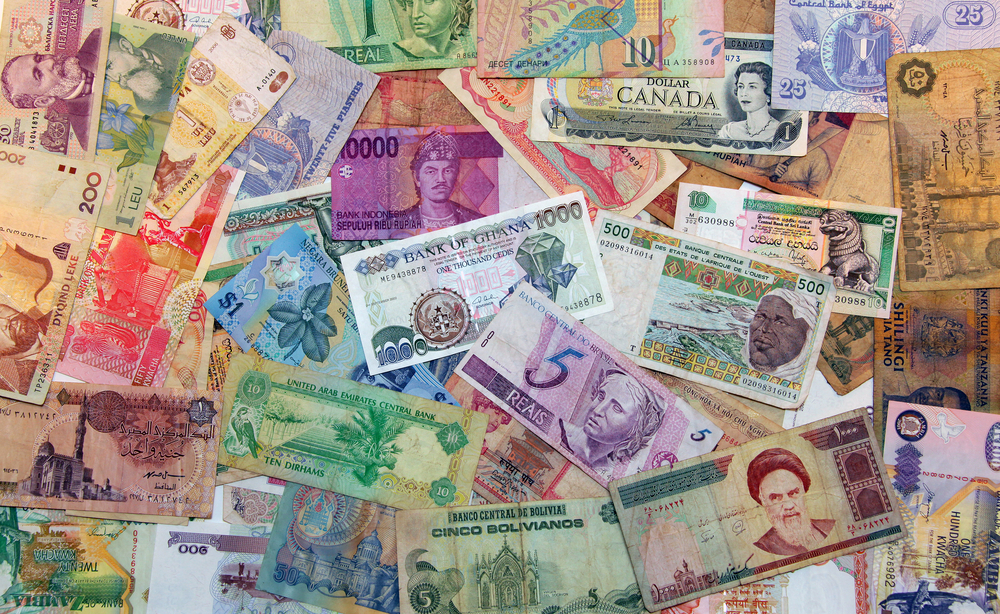 One complication of the coronavirus crisis is that it requires that policy decisions weigh public health issues against economic concerns. Economic advisors should be conscious of their own uncertainty as well as the significant and long-term consequences for those acting on their advice. A recent problematic example includes economic advisor Peter Navarro attempting to influence decision making over the use of hydroxychloroquine as a “cure” by claiming his background in statistics made him qualified to address public health matters. While I suspect few would agree with this kind of policy advising, economist advisors still have a vital role to play in conversations regarding the reopening of the economy. Now that the projected infection rates and fatalities of COVID-19 have been revised downward in many regions, concern has shifted to how and when the economy should be restarted. Economic advisors will give advice (and have now given) that could have significant public health consequences. This raises the following question: Given that other professions who work for the public good must adhere to codes of professional ethics, is it time for economists to do the same?

First, we need to consider in general terms why this issue is so pertinent now. With mounting job losses and a prolonged period without production, some of the economic forecasts are grim. The risks are so great the economic downturn could mirror the Great Depression. The hope is that once restrictions are rescinded, we will be facing a “V-shaped” recession where a sudden downturn is followed by a sudden upswing. But the longer the restrictions are in place, the greater risk there is that the economy will take longer to recover. Alternatively, there is the risk that if restrictions are lifted too soon, there will be a second wave of infections without a vaccine. This appears to pit economic concerns against public health concerns, however, the problem is complicated by the fact that a recurring public health crisis would be even more costly to the economy than the current downturn. According to economist Andrew Atkeson, if the epidemic continues to grow the economy will grind to a halt anyways. Even if reopening the economy is warranted, such efforts will be problematic for economic and public health if it is done haphazardly. Economic advising always involves ethical issues, but it is this current question that highlights the ethical significance that policy advice can have.

One might expect that economists, given their potential to bring about significant ethically salient consequences, would have an ethical code to turn to. Such codes are common in other professions which are relevant to the public good. For example, engineering students in Canada and in the United States graduate with a ceremony where they recognize their ethical obligations to the discipline and to the public good, and they wear a ring as a symbol of their commitment to those obligations. Other fields (accountants, lawyers, journalists, and more) are bound by professional codes of conduct. In Western medicine, it is common for students to affirm the Hippocratic Oath. Many of these professional codes stress the importance of nonmaleficence, professional integrity, transparency, and accountability. Economists have no such oaths which they are expected to affirm or swear by.

Of course, one may ask why any kind of professional code of ethics, particularly when it comes to policy advice, is necessary? According to a value-free ideal of science, the conduct of research and the application of research are two different things. In order to keep the study of economics as non-political and value-free as possible, economists must only consider the accuracy of their findings and report those findings accurately to policy makers; after that, the political and ethical concerns belong to policy makers alone. For example, in his 1956 paper “Valuation and Acceptance of Scientific Hypotheses” Richard C. Jeffrey argues that scientists are only supposed to assign probabilities to hypotheses and then allow the acceptance of these hypotheses to be a matter of public acceptance. So, economists should be isolated from policy making and concerns about the public good as their only function is merely to analyze the data.

This argument became prominent in many different forms in the 20th century. Robert Nelson, an economist who formerly worked in the Office of Policy Analysis in the Office of the Secretary of the Interior for almost 20 years, notes in his own working experiences the force that this thinking had. Identifying the desire to clearly separate science from politics as a matter of progressive-era thinking, he notes that while this was the expectation, it was never a matter of practice. He explains:

“Economy policy analysts in government, as I was discovering, were not simply told to study the technical means of implementing a given policy and to report the scientific results back to their superiors. Rather economy policy analysis often functioned themselves as strong advocates for particular policy positions.”

Part of the problem, as Nelson explains it, is that there is a gap between democratic institutions and the degree of expertise required to make complex choices. An expert-policy advisor cannot simply analyze the data and relay their findings because neither the public nor many of these decision makers have the expertise to know what to do with that information. This creates a practical obstacle to the value-free ideal.

In addition, the mere use of certain data or certain statistical indicators can have political salience. As Susan Offutt notes, measurements like unemployment can have political consequences. But so does a lack of agreement on how to measure poverty or a “green” GDP. Deciding what is measured and how is a matter for economists to determine. The analyses found in policy advising are already politically influential even if it is the policy makers who ultimately decide what to do with that information.

Economic advisors right now need to balance a number of concerns. Should the focus be on securing public health? Should the focus be on economic growth? Should personal liberty be a factor? Some of the arguments for establishing an ethical code for economists draw analogies between fields like medicine and environmental policymaking. For example, like the field of medicine there is a distinction between experts and those who are the target of that expertise. This creates asymmetries in power, status, and knowledge. In a doctor-patient relationship this asymmetrical relationship creates ethical responsibilities for the physician to do no harm to a patient. This means that they recognize the degree of uncertainty before advising and recommending treatments, and do not arbitrarily violate the patient’s expressed wishes.

In contrast, economist George DeMartino has argued that economists working for institutions like the IMF, the World Bank, and others have pursued policies on the basis of optimal anticipated outcome rather than risk of failure. He describes how for decades inhabitants of developing countries have been subject to policies based on this thinking and have suffered for it. He explains:

“The 1980s inaugurated an extraordinary, sustained period of avoidable human suffering in the South, a chief cause of which was the failed neoliberal experiment. I use the word ‘experiment’ purposefully, since it seemed clear then and certainly does now that this was an instance in which economists took advantage of an extraordinary, historically unprecedented opportunity to design and test-drive a shiny new economic model over the objections of what were essentially unwilling subjects across the South.”

Would it be ethical for a doctor to advise risky treatments and then to have them carried out against a patient’s wishes? No. So, why should economists be treated differently if they are capable of causing harm on a large scale? Even if medical codes of ethics are not suited to economics, the relevant differences between medicine and economics do not lead to the conclusion that ethics should be of no concern to the economist.

Returning to our current crisis, stop and think about the potential for death, poverty, unemployment, misery, and suffering that is riding on the decisions which are being influenced by policy advisors right now. Should these people be held accountable to an ethical code of conduct?

In his 2005 paper DeMartino notes that despite the power and responsibilities that economic advisors can wield, there is no professional ethics body within the field of economics. Even today, prestigious economics programs at MIT and Princeton do not require economic ethical training. At the end of his paper, DeMartino’s prospective “Economist’s Oath” makes reference to using one’s power for the community good, it specifies that communities are not mere means to ends, and it declares that economics is an imperfect science that carries risks and dangers. Much of what this means in practice would need to be clarified over time, but as a resource to turn to, it could be a promising start. Given that many of these dangers and risks are now present in the COVID-19 crisis, the time may have come when the public should not only expect that economic advisors follow an economics ethical code, they should demand it. 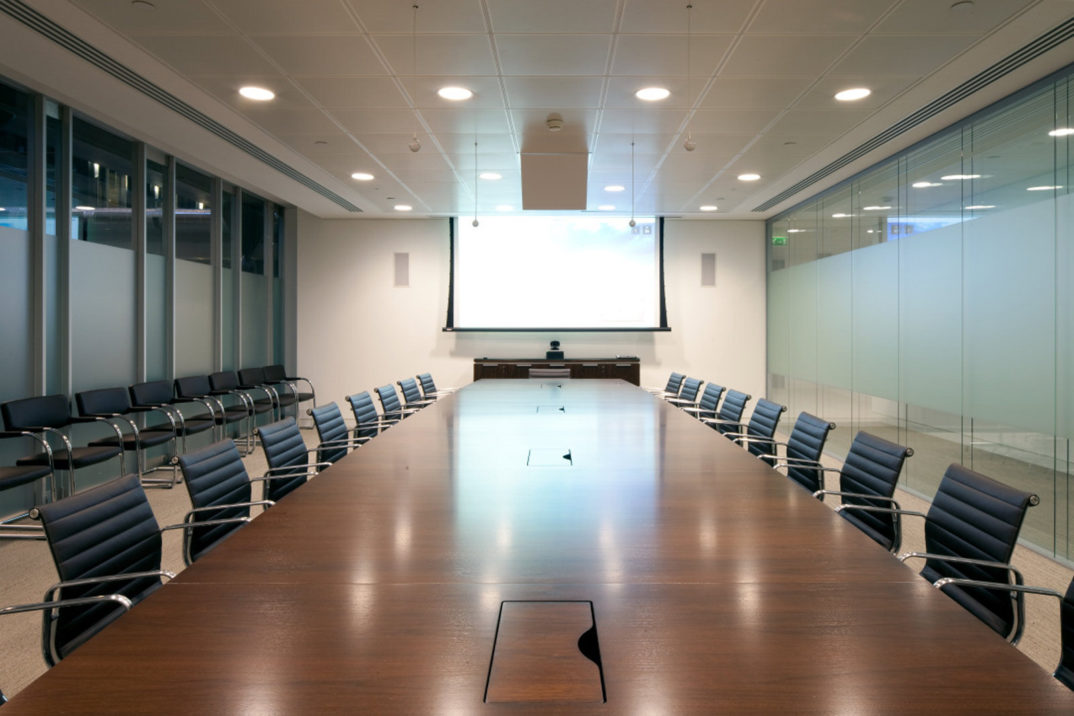