In 2014, the first season of the hit podcast Serial aired. It told the story of the murder of Hae Min Lee and the subsequent trial and conviction of her one-time boyfriend, Adnan Syed. Each episode explored evidence for and against Syed’s guilt, and, by the end of the season, both host and listeners were left with lingering doubts. Eight years later, on September 19th, 2022, Syed’s sentence was vacated, and he was released from prison after serving 23 years.

The case against Syed in 1999 was based primarily on two forms of evidence: the eyewitness testimony of Jay Wilds and cell phone tower evidence that purportedly supported Wilds’s description of the events of the crime.

Though the specific details changed from one telling to the next, Wilds’s basic story was that Syed strangled Lee to death in her own car in the parking lot of a Best Buy and then called Wilds for help with disposal of her body. The two allegedly worked together to bury Hae in a shallow grave in a nearby park. A cell phone expert in the original trial testified that the locations that Syed’s cell phone pinged that day corroborated Wilds’s basic account of the events that took place on the day of the murder, including pinging in the location where Hae’s body was later found.

Sara Koenig, the journalist who hosted and did much of the research and investigation for the show, was drawn to the case because of some of the clear holes in both the initial investigation and the trial. Among the most noteworthy of these was an eyewitness, Asia McClain, who claimed to have interacted with Adnan at length at the local library at precisely the time the state alleged that he was committing the crime. Though Syed’s lawyer, Christina Gutierrez, was aware of the alibi witness, she never contacted McClain and the jury never heard about the alibi. Gutierrez was disbarred for unprofessional conduct in a different case shortly thereafter.

The only evidence the state gathered to corroborate the eyewitness testimony offered by Wilds was the cell-phone evidence. Even at the time, that evidence suggested an elaborate and improbable route through the city on the afternoon of the murder. During their investigation, Koenig and her team found disclaimers from the cell phone company at the time which explicitly said that it could not confirm the veracity of reported locations associated with incoming calls. And yet pings associated with incoming calls were used to corroborate eyewitness testimony and to ultimately convict Syed. During both the bail hearings and the trial, the state engaged in racial stereotyping about violent and passionate Middle Eastern men to suggest that Syed killed Hae because he couldn’t endure having his “honor besmirched” when she broke up with him.

In light of the reporting in the podcast, many listeners concluded that the state did not meet its burden of proof in the case. Syed may or may not be guilty, but the evidence presented against him should not have led to a conviction.

Serial was one of the first massively successful podcasts; in many ways it defined the genre. And this resulted in tremendous media attention on the case.

Despite all of this attention, it was a new law passed in the state of Maryland that finally led to the reexamination of the facts of the case — the Juvenile Restoration Act. Among other provisions protecting youth, the act provides some potential relief for offenders who committed crimes while still juveniles. If an offender who committed the crime for which they were convicted was under the age of 18 at the time, they can ask the court to reduce their sentence and possibly even let them out.

Syed’s case qualified, and this initiated a sentencing review which required the state’s attorney to look at the case with fresh eyes. When she did so, the attorney found a handful of shocking things, including handwritten notes in the prosecutor’s files suggesting an alternate suspect in the case. This information was never shared with Syed’s attorney. Since the Syed conviction, Bill Ritz, one of the main detectives responsible for interrogating Jay Wilds, has been investigated for coaching eyewitnesses.

The totality of the evidence — the constantly changing eyewitness testimony, the erroneous cell-phone evidence testimony at trial, the existence of other viable suspects — suggested that the state could no longer justifiably hold Syed in prison any longer.

This does not mean that Syed is innocent, only that the case against him was hopelessly flawed at many stages.

This case introduces a cluster of questions about justice and the role of emerging technology in the criminal justice system. Perhaps most noteworthy is the question posed by the Juvenile Restoration Act that necessitated the reassessment of Syed’s case. At the heart of this issue are questions about what it is to act autonomously and the kinds of mitigating factors that might diminish a person’s culpability. We tend to think of children as moral patients rather than moral agents — moral agents are thought to be able to think clearly about alternatives and to effectively weigh their reasons for action given their interests and the interests of those about whom they care. They are capable of considering consequences carefully and of choosing to act in the interest of what they take to be the good. Moral patients, on the other hand, are sentient beings who are not capable of engaging in this kind of reflection for one reason or another.

It is clear that infant children cannot act autonomously; they are moral patients. It is less obvious where the cutoff point is for older children.

When we speak about teenagers outside of the context of their criminal culpability, we are quick to acknowledge that the changes young people go through at this age can make them almost unrecognizable to their loved ones at times. Hormones, intense emotional reactions, and mental health struggles that are common among people this age cause people to act in ways that might be less autonomous than we would expect from a moral agent. People this age can also often be easily manipulated by charismatic figures who seem to have all the answers. These kinds of considerations led to the ruling that Lee Boyd Malvo – 17 years old when he participated in the spree killings known as the D.C Sniper Murders – must be resentenced in Maryland.

The case also poses the related question of whether juveniles should be sentenced to life in prison without parole when their conviction was secured on the basis of circumstantial evidence. Such convictions are always less than ideal because they could be miscarriages of justice, but the harm done when the offender is a juvenile is particularly acute because it potentially prevents them from engaging in all of the life and character-building that is critical to late adolescence and early adulthood. The Juvenile Restoration Act recognizes the complexities of cases involving minors and, going forward, bans all sentences of life without parole for juveniles in Maryland.

Serial transformed Syed’s case into a cultural phenomenon. Internet sleuths all over the world assessed the evidence and discussed their findings with one another. This podcast marks a shift toward crowd-sourcing detective work.

Since it came out in 2014, countless other podcasts have made true crime cases their focus. The hosts of these podcasts often do not have the background in reputable journalism that Sara Koenig has — many hosts are just armchair sleuths pontificating about cases with a beer and a microphone in their garage. Some armchair sleuthing, such as the work done by civilians explored in the Netflix documentary special Don’t F**k With Cats, leads to progress in a case. Perhaps even more often, however, idle speculation and rumor mills end up unfairly maligning people and ruining their lives.

How many convicted people like Adnan are out there who were convicted on the basis of unreliable witness testimony whose cases didn’t get made into popular podcasts?

It can be a good thing for a convicted person when the case against them is viewed with a critical eye. But most convicted people do not get this chance since the appellate process typically focuses on procedural fairness and not on factual innocence.

Finally, a highly public case like this leads to even more pain for the victim’s families. Syed was convicted in 1999. Going through that process was difficult enough for families and now countless people are questioning whether the courts got the conviction wrong. Though this sort of scrutiny can be useful to achieve justice, relitigating a case, either literally or figuratively, can leave a family feeling like the very worst moments of their lives will never end. The state prosecutes criminals using taxpayer money and these stories become part of our culture and our collective identity. As such, there is a sense in which these stories belong not just to individuals but to communities. There is also a sense in which they don’t — individuals and their families are the parties who actually experienced the pain and devastation caused by a crime. Even if the wrong person was convicted, sensitivity to the victims remains important.

Streaming services for podcasts, movies, and television have led to a proliferation of true crime entertainment. Though one of the goals may be justice, it would be disingenuous to suggest that they do not use tragic crimes to entertain viewers. At the very least, the proliferation of the phenomenon should motivate discussion about the role that true crime storytelling plays in our culture. 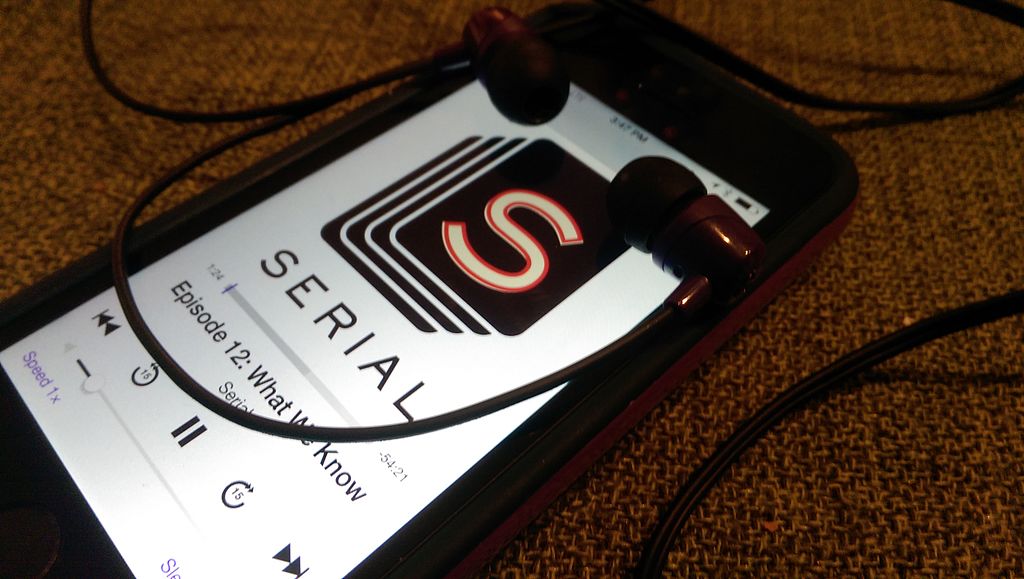 In late 2016, Up and Vanished, a podcast produced and hosted by independent filmmaker-turned-podcaster Payne Lindsey, released its first episode.  The topic of the podcast is the until recently cold murder case of Georgia eleventh-grade history teacher Tara Grinstead.  Grinstead went missing, presumably from her home in Ocilla, Georgia, in October 2005.