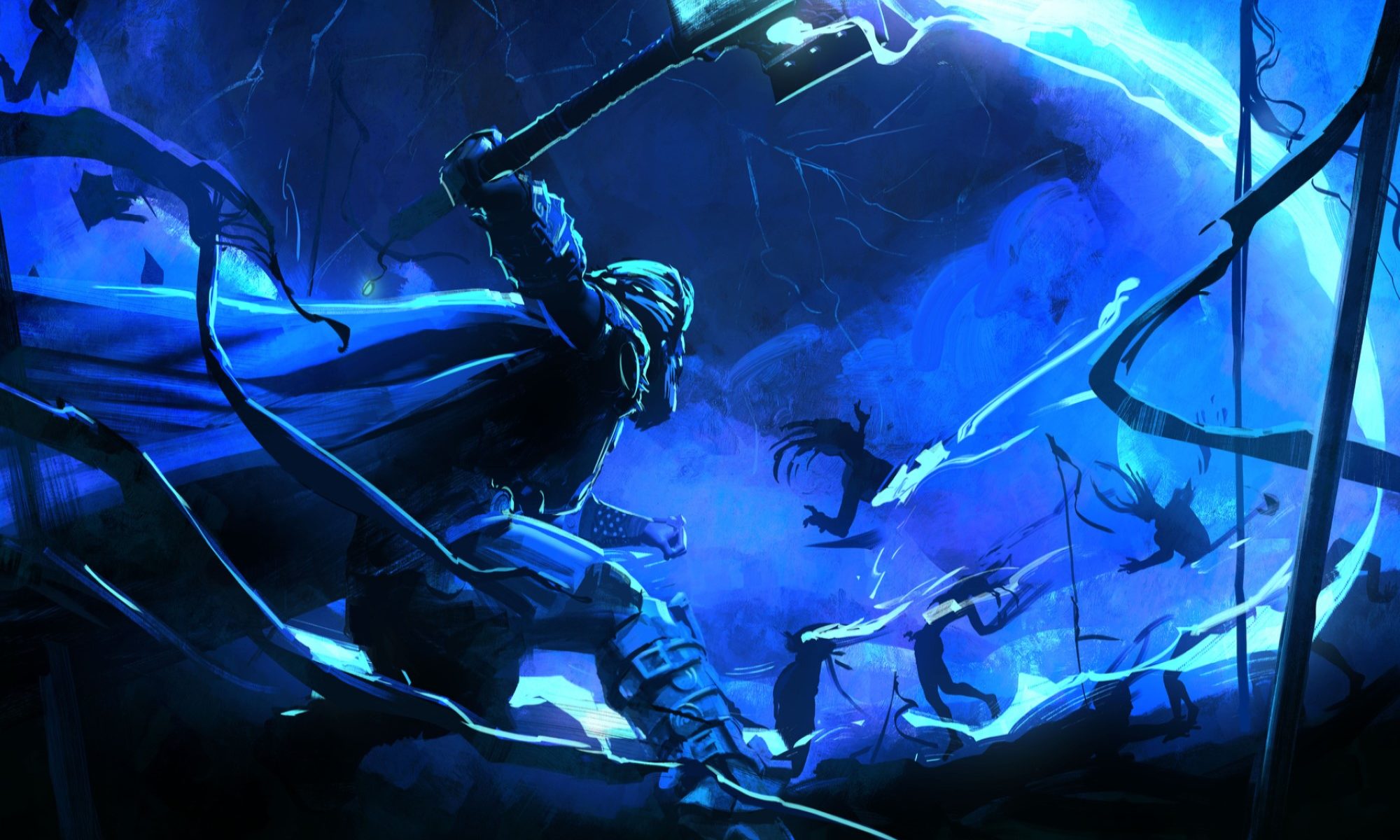 This article contains spoilers for the film Thor: Love and Thunder (also known as Thor 4).

The Marvel Cinematic Universe has long been criticized for its “villain problem” — with a few notable exceptions (like Thor’s Loki, Black Panther’s Killmonger, and Thanos from the Avengers series),

the antagonists of most Marvel films are generally unremarkable “bad guys” whose narratival existence seems to be justified mostly by giving the heroes something to punch.

But the latest movie in the MCU — Taika Waititi’s Thor: Love and Thunder — breaks this pattern by introducing Gorr the God-Butcher, played by Christian Bale.

Because, unlike Ronan’s fanaticism (in Guardians of the Galaxy) or Yon-Rogg’s toxic masculinity (in Captain Marvel), Gorr the God-Butcher’s divine bloodthirstiness might actually be justified.

The film opens by introducing Gorr before he gains his god-killing powers. Destitute and starving, he stumbles through a desert wasteland, carrying his young daughter while praying to his god, Rapu, for help. When the deity fails to appear, Gorr’s daughter dies. As Gorr prepares for his own death, an oasis suddenly appears nearby where Gorr discovers Rapu celebrating the defeat of a would-be assassin. Gorr confronts Rapu, pleading for the answers and assistance long-promised by Gorr’s faith, but Rapu just laughs and ridicules the man, telling him that Gorr’s people are irrelevant and that the gods don’t actually care about anyone — they just expect to be worshiped. Enraged, Gorr picks up the dead assassin’s weapon and murders Rapu, vowing to avenge his daughter by cleansing the universe of the gods.

Although the movie never explains what kind of god Rapu is (as Zeus is the god of lightning and Thor is the god of thunder), Gorr clearly expects him to be both extremely powerful and benevolent to his worshipers.

This means that the opening scene of Love and Thunder portrays Gorr’s painful confrontation with what philosophers and theologians often refer to as the Problem of Evil.

Basically, many theistic traditions hold that God is both omnipotent (or “all-powerful,” able to perform all logically-possible actions) and morally perfect (or “all-good,” maximally loving and kind). But the existence of evil poses a problem for this view of the divine: if God is omnipotent, then God would be able to prevent any evil action or event from occurring; if God is morally perfect, then God would want to prevent that evil — so why, then, does evil exist? As the 18th-century British philosopher David Hume puts it (ostensibly quoting the ancient Greek philosopher Epicurus): “Is God willing to prevent evil, but not able? Then he is not omnipotent. Is he able, but not willing? Then he is malevolent. Is he both able and willing? Then from whence comes evil?”

the defender of a classical theistic picture might offer a nuanced definition of either the divine properties or the concept of “evil” such that God could be properly omnipotent and omnibenevolent while still allowing evil to exist.

For example, it might be the case that God is all-powerful and morally perfect, but that evil exists necessarily, either on its own or as a consequence of something else (“creaturely free will” or “the possibility of genuine growth” are common suggestions) — it would then not be logically possible for God to fully prevent evil (no more so than God could make a triangle have four sides). Sometimes, theodicies — the technical term for purported solutions to the Problem of Evil — suggest that “evil” is a misnomer because what appears evil to individuals in the short-term can only be fully appreciated from a broad perspective over the grand picture of reality (as it is sometimes put, “God has a plan” or “God’s ways are not our ways”).

But such explanations were no comfort to Gorr: he became the God-Butcher precisely because the plans of the gods, at best, required the death of his daughter (at worst, they hadn’t considered her plight at all).

In this way, Gorr’s reaction is akin to (though considerably more violent than) that of Ivan Karamazov from Dostoyevsky’s The Brothers Karamazov: in the famous chapter “Rebellion,” Ivan tells his brother Alyosha that he has lost his faith in God, not because he believes God does not exist, but because he no longer cares to worship someone so numb to the pains of the world. After listing a series of terrible stories about tortured children (and imagining that one day all tears might be wiped away by God’s harmonious plan granting tickets to heaven), Ivan cries, “I renounce the higher harmony altogether. It’s not worth the tears of that one tortured child who beat itself on the breast with its little fist and prayed in its stinking outhouse, with its unexpiated tears to ‘dear, kind God’!…It’s not God that I don’t accept, Alyosha, only I most respectfully return Him the ticket.”

To be fair, the picture of God in classical theism is considerably different from the gods that Gorr kills in the MCU. While beings like Thor and Odin are extremely powerful, they are still limited by space and time, by material needs (like hunger and sleep), and by mortality (just on a much longer scale). St. Anselm of Canterbury described God as “a being than which nothing greater can be conceived” — certainly “Rapu who cannot be beheaded” is conceivable, which means that the actual Rapu we see die in Thor 4 fails Anselm’s definition.

But notice how the most extreme picture of omnipotent (and omnibenevolent) divinity only sharpens the Problem of Evil: maybe Rapu was very powerful, but he was clearly not all-powerful (or else he, by definition, would not have been defeated). If fans think that Gorr’s actions might be justifiable, then it’s worth thinking more about the implications that has for theodicies in the non-fictional world. 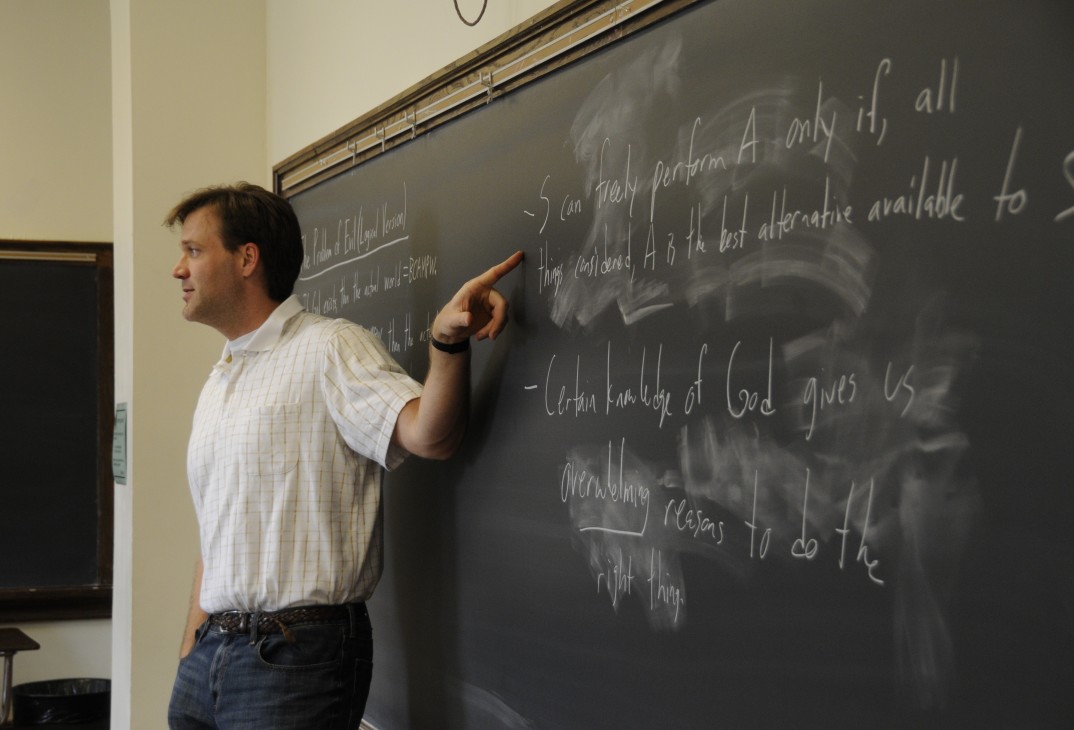