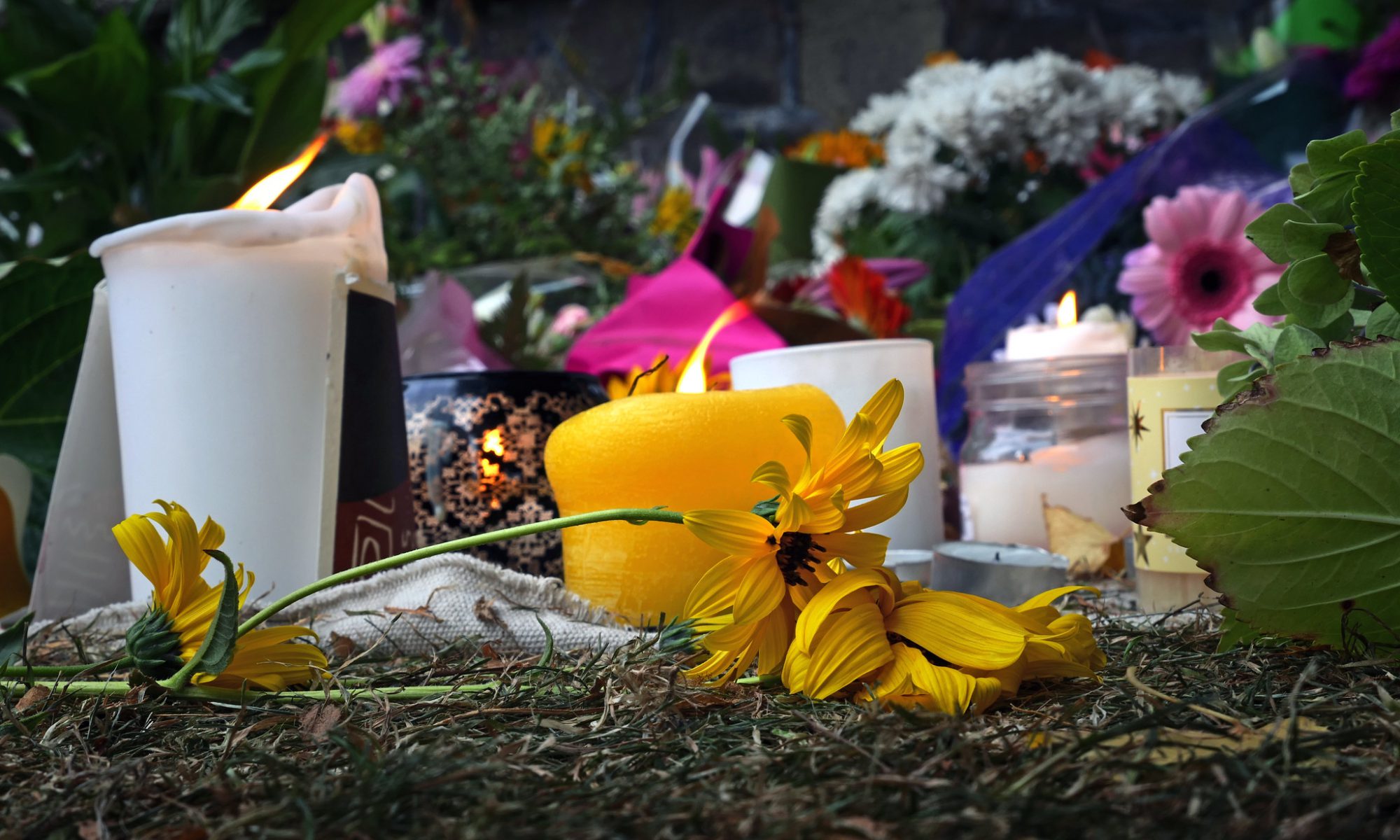 Almost three weeks ago, on Friday March 15, 2019, the world looked on in horror as news broke of a terrorist attack perpetrated by a white supremacist against a community of Muslims during Friday prayers at two Mosques in Christchurch, New Zealand. The gunman, a 28-year-old Australian man, killed 50 people with a cache of weapons including semi-automatic rifles emblazoned with white nationalist symbols. He streamed film footage live on social media before and during the massacre. (Jacinda Ardern, New Zealand’s Prime Minister, has promised not to speak the terrorist’s name in public so as to deprive him of the fame he desires. Many news outlets in New Zealand and Australia have followed by continuing not to use his name, and in that spirit, this article will also decline to use his name.)

This individual was not known to authorities or to security agencies in Australia or New Zealand, but subsequent searches show that he supported Australian far right groups (now banned on social media) and was an active member of several online white supremacist forums. Prior to the massacre he published a 74-page “manifesto” online titled “the great replacement” in which he enthusiastically discusses various neo-fascist modus operandi including creating an atmosphere of fear in Muslim communities. He describes himself as a “regular white man from a regular family” who “decided to take a stand to ensure a future for my people.” He said he wanted his attack on the mosques to send a message that “nowhere in the world is safe.”

The accused gunman mentioned Donald Trump in his manifesto, praising the US president as “a symbol of renewed white identity and common purpose.” Acting White House chief of staff Mick Mulvaney brushed off the association: “I don’t think it’s fair to cast this person as a supporter of Donald Trump” Mulvaney said, adding “This was a disturbed individual, an evil person.”

The notion of evil is evoked in particularly extreme and egregious circumstances. Doubtless Mulvaney is right about the gunman being disturbed, and perhaps about his being evil. Evil is a moral category that bears some examination; but statements of the ilk of Mulvaney’s, which emphasize the individual nature of the action are challenged by another view. Since this horrific event there has been much soul-searching and a great deal of public debate in the gunman’s home country of Australia about possible causes or exacerbating factors for such an event; or at least about its possible relationship to wider public sentiments about issues like race and immigration. Many have criticized the level of public discourse in Australia where some views espoused by mainstream media and mainstream politics seem to prefigure and presage many of the views expressed by the gunman in his manifesto.

It is being widely acknowledged that there has been a rise in anti-Muslim sentiment in mainstream political discourse; that incendiary platforms of anti-immigration and racist rhetoric have increasingly been employed not just by fringe right-wing political outfits (in Australia the One Nation party is a particularly egregious example) but also by the major political parties to drum up support and to create political advantage.

Examples are not difficult to find. In the days following the massacre Frazer Anning, a senator from One Nation (Australia’s furthest right, whitest, most nationalist minor party), was castigated for suggesting the mosque attack highlighted a “growing fear over an increasing Muslim presence” in Australian and New Zealand communities. These remarks are obviously abhorrent, and Anning will be formally censured in Parliament for them. But while Australian Prime Minister Scott Morrison was denouncing Anning, he was also explaining, or rather denying, remarks he himself is reported to have made in a strategy meeting as opposition Immigration spokesman, in which he reportedly urged his colleagues to capitalize on the electorate’s growing concerns about “Muslim immigration”, “Muslims in Australia” and the “inability” of Muslim migrants to integrate.

And all this is familiar to the Australian public who have just witnessed, in the weeks before the massacre, the government drumming up hysteria about refugees (most of whom are Muslim) by suggesting that they may be rapists and paedophiles, and that bringing them to Australia for medical treatment would deprive Australians of hospital beds. There is no doubt (even if Donald Trump denies it) that white supremacy is on the rise, that it is being fed by social media, and that the movement is feeling emboldened by the current political climate. Given this tinderbox of conditions, many believe that it was only a matter of time before it again erupted in violence.

So how do we square claims about the social and political conditions that feed such hatred with claims about the individual evil of the nature and actions of the one gunman who committed this massacre?

The question must be about responsibility. Acknowledging the conditions, which foment a general anxiety about race and immigration, and which embolden the already radicalized, are important parts of what we must as a (local and global) community come to terms with. Yet if we want to say that this was an act of evil perpetrated by an evil person, then we want it to be understood that that also means he is fully morally culpable, not that he is simply an instrument or product of the zeitgeist. We therefore must be aware of those who want to use that view to deflect responsibility away from themselves or their vested interests, including politicians whose policies and public pronouncements too closely resemble the evildoer’s message of hate.

So how do we think about the notion of moral evil – and assess the moral usefulness of that concept here? There is a long history in philosophy of discussions of the nature of evil. Historically, evil has been a theological concept, and much philosophical discussion has tended to focus on ‘natural’ rather than ‘moral’ evil (natural evil is said to include bad events or bad things that happen over which agents have no control). Reasons for shunning the concept of evil in modern moral discourse are its sense of the supernatural, and because it can be thought to, by evoking a sense of mystery, express a lack of understanding and of reason. In the secular systems of philosophy, evil as a moral concept has often been eschewed in favor of moral categories of ‘wrong’ and ‘bad.’

When people say, following such an event, that ‘it was an act of evil’, what do they mean? Even if the category of evil is evoked over and above badness or wrongness, there may be different understandings of its distinction from these categories. Is evil different in kind, that is, is it qualitatively different, from an act that is just morally wrong, or may be described as bad? If that is the case, then there must be some element an evil act possesses that an act that is simply morally wrong does not. Yet it has not been easy for philosophers to pinpoint what that element is. It has been suggested, for example, by Hillel Steiner in his article “Calibrating Evil” that the quality present in an evil act that is not present in an act of ‘ordinary wrong’ is that of the pleasure derived by the perpetrator from the act. On the other hand, it could be argued that evil is quantitatively different from acts of ordinary badness, and that as a moral category it serves to amplify our understanding of the moral terribleness of an action.

Regardless of your metaphysical commitments on these questions, a reason for turning to the concept of evil in moral philosophy is that the moral categories of ‘wrong’ and ‘bad’ are at times not enough to capture the moral significance of horrors which seem to go beyond the limits of those concepts. Hannah Arendt famously wrote about the concept of evil, in the context of her report on the trial of Adolf Eichmann, one of the chief architects, and bureaucrats, of the Jewish Holocaust. (As it happens, both her theory and her source material seem to be relevant here.) Arendt employed the idiom ‘evil beyond vice’ to name a kind of radical evil, one she saw as coming to fruition in the horrors of the Nazi death camps and the ‘final solution’. She analyzes evil of that nature as being a form of wrongdoing that cannot be captured by other moral concepts; that involves making human beings superfluous and that is not done for humanly understandable motives like self-interest.

Though a great deal of philosophical ethics is normative – gives us the tools to discern in a variety of situations, right from wrong and good from bad – following an event like the Christchurch massacre it seems that the role of ethics becomes partly a descriptive one – so that we use moral concepts to come to terms with, and face honestly up to, the terribleness of such events.

The paradigm for evil since the Second World War is the horror of the Nazi regime and the Jewish holocaust. It is very disturbing that there is a link, and not an incidental one, between that paradigm of evil and the motivations of the evil of the Christchurch shooter. White nationalism is white supremacy and white supremacy is neo-Nazism. There are ample pictures on the internet of the groups with which the Christchurch shooter identified, and countless groups like them, showing people displaying swastikas and doing the Nazi salute. Even the United States president Donald Trump ostensibly claimed that there were ‘fine people’ marching with torches in a white supremacist rally in Charlottesville in 2018.

Calling this an act of evil may, or may by some using that designation, be meant to distance it or cut it off from factors which the speaker has a reason to be defensive about. Yet there is no reason to accept the implication that an evil act is an act that occurs in isolation from social and political forces. Matters of causality are difficult, and almost always opaque. Not every individual engaged in nationalist chat rooms or racist conspiracy theories will commit an atrocity, but the discussions in those spaces will foment and galvanize the hatred. And every politician’s casually nationalist or off-handed racist statement or policy adds to the normalization of the same sorts of messages that white supremacists promote. All of this matters because it will help create the atmosphere for such unspeakable acts of evil to take place. 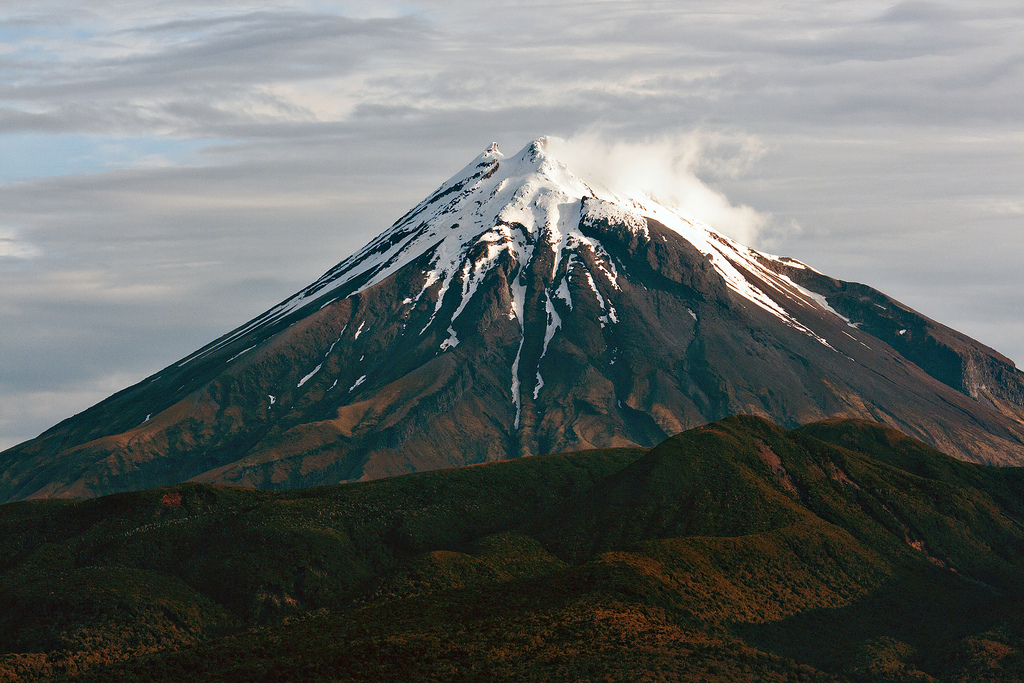