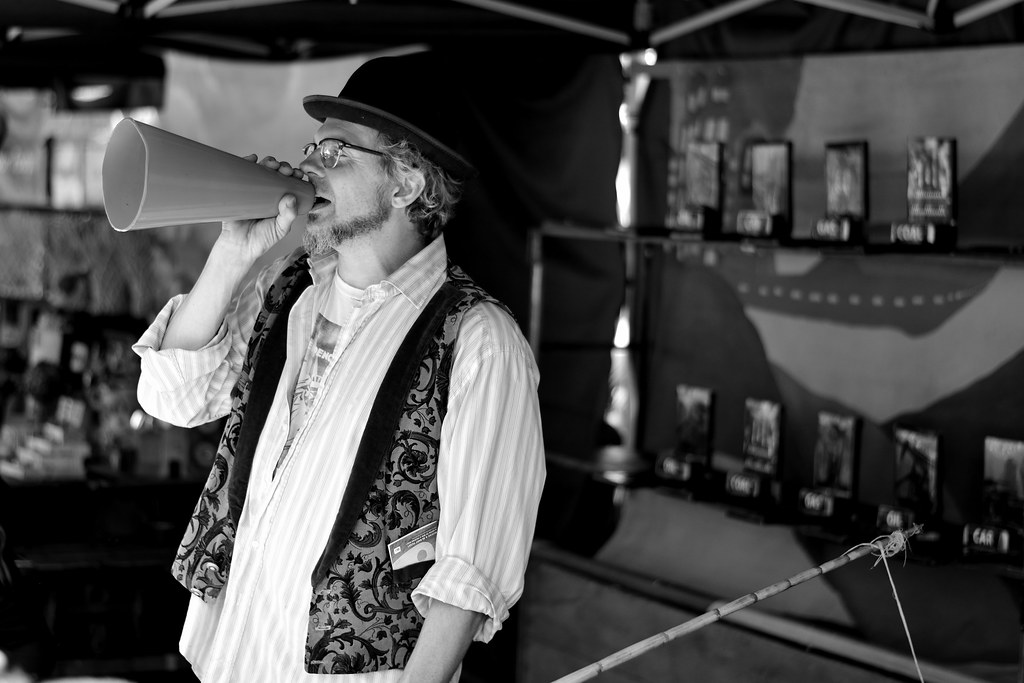 At the recent CES event, Twitter’s director of product management Suzanne Xie announced some proposed changes to Twitter which are aimed to begin rolling out in a beta version this year. They represent fundamental and important changes to the ways that conversations are had on the platform, including the ability to make tweets to limited groups of users (as opposed to globally), and perhaps the biggest change, tweets that cannot be replied to (what Twitter is calling “statements”). Xie stated that the changes were meant to prevent what are seen by Twitter as unhealthy behavior by its users, including “getting ratio’d” (when one’s Tweet receives a very high ratio of replies to likes, which is taken to represent general disapproval), and “getting dunked on” (a phenomenon in which the replies to one’s tweet are very critical, often going into detail about why the original poster was wrong).

If you have spent any amount of time on Twitter you have no doubt come across the kind of toxic behavior that the platform has become infamous for: people being rude, insulting, and aggressive is commonplace. So one might think that any change that might reduce this toxicity should be welcomed.

The changes that Twitter is proposing, however, could have some seriously negative consequences, especially when it comes to the potential for spreading misinformation.

First things first: when people act aggressively and threatening on Twitter, they are acting badly. While there are many parts of the internet that can seem like cesspools of vile opinions (various parts of YouTube, Facebook, and basically every comment section on any news website), Twitter has long had the reputation of being a place where nasty prejudices of any kind you can imagine run amok. Twitter itself has recognized that people who use the platform for the expression of racist, sexist, homophobic, and transphobic views (among others) are a problem, and have in the past taken some measures to curb this kind of behavior. It would be a good thing, then, if Twitter could take further steps to actually deter this kind of behavior.

The problem with allowing users the ability to Tweet in such a way that it cannot receive any feedback, though, is that the community can provide valuable information about the quality and trustworthiness about the content of a tweet. Consider first the phenomenon of “getting ratio’d”. While Twitter gives users the ability to endorse Tweets – in the form of “hearts” – it does not have any explicit mechanism in place that can allow users to show their disapproval – there is no non-heart equivalent. In the absence of a disapproval mechanism, Twitter users generally take a high ratio of replies-to-hearts to be an indication of disapproval (there are exceptions to this: when someone asks a question or seeks out advice, they may receive a lot of replies, thus resulting in a relatively high ratio that signals engagement as opposed to disapproval). Community signaling of disapproval can provide important information, especially when it comes from individuals in positions of power. For example, if a politician makes a false or spurious claim, their getting ratio’d can indicate to others that the information being presented should not be accepted uncritically. In the absence of such a mechanism it is much more difficult to determine the quality of information.

In addition to the quantity of responses that contribute to a ratio, the content of those responses can also help others determine whether the content of a tweet should be accepted. Consider, for example, the existence of a world leader who does not believe that global warming is occurring, and who tweets as such to their many followers. If this tweet were merely made as a statement without the possibility of a conversation occurring afterwards, those who believe the content of the tweet will not be exposed to arguments that correctly show it to be false.

A concern with limiting the kinds of conversations that can occur on Twitter, then, is that preventing replies can seriously limit the ability of the community to indicate that one is spreading misinformation. This is especially worrisome, given recent studies that suggest that so-called “fake news” can spread very quickly on Twitter, and in some cases much more quickly than the truth.

At this point, before the changes have been implemented, it is unclear whether the benefits will outweigh the costs. And while one should always be cautious when getting information from Twitter, in the absence of any possibility for community feedback it is perhaps worth employing an even healthier skepticism in the future. 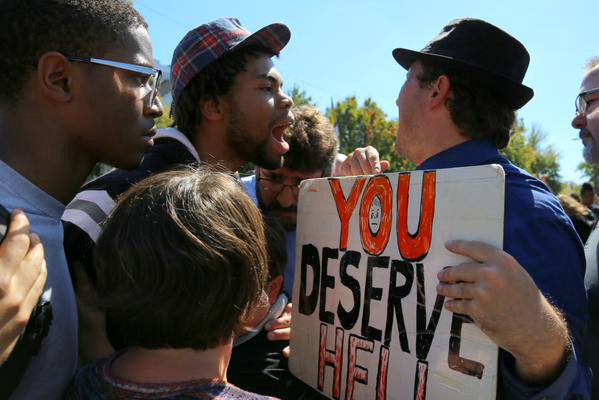 UPDATE: This article has been altered to include more eyewitness accounts.

The protesters of two weeks ago have sparked significant campus discussion. At the forum held in the late afternoon after the initial day of protests, many of the students in attendance expected to talk through the issues of the hate group that came to campus that day. These students were then confused when the forum went in a different direction. Some of the confusion may have arisen as a result of the fact that many students weren’t aware that there were two major events that took place on that day, not just one. A full picture of what happened on that first day of visits may help to explain why the forum took the direction it did.

What appears to be one issue (the protests led by Brother Jed and his group) is actually two. The first issue is the hateful message promoted by the visiting group that caused emotional distress for many on campus. However, there is an important second issue: the response by Greencastle and Indiana State police to some students of color who took part in the counter protest movement against Brother Jed’s group.

Brother Jed’s group, Campus Ministries USA, spoke prejudicially against many different groups. They called female students “whores” and said the following: “blacks are still slaves,” “blacks and gays worship a different God than us,” “it is not natural to put your penis in a rectum,” “carpet munchers keep your tongues to yourself,” and “militant feminists are ruining the world.” Their messages targeted almost every student on our campus, and every student has a right to be upset about them.

The police, in an effort to protect students from lawsuits and jail time if they were to commit an act of violence against the protesters, eventually detained one black student. He was protesting peacefully and had not committed any such act of violence. Soon after, a white student threw hot coffee at the protesters. The student was taken away with a hand behind her back and escorted back to her dorm room.

Shortly after, a black student was angered by one of the protesters. When the student became visibly agitated, a group of staff stepped in to support him. One of the staff members involved, Yug Gill, stated, “[The student] had already begun to calm down and wanted to be left alone when the police officer entered the staff bubble around the student. [The student] did not resist the police officer.” The policeman slammed the student to the concrete followed shortly after by a staff member of color who was trying to de-escalate the situation. The police officers used their knees to pin them down and the student was placed in handcuffs. Neither of the detained men had committed a violent act.

The disparity between the police’s response to the detained men of color and their response to the white student who threw the coffee is a one clear factor in the outpouring of anger, grief and confusion at the evening forum. It is also clear how this issue is uniquely a racial one.

With this picture of the events it is reasonable to see how students present at the protest and who witnessed the detaining of their classmates and friends understood the forum to be on the subject of the unfair detaining of people of color by the police. It is also reasonable to see how students not present would have expected the forum to be regarding Brother Jed’s group and their hateful messages. Neither expectation of the forum was wrong.

What is wrong is accusing students who wanted to discuss racial disparities in policing that day of “hijacking” the forum and arguing that it wasn’t the time or place to discuss race issues. It is wrong to pretend that we only have space in our campus discussions for one issue at a time and to continuously prioritize whichever is more comfortable.

I hope that we can create a culture of listening at DePauw where we stop and listen when we are faced with something uncomfortable rather than shutting it down. I hope we can create an intentional community where we listen and trust each other’s experiences. Learning these skills is essential to healing divides that exist on campus.

Greisy Genao, Yug Gill, and Vivie Nguyen helped write this post and provided all firsthand account of the protest on 9/23/15.