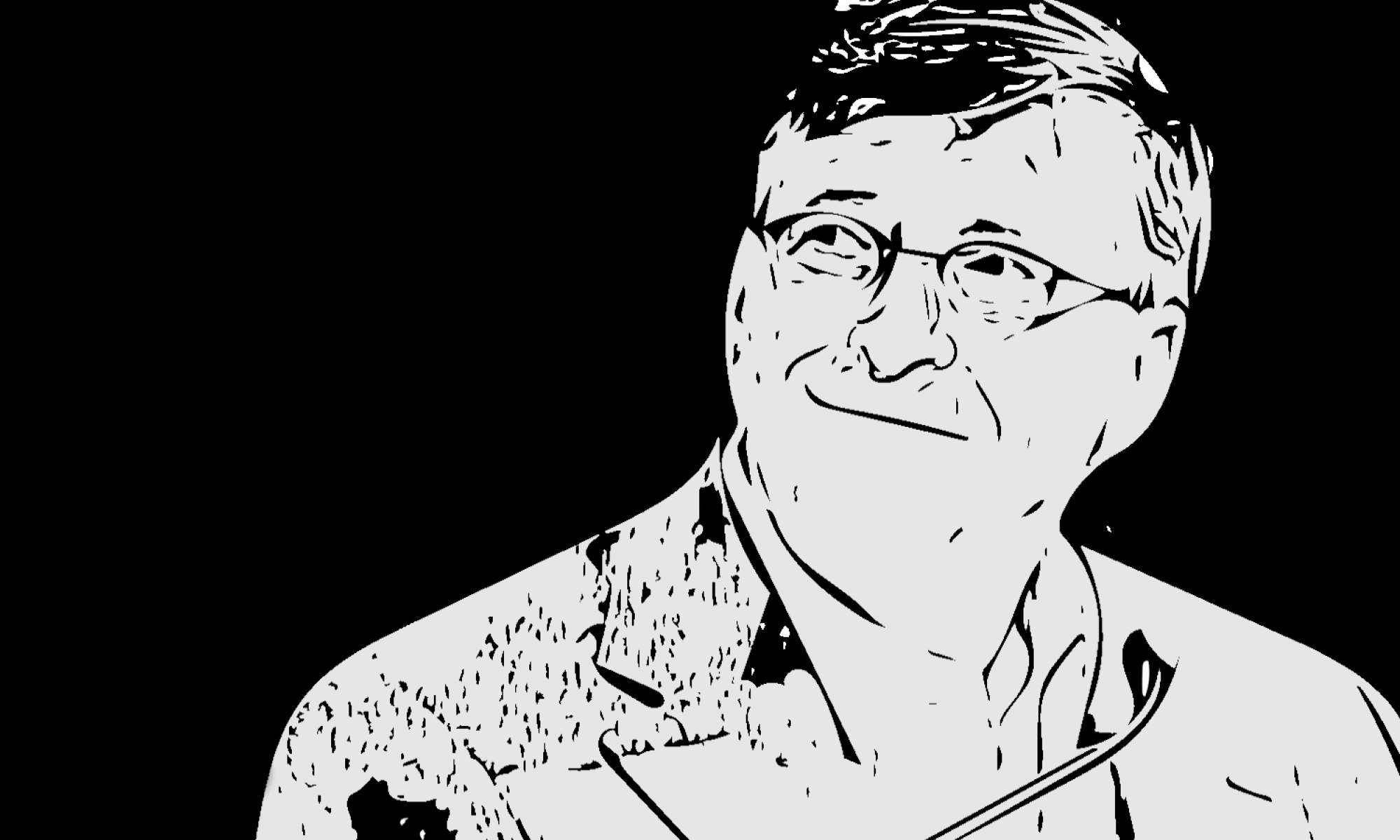 A few days ago, Bill Gates, worth $113 billion, made headlines by pledging to donate “virtually all” of his wealth and to “move off the list of the world’s richest people.” You may think that billionaires shouldn’t exist, or that they wouldn’t exist in a just economic system. You may think Gates is simply meeting his moral duty, and not doing anything morally praiseworthy. Or, you may think that, while Gates will never be poor, it is still laudable to pledge almost all of one’s wealth to a philanthropic cause. His wealth will surely save more lives and alleviate more suffering for having been donated. Furthermore, billionaires don’t generally live up to the Gates standard. You may not be able to take it with you, but the fact is that most billionaires die billionaires.

But the moral problem on which I want to focus is not the moral status of Gates’ pledge, whether it is morally required, or “supererogatory” (beyond the call of moral duty), but its moral bindingness.

If Gates, for whatever reason, decided to reverse his decision in ten years, to stop the yearly donations he plans, would he have the moral right to do so, given his earlier pledge?

It might seem obvious that Gates would have the moral right to revoke his pledge, if he had a change of heart. After all, personal pledges are not promises to other people where we would need their consent to let us off the hook and void the promise. Personal pledges are just statements of personal intention or commitment that our future selves will act in a certain way. And we can revoke such commitments as easily as we can make them. I can pledge to wake up at six tomorrow morning, but I can also revoke my pledge when I find myself awake at midnight tonight and realize I wouldn’t get enough sleep.

Things are not always this simple, though. The philosopher Derek Parfit provides a thought experiment in which a Russian nobleman, a young socialist, decides to commit the vast estates he will one day inherit to the peasants. He knows his preferences could change over time, especially after receiving a sizeable fortune. So he writes a legally binding contract that will automatically donate his estates. He also adds a clause stating that his pledge cannot be revoked without his wife’s consent, even if he has new reasons for wishing to revoke the pledge. He then tells his wife not to provide this consent, using her as a mechanism to force his current will onto his future self. If the nobleman does change his mind, he tells his wife, “he” will no longer exist, and the man seeking to revoke the pledge will have no right to do so. I think Bill Gates is doing something similar. He is making this pledge very publicly as a way of creating pressure on his future self to comply with the wishes of his current self.

In Parfit’s thought experiment, later in life, the nobleman does change his mind. His wife is forced to choose to honor the will of her current husband, wishing to revoke the pledge, or the earlier version of her husband. What would be morally right to do?

It seems morally acceptable for the wife to refuse to revoke the document, and honor the wishes of her younger husband. But if the husband is the same person who made the pledge, why shouldn’t he have the right to revoke it? Implicitly, the wife’s decision to uphold the document would suggest that she views the older husband as an imposter of some kind, as someone who lacks the moral authority to revoke a pledge made by another person. Perhaps something like the psychological distance between the younger and older versions of the husband means that the older husband isn’t in a position to revoke the pledge made by the younger husband.

But it also isn’t obvious that the wife has a moral duty to uphold the pledge. The older husband was the younger husband. He knows why he made the pledge earlier in his life, and he presumably knows a lot more besides that his younger self didn’t. And given all this, he wishes to revoke his pledge. It is his wealth, after all, and it isn’t clear who could possibly have the right to force him to give it away, if he now wishes to keep it.

Can the younger self really hold such a moral claim over the behavior of the older self? It is difficult to say.

More broadly, the promises, pledges, and commitments we make at particular points in our lives can bind both ourselves and others, often for a long time and sometimes even beyond death. Most college endowments, for example, are so-called “restricted endowments.” When they are made, requirements are placed on how the assets can be used. As such, endowments often express the (peculiar) wills of people who have long been dead and whose interests and values are often different to those which are common today. The Dudley Professorship of Railroad Engineering at Yale, for example, gifted in 1923 by Plimmon H. Dudley, can only be used for “work in connection with the development and improvement of designs of rails, roadbeds, and crossties.” Yale’s president, Richard C. Levin, admitted to The New York Times that, “I was kind of stumped as to what to do with the chair.” The professorship sat vacant for more than seventy years. My own college, the University of Edinburgh, is not unique in having an endowment-funded Parapsychology Unit, funded by a believer in the parapsychic. (The unit has expanded their research into the “pseudo-psi” – what’s not psychic but looks like it).

Such restrictions on the use of endowments are, for better or worse, legally binding. Whether the personal commitments and pledges made by our past selves are also morally binding on our future selves is a much more difficult question — one that Bill Gates may soon face. 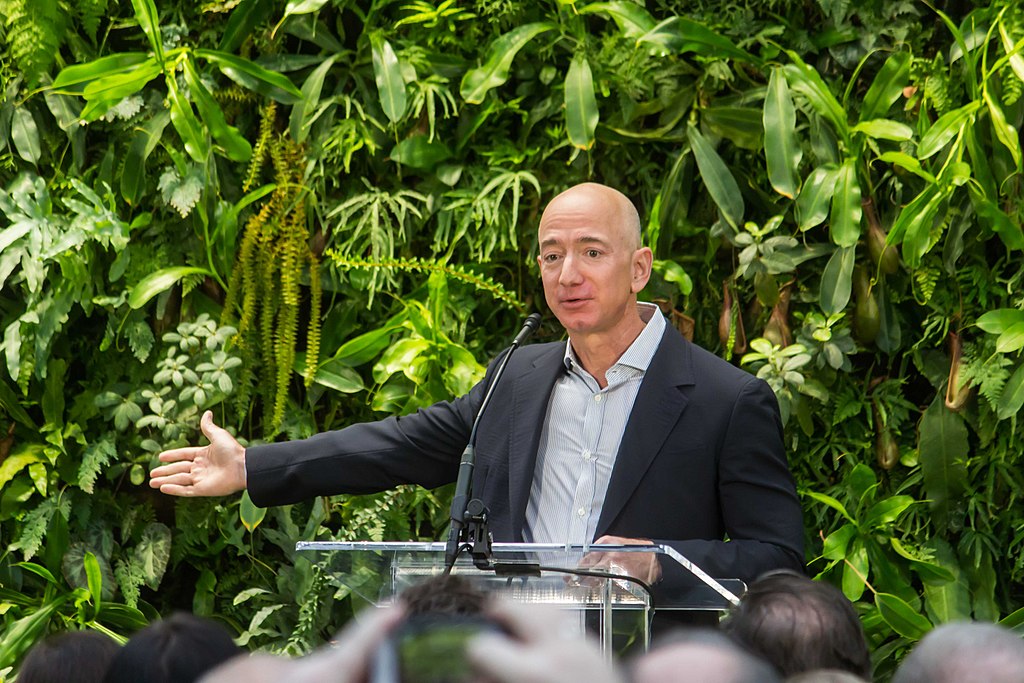 Jeff Bezos, founder of Amazon and richest man in the world, announced on the 13th of September that he would dedicate $2 billion to finance a network of preschools and tackle homelessness in America.

This move is controversial for a number of reasons, perhaps primarily given the relative amount of funds dedicated to Bezos’ spectacular fortune of 164 billion dollars. The two billion dollars amounts to 1.2 percent of Bezos’ fortune. Bezos has long been criticized for his lack of commitment to philanthropic work, and is the only American in Bloomberg’s top 5 world’s richest people who hasn’t joined the Giving Pledge, which would commit him to donating at least 50% of his fortune to charity.

Andrew Carnegie, who was the richest man in the world in 1899, wrote about the moral obligation of the wealthy in an essay entitled The Gospel of Wealth: “The man of wealth thus becoming the sole agent and trustee for his poorer brethren.” Carnegie spend approximately 90% of his wealth on public programs and scientific discovery. It’s noteworthy that during that era, the tycoons who earned their massive wealth through monopolies and breaking labor unions operated in a society pre-New Deal, so that government assistance programs of the twentieth century were not yet established.The philanthropic work of the barons like Carnegie and Rockefeller that paid teachers and established libraries were a sharp contrast to the working conditions of their employees.

The conditions of Bezos’ own employees have been raked over in the news for years, creating a contrast between his wealth and the conditions of employees that allow his fortune to amass. Amazon floor workers have been reported to resorting to sleeping in tents in the warehouses in which they work and urinating in bottles in order to meet work quotas. Amazon is one of the country’s top employers whose employees receive food stamps. When those under Bezos’ direct influence are living in such conditions, his recent philanthropic announcement seems hypocritical or a media grab.

Beside concerns over publicity, the real impact of the charitable contribution of the mega-rich raises real moral questions. In a society that allows such drastic inequality that there are individuals that have amassed enough wealth to create programs to dramatically alter the lives of significant swaths of worse-off, is donating from their fortune a sufficient act of benevolence, discharging their moral burden for benefitting for the inequality-sustaining society? A recent critique by BBC news references Anand Giridharadas, “whose book Winners Take All tackles the so-called ‘charade’ of modern philanthropy, characterises Carnegie’s approach as ‘extreme taking followed by extreme giving.’ The super rich,” he argues, “stop short of ‘transforming the system atop which they stand.’”

To further complicate the moral evaluation of Bezos’ charitable actions, Senator Bernie Sanders recently claimed that Amazon paid no federal tax in 2017. This draws out the questions of responsibilities of corporations and businesses to contribute to society. While many of Bezos’ workers rely on government support programs, the corporation they work for does not support those programs.

In such circumstances, what obligations does the founder of the corporation, who can make nine billion dollars in two days, have to society, the government, and his workers? Bezos’ philanthropic move can be read as prioritizing private subsistence assistance, sidestepping government support that taxation would help, or directly supporting his employees by providing employment that would allow members of society to live without working multiple jobs and relying on government assistance.

With Bezos, the contrast between working conditions and philanthropic goals remains, but today it is less clear what the obligations of the wealthy are towards society en masse. The issue of what corporations owe to society is a complicated one in business ethics, for businesses are purportedly aimed at profit, not beneficence, but what obligations remain for the individuals that gain from the profits of the businesses like Bezos, Buffet, Musk, etc.?  When individuals have enough money to effectively run government programs of their own, while not paying taxes, the influence on society and the public good is significant.

When the public rely on the charitable feelings of the super-wealthy, and these wealthy individuals and their corporations can so easily side-step contributing to government programs via taxation, then problems of society become even more difficult to tackle. Public education, a long-term legislative log-jam, has attracted a number of uber wealthy, Bezos included. The water crisis in Flint, Michigan has been most attended to by private charities rather than the government. Elon Musk is currently addressing the problem along with celebrities such as Will Smith, the Game, and Eminem.

The obligations of individuals with wealth are complicated. As Giridharadas points out, the origin of one’s wealth is morally significant, and if there are massive inequalities between the wealthy and poor, or if the wealthy continue to rely on an economically exploitative system, it suggests there are real moral obligations on the wealthy. It may be wrong to remain that wealthy, to not take action using that wealth to adjust the system to produce less inequality, and to ensure that the production of wealth does not rely on unjust working conditions. The ways in which private philanthropy can undermine government efforts further complicates these questions — when should individuals step in where government fails and when should individuals work to adjust the way that government is being sensitive to the needs of society so that it won’t fail in the future?

Individuals with great wealth must grapple with these moral issues. The Giving Pledge is an overt statement that it does not make sense (potentially morally) for individuals to have as much money as those that top the Forbes list currently do. The amount of money that it would be permissible to keep, and what to do with the surplus, is difficult to determine, perhaps, but these observations put pressure on the complicity of the wealthy in an economic and political system that could be more morally permissible.