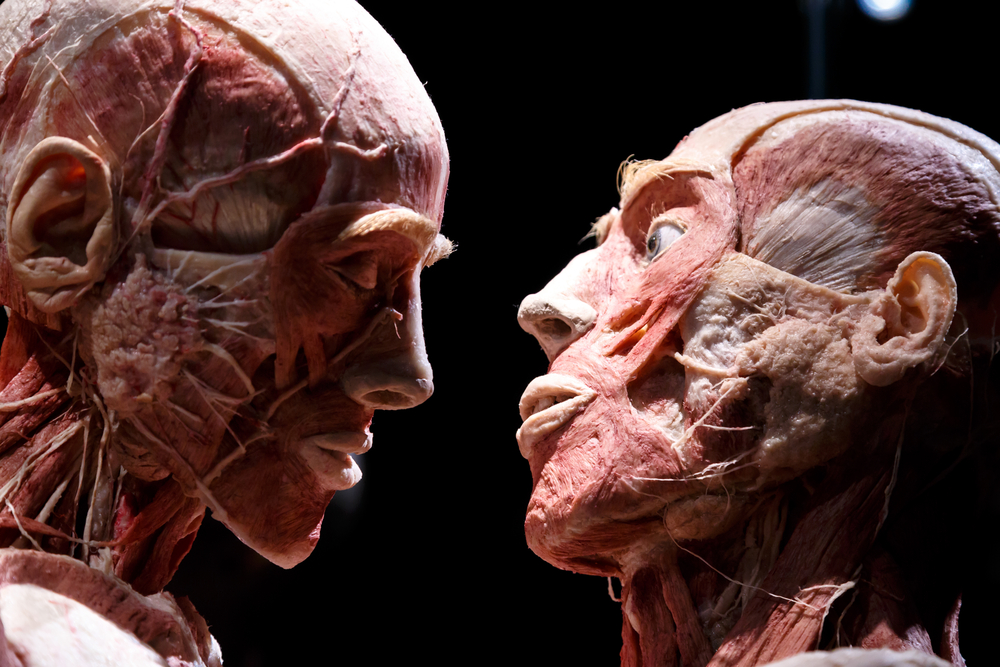 Human beings are constantly growing and shedding cells. This means that very few of the cells that any person has as an adult were the cells that they had as an infant. Over the years, as we’ve learned more about cell growth and death, we’ve learned that our bodies aren’t fixed objects that simply change shape over time. Bodies are ever-shifting collections of physical stuff. To co-opt a phrase from Heraclitus, no one occupies the same body twice.

We can also contribute to the set of cells in our bodies by growing them in laboratories outside of the confines of the body. Scientists have already transplanted cell-cultured bladders into people who were born with bladders that do not empty properly. Our improved understanding of cells motivates new questions about bodies. What does it mean to say that I occupy my body? What is a body? What is the relation between my body and my identity? How does emerging technology change and inform our concept of bodies? Why does any of this matter?

In the early 20th century, when scientists first began to experiment with cell culturing, some were quick to point out the implications the technology could eventually have for organ transplants. We’ve long had fewer available organs than are required to save the lives of people experiencing organ failure. For some reason, people are hesitant to donate organs, even after they are dead and are no longer using them. When it became clear that we could cultivate cells in a lab, an incredible life-saving solution appeared to be on the horizon. One initial challenge is that cell-culturing is fairly easy to do when the expected outcome is merely flat plates of cells. But organ cells require a more complex kind of architecture, and this has proven to be a difficult nut to crack. 3-D printing technologies have provided some pathways forward, leading some scientists to conclude that the technology to grow new organs for transplant might well be available within the next decade.

One virtue of producing organs in this way is that a person’s own cells can be used to grow them. When an organ donation recipient has an organ grown in someone else’s body transplanted into their own, the recipient’s body will often reject it. To keep this from happening, doctors put patients on regiments of immunosuppressants to prevent the body from treating the organ as something it should fight. If the organs are grown by culturing a patient’s own cellular material, their body will not interpret it as foreign and the transplant is more likely to be a success. One consequence of all of this is that, once this technology is developed and assuming it becomes widely available, a person’s cellular material is capable of generating many livers, hearts, kidneys, and so on. The organs with which a person was born are just the initial set that the material provided by the body can produce under the right conditions.

These considerations present the raw material for a special form of the Ship of Theseus puzzle. The Ship of Theseus leaves a port on a long voyage. As it travels from one place to the next, it loses its pieces which fall to the bottom of the ocean. We can imagine that by the time the ship reaches its final destination, every part of it has been replaced. Is this still the Ship of Theseus? If not, at what stage did it cease to be the ship that left the port? When it sheds its first nail? When it sheds more than half of its parts? What if we were able to construct a ship using the parts found at the bottom of the sea? Would that be the ship that left the port?

If it becomes possible to grow any part of a human body by culturing cells, we could, in principle, replace a human body plank by plank, so to speak, with material that is cellularly identical to the material that was there before. When these parts have been implanted, what, if anything, has changed about the person’s body? Is there anything either morally or metaphysically important about the fact that cells were grown outside of the body rather than inside of it?

With all of this in mind, you might ask yourself: what does it mean to say that one of your organs is part of your body? After all, at any given time, an organ produced by your cellular material could either be inside of you or in a lab somewhere awaiting implantation or both. One initial way to answer the question may be that your body occupies an identifiable, though somewhat arbitrary, location near the seat of your consciousness. One unique, identifiable feature of occupying your body is that wherever you go, your body goes too. One shortcoming of this kind of position is that it might capture too much; the definition might be too broad. Imagine that a person has shrapnel inside of them from an explosion or has a piercing. These objects occupy the body or adorn the body, but we aren’t typically inclined to say that they are part of the body.

Another proposal is that the organ shares an origin story with the other parts of you, and that’s what makes it part of your body. According to this kind of view, the various parts of a person’s body came into existence as a result of a shared set of causal mechanisms. One shortcoming of this view is that we can, and do, make changes to a body, resulting in sets of physical features that do not share an origin. For example, intuitively, a transplanted organ becomes part of a person’s body after it is implanted, even though it was not grown in that space.

A third, perhaps more plausible, way of thinking about bodies is functional. Your body is your body because of the way the parts work together to play essential roles in keeping you alive and flourishing. So, imagine that you have contributed cellular material dedicated to the creation of a new liver to replace the one that you currently have. The new liver has not yet been implanted and it is currently on ice on the doctor’s office, ready for surgery. The liver that is currently in your body performing the function of a liver (even if it is doing so poorly) is part of your body. Even if the new liver is made of your cellular material, it is not part of your body until it is implanted and serving the function that a liver serves. One consequence of this kind of a position is that functional accounts of the body are not constrained to any particular kind of physical stuff. On this view, a pacemaker or an artificial hip counts as part of a person’s body. This functional account opens up all sorts of possibilities when it comes to how we think about the intersections of body and technology.

The ways that we think about bodies have moral implications at least in part because living beings stand in unique moral relations to their own bodies. Harm done to a person’s body affects that person in a first-personal way that no one else can experience. The things that happen to a person’s body can dictate the course of that person’s life. A person makes choices for their own body that would be either impossible or inappropriate for them to make for anyone else’s. All of this may give rise to unique rights and/or obligations.

For instance, if a person’s organs can be re-grown, are we obligated to provide space and resources for re-growth? Should it be possible for a person to die as a consequence of organ failure simply because they didn’t have the resources to re-grow their organs? Should the number of re-grown organs a person can produce be dependent on their financial resources? Does this technology pave the way for the rich to live forever while the poor die when their original organs fail? Does the potential for the re-growth of organs extend the human lifespan indefinitely and, if so, would this be a desirable state of affairs? 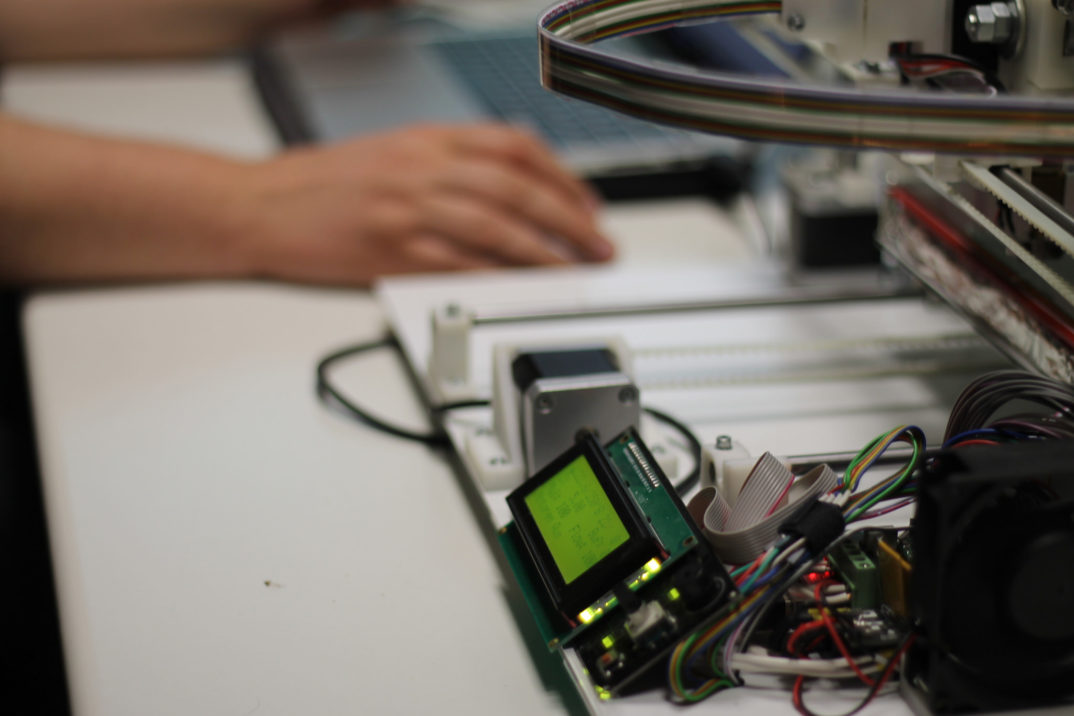 In 2013, Cody Wilson, a self-described anarchist, made headlines when he posted plans for a 3D printable pistol called “The Liberator” online.  The state department intervened and shut down the site, but not before the plans for the weapon were downloaded over a million times.  Wilson promptly sued the government. This week, the government reached a settlement with Wilson.  The settlement is quite favorable to Wilson and other gun rights advocates—it allows Wilson and others to proceed with their mission to post the instructions online. END_OF_DOCUMENT_TOKEN_TO_BE_REPLACED