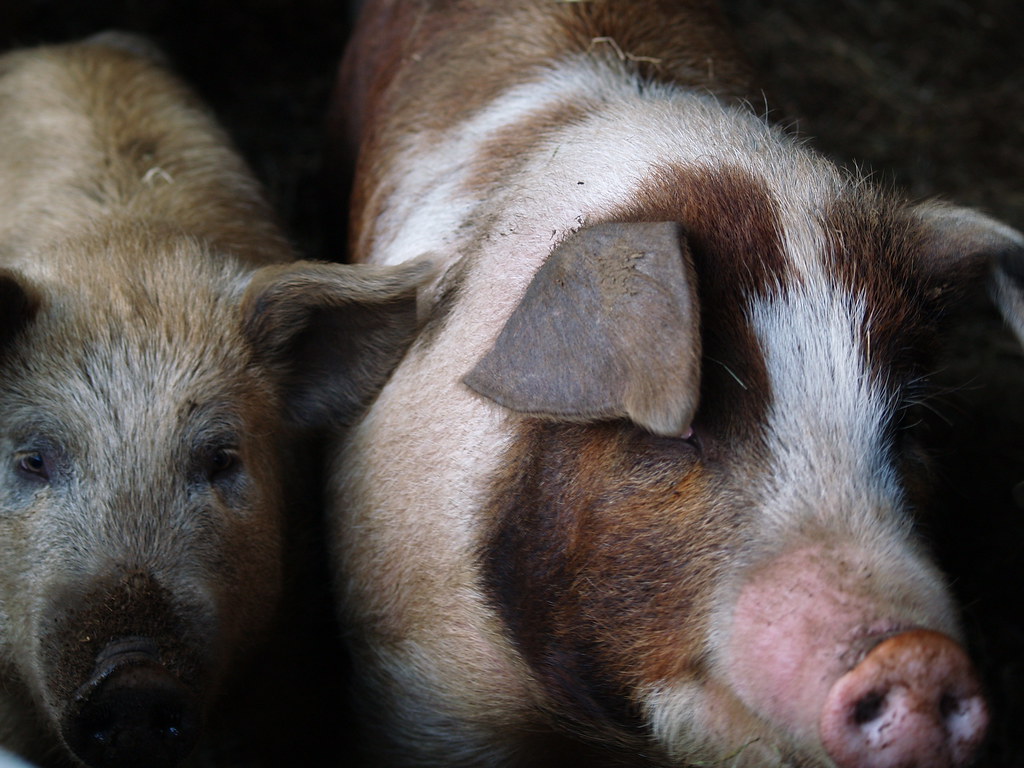 In a series of boxes in the D.H. Hill Library at North Carolina State sit scores of historical pamphlets and newspaper articles advocating an end to cruelty toward animals. The documents date back to the nineteenth century, and provide an undeniable record of the history of strong public sentiment against the mistreatment of animals. The collection preserves the stories of countless activists who opposed inhumane treatment in slaughterhouses, research labs, the entertainment industry, transport, and sport, among other endeavors. These activists dedicated inspiring amounts of time, energy, and resources to a cause that is seldom given the attention that it is due.

The boxes are part of a much larger collection—The Tom Regan Animal Rights Archive. Regan was a philosopher and activist who established the archive to create a home for works dedicated to promoting the interests of non-human animals. His book The Case for Animal Rights is one of the most influential works of philosophy on the subject, but, as the archive shows, he was one thinker among many on an impressive intellectual family tree of animal activists.

Advocates for animals have always faced significant challenges from many directions. Nineteenth and early twentieth century documents are full of writers defending themselves against the charge of excessive sentimentalism. In fact, empathy for animals was viewed by some at that time as a mental disorder. Zoophil-psychosis was a term coined by American psychologist Charles Lomis Dana in 1909 to refer to what he viewed as a hysterical condition of excessive concern for non-human animals.

The form that this “excessive” concern took was activism against vivisection (roughly, the use of animals in scientific experiments), abuses of animals in slaughterhouses, and other instances of cruelty and exploitation. This concern was not, of course, baseless or the product of a psychotic break from reality. The basis was and continues to be the simple recognition that other sentient beings can also experience pain and suffering, among other significant emotions. Though this fact about other creatures should be fairly obvious, it is a fact about which very few people pause to reflect. We need to ask ourselves the fundamental question: what is the nature of our moral obligations to other living beings who suffer?

Many women who were involved in the fight for women’s suffrage were also involved in reform movements to further the humane treatment of other beings. Female activists played essential roles in the formation of organizations such as The American Humane Society and The American Anti-Vivisection Society. A treasure of the Animal Rights Archive is a collection of original correspondence between suffragette and animal welfare advocate Sarah J. Eddy and physician and social reformer Albert Leffingwell.1 This correspondence highlights one of the most significant challenges the movement faces—transparency. In their letters, Eddy and Leffingwell stress the importance of dissemination of information, which in their time often came in the form of the proliferation of pamphlets. They were optimistic that if the facts were accessible to the public, the force of reason would prevail. It didn’t. Until the very end of the nineteenth century, there were no animal welfare laws that restricted the practices of those operating in laboratories and slaughterhouses. Stunningly, that situation remains largely unchanged today.

Even if the transparency issues could be settled, other significant problems remain. Abuse of animals has always been big business. Many people stand to gain from it. When there is money to be made, people can’t be bothered to be concerned about whether their products have feelings. Sadly our historical record demonstrates that this motivation can sometimes win out even when humans are the “products.” That we are subject to errors of this magnitude should cause us to reflect on practices that are more commonplace, but that nevertheless involve suffering. In a letter to Eddy, Leffingwell laments the perils of powerful interests,

When we began the special agitation on the subject of vivisection a few years ago, it was—on my part—, with a very strong hope that the Medical Profession generally would meet us “half-way”—as the saying is, and concede some degree of supervision and controls. I was very sure that as a class, the physicians of this country did not approve of unlimited experimentation, and our investigations of five years ago, embodied in the REPORT proved that I was correct. But experience has demonstrated that I was altogether too hopeful. The older men, who disapproved of unrestricted vivisection have been passing away, and their places are not filled. The men who were engaged in vivisection as a means of gaining their daily bread realized their danger and united in a common defense. It is not merely that they control the medical newspaper press throughout the country, and that they have the confidence of a majority of those concerned with learning,–with this they were not satisfied and have stooped to unworthy methods in defense of vivisection. Five years ago, I could not have believed that members of the American Medical Association would have sunk so low as to employ falsehoods as a method of argumentation.

The letters between Eddy and Leffingwell tell the story of a sustained fight for animal welfare that lasted decades. Though they, along with others deeply committed to the cause, succeeded in putting together a society of diligent advocates, little changed when it came to the actual treatment of non-human animals or with regard to legislating any significant protections. Leffingwell complains,

If I could feel that little by little, we are undermining the confidence so wrongly given, and that one day the falsifiers will be utterly discredited, and (as Wendell Phillips used to say,)—“the Truth get a hearing” and be accepted generally, I should feel greatly encouraged. It does seem certain that in the long run, falsehood cannot overcome truth. But how long must we wait?

Sadly, it turns out that the answer to this question remains unclear—we’re still waiting. Special interest groups like the meat industry and big pharma are more powerful than ever. The value of the use of animals for the purpose of scientific research in our culture has become like an article of faith. We’re propelled blindly forward, chasing progress, unreflective about whether it’s really worth chasing and what the cost of our pursuit actually is.

Some laws exist that seemingly protect animals against powerful interest groups. In the spirit of the advocates that have come before us, we should insist on transparency when it comes to the plain fact that the protections that currently exist are nowhere near enough. Their existence does little more than create an illusion of protection for the animals in question. Two federal laws are worthy of note here. First is the Animal Welfare Act, passed in 1966. The Act nominally provides for the humane treatment of animals, and its mere existence may make citizens feel at ease with the protections afforded. The Act does ensure that animals in certain contexts, are provided with “adequate housing, sanitation, nutrition, water and veterinary care.” They must also be protected against extreme temperature. Crucially, however the Act,

[…] does not cover every type of animal used in every type of activity. The following animals are not covered: farm animals used for food or fiber (fur, hide, etc.); coldblooded species (amphibians and reptiles); horses not used for research purposes; fish; invertebrates (crustaceans, insects, etc.); or birds, rats of the genus Rattus, and mice of the genus Mus that are bred for use in research.

Society is quick to provide protections for cats and dogs, animals that are likely to be companions, but not for the animals most commonly used for research or those that are slaughtered and killed for food.

The second piece of federal legislation of note is The Humane Methods of Slaughter Act, passed in 1958 and revised in 1978. Again, on its face, the Act seems to promise humane treatment of animals killed for food (at least to those to whom that does not sound like an oxymoron). There are troubling truths about this Act as well. First, the Act does not apply to birds of any type. This is striking because the vast majority of animals that are killed for food are chickens (9 billion in the United States alone). What’s more, the protections provided by The Humane Methods of Slaughter Act are limited to ensuring that that animals don’t experience pain at the moment they are slaughtered. Animals must be “rendered insensible to pain by a single blow or gunshot or an electrical, chemical or other means that is rapid and effective, before being shackled, hoisted, thrown, cast, or cut.” The Act contains exemptions for religious slaughter. Notably absent are any protections for how animals must be treated while being raised for food. The abuses that take place during that time are significant and are articulated in careful detail in Peter Singer’s classic Animal Liberation.

When faced with facts about the way that animals are treated, and the lack of protection for those animals, it is important to be reflective. But change in one’s personal philosophy is not sufficient. As Tom Regan, championing the strategy of so many uncelebrated thinkers who came before him, says in the epilogue of The Case for Animal Rights, “How we change the dominant misconception of animals—indeed, whether we change it—is to large degree a political question. Might does not make right, but might does make law.” It’s up to us, then to take up the struggle.