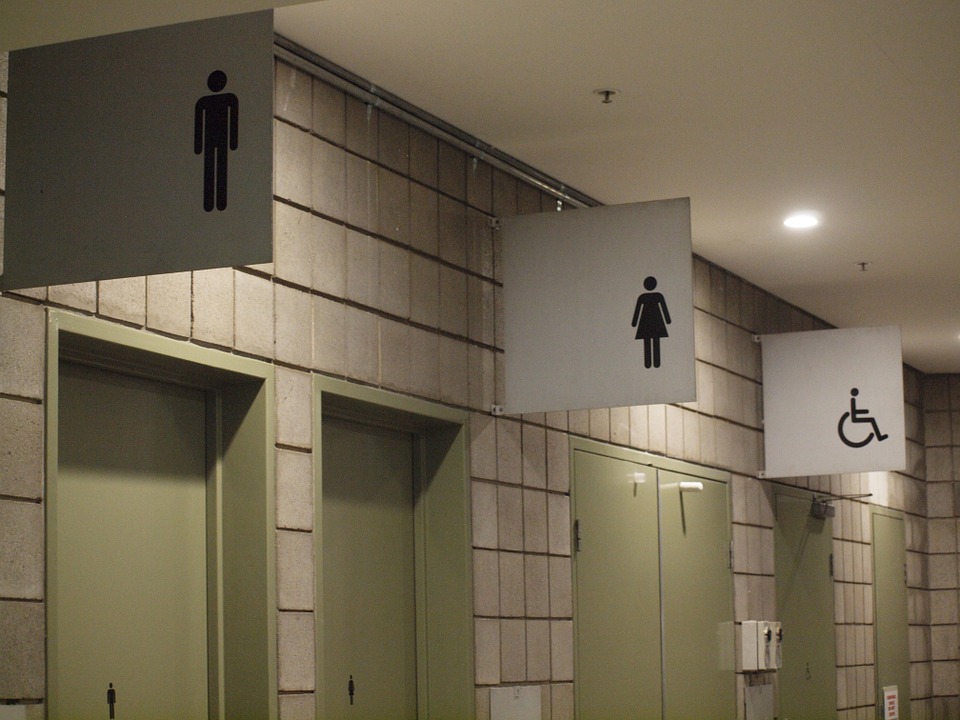 Recently in the United States, bathroom usage rights for transgender people have come to the political fore. As a part of Title IX protections against gender discrimination in federally funded educational institutions, the Obama administration has recently ordered public schools to allow students to use whichever bathrooms they please. This should free transgender students from the unpleasantness of using what they perceive to be the wrong bathroom, or being asked to use single-user facilities (unlike and apart from their classmates).

This development is the culmination of a debate that first brewed on various college campuses across the country and later issued in various state-level “bathroom bills” that would require people to use the bathrooms that correspond with their birth certificate gender. But now that even President Obama himself is involved, this issue is unlikely to dissipate quietly and without additional relevant legislative and/or judicial action.

It’s not too difficult to see why bathrooms have historically been a focal point during times of social change. Before bathrooms became a pressure point in figuring out how transgender people should be included and accommodated publicly, they served as a literal and metaphorical site of racial tensions during the Civil Rights movement and of sexist tensions as women increasingly worked and ventured outside the home.

Hypothetically in a robustly free country, businesses and organizations would be left alone to determine their own bathroom policies, while customers would be free to visit whichever locations they like. This means in theory that businesses could choose to offer bathrooms segregated along any conceivable dimension. However, establishments with odious bathroom (and other) policies would likely fail fast.

The only places likely to thrive with such practices in place would be, for instance, small ideological clubs/foundations and houses of worship. And the existence of self-contained islands of social dissent do not threaten the liberal order. On the contrary, the protection of peaceful freedom of association is an essential feature of liberalism.

But starting from the quite non-libertarian status quo, things are much more complicated. The provision of bathrooms is already heavily regulated. For instance, overlapping and even conflicting bathroom regulations in New York City mean it’s often unclear whether a restaurant or coffee shop is in compliance with bathroom code, which depends on the number of seats, age of the building and business, and other factors.

The already-regulated status quo means that when the government declines to further regulate bathrooms, that refusal bears greater symbolic value than if public bathrooms remained a generally extra-legal issue (as in the ideal libertarian state of affairs). If it was appropriate to legally protect bathroom access for people of color and later people with disabilities, refusing to do so for transgender people suggests by implication that their status is somehow less important.

That being said, state-level bathroom laws will probably have fairly little effect in practice. It would be incredibly burdensome to actively check that bathroom visitors at any given venue were choosing the right door, regardless of whether they were supposed to use the facility corresponding to their birth gender, current legal gender, apparent gender, or personally professed gender.

Of course, acts of voyeurism and sexual assault are already criminal, so police are already empowered to prevent and investigate them whether or not they are also empowered to act as gender enforcers. Perhaps a few would-be bathroom criminals would be deterred by the prospect of getting hit with an extra charge for simply having used the wrong bathroom, but criminal penalties for sex crimes should be enough already.

Finally, we should remember that it is ok to personally disagree with the law. Even more importantly, a liberal society requires us merely to tolerate peaceful others, not to eagerly approve of everything about them in our hearts. Social conservatives have been losing the culture wars for some time and are not incorrect to feel like their ethical ideals are waning. It will take time and experience to show those uneasy with changes in bathrooms that those changes are really a non-issue. Top-down action, like that of the Obama administration, can change policies but it doesn’t necessarily win hearts and minds, and may even provoke political backlash.