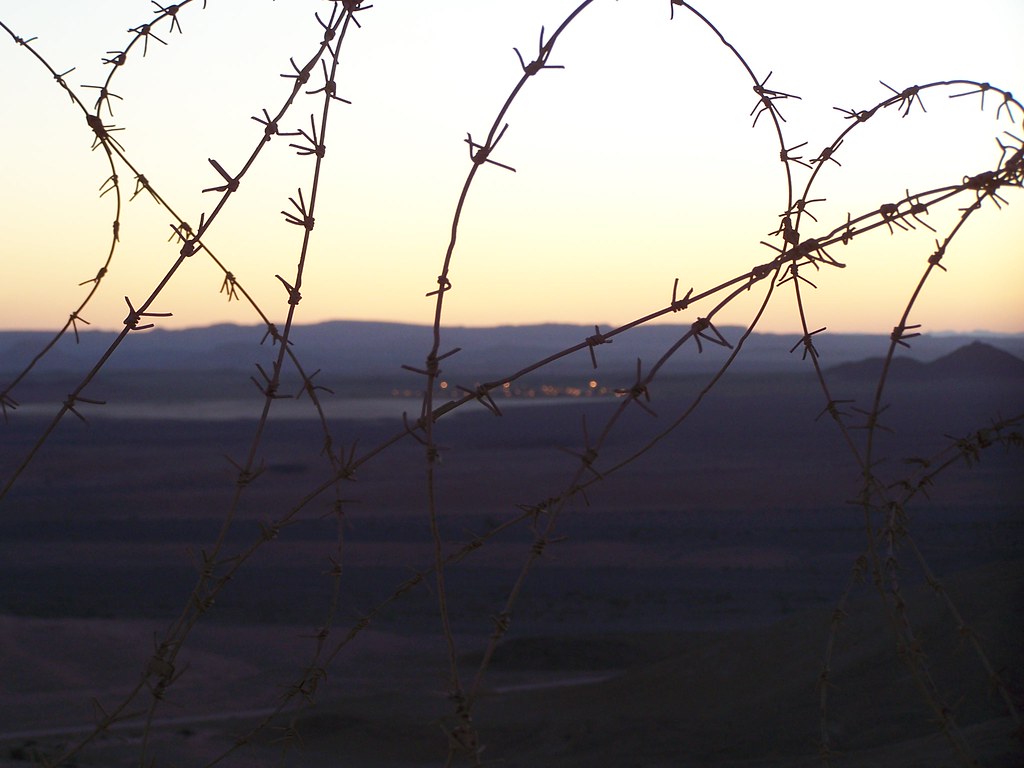 Trump has been embroiled in discussions about walking back or defending his latest racist behavior this past week. After saying that four congresswomen should “go back” to their countries of origin and presiding over chants of “send her back!” at a campaign rally, he tweeted Sunday that the congresswomen were “not capable of loving our Country.”

As part of his “go back” rhetoric, Trump articulated his view that if the congresswomen didn’t like living in the US, they should leave and attempt to improve conditions in their supposedly broken countries. (Multiple late-night hosts noted the irony involved in Trump’s statements, as the congresswomen’s country is the US, which at the moment can feel broken and in need of fixing, and which, as members of congress, seems to be what these women are attempting to do.)

At the same time as he encouraged some Americans to leave, Trump rolled out new policy making it more difficult for others to leave their own dangerous countries. His administration has implemented a policy that requires refugees who have traveled through another country to have applied for asylum in that country as well. The ACLU quickly announced their intention to challenge the policy in court, and the administration instructed the southern border agents to implement it as quickly as possible before it may be blocked.

The so-called third-country asylum rule is incredibly restrictive, especially against asylum seekers at the US’s southern border. Such restrictive policies towards people seeking safety brings obvious ethical questions to the fore. There is, perhaps, a tension between a purported sovereign right to autonomy for nations to determine who will reside or travel within their borders and the rights of humans to be free from violence and persecution. These human rights can be seen to ground the right to freedom of movement between nation-states. Though international law recognizes that immigration and citizenship policies are, and should be, left up to each state, the UN has exceptions for refugees, whose basic human rights are in dire need of protection and overrule states’ right to make such policies.

Importantly, the freedom to make immigration and citizenship policies does not mean that all such policies are created equal, from a moral point of view. From a moral perspective, immigration policies that are transparent and ensure migrants have access to basic human goods are preferable to an opaque and unpredictable set of policies that makes navigating the systems that provide basic goods difficult, though both are legally acceptable.

But, beyond the legal space to determine immigration and citizenship policies is the commitment to accept refugees. This commitment is based in the idea that humans should not be condemned to suffer, when there is a place they could live without being persecuted. Many nations, including the US, have agreed to policies that commit them to accepting asylum-seekers: countries cannot force migrants who have entered their territory to return to places where their safety is under threat. This is the “non-refoulement” principle from the United Nations 1951 Convention of Refugees, and even countries that are not participants in the convention have endorsed the spirit of the principle.

Trump’s policy builds off of a crucial exception to this principle, which concerns migrants who have come through a country considered to be “safe.” Countries are deemed “safe” according to the Immigration and Nationality Act, which governs asylum law, pursuant to a bilateral or multilateral agreement. Currently the US only has such an agreement with Canada. Trump attempted to sign such an accord with Guatemala, but the president cancelled the trip to sign the third country agreement in order to see what Guatemalan courts ruled regarding the treaty.

In the US, asylum rates have been declining over the past six years, and this trend is on track to continue. Six years ago the denial rate was just 42.0 percent, but last fiscal year saw 70 percent of applications denied. In 2018, a particularly high spike in denials was the result of a policy shift made by Attorney General Jeff Sessions. Sessions banned asylum requests on the basis of domestic violence and gang violence, though this ban was later struck down in the courts. The new third-country policy would “effectively end” asylum on the southern border.

The decline in granting asylum and other relief to refugees does not just affect the groups at our border, however. This trend in US policy has been reflected in the policies of other large and wealthy nations. For instance, the EU currently attempts to prevent asylum-seekers from reaching their shores – supporting border agents in countries like Libya that catch migrants attempting to cross the Mediterranean Sea and detain them in Africa in deplorable conditions in detention centers.

This is leading to worldwide declines in aid to those seeking relief: “It’s called a ripple effect,” says Jeff Crisp, a research associate at the Refugee Studies Centre at Oxford University. “When the largest and wealthiest nations get away with breaking international human-rights laws, then other countries wonder, why can’t we?”

India, a country with a long history of hosting asylum-seekers, currently has 40,000 refugees from Myanmar, and now is treating them as illegal migrants. It has begun sending Rohingya refugees back to Myanmar, the site of a 2017 genocide sponsored by the current government.

Similarly, Trinidad and Tobago sent 80 Venezuelans back to their devastated homeland last year, while Peru returned 40 Venezuelans for “allegedly being part of criminal gangs or for not having legal papers.”

Refugee policies are just one part of a racist and exclusionary nationalist landscape. The rhetoric that the US has engaged in bolsters other countries with similar constituencies. Hungary has explicitly praised the US’ nationalist tendencies and cited the “America First” anti-immigration policies as providing them with the support they need to enact similar attitudes within their own country. (Hungary closed its borders during the height of the Syrian refugee crisis and has rejected humanitarian pleas to take part in the effort.)

The import of human rights is being subjugated in national dialectic to the sovereign rights of a nation-state that endorses a racist identity. That isn’t the priority of international law or humane moral systems.