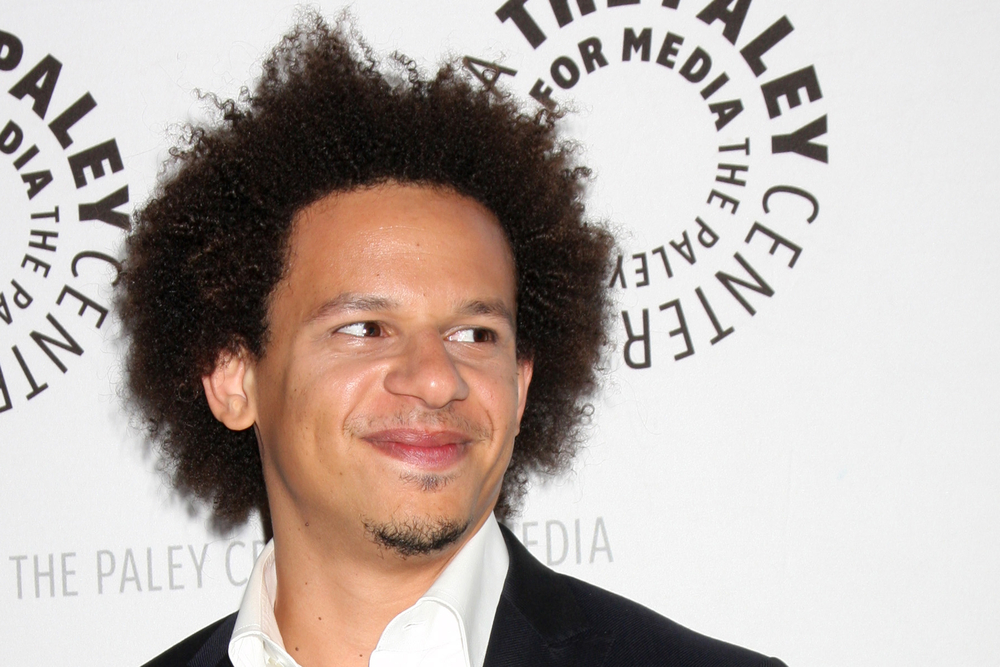 In a recent interview with The New York Times, comedian Eric Andre refers to himself as a “benevolent prankster.” Eric Andre is arguably the modern king of hidden camera pranks, which have racked up millions of views on YouTube. Andre got his start performing standup comedy and was scouted by Comedy Central where he debuted his interview-style prank show, “The Eric Andre Show,” in 2012. On June 23, his Netflix standup special “Legalize Everything” released, and it is anticipated that his hidden camera comedy “Bad Trip” will release sometime this year on Netflix.

Eric Andre admits that his career relies on “purposely trying to get a rise out of people.” While a large portion of modern standup incorporates elements of self-deprecation, Andre’s style of humor fundamentally depends on eliciting a reaction out of someone else – and the stronger the reaction, the more humorous the content. This style of comedy is called ‘shock humor’ and often plays on so-called “low culture” subjects such as toilet jokes, sexual themes, and dark humor. With Andre’s steady career in comedy on the rise, there has been little discussion over the morality of his, and other shock-humorists’, methods.

Is it okay to purposefully seek a strong reaction from unsuspecting others? Does the relationship between the shocker and the shock-ee matter? And do the ends of shock-humor’s comical absurdity justify the means?

Eric Andre is not oblivious to the questionable morality of his work. In his NYT interview he discloses that for the shock-humorist, “you end your day feeling like you did something wrong and it’s not until you see the footage edited together properly that you’re like, OK, I have a funny bit in here.” For Andre, it seems the end result of humorous content justifies the short-lived shock he elicits from others. But some might argue this method of achieving comedy is neither respectful toward the rights of others nor justified by the end product. By attempting to upset, disgust, or disturb others, Andre acknowledges he is using people as a means to an end. And though every person appearing in his hidden camera prank has signed a release form, how many other individuals, that Andre elicited a reaction from, have refused to be a part of his videos? This lack of information makes it hard to truly gauge how much emotional turmoil and trauma has resulted from Andre’s process in creating his comedy.

Another moral consideration when it comes to shock humor is the positionality of the person being shocked and the way in which their identity is used in the process. Some instances of Andre’s NYC hidden camera pranks could be interpreted to derive humor by playing on a subject’s identity. In one of his videos, he begins a conversation with a woman asking a lewd question. This instance is disturbing considering the frequency with which women experience sexual harassment in public spaces and could potentially be considered sexual harassment under the New York City Human Rights law. In another video, filmed outside of the Democratic Convention, he asks blatantly sexist questions about Hillary Clinton to a woman who agreed to an interview. In both of these instances, Andre plays on the gender/sex of his comedic subject to attempt to elicit a reaction at their expense.

Andre’s shock humor could also lead to especially harmful consequences if the subjects of his humor are already prone to public harassment or stress. In the official trailer for his upcoming comedy “Bad Trip” it appears that many of Andre’s prank victims are people of color. In fact, one of his more extreme pranks targeted a black barbershop and ended with a black man chasing him and his costar, Lil Rel Howery, with a knife. Even if Andre did not intentionally target communities of color, or play on race stereotypes while doing so, it is still important to consider whether or not it is especially immoral to visit shock and emotional distress upon individuals and communities who experience a higher rate for social and economic stress to begin with.

Despite the morally questionable aspects of Andre’s methods, some might argue that those who are featured in his pranks are, in a way, willing participants in the comedic exchange. While individuals cannot control Andre’s actions, they are arguably responsible for their own reactions to his attempts to shock them. Aside from during his subway hidden-camera pranks, Andre never targets individuals who are incapable of walking away from the situation, and he has stated that he carefully tries to operate within the bounds of the law. While the law is clearly not always a good guide for determining morality, Andre could certainly be considered better than those who shock in order to harass or assert their  power over others, such as in street harassment. Additionally, Andre often uses himself and his body as the “shock,” subjecting himself to public humiliation, judgment, and sometimes potential violence. It could be argued Andre is technically at greater risk for harm than any individual he shocks. This is especially true if one considers his identity as a Black man, in a culture and society where calling the police on Black people is normalized, and police brutality is a common phenomenon. When asked about his experience interrupting an Alex Jones rally outside the 2016 Republican National Convention, Andre admitted to Stephen Colbert thinking to himself, “Oh I’m gonna die…This is where my life ends.” To some, Andre’s willingness to put his life in danger makes the shock he causes others seem minuscule in comparison.

The case in favor of Andre’s comedy becomes stronger when one considers his attempts to question social norms through his comedy. Andre has been vocal about his identity as both a Jewish person and a Black man. One might also observe that unlike some forms of dark humor, Andre’s specific brand of facetiousness often raises further awareness about important issues. Both his standup comedy as well as his social media accounts are used to highlight issues concerning social justice and inequality. During “Legalize Everything” Andre shocks the audience by acting out an exaggeratedly violent imitation of police brutality while yelling, “This is a system invented by rich, white, Christian, heterosexual businessmen, and if you don’t match that description, then it is my job to subjugate and oppress you, motherfucker, for I am your judge, jury, and executioner!”

Andre has also intentionally used the shock aspect of his comedy to target and poke fun at bigoted people and their beliefs. The topics he chose to shock others with during his trip to the RNC such as transgender restrooms, cross-dressing, abortion, and Black Lives Matter were clearly meant to poke fun at the caricature of Republicans as being prejudiced and intolerant towards certain groups of people.

Shock-humor has the potential to call attention to harmful social norms and subjects considered too taboo for casual conversation. It can also, as Andre has shown, be used to force others to reexamine their own engagement with socially harmful institutions and ideologies. However, the morality of shock-humor on an individual level and the relationship between the shocker and the shock-ee are too important to ignore. As the popularity of shock-humor and comedians like Eric Andre continues to rise, it is time we asked ourselves whether the hilarity of absurdity justify the means of shock. 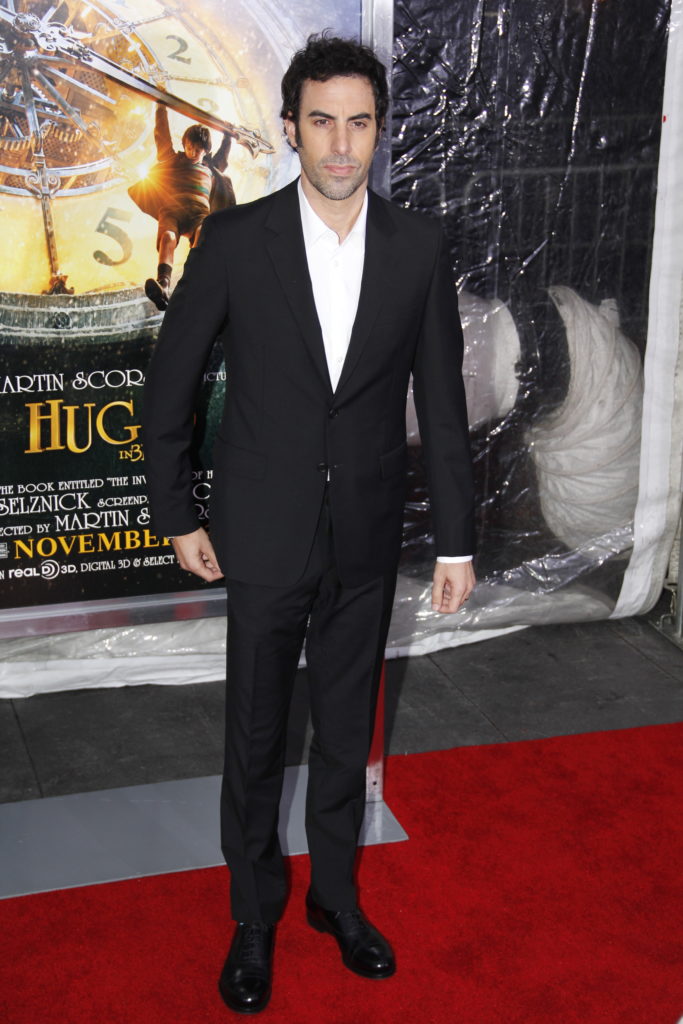 Last week marked the first season finale of Sacha Baron Cohen’s reality television show, Who Is America. The show, which premiered on Showtime early in July, is based on the premise of pranking American politicians, reporters, and even everyday voters into saying or doing embarrassing things on camera. Cohen’s victims have included former Senatorial candidate from Alabama Roy Moore, former U.S. Vice President Dick Cheney, and football star and accused murderer O.J. Simpson.