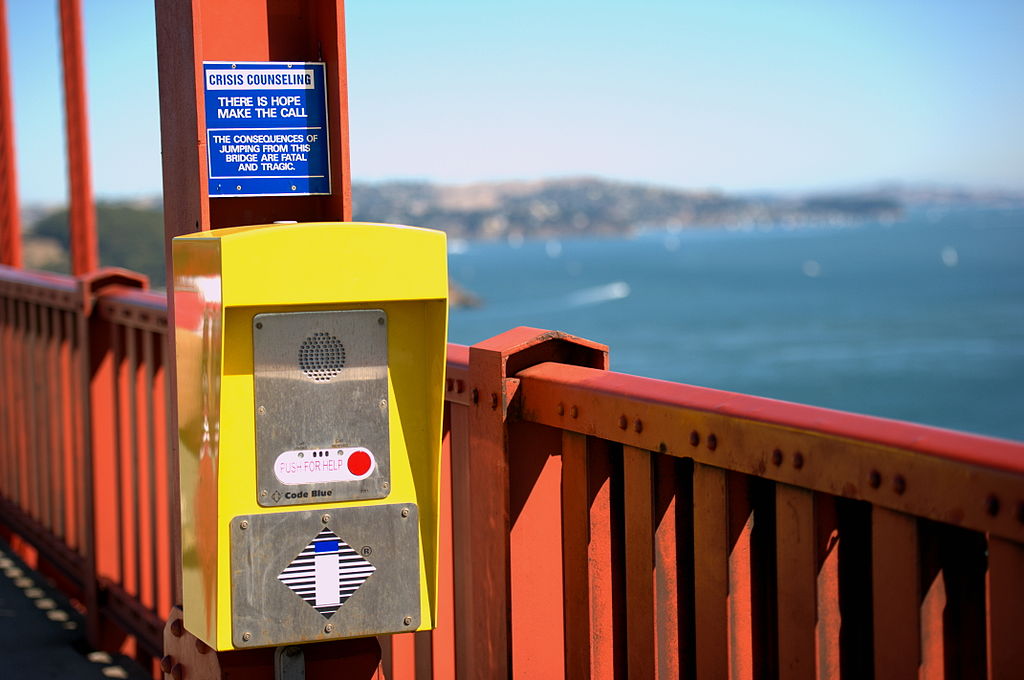 September is National Suicide Prevention month, and September 10th marked World Suicide Prevention Day.  Organizations such as the Suicide Prevention Lifeline, American Foundation for Suicide Prevention and the International Association for Suicide Prevention all hosted social media hashtags and encouraged everyone to spread awareness of suicide and how to prevent it. Suicide has long been considered an epidemic in the United States, but a recent study published by the CDC in July showed that the rate of suicide in the U.S. has increased dramatically in the past 20 years. By and large, suicide is considered negative in our society, often framed as tragic due to its preventability. Several pop culture idols have committed suicide since the beginning of 2018, including chef and TV personality Anthony Bourdain and fashion designer Kate Spade. During this month, it is pertinent to examine exactly what our culture’s stance on suicide truly is. Does framing suicide as negative require us to make judgements about those who commit it? Does an anti-suicide stance require us to also oppose assisted suicide? And finally, who should we hold accountable for fixing and preventing the suicide epidemic; our culture, ourselves, or our public institutions?

As quite literally a life or death matter, the way that we talk about suicide is a delicate matter. In an article titled “Is Suicide Selfish?” Senior Director of Suicide Prevention and Postvention Initiatives, Shauna Springer, examines from a psychological perspective if we can truly hold those who attempt or commit suicide can considered selfish. While Springer doesn’t deny that suicide has consequences on those other than the victim, she holds that it ultimately is not a selfish act, due to the fact that “suicidal mode is an altered state of consciousness.” Because those suffering from suicidal thoughts “often have distorted perceptions of reality,” we cannot make judgements about their character and actions in a similar way that we would a healthy person. Others however, feel differently. In an article titled “I Still Think Suicide Is Selfish And No, I’m Not Ignorant For Believing So” Lesly Salazer defends her position by using her personal experience with depression and suicidal thoughts. Salazer explains that growing up, she was told “‘There’s more to life than yourself and your sadness. You can’t let your emotions overpower your common sense. God has a plan for you, and killing yourself is just plain stupid.’” She believes that this attitude toward suicide saved her life, because she felt she was doing a moral wrong by killing herself. The traditional methods of hotlines and therapy did not work for Salazer, though she acknowledges they may help some. In conclusion, Salazer defends her belief that suicide is selfish on the basis that such a belief might prevent people from killing themselves. However, one could argue that such an attitude towards suicide might actually hinder people from finding help, because they do not feel like they can talk about their suicidal thoughts. While it might help some like Salazer, it has the potential to hurt many others.

If we decide as a culture and society to take a negative stance toward suicide, can we also consistently advocate for methods that make ending one’s life easier or less painless? The legalization of physician assisted suicide has been a debate in recent years, with states like Oregon and California passing legislation to legalize physician-assisted suicide. But how do suicide prevention organizations view physician assisted suicide? In October of 2017, the American Association of Suicidology released an article clarifying that they, as an organization, do not considered assisted suicide as suicide, but instead as “death with dignity’ or “physician aid in dying.” The article explains that the organization “ does not assume that there cannot be ‘overlap’ cases, but only that the two practices can in principle be conceptually distinguished and that the professional obligations of those involved in suicide prevention may differ.” The organization goes on to list 15 key differences between physician-assisted suicide and the type of suicide that the AAS aims to prevent. The key distinctions AAS claims exist between suicide and physician-assisted death are medical and conceptual. One observation is that those seeking assisted suicide are often facing physical chronic illness, whereas those seeking to commit suicide are often plagued by mental illness, impairing their judgement and ability to make reasonable decisions. However, those against physician-assisted suicide argue that taking such a stance worsens the stigma associated with mental illness as not as serious or legitimate as physical diseases and conditions. Should the decision to end one’s life be treated differently or more dignified on the basis of physical or mental conditions? A previous Prindle Post article by Amy Elyse Gordon examines this issue. One could surely argue that in the case of terminal illness, physician-assisted suicide provides relief and control to those facing death. Additionally, this type of ending one’s life may not have the same adverse effects on family and friends as other forms suicide do.

If we accept that suicide is detrimental to society, whose responsibility is it to prevent it? This question is a difficult one, because it, in a way, assumes that suicide can be influenced by others, and that they in some way hold a moral responsibility to prevent it. At what level we hold people accountable can be difficult to determine. Giving the government the complete burden of preventing suicide may lead to its criminalization. Indeed, suicide was considered a crime in the U.K. until 1961, when suicide became framed less as a sin or moral wrong and more of a medical and psychological problem. However, the government can help prevent suicide in more ways than criminalization. A 2016 study found that rising poverty rates were highly correlative of rising suicide rates during the 2008-2009 economic recession. This study suggests that poverty and economic burden can influence the rate of suicide and if our goal is to prevent suicide, perhaps we should hold our politicians and government accountable for supporting those that are impoverished or enforcing stricter regulations on financial institutions to ensure economic stability. On the other hand, some might argue this alone is not enough.

Suicide is undoubtedly influenced by mental illness in many cases, regardless of external factors. Perhaps it is the responsibility of organizations such as the American Foundation for Suicide Prevention to help support those who feel suicidal and raise awareness about the topic. Some might argue this still is not effective enough alone because those who are considering suicide may not have access to these resources or may not have the motivation to seek out help.

So, we might then believe that it is every individual’s responsibility to prevent suicide. One example of the application of this type of thinking is the involuntary manslaughter sentencing of Michele Carter in 2017. Carter was a teenager suffering from mental illness, whose boyfriend, Conrad Roy III, committed suicide in 2014 (discussed in detail in this Prindle Post article). Text messages minutes before his Roy’s death show that Carter encouraged him to kill himself, texting him to get back in the carbon monoxide car after he had second thoughts about killing himself. Carter’s verdict implies that people can be held legally and morally responsible for their loved one’s decision to commit suicide. In the case of Carter, it was not just her failure to stop Roy, but also her encouraging attitude toward suicide that made her guilty,  according to the judge. If we decide to hold individuals accountable for preventing suicide, we may have to accept verdicts such as the one in the Michele Carter case. This becomes difficult, because it implies that those surrounding suicidal people, including loved ones, could be held legally and morally responsible for their death. Additionally, is assigning blame in the case of suicide really necessary or morally correct?

Suicide is not an easy topic, and probably never will be. The decision to take one’s own life cannot be boiled down to one or even a few causes. During September, we should all collectively think critically about suicide and how we are failing as a society to prevent it.