By now, you’ve probably encountered Wordle, the colorful daily brainteaser that gives you six attempts to guess a five-letter word. Created in 2020 by Josh Wardle, the minimalistic website has gone viral in recent weeks as players have peppered their social media feeds with the game’s green-and-yellow boxes. To some, the Wordle craze is but the latest passing fad capturing people’s attention mid-pandemic; to others, it’s a window into a more thoughtful conversation about the often social nature of art and play.

Philosopher of games C. Thi Nguyen has argued that a hallmark feature of games is their ability to crystallize players’ decision-making processes, making their willful (and reflexive) choices plain to others; to Nguyen, this makes games a “unique art form because they work in the medium of agency.” I can appreciate the tactical cleverness of a game of chess or football, the skillful execution of a basketball jump shot or video game speedrun, or the imaginative deployment of unusual forms of rationality towards disposable ends (as when we praise players for successfully deceiving their opponents in a game of poker or Mafia/Werewolf, despite generally thinking that deception is unethical) precisely because the game’s structure allows me to see how the players are successfully (and artistically) navigating the game’s artificial constraints on their agency. In the case of Wordle, the line-by-line, color-coded record of each guess offers a neatly packaged, easily interpretable transcript of a player’s engagement with the daily puzzle: as Nguyen explains, “When you glance at another player’s grid you can grasp the emotional journey they took, from struggle to likely victory, in one tiny bit of their day.”

So, why don’t people cheat at Wordle?

Surely, the first response here is to simply reject the premise of the question: it is almost certainly the case that some people do cheat at Wordle in various ways or, furthermore, lie about or manipulate their grids before sharing them on social media. How common such misrepresentations are online is almost impossible to say.

But two facets of Wordle’s virality on social media suggest an important reason for thinking that many players have strong reasons to authentically engage with the vocabulary game; I have in mind here:

In the first case, despite no formal warning presented by the game itself (and, presumably, no “official” statement from either Wordle’s creator or players), there exists a generally unspoken agreement online to avoid giving away puzzle answers. Clever sorts of innuendo and insinuation are frequent among players who have discovered the day’s word, as are meta-level commentaries on the mechanics or difficulty-level of the latest puzzle, but a natural taboo has arisen against straightforwardly announcing Wordle words to one’s followers (in a manner akin to the taboo against spoiling long-awaited movie or television show plots). In the second case, social media users not caught up in Wordle’s grid have frequently expressed their annoyance at the many posts filled with green-and-yellow boxes flying across their feeds.

Both of these features seem to be grounded in the social nature of Wordle’s phenomenology: it is one thing to simply play the game, but it is another thing entirely to share that play with others. While I could enjoy solving Wordle puzzles privately without discussing the experience with my friends, Wordle has become an online phenomenon precisely because people have fun doing the opposite: publicly sharing their grids and making what Nguyen calls a “steady stream of small communions” with other players via the colorful record of our agential experiences. It might well be that the most fun part of Wordle is not simply the experience of cleverly solving the vocab puzzle, but of commiserating with fellow players about their experiences as well; that is to say, Wordle might be more akin to fishing than to solving a Rubik’s cube — it’s the story and its sharing that we ultimately really care about. Spoiling the day’s word doesn’t simply solve the puzzle for somebody, but ruins their chance to engage with the story (and the community of players that day); similarly, the grids might frustrate non-players for the same reason that inside jokes annoy those not privy to the punchline — they underline the person’s status as an outsider.

So, this suggests one key reason why people might not want to cheat at Wordle: it would entail not simply fudging the arbitrary rule set of an agency-structuring word game, but would also require the player to violate the very participation conditions of the community that the player is seeking to enjoy in the first place. That is to say, if the fun of Wordle is sharing one’s real experiences with others, then cheating at Wordle is ultimately self-undermining — it gives you the right answer without any real story to share.

Notice one last point: I haven’t said anything here about whether or not it’s unethical to cheat at Wordle. In general, you’ll probably think that your obligations to tell the truth and avoid misrepresentation will apply to your Wordle habits in roughly the same way that they apply elsewhere (even if you’re not unfairly disadvantaging an opponent by cheating). But my broader point here is that cheating at Wordle doesn’t really make sense — at best, cheating might dishonestly win you some undeserved recognition as a skilled Wordle player, but it’s not really clear why you might care about that, particularly if the Wordle community revolves around communion moreso than competition.

Instead, swapping Wordle grids can offer a tantalizing bit of fun, authentic connection (something we might particularly crave as we enter Pandemic Year Three). So, pick your favorite starting word (mine’s “RATES,” if you want a suggestion) and give today’s puzzle your best shot; maybe we’ll both guess this one in just three tries! 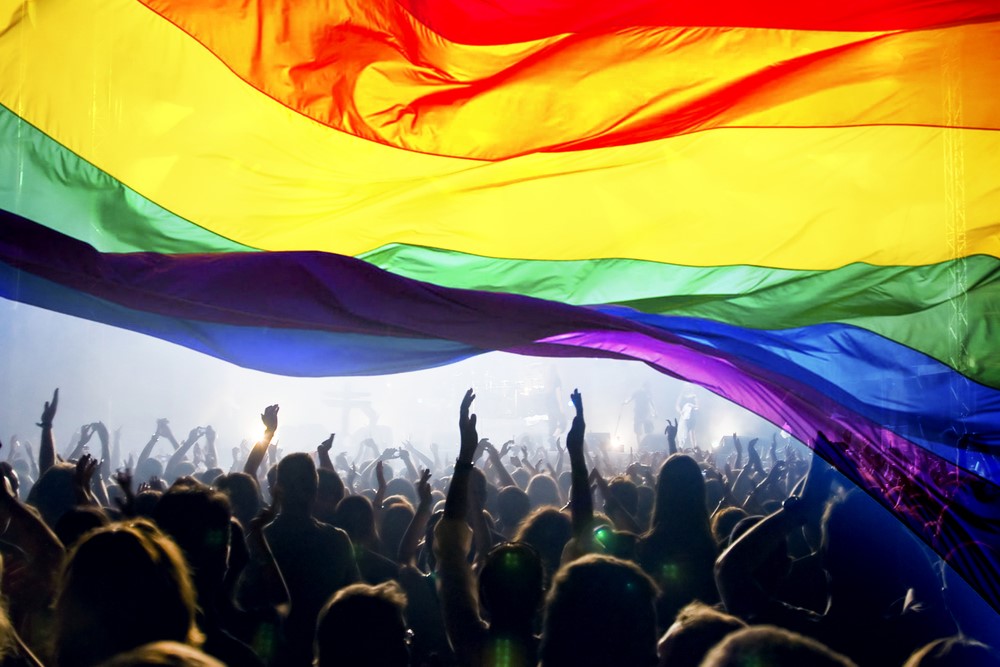 “As Pride is held in a public space and is a public event, it should be open to the public while also following the standards of public decency. Overtly sexualized displays . . . breech [sic] the boundaries of good taste and decency even as Pride stretches what is and is not acceptable. It alienates members of our community who are modest, who have ethical or philosophical objections (as many feminists do), who have children, or who simply do not want to participate in your sex life as unwilling voyeurs. BDSM and kink displays deter many of us from attending . . . Pride should be for everyone in the LGBT community.”

The problem, as he sees it, is accessibility. Muslims who identify as LGBT, for example, might not feel fully comfortable at an event where kink is out in the open, and a community that prides itself on inclusiveness ought to take that discomfort into account. Baker-Jordan is also right that there is a long anti-kink feminist tradition. Audre Lorde, Judith Butler, and Alice Walker (to name a few) have all written against BDSM, and their arguments were compiled in the controversial 1982 anthology Against Sadomasochism. However, Baker-Jordan doesn’t seem interested in probing the ethical or philosophical motivations of those who wear leather to pride events; only the anti-kink objectors are allowed any intellectual depth or moral sense. He falls back on extremely subjective terms like “good taste and decency,” which have long been utilized by conservative critics of the LGBT community to reinforce hegemonic systems. As Alex Abad-Santos explains for Vox,

“Queer history is often about resistance to norms and embracing radical existence, so engaging in respectability politics — the idea that marginalized groups need to behave or act in a certain way to validate the compassion shown toward them — flies in the face of those goals.”

Baker-Jordan further argues that the “struggle for lesbian, gay, and bisexual equality was always about gaining parity with straight people and straight couples, of having our relationships recognized as equally valid and legitimate. It has never been about our sex lives.” Many parts of this assertion are fundamentally untrue. For one thing, kink has been a visible component of pride since the 1960’s, and the woman who spearheaded the first pride parade in early-1970’s New York City was herself affiliated with kink. Furthermore, Baker-Jordan arguing that sex has nothing to do with LGBT rights is a bit like arguing that the struggles of the civil rights movement were about social and legal equality, but had nothing to do with the color of Black people’s skin. The very thing that sets the community apart from mainstream society is elided, which only serves to homogenize and de-radicalize a subversive group.

Many are troubled by pieces like Baker-Jordan’s, which reframe the important concepts of consent and accessibility (both of which are crucial to feminist, disabled, and queer thought) in service of socially conservative ends. This year, New York City decided to ban police officers from marching at the annual pride parade, and many pride organizers are having conversations about “rainbow capitalism,” or the commodification of LGBT issues by large corporations looking to make a buck. Clearly there are still questions about what pride should be and who it should be for, but excluding a large and historically important portion of the community from the event in the name of “respectability” ultimately serves no one. 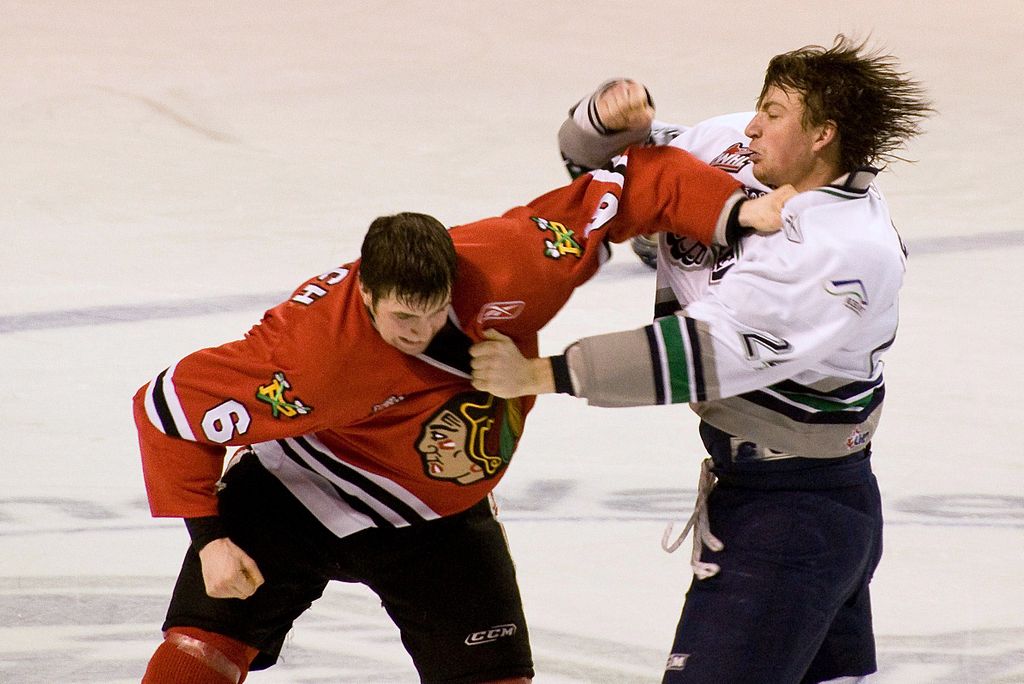