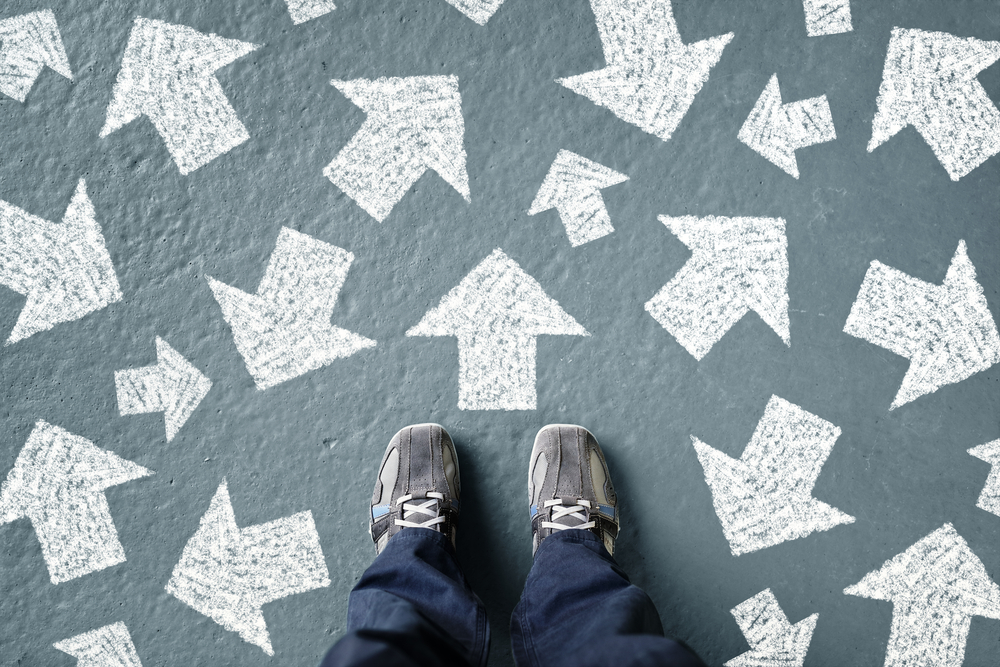 During times of crisis, such as a global pandemic, we have an opportunity to think better about fear. Most folks are living in fear, to various degrees, during this time of uncertainty. And that isn’t fun; fear is often unpleasant ‘from the inside.’ And it can rob us of well-being, and a sense of agency and control. And fear can be irrational: ancient Stoic philosophers argued that it neither makes sense to fear what we cannot control, nor to fear what we can. Of course, too little fear, in certain situations can be fatal; but we’re often faced with the problem of too much fear. Let’s begin with how fear can inhibit our ability to lead a moral life.

When in the grip of fear, it is all too easy to snap at loved ones, focus on our own problems at the expense of others, and generally be unpleasant, and perhaps worse. We may, in the grip of fear, treat others as obstacles in the pursuit of allaying those fears, and inflict unjustified harm in response. By example, Sam fears the trespasser on his property intends him harm — the man, while innocent, looks menacing; Sam shoots first and asks questions later. Here Sam is treating the trespasser as an impediment to his peace of mind; and in the grip of fear, he does something deeply wrong. We often aren’t at our moral best acting out of fear.

In addition, fear can rob us of our ability to think clearly. In the grip of fear, we can have a worse time thinking clearly and rationally: fear can, among other things, enhance our selective attention: the ability to focus on a specific thing in our environment, to the exclusion of others. And while this may be useful in a dangerous situation, it can also make rational thinking difficult. Conjure up the last time you were afraid; you likely weren’t at your smartest or most rational; I wasn’t. And fear can be self-defeating: if we want to address the source of our fears, we often need our full cognitive capacities. We thus need to rid ourselves of the feeling of fear, to best equip ourselves to address the cause.

And there’s the issue of control: the source of fear — e.g. economic uncertainty — may not be in our control. Many things aren’t in our control. Things that have receded into the past, as well as things that await in our unknown future, lie outside our control. The ancient Stoic philosophers thought it irrational to fear what we cannot control: there is nothing to be gained from fearing what we can do nothing about; we emotionally harm ourselves, but gain nothing. Fearing what is beyond our control is like standing on the beach and trying to will the tide not to come in; we can immediately recognize this behavior as irrational. But fearing what is beyond our control isn’t that different: we can do nothing about it; so to focus our mental and emotional energies on it would be a waste. As the Stoic philosopher Seneca explains:

“Wild animals run from the dangers they actually see, and once they have escaped them worry no more. We however are tormented alike by what is past and what is to come. A number of our blessings do us harm, for memory brings back the agony of fear while foresight brings it on prematurely. No one confines his unhappiness to the present.”

How should we then think about fear directed toward the future?

“It is likely that some troubles will befall us; but it is not a present fact. How often has the unexpected happened! How often has the expected never come to pass! And even though it is ordained to be, what does it avail to run out to meet your suffering? You will suffer soon enough, when it arrives; so, look forward meanwhile to better things.”

It isn’t rational, the Stoics held, to fear what we cannot control. And we shouldn’t fear what we can control either: if we can control it, we should. It makes more sense to focus on controlling the source of fear, and addressing it, then continuing to remain afraid. It doesn’t make much sense to be afraid of something we can address. It would make no sense to, say, be afraid of visiting the dentist, as many are, but fail to take active steps to prevent having to visit the dentist (more than necessary), by say, practicing good oral hygiene.

You may reply here that you don’t have direct control over your feelings; it isn’t as though you can voluntarily expel fears by sheer acts of will. There is an element of truth here: we often don’t have direct control over our emotions like we do, say, a light switch; we often just find we have certain feelings and emotions. There are things we can do cognitively to indirectly control and combat fear. Here are a couple of tools to help:

Narrowing one’s time horizon: sometimes the best way to address fear, especially fear of things to come, is to shrink our time horizons. Instead of focusing on the year, month, or even the next week, focus instead on the day. Too long? Narrow it further: focus on the next hour, or even the next minute. Life isn’t lived in an instant; and often enough, our fears lie in anticipation, but aren’t actually realized. This is why Alcoholics Anonymous wisely suggests those in recovery mentally frame their recovery as ‘one day at a time’: sometimes it is too overwhelming to think in larger time slices; doing otherwise may be too overwhelming. We need not be in recovery to benefit from the wisdom of narrowing our time horizon when in the grip of fear.

Gratitude: taking note of what we have to be thankful for — often, if we look hard enough, we can find things for which we should be grateful — can displace fear. We can use the practice of gratitude — like making a gratitude list — to draw our attention to the good things in our lives, to combat the overemphasis on the bad. To put the idea poetically: we can’t long abide both in the shadow of fear, and the sunlight of the gratitude; the latter has an uncanny way of driving away (or significantly reducing the power of) the former.

What’s the point to thinking better about fear? In short: to live a better life. We aren’t our best selves when we’re afraid. And since bad things may eventually befall you — where there is little we can do about it — we may as well appreciate the good things in the moment. What’s the point of that? I’ll let Seneca answer:

“There will be many happenings meanwhile which will serve to postpone, or end, or pass on to another person, the trials which are near or even in your very presence. A fire has opened the way to flight. Men have been let down softly by a catastrophe. Sometimes the sword has been checked even at the victim’s throat. Men have survived their own executioners. Even bad fortune is fickle. Perhaps it will come, perhaps not; in the meantime it is not. So, look forward to better things.”

Though fear can be useful — by example, it may help us survive — we can be too fearful to live good, productive lives. We may not always be able to do something about feeling afraid, but we need not let it completely dictate the quality of our lives either.