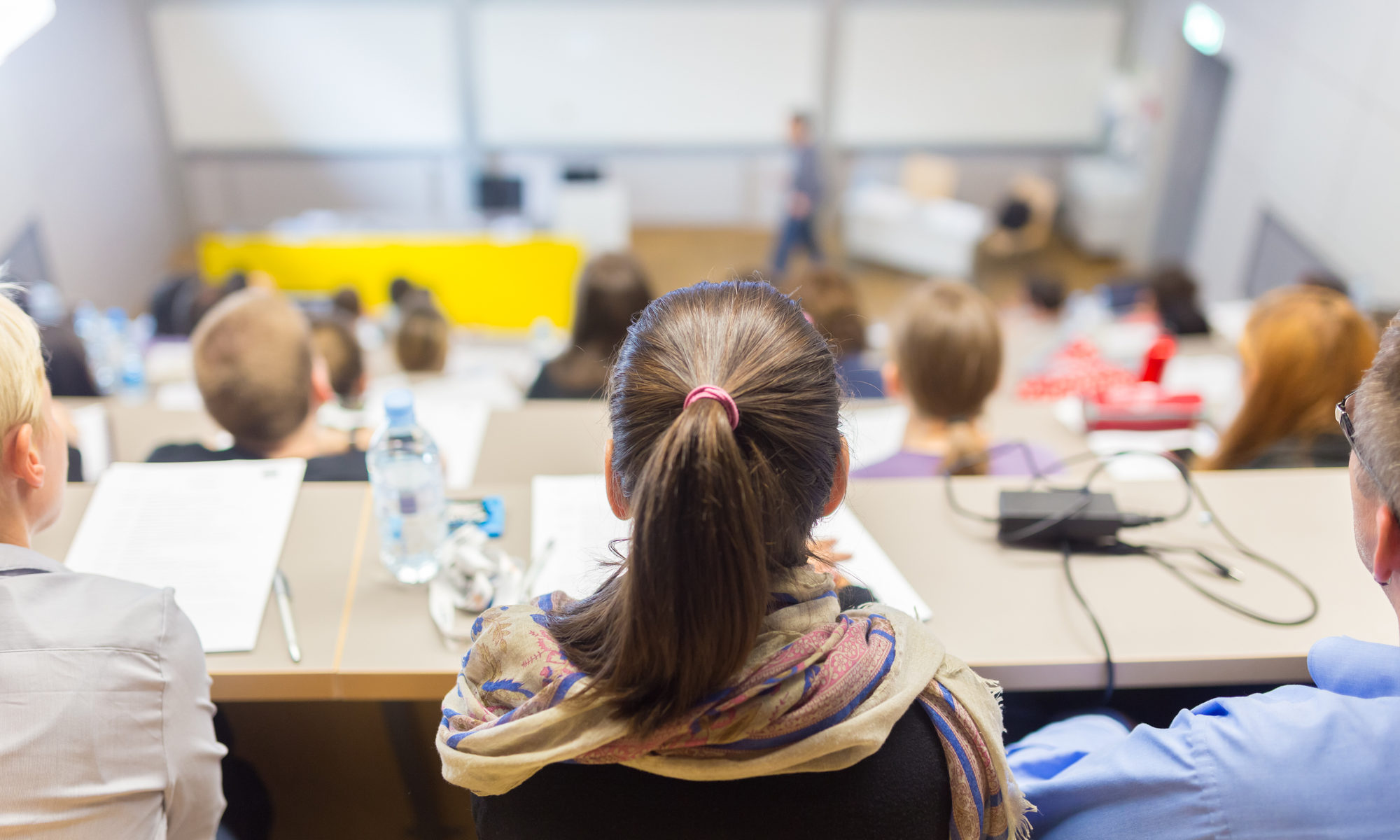 On October 3rd, The New York Times reported that organic chemistry adjunct Professor Maitland Jones, Jr. had been fired by N.Y.U. after 82 out of 350 of his students signed a petition against him. Students complained that their grades did not reflect the amount of time and effort they put into the course and that Jones did not prioritize student well-being and learning. (Jones, meanwhile, reported a significant drop off in student performance in the past decade, and especially after the pandemic.) Before firing Jones, university officials had first offered to review student grades and allowed students to withdraw from the class retroactively.

More broadly, there have been a wide range of takes offered on the whole situation: Jones’ firing illustrates the precarity of contingent faculty and an administration run amok; “weed-out” classes like organic chemistry exacerbate student inequalities; students are becoming coddled and entitled, which will make them bad doctors; academic degrees are becoming a consumer product – and the consumers with financial power are the parents, not the students; organic chemistry isn’t actually necessary to be a good doctor, and it only became a weed-out course through policy decisions to limit the number of new doctors, leaving us with a shortage of physicians; the systemic and structural factors that create out-of-touch professors, entitled students, and pandering administrators are what we should actually blame.

This case raises rich possibilities for discussion, but I would like to focus on the following question: What purpose do weed-out courses actually serve, and is it a purpose we can get behind?

I will limit the discussion for now to pre-med classes, but the question could be asked of other disciplines as well.

Let’s start with the more positive aspects of weed-out courses. The main purpose of such a course seems to be to allow students to assess whether they have the necessary aptitude for surviving medical school and becoming good doctors. Ideally, a professor would facilitate this task by ensuring the class has the adequate rigor to support students in their pursuits, but also kindly counseling struggling students that they should seek another career path.

One apparent benefit of this kind of course would be to prevent students from spending a great deal of time and money pursuing a career they are more and more unlikely to attain.

Unfortunately, it is a hard truth that effort alone is not enough to get one through medical school, even though dedication and determination are necessary ingredients.

Another benefit of this kind of course would be to encourage students to cultivate the studying and test-taking skills they will need to do well in medical school and to become good doctors.

These considerations seem reasonable to me, but I’m not sure the language of “weeding out” best captures this set of aims. Instead, it suggests hoops that students are required to jump through in order to demonstrate their commitment and thus be granted access to continuing along their career path. There are plenty of questions here as to which courses should serve as the key benchmarks for success as a physician (a bioethics course might be on the list of courses that should be included, and an organic chemistry class might be less central than an immunology class), but having such benchmarks does not itself seem to be a problem.

Doctors need to have a variety of skills to be effective physicians: from the people-skills required in doctor/patient interactions, to a good problem-solving ability to catch diseases and health conditions before they progress, to the vast memorization needed to keep up with best practices and treatments. These are all abilities that should be fostered by pre-med education. If a student lacks one or more of these core capacities, it seems best for them (and their potential patients) to turn to another career path where their abilities might shine.

At the same time, we need to ensure that students of all backgrounds receive the resources (and opportunity) needed to acquire these skills during the course of their undergraduate education so that we do not simply reify existing inequalities.

So, let’s turn to the more negative aspects of weed-out courses. Often, it seems that the goal of a weed-out course is to get a certain portion of the class to withdraw or fail. Even if the express reason for this design is to promote rigor and provide a benchmark for student success, the learning environment can become toxic in several ways. If the professor sets up the class so that only the “truly bright” students can pass and treats student confusion as signs of laziness or stupidity, this creates a host of problems.

First, students who can keep up with the learning environment, whether through advantages in past tutelage or an ability to more quickly grasp the material, may start to see themselves as superior to those who do not do as well in the class. Second, students of all aptitudes may feel immense pressure and dedicate excessive time to studying in order to succeed in the class, contributing to mental distress. Third, students who do not do well in the class despite putting in the same intensive effort may see themselves as failures or as less worthy than other students.

What this kind of weed-out mentality amounts to is a kind of bullying that identifies some people as superior and others as inferior, only loosely tracking a student’s academic merit.

This can create problems not only in the pre-med weed-out courses but also in medical school and beyond. Hierarchies might arise between different medical subspecialties, with physicians in some elite residencies seeing themselves as superior to those who did not make the cut. These dynamics might also lead to epistemic overconfidence in practicing physicians, causing disruptions in doctor/patient interactions and negatively impacting the quality of patient care.

More specifically, I worry that some of our initial defenses of these weed-out classes tend to reify bullying practices rather than establishing the necessary benchmarks one needs to meet in order to be a good physician – in the same way that there are certain benchmarks that one should be able to meet to be a good teacher, a good lawyer, a good journalist, a good businessperson, a good caretaker, and more. While the pandemic has negatively impacted student learning and well-being, the student petition can be read as reflecting an unwillingness to put up with a certain kind of bullying and as a demand for better institutional support.

The pandemic tested us all in a number of ways, and it has made apparent to many of us that some forms of treatment are untenable, especially in times of crisis.

If you take a look at the last 10 years of comments about Jones’ teaching performance on RateMyProfessors (for whatever the review site is worth), negative student ratings of Jones’ classes have been fairly consistent in quantity and quality over time. Students have raised the same concerns again and again, regardless of grades earned: no partial credit on tests, the necessity of studying excessive amounts of time compared to other organic chemistry classes, accusations that Jones did not respect students nor respond well to questions, consistently low test averages (there was conflicting information about whether tests were curved), and high drop rates. Students of all different academic backgrounds reported feeling excessively stressed out by the course, and many complained that the organic chemistry course was made intentionally difficult. While other students gave glowing reviews, it is clear that the instructional problems raised in the petition are not new.

In the end, we’re left – like some of Jones’s students – with what feels like an impossible task: How can we design weed-out classes to be sufficiently rigorous and supportive? And how would we know when we’ve done it right?

A few weeks ago Spring-Serenity Duvall, an assistant professor of communications at Salem College, banned student emails. It began with a syllabus policy identifying when students could email her for things, the idea being that students simply shouldn’t email for things that they could easily find out for themselves. But the list became complicated, and finally she decided to…ban all student emails, unless it was to set up an appointment to come see her. As draconian as it sounds, Duvall self reports success, and even that her students enjoyed the policy. As this article notes

After one semester, Duvall said, the email policy has been an “unqualified success.” She reported spending less time filtering through “hundreds of brief, inconsequential emails,” and noticed that students came to class better-prepared and wrote better papers. She allowed one exception to the rule — students emailing her content relevant to the course. During her decadelong career as a college instructor, Duvall said, she has never received more phone calls and more student visits during her office hours.

Students, in turn, gave the course better evaluations than previous cohorts, and rated Duvall’s concern for their progress and efforts to make herself accessible as “excellent.” Only one student out of 48 had something to say about the email policy — a quibble about not being able to ask simple yes-no questions — but even that student endorsed Duvall’s preference for in-person meetings.

But is this really a good policy? Should professors ban student emails? Danielle DeRise, responds to the above article arguing that they should not. Interestingly, not because she thinks the policy is draconian, but that students ought to figure out email etiquette for themselves. As she notes:

But isn’t there something to be said for letting young adults — especially those enrolled in a communications course — navigate the delicate rules of student-professor etiquette on their own? For letting them fail at it even? Suppose you email about a problem your professor deems trifling. The two worst consequences are (a) no response or (b) a snippy response. In my own college days, I sent emails that at the time seemed vital but that I now recognize as self-absorbed and/or irritatingly Type A. After a few terse one-liners from professors I admired, I became a less zealous emailer.

What do you all think? Is it permissible for professors to ban email, or not?