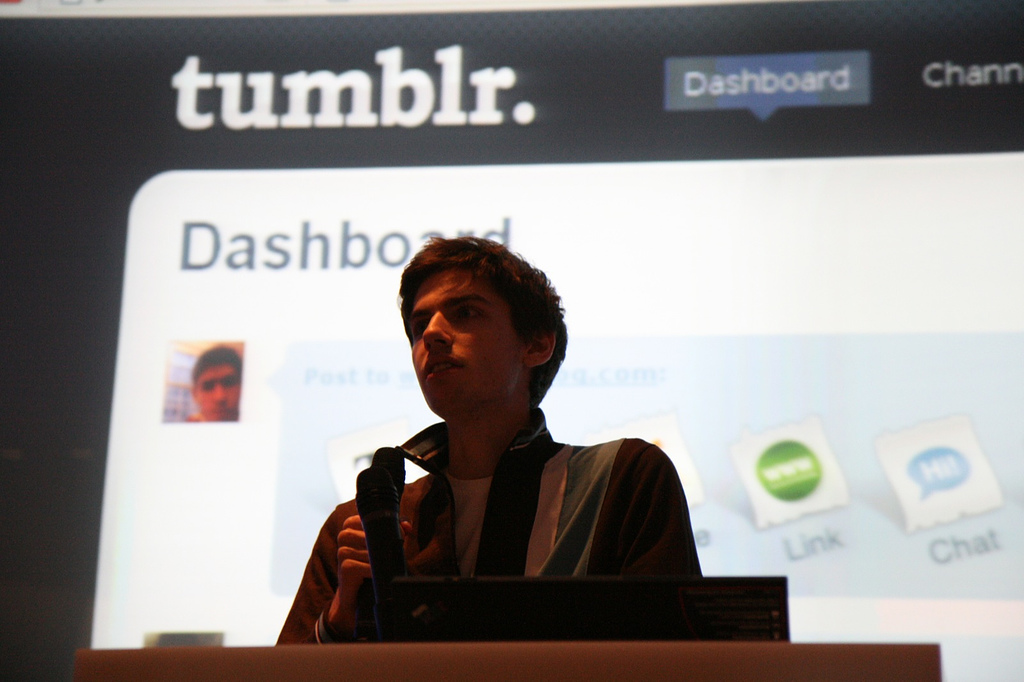 In early December, blogging platform Tumblr announced that it would be banning adult content from its site starting mid-month. In a post explaining the decision, CEO Jeff D’Onofrio stated that removing such content would better allow Tumblr to be a “safe place for creative expression [and] self-discovery” and would result in “a place where more people feel comfortable expressing themselves.” D’Onofrio explained further that while he recognized that many users sought out Tumblr as a source of adult content, that “[t]here are no shortage of sites on the internet” that users could turn to. The content to be removed includes “images, videos, or GIFs that show real-life human genitals or female-presenting nipples—this includes content that is so photorealistic that it could be mistaken for featuring real-life humans (nice try, though)” although “certain types of artistic, educational, newsworthy, or political content featuring nudity” will be allowed to stay.

While creating safe places for expression and self-discovery are laudable goals, if a bit vague, recent problems with the platform are perhaps a better explanations of Tumblr’s decision. Notably, the fact that the Tumblr app was recently removed from the iOS App Store, ostensibly for the reason that Tumblr was not doing enough to ensure that illegal content – specifically in the form of child pornography – was being filtered out. Whether Tumblr’s decision to ban all adult content was based on genuine moral concern or simply concern for the bottom-line (it would no doubt be a major blow to Tumblr to be removed from the iOS store permanently), many online have speculated that the ban will spell the death of the platform. As Motherboard discovered, approximately a significant percentage of Tumblr blogs were based around providing adult content, with an even more significant percentage of users seeking out that content.

It is clear that Tumblr has a moral obligation to do as much as they can in order to prevent harmful material like child pornography from appearing on their platform. It also seems clear that Tumblr has, up until this point, failed to meet said obligation. The move to ban all adult content, then, might seem to be the straightforwardly right way to attempt to amend for their past transgressions, as well as to prevent further such harms in the future. And indeed, it may very well be the case that, overall, Tumblr’s ban on adult content will result in the prevention of many further harms (especially given many of the problems inherent to the type of pornography that tends to be propagated online).

Nevertheless, there has been a good amount of negative response to Tumblr’s decision, as well. In general, people appear to be expressing three main types of worries. The first is that Tumblr’s new filters are bad at distinguishing the kind of content they want to ban from content that they have deemed inoffensive, and thus that an attempted universal ban on adult content will potentially stifle legitimate creative expression; second, that Tumblr is being hypocritical in banning of adult content but not, for example, taking strides to address other problems on its platform, especially those involving hate speech; and third, that the ban on adult content disproportionately affects users from marginalized groups.

With regards to the first worry, many Tumblr users have already noticed that their filters are not great at separating inappropriate from appropriate content. As The Guardian reports, Tumblr has already flagged as inappropriate images of fully-clothed historical figures, artists, and ballet dancers, as well as a painting of Jesus in a loincloth. If Tumblr is meant to be a site that encourages self-expression, stifling said expression as a result of bad programming does not seem to be the best way to achieve this goal.

The second concern pertains to Tumblr’s policies generally about what kind of content is deemed acceptable on the platform. As The Washington Post reports, while searches involving sexually explicit terms on Tumblr gave no results, “racist and white supremacist content, including Nazi propaganda, was easily surfaced”, despite the fact that such posts violate Tumblr’s policies surrounding hate speech. It seems that just as Tumblr has an obligation to attempt to prevent illegal pornographic content, it similarly has obligations with respect to preventing users from promoting hate speech. It seems hypocritical, however, to focus only on one type of content and not another, especially given the widespread harms that can result from the dissemination of the type of racist and white supremacist content that is easily searchable on the platform.

“Unlike typical pornography sites, which overwhelmingly cater to men, and serve an often narrow definition of what is attractive, Tumblr has been a home for something else – content tailored at vibrant LGBT communities, or for those with tastes you might not necessarily share with all your friends.”

In a post on his blog, actor Wil Wheaton concurs:

“The reality is that for a lot of the LGTBQ+ community, particularly younger members still discovering themselves and members in extremely homophobic environments where most media sites were banned (but Tumblr wasn’t even considered important enough to be), this was a bastion of information and self-expression.”

Wheaton supported his view by performing an experiment, one in which he posted a series of images of “beautiful men kissing” on Tumblr. The post was flagged by as inappropriate, despite the images not being pornographic or in any clear violation of Tumblr’s newly stated policies. Wheaton laments that “it’s ludicrous and insulting that – especially in 2018 – this is flagged, either by some sort of badly-designed algorithm, or by shitty homophobic people”. Finally, Kaila Hale-Stern writing at The Mary Sue, argues that

“What D’Onofrio and his corporate overlords at Verizon’s Oath [who own Tumblr] don’t understand—or don’t care about—is that this sort of adult content is frequently generated by women, marginalized people, and all sorts of creatives struggling in our vicious ‘gig economy.’ They’re going to be hurt the most by the ban.”

Aside from stifling self-expression, then, Hale-Stern points to a more tangible harm in the form of creators of adult content losing their livelihoods as a result of Tumblr’s new ban.

What initially appeared as a seemingly straightforward fulfilment of Tumblr’s obligations to prevent harmful content from appearing on their platform is, on closer inspection, more complicated. As many have argued, there is perhaps room for a middle-ground: instead of issuing a universal ban on all adult content on the platform, Tumblr could have done a better job of implementing more effective algorithms to detect and filter out offensive content without removing the means for self-expression and livelihoods of many users (better filtering could also, hopefully, address concerns about hate speech, as well).