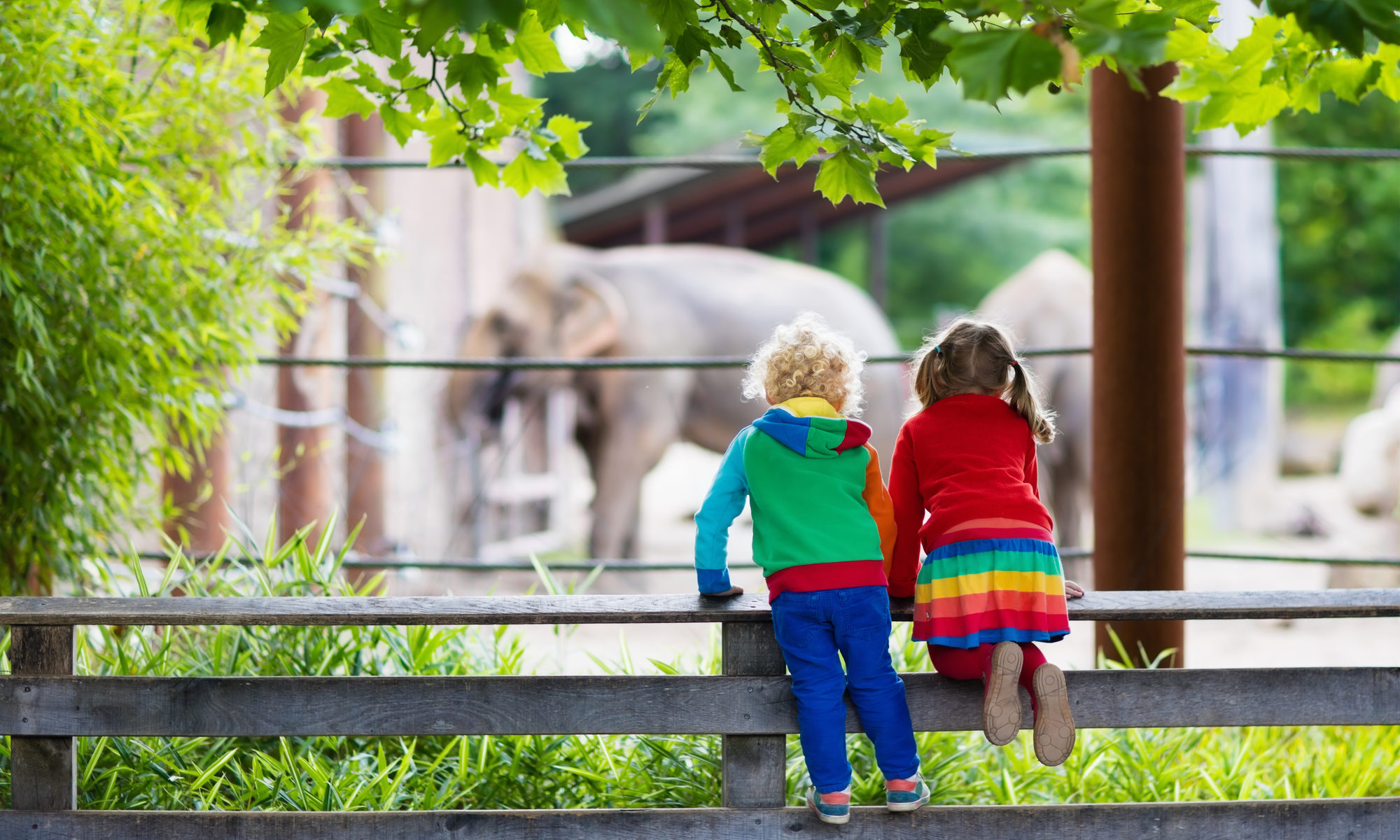 Most of us think moral status depends on intrinsic properties. We think it depends, say, on whether you are capable of consciousness, or of reasoning, or whether you are a human, etc. Rossi thinks it depends on an extrinsic property: “the moral costs and benefits — principally understood in terms of aggregate welfare, autonomy, and equality — of adopting as a general rule that such-and-such a class of beings possesses strong moral subject-hood” determine whether you have full moral status. I take it we are supposed to accord full moral status to a being if doing so would have the best consequences. 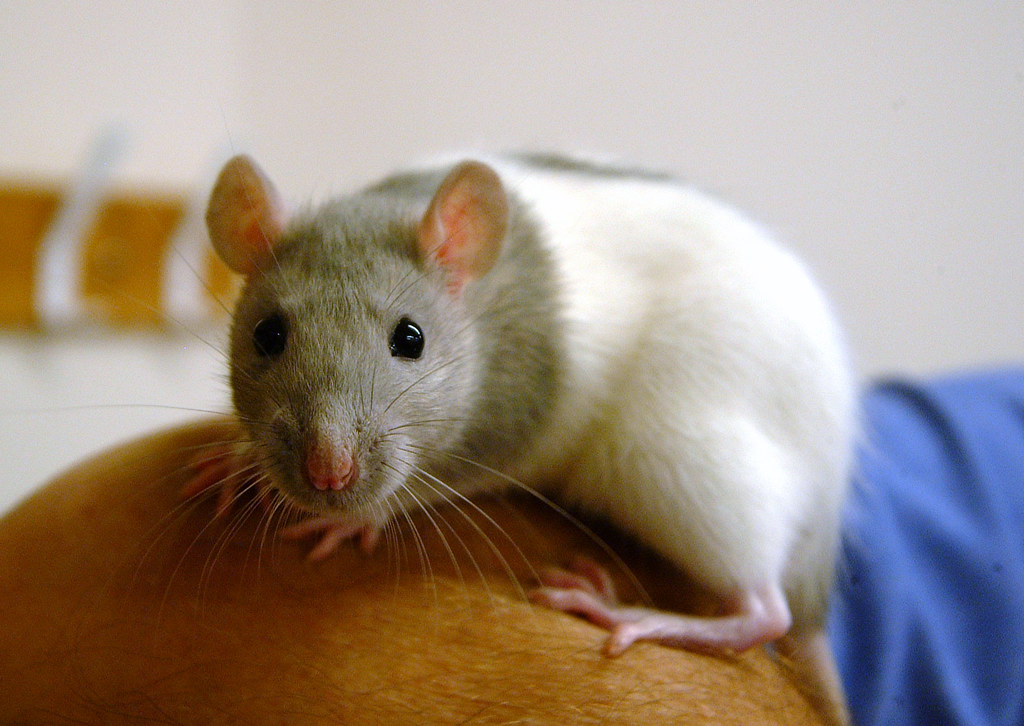 In a groundbreaking development towards the goal of growing human organs viable for transplant, Japanese scientists announced that they have government approval to create animal embryos containing human cells in them. The experiments could consist of mice and rat embryos, adjusted to grow with human cells that hopefully will grow into organs once the embryos are implanted into mouse surrogates.

This is the first such experiment since the government adjusted its stance in March. Before this change, studies were banned that developed embryos that contained human cells beyond 14 days, and scientists were not permitted to implant such embryos into uteruses. One reason to be cautious of implanting an embryo and allowing it to develop to full term is the possibility that the human cells may extend past the initial point and function of their hybridization. So, the unpredictability of developing hybrids even with smaller organs composed of human cells has been met with restraint by the scientific community.

The “14 day rule” has widespread use either in strict policy or soft adherence (though in the past few years some experts have proposed doubling it). Embryos typically implant in the uterus around day seven so it is only recently that the technology to develop embryos past the 14 day rule without implanting them has even been a serious possibility. At around 14 days, the “primitive streak” appears: “a faint band of cells marking the beginning of an embryo’s head-to-tail axis.” Why does this matter?

“The formation of the primitive streak is significant because it represents the earliest point at which an embryo’s biological individuation is assured. Before this point, embryos can split in two or fuse together. So some people reason that at this stage a morally significant individual comes into being.”

The 14-day rule arguably provides a helpful legal doctrine in its clarity and its non-arbitrary grounding. Most scientists and laypeople alike would prefer to have some such standard so that embryonic research is both possible but regulated.

There are certainly other, more philosophically popular, standards for moral status – the status that grants a being the cluster of rights and responsibilities as a member of the moral community. Moral status is a difficult quality to codify: while it is pretty intuitive that I cannot be wronged by a table and don’t owe it anything, this is decidedly not the case with my partner of a decade. So what about a pet kitten who scratches me? Does she wrong me? What sorts of behavior and treatment might I owe a pet kitten? These questions get at the moral status of the table, my partner, and a kitten.

Typically, theories of moral standing have a difficult time including humans at early stages and excluding non-humans (at mature stages of development). This makes the moral status of human/non-human hybrids potentially interesting. If it is, for example, our ability to experience complex pain and pleasure that makes us morally significant, there is great evidence that a number of non-human animals share these capacities (as well as our intellectual abilities).

For bioethicists and layfolk alike, embryos may possess moral standing for a few reasons. It could be species membership itself that grants humans in early development their status. Or, it could be the potential for developing into a creature with advanced capacities of emotionality and rationality.

If the experiments proceed as designed, the human cells will stay focused to organs such as the pancreas. Given this, hardline pro-lifers may say these aren’t human enough to have moral value, depending on what’s driving their intuitions: if the moral status is grounded in the religious view that god implants a soul into a zygote, they might simply reject this as human-made, without a human soul, and assign no moral value. If their intuitions are driven by the notion that human embryos have the potential to develop into a creature with special capacities such as intellectual, relational, or emotional capacities, then the moral status of the embryo would depend on what capacities these hybrids would have once developed. It is unlikely that the capacity to produce insulin and regulate blood sugar is the morally significant capacity that grants humans their status in our moral community.

If it’s “sanctity of human life” that drives one’s intuition of moral status and the status of embryos, the presence of living human cells, and eventually organs, may lead to different positions. For such a position, it is not intellectual, emotional, or sentient abilities that ground the status, so the lack of overall capacities of the hybrid is no drawback. The presence of living human cells seems to be enough of a grounding, but in the hybrid’s case, it doesn’t qualify as “human” overall, only partly, hence “hybrid”. For such a circumstance, one could admit of a scalar model of moral standing, so the hybrid could have whatever percentage moral status that it is made up of human organs, or keep a binary understanding of moral status that the hybrid must cross a threshold of composition to meet.

For most thinkers, having a human organ is insufficient for qualifying for full moral standing of a mature human. These mice and rats that are implanted with organs will have the standing that mice and rats normally have. The monkeys that scientists are using to perform similar hybridization for organ development will similarly have whatever status monkeys normally do. To contrast, consider the experiments begun earlier this year to make chimeras of brain cells. In such experiments, we aim to alter monkeys’ capacities and manner of experiencing the world by adding human brain cells. Here it becomes more difficult to determine the moral status of the resulting animal. 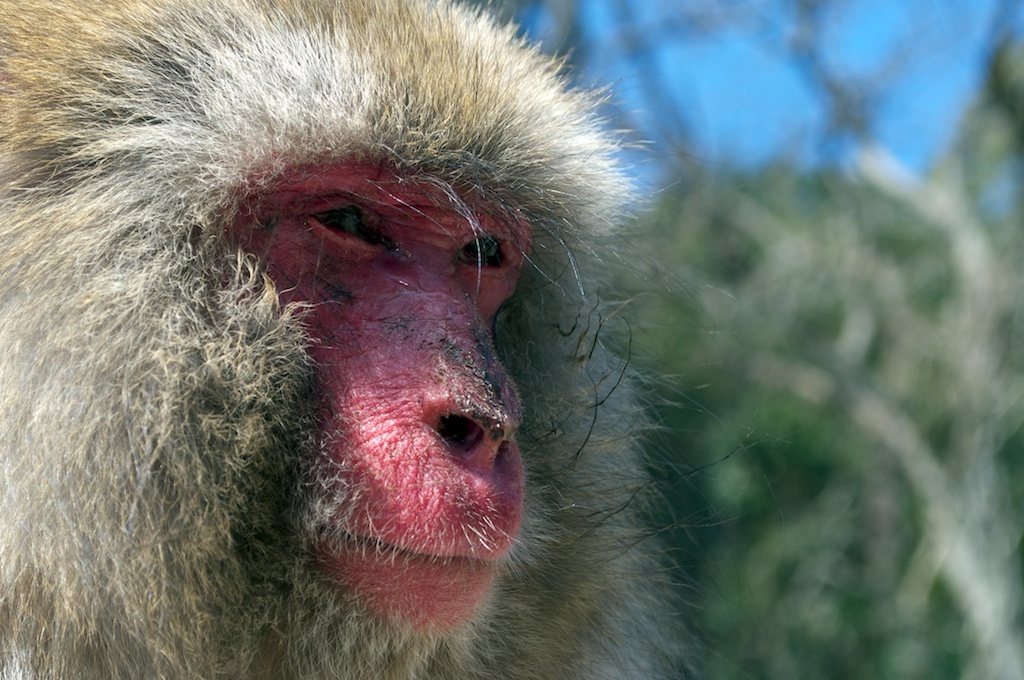 Last month researchers significantly complicated how we conceive of the landscape of moral creatures. Scientists in China have created a monkey with a human brain gene, inserting it with a virus into eleven macaque monkeys. “The five survivors went through a series of tests, including MRI brain scans and memory tests. It turned out they didn’t have bigger brains than a control group of macaques, but they did perform better on short-term memory tasks. Their brains also developed over a longer period of time, which is typical of human brains.” The scientists articulated the aim of the study as observing the evolutionary process of the human brain, the research was meant to capture how our brains developed the way they did. The next stages will involve study of the genes associated with language learning.

Typically, ethicists and laymen alike have taken there to be something morally relevant about most humans that means that they ought to be treated in particular ways, and should treat others in particular ways. Humans are moral animals in the sense that they are the ones that can do wrong and be wronged. In other words, when a non-human predator kills and eats its dinner, they are harming but not wronging their prey. When humans kill something, this is a potentially morally-loaded behavior.

The moral standing of humans is a tense enough ethical question, it being notoriously difficult to find an intuitive property that could ground the moral package of rights and duties that we take most humans to have – that transforms humans into persons. Is it advanced cognitive capacities such as reason, or self-awareness, or the ability to direct their behavior self-consciously? Is it the complex ways they feel pain and pleasure? The sort of relationships they have with one another? The potential to develop into a being that has these properties? Their membership in the “advanced” species? Each of these standards misses some intuitions that many would find central to our moral understanding – children may be excluded, animals may be included too strongly, humans experiencing brain death or persistent vegetative states or advanced dementia may not be captured appropriately.

While much of the focus of discussions of moral standing attempts to figure out what is special about humans, it is difficult to ignore that many of the things that makes humans special are shared to varying degrees with non-human animals. Our tool-use, communication, intelligent and flexible responses to the environment, complex social structure, etc., can all be found across the animal kingdom in various forms. This is suggestive of duties or respect that we may owe to such animals, and animal ethics is a large and growing area of research.

Further, with the advances made in computer science, some philosophers suggest that we need to start thinking about treating artificial intelligence that we create with similar moral respect that we owe to non-human animals. So, while humans may be a model for moral consideration, concern, and responsibility, extending this framework to relevant beings in the world is nothing new.

However, influencing creatures to give them the properties of humans is a significant step. While there may be ways of ethically treating some non-human animals in captivity (wildlife preserves?), keeping a creature with human capacities captive has long been viewed as morally reprehensible (a view that hopefully criminal justice systems will catch up with). Also, one major justification for experimenting on non-human animals is the benefit for humans – potential disease intervention, etc. This, however, is not the aim of these studies.

While there are those that consider it to be unethical to interfere with the basic capacities of non-human animals, the researchers have a two-pronged defense. First, apes are similar enough to humans that altering their genetic structure wouldn’t be a harm. Second, their test subjects are different enough that their research won’t succeed in making them sufficiently human to worry.

An interesting result of the potential future of these experiments is that many creatures would have the moral status of “potential person”, which is relevant to some in the US’s abortion debate. If the research on primates continues as the researchers articulate, Tooley’s science fiction thought experiments from the 1970s and 80s about the potential to inject cats with the rationality of mature humans transitions from science fiction to scientific possibility, and attention to the standing of “potential person” will be relevant outside of the abortion debate.