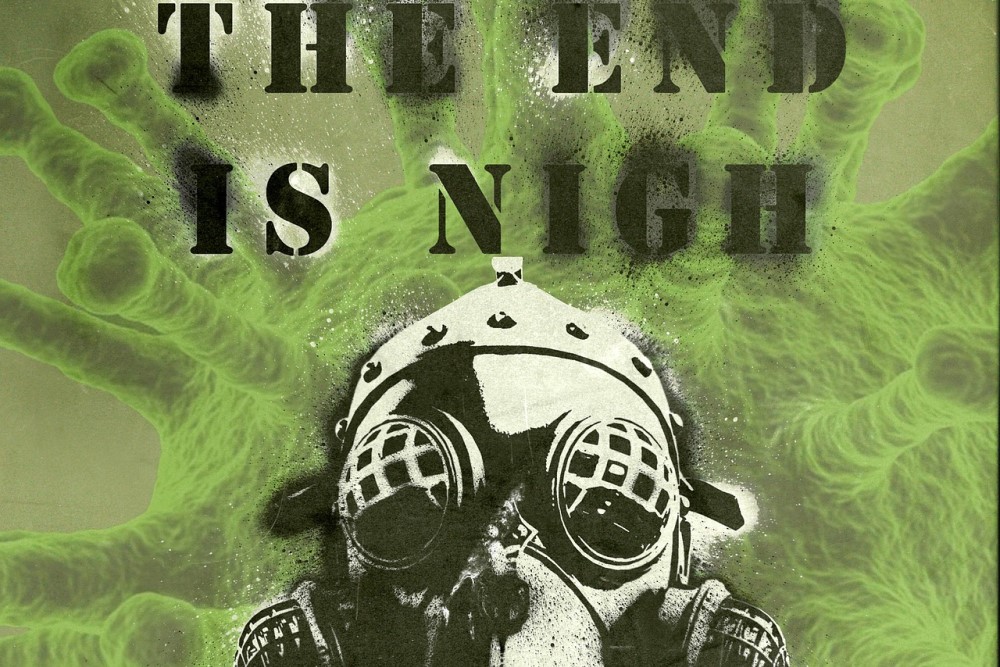 The Plough Quarterly recently released a new essay collection called Breaking Ground: Charting Our Future in a Pandemic Year. In a contribution by Joseph Keegin, “Be Not Afraid,” he details some of his memories of his father’s final days, and the looming role that “outrage media” played in their interactions. He writes,

My dad had neither a firearm to his name, nor a college degree. What he did have, however, was a deep, foundation-rattling anxiety about the world ubiquitous among boomers that made him—and countless others like him—easily exploitable by media conglomerates whose business model relies on sowing hysteria and reaping the reward of advertising revenue.

Keegin’s essay is aimed at a predominantly religious audience. He ends his essay by arguing that Christians bear a specifically religious obligation to fight off the fear and anxiety that makes humans easy prey to outrage media and other forms of news-centered absorption. He argues this partly on Christian theological grounds — namely, that God’s historical communications with humans is almost always preceded by the command to “be not afraid,” as a lack of anxiety is necessary for recognizing and following truth.

But if Keegin is right about the effects of this “deep, foundation-rattling anxiety” on our epistemic agency, then it is not unreasonable to wonder if everyone has, and should recognize, some kind of obligation to avoid such anxiety, and to avoid causing it in others. And it seems as though he is right. Numerous studies have shown a strong correlation between feeling dangerously out-of-control and the tendency to believe conspiracy theories, especially when it comes to COVID-19 conspiracies (here, here, here). The more frightening media we consume, the more anxious we become. The more anxious we become, the more media we consume. And as this cycle repeats, the media we are consuming tends to become more frightening, and less veridical.

Of course, nobody wants to be the proverbial “sucker,” lining the pocket books of every website owner who knows how to write a sensational headline. We are all aware of the technological tactics used to manipulate our personal insecurities for the sake of selling products and, for the most part, I would imagine we strive to avoid this kind of vulnerability. But there is a tension here. While avoiding this kind of epistemically-damaging anxiety sounds important in the abstract, this idea does not line up neatly with the ways we often talk about, and seek to advance, social change.

Each era has been beset by its own set of deep anxieties: the Great Depression, the Red Scare, the Satanic Panic, and election fears (on both sides of the aisle) are all examples of relatively recent social anxieties that lead to identifiable epistemic vulnerabilities. Conspiracies about Russian spies, gripping terror over nuclear war, and unending grassroots ballot recount movements are just a few of the signs of the epistemic vulnerability that resulted from these anxieties. The solution may at first seem obvious: be clear-headed and resist getting caught up in baseless media-driven fear-mongering. But, importantly, not all of these anxieties are baseless or the result of purposeless fear-mongering.

People who grew up during the depression often worked hard to instill an attitude of rationing in their own children, prompted by their concern for their kids’ well-being; if another economic downturn hit, they wanted their offspring to be prepared. Likewise, the very real threat of nuclear war loomed large throughout the 1950s-1980s, and many people understandably feared that the Cold War would soon turn hot. Even elementary schools held atom bomb drills, for any potential benefit to the students in the case of an attack. One can be sure that journalists took advantage of this anxiety as a way to increase readership, but concerned citizens and social activists also tried to drum up worry because worry motivates. If we think something merits concern, we often try to make others feel this same concern, both for their own sake and for the sake of those they may have influence over. But if such deep-seated cultural anxieties make it easier for others to take advantage of us through outrage media, conspiracy theories, and other forms of anxiety-confirming narratives, is such an approach to social activism worth the future consequences?

To take a more contemporary example, let’s look at the issue of climate change. According to a recent study, out of 10,000 “young people” (between the ages of 16 and 25) surveyed, almost 60% claimed to be “very” or “extremely” worried about climate change. 45% of respondents said their feelings about climate change affected their daily life and functioning in negative ways. If these findings are representative, surely this counts as the Generation Z version of the kind of “foundation-rattling anxiety” that Keegin observed in his late father.

There is little doubt where this anxiety comes from: news stories and articles routinely point out record-breaking temperatures, numbers of species that go extinct year to year, and the climate-based causes of extreme weather patterns. Pop culture has embraced the theme, with movies like “The Day After Tomorrow,” “Snowpiercer,” and “Reminiscent,” among many others, painting a bleak picture of what human life might look like once we pass the point of no return. Unlike any other time in U.S. history, politicians are proposing extremely radical, lifestyle-altering policies in order to combat the growing climate disaster. If such anxieties leave people epistemically vulnerable to the kinds of outrage media and conspiracy theory rabbit holes that Keegin worries about, are these fear-inducing tactics to combat climate change worth it?

On the surface, it seems very plausible that the answer here is “yes!” After all, if the planet is not habitable for human life-forms, it makes very little difference whether or not the humans that would have inhabited the planet would have been more prone to being consumed by the mid-day news. If inducing public anxiety over the climate crisis (or any other high stakes social challenge or danger) is effective, then likely the good would outweigh the bad. And surely genuine fear does cause such behavioral effects. Right?

But again, the data is unclear. While people are more likely to change their behavior or engage in activism when they believe some issue is actually a concern, too much concern, anxiety, or dread seems to soon produce the opposite (sometimes tragic) effect. For example, while public belief in, and concern over, climate change is higher than ever, actual climate change legislation has not been adapted in decades, and more and more elected officials deny or downplay the issue. Additionally, the latest surge of the Omicron variant of COVID-19 has renewed the social phenomenon of pandemic fatigue, the condition of giving up on health and safety measures due to exhaustion and hopelessness regarding their efficacy.

In an essay discussing the pandemic, climate change, and the threat of the end of humanity, the philosopher Agnes Callard analyzes this phenomenon as follows:

Just as the thought that other people might be about to stockpile food leads to food shortages, so too the prospect of a depressed, disaffected and de-energized distant future deprives that future of its capacity to give meaning to the less distant future, and so on, in a kind of reverse-snowball effect, until we arrive at a depressed, disaffected and de-energized present.

So, if cultural anxieties increase epistemic vulnerability, in addition to, very plausibly, leading to a kind of hopelessness-induced apathy toward the urgent issues, should we abandon the culture of panic? Should we learn how to rally interest for social change while simultaneously urging others to “be not afraid”? It seems so. But doing this well will involve a significant shift from our current strategies and an openness to adopting entirely new ones. What might these new strategies look like? I have no idea. 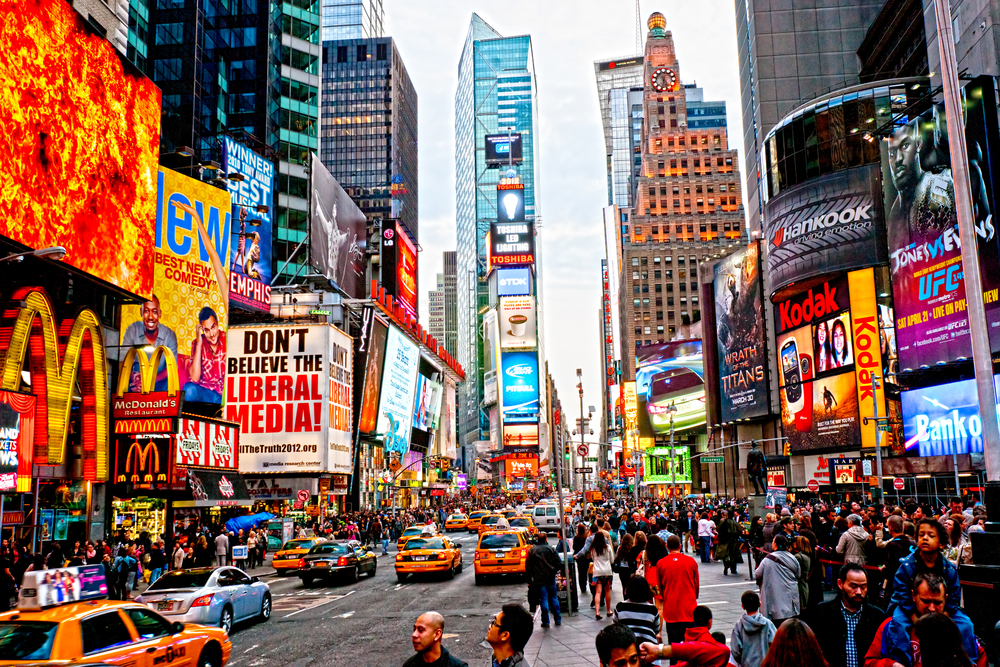 The written word has never been as accessible as it is today; one estimate from 2016 puts the global literacy rate at around 86 percent, a figure that would have been unthinkable just a few centuries ago. But at the same time, The Washington Post found in 2018 that American adults seem to be reading less for leisure, and a recent study conducted by Stanford found that the pandemic had a strong negative impact on childhood literacy rates. Has that post-literate future already arrived, and if so, what will fill the void left by books?

While the omnipresence of social media has lent a new sense of urgency to these questions, the anxieties behind them are hardly new. In the post-war period, television, radio, and cameras invaded the American home, and began to insidiously reshape the way we interact with our world. In the 1970s, literary critic Susan Sontag wrote despairingly of this new visual culture in On Photography; in her view, language and the fine arts were being supplanted by photographs, which claimed to present an objective view of reality in a way that drops of ink and splotches of paint could only dream of.However, Sontag believed that an image-saturated world was a politically insipid one. She wrote that

The limit of photographic knowledge of the world is that, while it can goad conscience, it can, finally, never be ethical or political knowledge . . . The very muteness of what is, hypothetically, comprehensible in photographs is what constitutes their attractiveness and provocativeness. The omnipresence of photographs has an incalculable effect on our ethical sensibility. By furnishing this already crowded world with a duplicate one of images, photography makes us feel that the world is more available than it really is.

Sontag saw the post-literate world as a visual one, but another philosopher proposed a different view. Media theorist Marshall McLuhan explained in 1962 that before the advent of 20th-century technology, literate people in the Western world thought sequentially. Political treatises, newspapers, and novels that followed a clear structure (beginning, middle, and end), and contributed to a broad sense of progress, whether on a micro or macro scale. But technology, McLuhan argued, had swept all of that away. As scholar Mark Cuenco explains, McLuhan believed that “A society becomes post-literate when electronic media compresses its experience of literacy to such an extreme degree that the simultaneity of the oral replaces the sequentalism of the typographic as the dominant pattern of thought and sense-making.” McLuhan, who predicted the advent of the Internet decades in advance, believed that literate culture had already been supplanted.

Through radio and television, oral culture – not visual culture – became dominant, and Cuenco argues that this is still the case.

Though staring at a screen is technically a visual experience and there is reading involved—be it of a Tweet, a Facebook post, or a cable news scroll—the fundamentally dynamic, ever-fleeting, and disjointed character of the content on the screen delivers indigestible volumes of information all at once, without much sequence or structure.

Visual culture, he argues, “operates on the principle of focus or linear sequence,” much in the same way that the written word does. While we do read a Tweet or the caption on a TikTok, the experience is so radically different from that of reading a book (one locks us into an endless scroll, while the other has a definitive start and end point) that the two experiences are hardly comparable. If McLuhan is right, a post-literate oral culture may lose the ability to create sustained political change through sequential planning. The here-and-now immediacy of oral culture may, ultimately, pose the same dangers that Sontag saw in visual culture.

While Sontag and McLuhan provide compelling critiques of technological advancement, it may be too soon to sound the death knell for literacy. Americans may spend less time reading for pleasure, but online retailers like Amazon prove that there is still a market for books, shrinking though it may be. It might be more accurate to say that we’re in a period of transition, neither entirely literate nor entirely oral/visual, and with drastic educational reform, this trend is still subject to change.