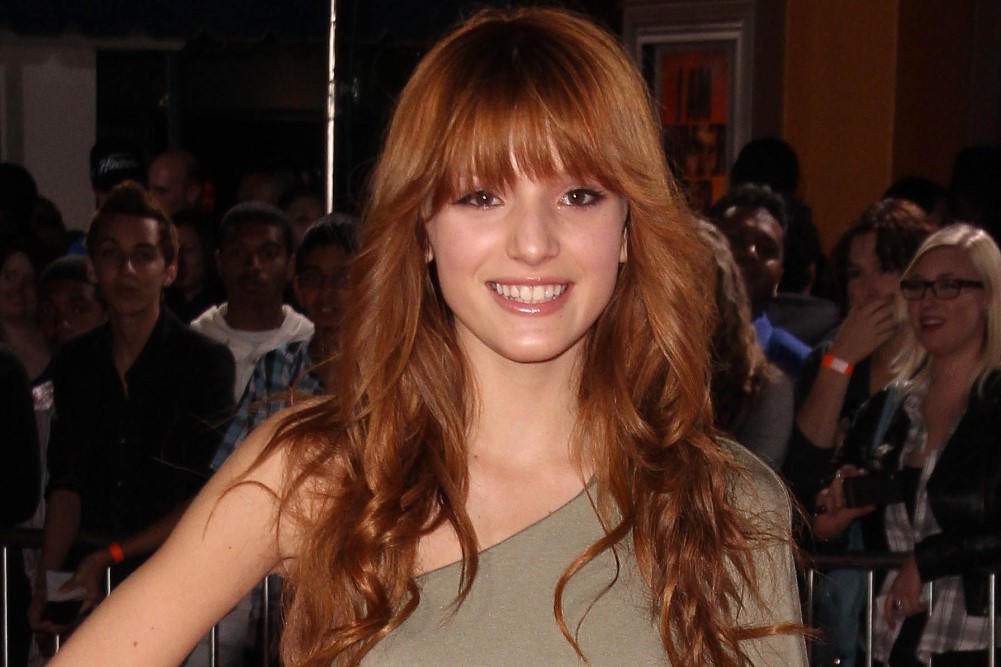 The age of technology has brought many new things into modern life, but arguably one of the most influential and important is social media. A radically new world was created online where everyone around the globe can be connected within seconds no matter their location. One of the groups to take advantage of this instant connection was celebrities as social media and online platforms allow them to connect with their fans directly and give audiences glimpses into their private lives, without having to actually even meet in-person. This has given rise to the phenomena of celebrity culture where the public can know almost any aspect of a star’s life. Some have used this trend to help build their fame and monetize their brands. While celebrities have every right to use these platforms just like any other member of the public, they enter into these spaces with an unfair advantage. They have a following and a brand, which usually disrupts some of the communities that are made up of the public, who might depend on these platforms to make a living. There’s a fine line here for celebrities to watch, as their introduction to these spaces threatens to undermine these platforms, and perhaps eliminate, or at least adulterate, this communal space.

Recently, one platform in particular, OnlyFans, has taken over the pornography market by allowing individuals to have autonomy over what and when they create. This form of pornography can be highly personal with subscribers getting to know the performers whose bodies and lives they are consuming. With OnlyFans, as long as you gain a following, anyone can make money through this form of sex work, without having to find a studio, or work in the public space. A new creator on the platform, actress Bella Thorne who started her career with the popular Disney show “Shake it Off,” broke records within 24 hours of her appearance on the site. She announced her introduction to OnlyFans with Paper Magazine where she wanted to discuss “the politics behind female body shaming & sex.” Immediately, she made headlines with her addition, which inevitably began sparking conversations around sex work and female sexuality — the discussion that she hoped would be happening.

There are both advantages and disadvantages to a celebrity of Bella Thorne’s caliber joining OnlyFans. Sex work has historically been a job that is not seen as a valid form of work and is criminalized in most countries around the world. As a consequent of this criminalization there are specific dangers that sex workers face in their line of employment, which are usually ignored by politicians, police officers, and society as a whole. If celebrities begin to partake in creating this type of content, however, a normalization may begin, which could work to validate and decriminalize sex work, and possibly address those issues that sex workers face daily. This appears to be Bella Thorne’s intention behind her move to OnlyFans. But she gravely miscalculated the responsibility she had to ensure that she didn’t hurt the very community she was trying to help.

Sex workers who rely on their income from OnlyFans faced a crisis as the website suddenly changed their policies, limiting the freedom and ability of performers to make a living off the platform. The catalyst to these changes was directly after Thorne made her debut on the platform, however, OnlyFans claims the two weren’t connected. Thorne made $1 million dollars within her first day on the site and $2 million after the first week. She also caused massive refunds after people paid for a nude photo, which in reality was not nude, and therefore many of those subscribers were demanding their money back from OnlyFans. Shortly after, the platform set limits on how much creators could charge for their content and the amount that consumers could give in tips to performers. Additionally, they lengthened the time that performers would receive their income to 30 days. A company that was once a safe space for sex workers to earn their living is now catering to the effects of celebrities. They profit from the audience that these big names bring on to their site, all the while ignoring the concerns of everyday sex workers whose livelihoods depend on the platform. For Bella Thorne, joining the platform is a way to have fun with her sexuality and popularity without the censorship or judgement of platforms like Instagram. She does not depend on that money for rent or food. She experiences little to none of the stigma that sex workers face daily. Her actions did not help the sex worker community, but actually severely hurt a community that is already one of the most marginalized.

What responsibility does Thorne even have in starting these conversations over sexual politics and female sexuality? How should she use her celebrity status and the privilege of millions of followers listening and watching her? One cannot ignore the fact that a lot of this increasing legitimacy of sex work has centered around middle-upper class white women beginning to explore the realms of sex work, while women of color continue to experience the stigma and marginalization of sex work. While sex work may slowly begin to be seen as a proper line of employment, there seems to be an otherness appearing in it, in which it is acceptable for certain women, but deplorable for others to take part in. This normalization is beginning to look more like a gentrification in which white women profit off the work that other women have been doing for decades, which would of course only continue to hurt a large portion of the sex worker community. So, perhaps it was not even Thorne’s place to be the catalyst to start those conversations she wants to have. Her attempt to make that conversation was centered around herself and her own experiences. Instead of reaching out to women already experienced in the industry, she decided to see for herself the inner workings of the industry. But, it is impossible for a celebrity like her to experience sex work in a way that accurately represents the issues that sex workers deal with in reality.

Bella Thorne, however, is not the only celebrity to hop on this trend. The biggest name to recently join the platform is rapper Cardi B, although she won’t be creating sexual content, but rather exclusive content on her life and music. Some other celebrities like rapper Tyga, or YouTuber Tana Mangeau are deciding to follow in Thorne’s direction and make sexual content for their consumers. All of these celebrities can bring waves of fans to the site looking to buy subscriptions for the exclusive content. Whether their selling sex or exclusive updates on music, however, they will be entering a platform that already has plenty of competition for subscribers. Sex workers and musicians depend on their subscriptions from OnlyFans to continue paying rent or buying groceries, especially in the midst of a global pandemic, which are concerns that none of these celebrities would ever have to troubles themselves with. While the platform may be useful for them to promote their albums, have fun with their sexuality, or connect with fans, all their profits are solely pocket money for them. They could accomplish all of those things through Instagram pages with their millions of followers, or with a multitude of opportunities that are not open to the public. Celebrities need to recognize the havoc that they can wreak on the lives of everyday people when they decide to turn their livelihoods into fun experiments on social media. 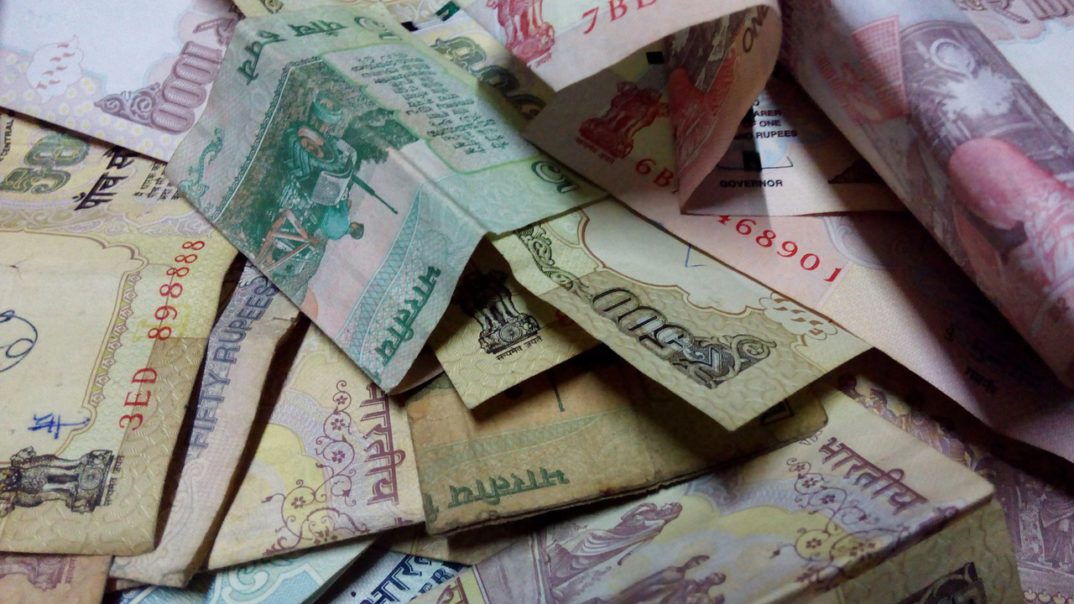 Two weeks ago, the Indian Prime Minister, Narendra Modi, came on the evening news and made an announcement that would send shocks through the country. In the unscheduled televised address, Modi informed the public that in four hours, 500 and 1,000 rupee notes would no longer be legal tender. Two details of this startling law: first, people may deposit or change their old  ₹500 and ₹1,000 notes in banks until December 30th, the day that new ₹500 and ₹2,000 rupee notes will be issued. Second, until then, people may exchange a small sum of old cash into legal tender of smaller denominations at banks—three days ago this amount was reduced from ₹4,500 to ₹2,000.