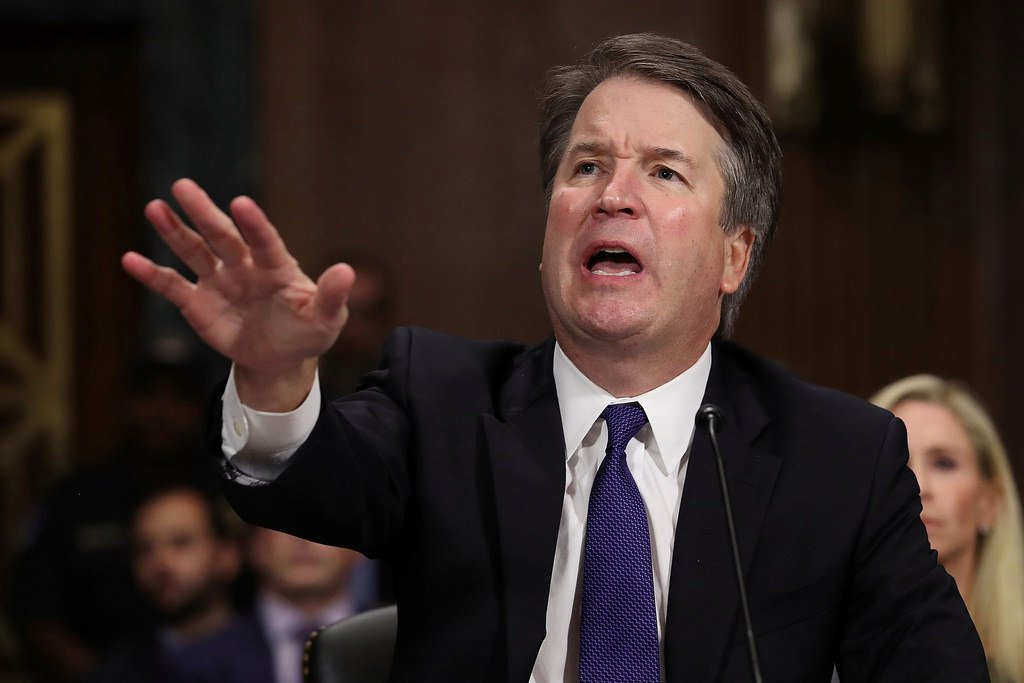 Editor’s Note: The confirmation hearings of Brett Kavanaugh, the allegations against him, and the subsequent congressional hearing interviewing Dr. Blasey Ford have spurred many difficult, complex reactions. This week, we will be publishing varied perspectives on the spectrum of topics brought to the fore by Dr. Blasey’s hearing. This is the third article of that series.

Brett Kavanaugh’s nomination has been contested since Dr. Christine Blasey Ford alleged that Kavanaugh sexually assaulted her three decades ago. Since Ford, Deborah Ramirez and a third accuser, Julie Swetnick, also have alleged sexually inappropriate behaviour from Kavanaugh.  Initially, Republicans attempted to rush through the nomination. But on facing public outcry about their seeming disregard for normal vetting processes, the Republicans permitted Dr. Blasey Ford to testify at a congressional hearing this past week. Dr. Blasey Ford’s controlled testimony about her experience has triggered a nation-wide distillation of grief and rage from sexual assault survivors.

In the wake of #MeToo, women are rejecting silence about their abusers en masse. Men are starting to get alarmed. Here, I focus on men as accused and women as accusers in part because it is reflective of the norm – one in five women are raped in their lifetime, while one in seventy-one men will get raped. Also, men are overwhelmingly represented in powerful positions, and are beneficiaries of social machinery that operate to keep them there. The suggestion that this gendered distribution of power could be challenged is raising serious anxiety for the Republicans, the party with an overwhelmingly male face. As one anonymous White House lawyer summed it up: “If somebody can be brought down by accusations like this, then you, me, every man certainly should be worried. “

Previously, the burden of responsibility for rape allegations has always been borne by the victim. Women are routinely scrutinized for being the recipients of sexual assault, while men’s actions are diminished as ”horseplay”, or drunken, youthful antics. Here, too, there are gendered laws as to how drink affects agency: a man who drinks automatically has reduced culpability for his actions, while a woman who drinks is de facto responsible for what a man does to her.

Now that the winds appear to be shifting slightly to ask more accountability from men, men are reacting with outsized emotions. Brett Kavanaugh’s petulant tirade following the testimony of his accuser, Dr. Blasey Ford, implied that he was owed one of the highest offices in the land without being subjected to scrutiny. And yet this appears to have worked for Kavanaugh – righteous male rage is an effective strategy to redirect narratives, empathy, and power to male perpetrators rather than to victims of sexual assault.

This indefatigable entitlement also characterizes a broader backdrop wherein men who have been accused by numerous women of misconduct are seeking returns to their former prominence.  Jian Ghomeshi, the Canadian media personality who was accused of sexual abuse by twenty women, was recently given a prestigious platform in the New York Review of Books. Ghomeshi’s self-indulgent essay came under fire for its mischaracterization of his offenses (for example, Ghomeshi said ”several” women had come forward rather than the actual number of twenty, and he characterized his actions, which included punching women in the head, non-consensual choking, and workplace harassment as being ”emotionally thoughtless”). Ghomeshi also expressed claims to newfound empathy, an empathy which seems misplaced in its primary fixation on other accused offenders rather than for the victims of his actions. Widely derided as an editorial choice, the publication of Ghomeshi’s essay triggered the departure of NYRB’s editor, Ian Buruma.  Rather than concede poor professional judgment in publishing an article that was neither fact-checked or published with journalistic due diligence, Buruma mourned that he simply wanted to hear from Ghomeshi after he was tried by a ‘court’ of social media, but found himself ‘pilloried’ in turn.

This example reflects a common strategy of the sexual politics surrounding #MeToo: men rhetorically adopting the position of hapless victim of hearsay and public shaming, asking for ‘due process’ – whatever that is supposed to mean outside of a judicial system.  Surprisingly enough, judicial-sounding tropes of ‘courts’ and ‘due process’ in the context of public opinion have been rejected by none other than Mitt Romney.  In 2017, Romney tweeted in support of Leigh Corfman against Roy Moore, saying “Innocent until proven guilty is for criminal convictions, not elections.” Mitt Romney has a point. This rhetorical strategy may seem persuasive on its surface, but does not hold up to scrutiny. ‘Innocent until proven guilty’ and ‘due process’ are concepts which reflect a high standard reserved for criminal and civil prosecution, because inflicting punishment by the state is reasonably held to a high standard of proof.

Public opinion, on the other hand, does not and need not operate beyond the shadow of a doubt. Most of our decisions about people’s characters in everyday life and politics are made with reasonably plausible levels of certainty, rather than courtroom levels of certainty.  What these pleas for impossibly high standards of proof in talking about rape truly advocate is preventing any outing of powerful men as sexual offenders. But powerful men do not need our continued support. They need it least of all in a world where only six out of every 1000 rapists will ever end up in prison and it takes sixty female accusers to persuade a court that one powerful man is a rapist. And yet, these same men who rail against their accusers should be the first to seek to clear their names by formal avenues.  If Brett Kavanaugh were truly convinced of his own innocence, he should have pleaded for an FBI investigation, rather than Dr. Blasey-Ford.

Today, op-eds abound asking whether high-profile sexual offenders have finished their time-out yet, or ask whether #MeToo is ‘going too far’, revealing a strong identification and concern for powerful men who have abused their power. Surprisingly, these same voices show a complete lack of curiosity and vision regarding the present and future of victims who have come forth in the tidal wave of confessing their experiences, often at great personal cost.  When do they get to reclaim their power, productivity, joy, and carefree lives?

In this pivotal historical moment, it is important to reflect and critically scrutinize the use of hyperbole as a rhetorical power play. Misapplied uses of language can obfuscate who are the real victims in an imbalanced state of affairs.  Misleading rhetoric can even re-victimize those who have already been violated, while reaffirming the status quo. As Aristotle proposed in the first book of the Rhetoric, citizens and thinkers must peel beneath rhetorical performances to evaluate where the better case for justice lies. It may not necessarily rest with those who are protesting the loudest.