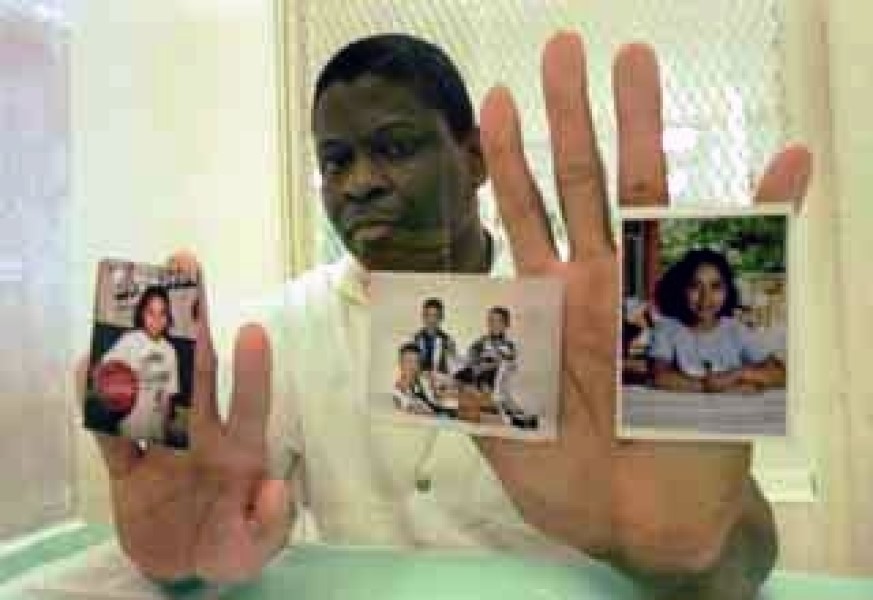 On the morning of April 23rd, 1996, the body of 19-year-old Stacey Stites was found in a wooded area just off of a road in rural Texas. Stacey had been raped and strangled to death with her own belt. Seven months later, Rodney Reed was arrested for her murder. Reed was convicted of the crime in 1998 and was sentenced to death by lethal injection. The execution was scheduled to take place on November 20th, 2019. On November 15th, 2019, the Texas Court of Criminal Appeals issued Reed an indefinite stay of execution. The stay was issued in a climate of tremendous support for Reed. Celebrities such as Beyoncé, Kim Kardashian West, Oprah, and Dr. Phil all spoke openly and actively about their support for a potential stay in Reed’s case. Politicians who have voiced similar support include presidential hopefuls Kamala Harris and Pete Buttigieg.

When Stites was recovered, DNA was found both in and on her body. All of the prominent men in her life, including her fiancé Jimmy Finnell, were tested and ruled out. Months later, there was another attack. 19-year-old Linda Schlueter was using a drive-up payphone when she was approached by Reed for a ride. She initially declined, but eventually agreed. During the drive, Schlueter reported that Reed directed her down a dark dirt road. When she refused to take that route, Reed attacked her, repeatedly bashing her head against the steering wheel. She reported an exchange with her attacker, “And I asked him, ‘What do you want? What the hell do you want from me?’ And he said, ‘I want a blowjob. And I said, ‘You’ll have to kill me before you get anything from me.’ And he said, ‘I guess I have to kill you then.’” Schlueter saw the lights of a car approaching and was able to exit the vehicle and flee in the direction of the approaching car. Reed drove off in her car, but police were notified and Reed was quickly apprehended.

Police discovered that Reed’s DNA was already in the system because of his connection to the sexual assault of an intellectually disabled woman in 1995, a crime for which he was never tried. Reed denied knowing Stacey Stites, but when his DNA was tested against the material recovered from her body, it was a match. Reed then claimed that he had been having an affair with Stites, but that they were keeping it a secret because Stites was engaged. Once Reed became a compelling suspect in the rape and murder, his genetic profile was tested against other unsolved rapes. It was matched to two unresolved cases—the beating and rape of a 19-year-old woman, and the beating and rape of a 12-year-old girl. When confronted with the evidence in the case against the former, Reed told a similar story of a clandestine relationship. He was never tried in either of these cases. An all-white jury convicted Reed, who is black, for the murder of Stites, who was white. The evidence against Reed has stood up to the scrutiny of nine appeals.

Many people, however, believe that compelling evidence exists that supports the conclusion that Reed is innocent of Stites’ murder. First, if the semen had been deposited as early as the prosecution alleged, one would expect to find more of it. The sample had already degraded somewhat at the time at which it was recovered. The experts at the trial testified that Reed’s semen would not have been present at all if consensual intercourse had taken place more than 24 hours earlier, as Reed had alleged. Those same experts now acknowledge that sperm can actually be present many days longer than they suggested in their original testimony.

In addition, new witnesses have come forward claiming to have knowledge that Reed and Stites were, indeed, having an affair. But many are skeptical of this evidence, since these witnesses did not come forward at any point in the last two decades and did not do so at the crucial stage at which the state was building its initial case, despite the existence of reward money for information that might lead to the arrest of a suspect.

One significant piece of evidence in support of Reed’s innocence concerns Jimmy Fennell, a police officer and Stites’ fiancé at the time of her murder. A new witness claims that Fennell confessed to the murder in private conversation, offering as his motive his rage over the fact that his fiancé had been having an affair with a black man. The witness also claims knowledge that Fennell was an abusive partner to Stites. In the years following Stites’ death, Fennell was convicted of the kidnapping and rape of a different woman, a crime that he committed while on duty as a police officer. He was sentenced to ten years in prison for that crime.

This case raises challenging ethical questions. The first concerns the role that the public plays in high-profile cases. The observation that the public can significantly impact the course of a criminal proceeding is not a new one. In one noteworthy case that inspired the film The Fugitive, Dr. Sam Sheppard was convicted of the murder of his wife. After Dr. Sheppard had spent ten years in prison, the United States Supreme Court overturned his conviction because of the role the untethered media presence and public obsession with the case had played.

Public involvement in notorious criminal cases is not new, but what is new is the scope of its reach. Celebrity commentary, though profoundly lacking in any privileged insight or expertise, can be tremendously influential. If Dr. Sheppard was treated unfairly by the power of public opinion, at least the Internet didn’t exist to make his troubles exponentially worse.

One might argue that the public outcry over this case demonstrates that the speech of celebrities, politicians, and their supporters can be a force for justice. Loud voices outside of the legal system can bring about changes that perhaps never could have happened from within. One of the reasons that free speech is so valuable is that it allows citizens to speak truth to power, and as a result, it may play an important role in rectifying injustices.

In opposition to that consideration, it is important to note that our system is supposed to ensure procedural fairness. Any convicted offender, regardless of their notoriety, can expect to enjoy access to the same procedures to redress injustice in the form of the appeals process. But when the public gets involved, some cases get treated differently from others.

An additional concern has to do with the fact that the celebrities and politicians involved may not always have pure motives for speaking publicly about a particular case. A politician may, in certain cases, want to appear “tough on crime.” In others, they may want to come across as advocates of social and racial justice. A celebrity might speak out about a particular case as a publicity stunt to increase their following. These motivations are likely to be inconsistent with justice for the victims or those convicted of crimes.

This case also raises questions about what type of evidence should serve to exonerate a convicted individual on death row. Some believe that if major aspects of the prosecution’s case begin to unravel, that should be sufficient for exoneration, or it should at least mandate a new trial for the defendant. Others maintain that to justify abandoning the verdict of a judge or jury, there should be evidence of actual innocence. This is a much higher threshold to reach. Criminal trials are costly both financially and in terms of hard work and emotional cost. We simply can’t afford to bring death row cases to trial over and over again. At some point, the decisions of the jury and the courts of appeals must stand. If we are worried that this procedure isn’t reliable enough to ensure that innocent people aren’t put to death, perhaps we should not have the death penalty at all.

People who research this case at home have access to a lot of information about Reed’s past. Crucially, they have access to the fact that Reed’s DNA matched the evidence associated with two additional rapes. When viewed as a complete picture in this way, it is easy to conclude that Reed is not only a violent rapist, but a serial violent rapist. It is important to note, however, that Reed was not convicted or even tried for those crimes. What difference should that make to our assessment of the case against Reed for the murder of Stacey Stites?