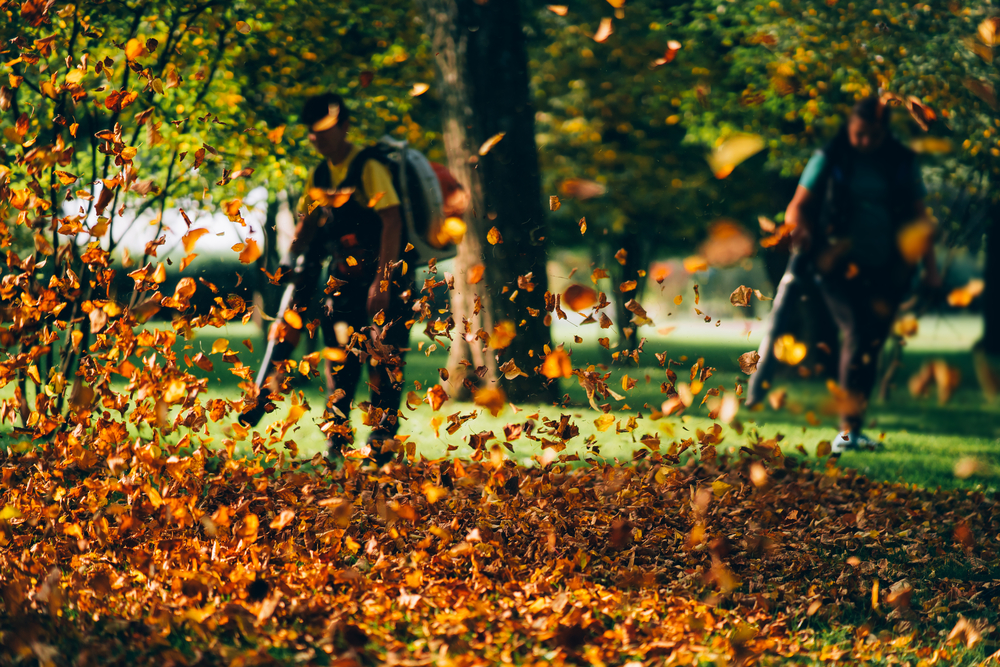 As I sit writing this, I’m surrounded by the sounds of fall. The gentle whisper of the Autumnal wind, the ominous cawing of crows, and the incessant drone of leaf blowers emanating from at least three adjacent properties. Sure, leaf blowers might be among the most irritating inventions ever created by man, but could we really go so far as arguing that it’s morally wrong to use them? I’m certainly willing to try.

One common starting point for assessing the morality of an action is to ask whether the benefits of that action outweigh its costs. There are, of course, benefits to using a leaf blower. For one, they help homeowners maintain the appearance of their properties. And there’s a lot of fun to be had in wielding a loud, powerful piece of machinery. But there are also costs.

First up, they’re a neighborly nuisance – and not just because of the noise pollution they create. The blasts of air generated by leaf blowers are greater than those found in a Category 5 hurricane, and, as such, are able to kick up large amounts of particulate matter (about 5 pounds per hour). According to the Department of Environmental Conservation, this matter often includes pollen, mold, animal faeces, heavy metals, and chemicals from herbicides and pesticides. This matter can take many hours to settle, traveling surprisingly large distances and blanketing surrounding homes in the process.

But the environmental cost of leaf blowers goes even further than this. Due to the terrible fuel efficiency of their two-stroke engines, thirty minutes of using a consumer-grade leaf blower will result in roughly the same amount of carbon emissions as driving a Ford F-150 from Texas to Alaska. In fact, in California, gas-powered leaf blowers are now a larger source of smog-forming emissions than the state’s 14.4 million passenger vehicles. But while vehicles (arguably) serve an essential purpose, leaf blowers are a mere frivolity. All of this has resulted in an outright ban on leaf blowers in a number of cities in California, Colorado, Illinois, Massachusetts, New Jersey, New York, Texas, and Vermont.

But what does this mean for the rest of us? Should we return to those pre-leaf blower days and pick up our trusty rakes instead? Not necessarily. Removing leaves entirely from your yard – even with a rake – may still do more harm than good. According to the Environmental Protection Agency, more than 10 million tonnes of yard debris went into landfills in 2018 (the last year for which data is available). When this debris breaks down in the anaerobic (that is, zero-oxygen) environment of a landfill it creates methane – a greenhouse gas that’s twenty-five times worse than carbon dioxide. If, on the other hand, those leaves are left on your property, they can do a world of good for your garden. They provide a vital habitat for all kinds of creatures including butterflies, salamanders, insects, chipmunks, toads, earthworms, and even box turtles. Despite the obvious value in preserving biodiversity, many of these creatures also make up a highly beneficial (if not vital) part of a garden’s biome. If the desire to clean up those leaves is overwhelming, then there are better ways of doing this too. Mulching or composting leaves on-site allows for this debris to break down in an aerobic (that is, oxygen-rich) environment, avoiding the production of methane. This also allows for nutrients to be cycled back into the ground, minimizing the need to purchase expensive fertilizers.

It’s important to note that, while the focus here has so far been on leaf blowing, many of the same arguments also apply to our obsession with lawn maintenance more generally. A large portion of that 10 million tonnes of lawn debris mentioned above is merely lawn clippings. Further, like leaf blowers, lawn mowers also come with an enormous carbon cost.

Close-cut grass lawns first emerged in 17th-century England as a mark of wealth and status. Traditionally, landowners sought to squeeze as much productivity out of their properties as possible by dedicating every last square foot to crops or grazing pasture. The rich, however, had such affluence that they could devote large tracts of land to an entirely wasteful endeavor – the growing of a lawn. While the original purpose behind lawns might have been forgotten, its largely wasteful nature remains. There’s an estimated 40-50 million acres of lawn in the continental United States – almost as much as all of the country’s national parks combined. In 2020, Americans spent $105 billion dollars maintaining those lawns, and consumed 3 trillion gallons of water, 59 million pounds of pesticide, and 3 billion gallons of gasoline (the equivalent of around 6 million passenger cars running for a year) in the process. All of this to merely sustain what entomologist Doug Tallamy describes as an ecologically “dead space.”

Law maintenance – like leaf blowing – does far more harm than good. What’s worse, it’s unnecessary harm. There are many alternatives to the traditional lawn that come with lower waste, lower carbon emissions, and lower maintenance costs. So throw out your leaf blower and ditch that patch of wasteful sod in favor of something else. The environment – and your wallet – will thank you for it.