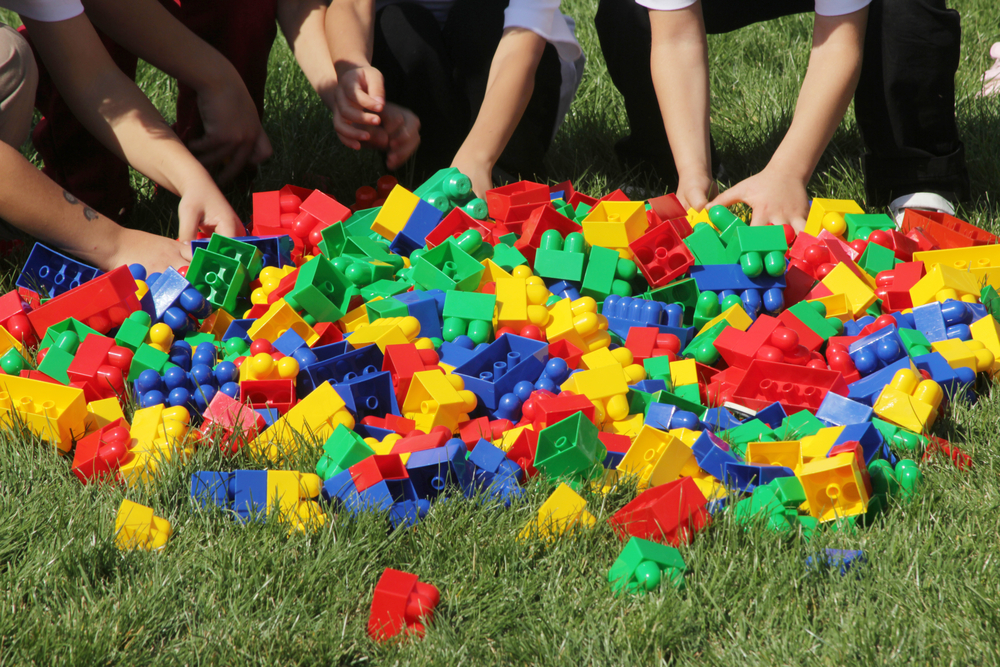 Last month, the LEGO Group unveiled its first prototype recycled plastic brick. The brick — made from discarded water bottles — is the result of three years of work by a 150-strong team of material scientists and engineers attempting to make the world’s most valuable toy brand more sustainable. But how should we receive such news? Are companies that adopt positive environmental practices deserving of moral praise? Or are they merely doing what they should have always done?

LEGO’s announcement is only the latest in a line of promising environmental developments for the brand: Its new, recycled bricks join its plant-based polyethelene bricks that first hit shelves in 2020. Together, LEGO plans to use these bricks to ensure that all of its elements are produced from sustainable materials by 2030. In addition, LEGO has announced that it aims to send zero waste to landfills by 2025. The company is on track to this goal, with 91% of their waste (including 100% of all plastic waste) being recycled in 2020. The previous year, LEGO also became balanced by renewable energy – with the energy output from their investments in renewables being greater than the total energy used in LEGO factories, offices, and stores.

And the LEGO Group is by no means the only corporation debuting positive environmental policies. In January 2020, Starbucks CEO Kevin Johnson announced the company’s new sustainability commitment. Central to this commitment is an aspiration to become resource positive: storing more carbon than they emit, eliminating waste, and providing more clean freshwater than they use. In concrete terms, this has seen Starbucks set three preliminary targets for 2030:

A cynical eye may see these declarations as a simple exercise in public relations. And we’re right to be wary. Many corporations engage in ‘greenwashing’ – that is, spending a great deal of time and money on marketing themselves as environmentally friendly, while doing little to minimize their actual environmental impact. Chevron went to great lengths to proclaim their environmental conscientiousness in their 1980s “People Do” campaign – all while the company violated the Clean Air Act and Clean Water Act and spilled oil into wildlife refuges. More recently, Amazon has announced its plans to have 100,000 electric delivery vehicles on the road by 2030. But Amazon remains silent on how these vehicles will be charged. With more than 60% of USA’s electricity generation still being derived from fossil fuels, there’s every chance that the impact of these electric vehicles is overstated.

Nevertheless, there is a very real sense in which the commitments of large, multi-national corporations may play a pivotal role in addressing climate change. With a disappointing outcome at the latest COP conference, and many countries already failing to meet their own emissions reduction pledges, there is a strong incentive for “sub-national actors” to take up the slack. Ordinarily, we think of these actors being state governments and cities – that is, political communities. Large corporations, however, hold significant sway over consumer behavior and consumption, and may be just as important in avoiding catastrophic climate change.

But are the environmental policies of corporations like the LEGO Group and Starbucks deserving of moral praise? To answer this question, we have to make a distinction between when a particular action is merely morally good, and when it is morally obligatory. Suppose, for example, that I live on a busy road, and elect to go out to the curb and spend the remainder of my day helping elderly pedestrians cross an otherwise harrowing intersection. Clearly, it would be morally good of me to do this. It’s a kind, thoughtful gesture that minimizes the risk of harm to these pedestrians. But there’s certainly no moral obligation for me to spend my afternoon doing this. To say that there was such an obligation would be to say that it’s morally wrong of me to spend my afternoon doing something else (like writing this article). This, it seems, goes too far. Contrast this with a case in which I clearly do have an obligation to do something: say, for example, feeding my cat. In that case, I would be doing something wrong if I failed to act (thereby causing my poor feline companion to go hungry).

Note something interesting, however: Where a moral obligation exists, we seem less inclined to praise an individual for their actions. While I may deserve moral praise for helping elderly pedestrians cross the road, I don’t deserve similar praise for feeding my cat. I’m simply doing what I’m supposed to do.

This distinction between morally good and morally obligatory actions can be helpful in deciding how we should respond to corporations like LEGO and Starbucks. The question we need to ask ourselves is: do these companies already have a moral obligation to take positive environmental action? Our answer will depend on how we think we should assign responsibility for things like climate action. Here, some of the same principles I discussed in a previous article can be of use. We might, for example, think that responsibility should fall on those who have directly contributed to the climate crisis (the Polluter Pays Principle), or who have benefited from those same activities (the Beneficiary Pays Principle). These principles would certainly place a moral obligation on corporations like LEGO and Starbucks. But even this may not be required. Unlike states (who are mired in internal and external politics) and individuals (who may have insufficient resources at their disposal), corporations have an enormous amount of freedom and financial resources to engage in positive environmental action. This alone may be sufficient to place a special obligation on them to do the right thing (what is often referred to as the Ability to Pay Principle).

With more than 30,000 stores worldwide, and an almost 40% share of the U.S. coffee market, there is no denying that what a corporation like Starbucks does, matters. Even small policies – like offering a discount for drinks served in reusable cups – can have a significant positive environmental impact. And while such action does serve a marketing purpose – lifting the value of their brand in the public eye – it may also play a vital role in our global efforts to avert catastrophic climate change. Whether or not such actions are deserving of moral praise is another question entirely, however. If there already exists a moral obligation on these companies to act in such ways, then praise is undeserved. Instead, companies like LEGO and Starbucks are merely doing what they always should have done.