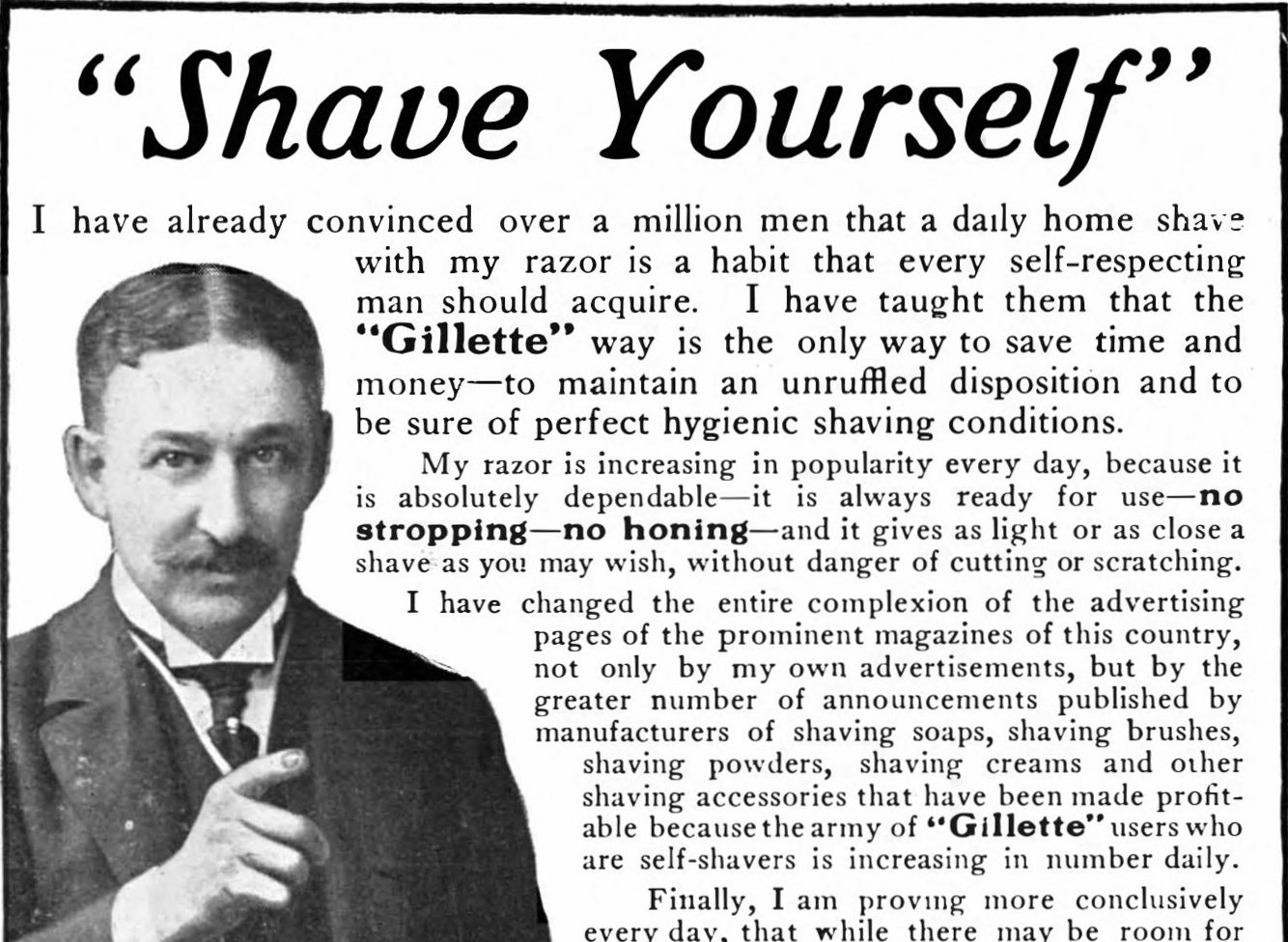 Editor’s note: This article is the first of a brief series on Gillette’s “We Believe: The Best Men Can Be” ad that aired on January 13, 2019.

In January 2019, the razor company Gillette released an ad that turned out to be very controversial.  The ad, titled “We Believe: The Best Men Can Be” left some viewers applauding a message encouraging major steps in the right direction and left others seeking out different razor brand loyalty.

The main message of the ad discourages “toxic masculinity” and suggests that communities and parents should do more for their male children and for their communities at large.  We should not encourage the type of male aggression that leads to bullying, cruelty, and violence. We should encourage boys and young men to engage women differently—sexuality can be expressed without disrespect.  The ad features examples of fathers modeling respectful behavior for their sons and discouraging behavior that many view as excessively aggressive. The ad promotes the conclusion that our traditional caveman conception of masculinity is in desperate need of refinement.  It isn’t that maleness itself is inherently problematic.  Instead, we should be applauding and supporting more honorable traits frequently found in men.

Some critics of the ad disapproved of the messenger.  Arguments on this point took many different forms. First, some offered the general objection that companies should not be in the business of making political statements.  The proper goal of a business should be to make a profit by creating and producing quality products for consumers. There is no reason to believe that companies or advertising executives are experts on social, political, or moral issues.  Advertising is difficult to escape, so the message a company puts out is seen and heard by many people. Some argue that messaging of this type should be reserved for other forums.

To this point, some argue that businesses never have pure motives.  Their motivation is always primarily to make a profit. If ethical behavior requires that the right kind of motivation or intention gives rise to an action, the motivations of businesses are simply never going to pass the test.  Companies, so the argument goes, will always pander to the interest groups that they think will be the most reliable customers and consumers of their products. Consumers don’t, therefore, have much reason to believe that the message being advanced by companies is anything more than pure manipulative rhetoric.

There are a handful of responses to these arguments.  It is true that in our increasingly globalized communities, businesses have a tremendous amount of power, arguably more power than institutions of any other type.  It is also true that profit is the primary motivation of most businesses. It does not follow, however, that profit, from a descriptive standpoint, is their only motivation.  It also does not follow, from a normative standpoint, that it ought to be their only motivation.

Descriptively, in one sense, to even talk about the “motivations” of a business is to make a category mistake.  Despite the fact that businesses are treated as legal persons in the eyes of the law, they are not the kinds of entities that can form mental states and, as a result, are not the kinds of things that can form intentions.  The individuals who make crucial decisions for the business form intentions, not the business itself. There is no reason to think that individual business executives, just like any other people, can’t have complex motivations.  Indeed, the explicit business plan of many businesses is to deal with a social problem or injustice, with profit as a secondary but subordinate motivation.

Normatively, there are some pretty compelling arguments against the idea that profit ought to be the only motivation of a business or corporation.  If businesses have more reach than most other institutions, don’t we want them spreading positive messages?  One critical example in which corporate leadership is necessary concerns environmental issues.  As it is, people tend to view the natural world as an endless pit of resources to exploit for capitalist gain.  This is unsustainable. Don’t we want corporations to take the lead, providing examples of responsible production and consumption?  One might think that bringing an end to, or at least stemming the tide of, acts of harassment and senseless violence is an equally laudable goal.  Why shouldn’t corporations be doing what they can to bring about these kinds of consequences, given the scope and volume of their respective voices?

Some, and, arguably, the most vocal objections to the Gillette ad are objections not to the messenger but to the message.  At the moment of this writing, the YouTube link for the recent Gillette ad has 643 thousand upvotes and 1.1 million downvotes.  Objections to the ad clearly go beyond theoretical attitudes about best business practices. Some people think that men as a group are getting an unfair reputation because of the admittedly horrible behavior of a select few.  By casting men as a group as angry, aggressive bullies who prey on the weak, sexually harass women, and commit acts of mass violence, are we not engaging in hasty generalization? When companies like Gillette suggest to consumers that maleness is “toxic,” what kind of message are we sending to young boys about their innate nature? What’s more, this ad was released into the cultural context of the rising tide of the #MeToo movement. Many critics of the movement are concerned that good men are being swept up with the bad—adrift in a sea of righteous rage and vindictive resentment. Others argue that the traits that are criticized in the ad have positive effects as well as negative ones.  The same traits that might be described as “aggressive” in some contexts might be described as “assertive” in others.  Assertive traits are traits we want our children to have.  Do we really want powerful corporations encouraging our male children to dial back their assertiveness?  Does this message in some ways render men and boys impotent?

Producers and admirers of the ad might argue that, despite the appearance of serious conflict here, there is no real disagreement.  The ad was not suggesting that all men exert their aggression in problematic ways.  It was not attempting to leave people with the impression that all maleness is toxic.  Rather, it was suggesting that certain practices, certain social customs and parenting behaviors need to change.  Fathers need to model respect for women and they need to keep eyes on their sons to make sure they are demonstrating respect for women.  Gillette is not suggesting that our new conception of maleness should cast them as ineffectual or otherwise weak. Instead, they are suggesting that real male strength is demonstrated in honorable behavior.

The right message is likely to be the winning message in the long run—even if they face backlash now, they will be remembered as coming down on the right side of history.