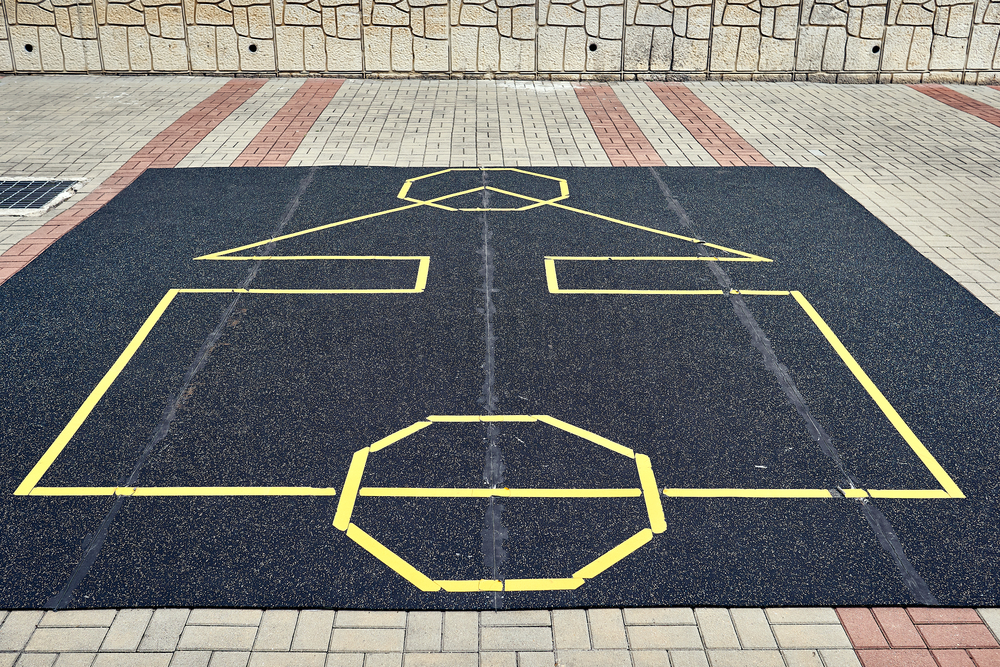 At one point in Squid Game, a competitor, Deok-su, finds himself at a decision point: Should he jump on to the right or left pane of glass in front of him? One will break under his weight and he will fall to his death. The other will hold his weight, carrying him forward to the game’s ultimate goal, crossing the bridge without dying. Instead of choosing, he throws a rival onto one of the panes sending the competitor crashing through. Many will regard Deok-su’s actions as morally wrong, but why?

Is our disapproval based merely on the fact that a competitor is being thrown to their death? This is horrific, no doubt, but in context, it is arguably not morally reprehensible. Surely we can agree that the game itself is morally reprehensible because of the stakes involved as well as its exploitative nature. The series, however, asks us to put this moral concern aside. The players have all voluntarily agreed to participate. The rules of this game have been presented to the participants, and there isn’t any reason to think Deok-su’s strategy falls outside these lines. Consider the game of poker: a player may choose to lie to their fellow players in order to win the pot through a strategy known as bluffing. Normally, lying to steal your friend’s money is not morally acceptable, but in the context of this game, where everyone knows the rules and the consequences of the game, it is a legitimate strategy and we wouldn’t morally judge a person engaging in bluffing. Likewise, Deok-su has found a legitimate strategy that isn’t strictly prohibited by the rules of the game, yet our moral condemnation still feels appropriate. How do we square these competing intuitions?

I think there is still a good reason to judge Deok-su wrong, and it has to do with the nature of what a game is. I believe that in all true games, the individual players have the ability to help determine the outcome of the game. For example, a “game” like Chutes and Ladders is not a game at all, as the players have no agency in determining the outcome of the game. The game is entirely determined by chance and chance alone. When Deok-su throws his competitor onto the next pane of glass, he strips his opponent of their agency, removing that player’s ability to choose. He’s effectively broken a meta-rule of games. These would be rules that don’t apply to a specific game, but to all games, in order to maintain their integrity as a game. (I don’t think that this is the only meta-rule of all games, but I’ll only be examining this particular one here.)

If the meta-rules of games can help us make moral judgments, then we should see similar results in other cases. We can apply this to a moment earlier in the series. Sang-woo has an advantage in the second game that the contestants are forced to play. He has a strong suspicion that the game will be Honeycomb and chooses the easiest shape to win, the triangle. He doesn’t share this information with his allies, but only watches silently as the show’s protagonist, Gi-hun, chooses the umbrella, the hardest shape. While this may not be in the spirit of the alliance that they have formed, he has not removed Gi-hun’s agency in the game. Sure, he’s violated the trust of his alliance, but given the stakes of the games, it might be considered simply good strategy to create false alliances. It is a more complex version of a bluff. But, imagine that Sang-woo, upon completing his task, went to all the other players that had yet to finish their tasks and shattered their honeycombs by kicking them. They would be eliminated from the game, but not by their own agency. The game would be taken from them. This would be morally reprehensible in the same way as a player slapping down the cards of their opponents in order to reveal them to the table in a poker game.

Let’s consider another moment from the Glass Bridge game. One of the players, a former glass maker, thinks that he can determine which plate is tempered and thus will not break. The host turns off the lights to stop him from being able to determine which is tempered. In the show, Sang-woo removes the glass maker’s agency in the same way that Deok-su does, by forcing the glass maker onto an arbitrary glass plate, because he is taking too long to decide. Are these two instances morally equivalent?

Let us suppose that Sang-woo acts differently and the Host leaves the lights on. The former glass maker could conceivably win the game at this point. He could simply stall, not making a decision until the last second, and then jump onto the correct plate in order to win the game. The other players would run out of time and lose the game. In this scenario, did the glass maker remove the agency of the players? If we understand the rules of the Glass Bridge game, no. Sang-woo could still go on to the same plate as the glass maker is on, exercise his autonomy, and choose without waiting for the glass maker to reveal the correct choice. Much like Sang-woo is not obligated to reveal the game was Honeycomb, the glass maker is not obligated to reveal to the other players the correct decision. It would be unfortunate that the players behind Sang-woo and the glass maker, Gi-hun and Sae-byeok, couldn’t advance safely. The game for them has ceased to be a “game” as they are prevented from making any meaningful choices. But would this be wrong? That is, is the glass maker blameworthy in the same way we seem to hold Deok-su responsible? Of course not. The manner in which the agency is lost in the game makes a moral difference. Direct removal of a player’s agency is fundamentally different from agency being removed by the circumstances of game play.

It isn’t only in fiction that we see such actions. We can see similar strategies in professional sports where a team or player actively aims to remove the agency of a player from a game. The most morally egregious case would be aiming to injure a player to remove them from the game. However, we can see a legitimized version of removing agency of a player in baseball. When a hot batter comes up to the plate in baseball, pitchers can choose to deliberately walk the batter so as to minimize their potential impact. This practice is so cemented into the rules of the game that now the actual throwing of the pitches isn’t required. The coach of the defending team can simply signal the umpire that they would like to intentionally walk the batter and the player will advance to first base. The intentional walk strategy, and now rule, has generated strong feelings about its “sportsmanship.” However, I suspect the actual frustration that fans are experiencing is that the strategy fundamentally takes the game out of the player’s hands. The batter has been intentionally stripped of their agency, and so the game ceases to be. Fans came to see a game played and this, momentarily, is not a game. This non-game event could have a significant impact on the outcome, and that can make it feel unjust or unfair. Fans who defend the intentional walk strategy may argue that the rules of baseball don’t disallow it, and in fact now explicitly support it. I will concede that this is the case. But while it may not break the stated rules of the game, it breaks a meta-rule of games, and thus generates a justified sense of moral unfairness.

There are many games that we play where we suspend the normal rules of morality for the sake of the game and adopt a new set of moral rules that apply to the game. Consequently, we can’t simply make moral judgements about a player’s strategies in relation to normal morality. Sang-woo is often a cunning and brutal player in Squid Game, but at least he isn’t an immoral one in the Honeycomb game. In the Glass Bridge game, both Deok-Su and Sang-woo show their moral colors not because they were breaking any stated rules of the game they were playing, but because they were undermining an aspect of what it means to play a game. Violating a meta-rule of games is at the very least dissatisfying, as we see in baseball, and would allow us to label strategies that break these rules as morally wrong, in the same way as breaking the stated rules of any game. 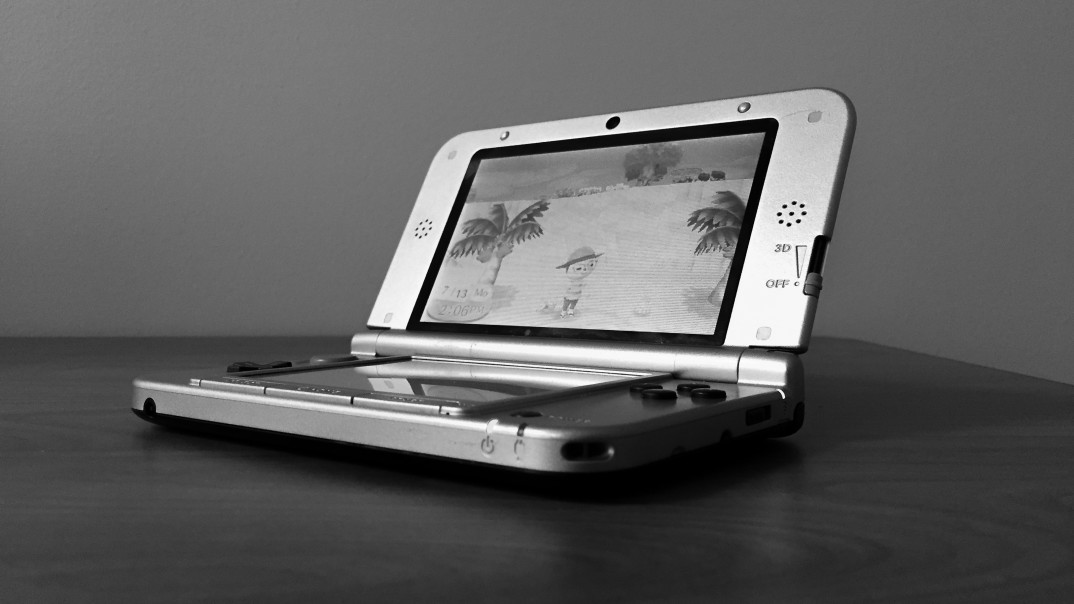