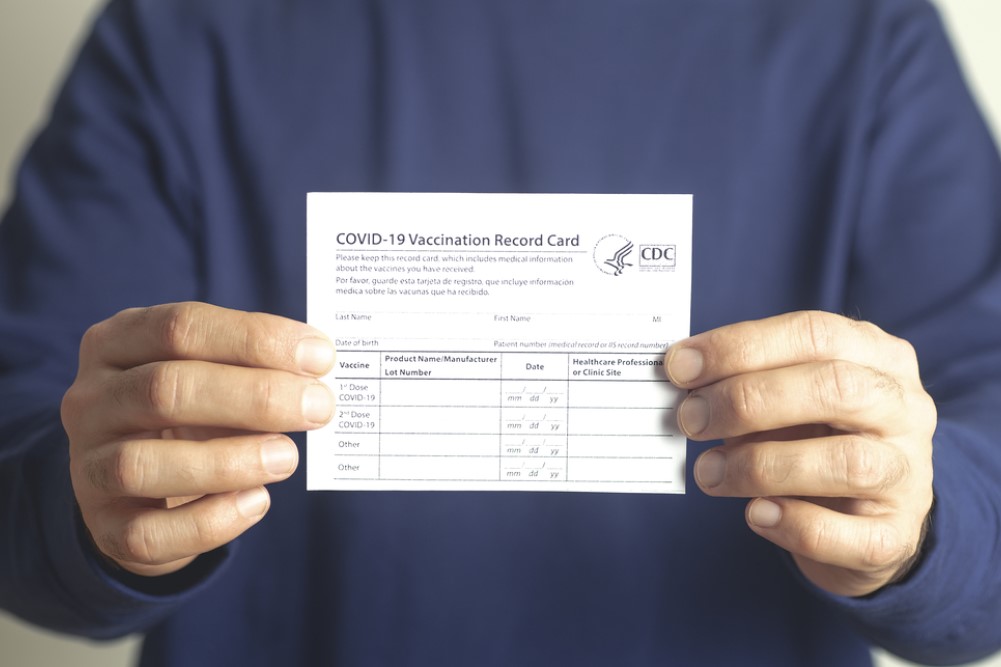 The pandemic has been this recurring episode of things seeming like they may get back to normal only to find that new developments means that things could last longer. It was easy to think that once vaccinations against COVID-19 were available, people would get vaccinated and the pandemic would be over. As one Canadian scientist notes, “Everyone needs this damned virus to go away…but it’s not done with us yet,” while an American virus expert notes “we thought we saw the light at the end of the tunnel—but apparently the tunnel is longer.” Against the backdrop of this frustration and desire to return to normalcy (and to get as many vaccinated as possible), the matter of vaccine passports have become a significant ethical issue as Israel and Europe move ahead with their adoption. Some U.S. states and six Canadian provinces have (or are) adopting a passport system as well. But why does the prospect of a vaccine passport present such an ethical challenge?

The principle behind a vaccine passport system is that it allows businesses and governments to quickly and easily determine who is vaccinated in order to facilitate travel. In many of the jurisdictions which have adopted them, a passport might be required to enter restaurants and bars, nightclubs, sports and fitness facilities, casinos, concerts, music halls, and more. The goal behind the passports is to help minimize transmission while also encouraging people to get vaccinated. However, their efficacy will depend both on the details but also on which goal is taken to be more important.

For starters, some such as Chloe Kent argue that while passports are an ethical means to help facilitate international travel, they are unethical for use domestically. She points out that vaccinations as a requirement to enter a country isn’t new for international travelers and that in many nations which are behind in vaccine rollouts, an international vaccine passport system could help both the country and the tourists. However, she is concerned about the potential inequalities that could result from a domestic passport system. Thus, it is important to note the potential ethical distinctions between different forms of passports.

According to Rebecca Brown et al. from the journal The Lancet, “Immunity passports could be implemented on the basis of either a laboratory test of immune response or an immunizing event, which would identify individuals less likely to get disease or transmit virus when exposed to SARS-CoV-2.” But, according to the authors, the important immunological issues for such passports are the degree of immunity induced and the duration of the immunity: “A neglected issue in discussions of immunity passports is that of individual protection versus community protection. Perhaps the most important consideration for immunity passports is whether an individual can transmit the infection to others.”

They note that studies of previous seasonable coronaviruses suggest that vaccination may protect against severe disease but with a relatively unchanged potential for transmission. This fact, “provides the greatest challenge to the assurance that individuals who carry immunity passports would have a reduced risk to others.”

However, the picture about transmissibility of the virus by the fully vaccinated is complicated. Studies have shown a reduced viral load in those who are fully vaccinated for certain strains; unfortunately, the delta variant is different. Data on the variant has revealed that those with a breakthrough infection carry similar viral loads to those who are unvaccinated. However, it also suggests that these levels diminish much faster in a vaccinated person than a non-vaccinated person. There is also a long-term concern about how long vaccine immunity lasts (and thus whether booster shots may become necessary) and this could make a passport system largely pointless over time.

So, if a passport is designed to prevent spread, it is unclear how well it will achieve that goal. The delta variant complicates the picture, but for other variants a passport system may prevent spread. But overall, the efficacy of a passport system for preventing spread of COVID-19 is not fully clear. However, preventing non-vaccinated people from entering certain public spaces may still protect them as well. The data has consistently shown that unvaccinated people face the biggest risk and take up the bulk of spaces in ICU beds.

On the other hand, Eloise McLennan argues that the growing frustration with not being able to visit loved ones or to interact in public means that a vaccine passport system could incentivize people to get vaccinated. This may be a better alternative to get people vaccinated rather than to mandate vaccines which carries even greater ethical and legal concerns. If more people become vaccinated because of a passport system, then it could create additional economic benefits as pandemic restrictions can be lifted.

On the other hand, critics of vaccine passport systems argue that, in addition to concerns about their potential efficacy, passports segregate society in ways that are ethically harmful. Natalie Kofler and Françoise Baylis argue that, historically speaking, such vaccine passport systems have aggravated inequalities and permitted systemic racism. Indeed, the capacity for creating inequality is one of the major ethical concerns of such a proposal. According to Scientific American, “An ethical immunity passport system should exacerbate inequality. Access to the vaccine is very unequal in different regions and even within the same region.” There are also members of racialized, indigenous, and disadvantaged communities who may be mistrustful of medical and government institutions. As a result, a passport system would encourage division and potentially make things worse for those who are worse off.

International development expert Robert Huish argues that exclusion can marginalize people to disengage from public health efforts to protect the broader community, noting, “If you feel that the system isn’t working for you, public health isn’t speaking on your behalf, they’re coming up with orders that don’t apply, or that make you feel uncomfortable, you’re more likely to withdraw from engagement.” And Brown et al. point out that inequality in healthcare is not new. Yet, this reason is rarely interpreted as a reason to remove health-care treatments or to refuse to introduce new ones. While they believe more effort is needed to secure equitable health outcomes, this is not a reason to reject an immunity passport.

Another major concern about a passport system is that they violate civil and privacy rights. UNESCO’s ethics commission calls for any passport system to not allow the nonvaccinated to be discriminated against by limiting their movements. On the other hand, some argue that the actual loss of privacy involved to confirm vaccination status is inconsequential. And while there may be reason to worry about the segregation of society into the vaccinated and unvaccinated, it is also important to note from an ethical standpoint that this division is already an established fact. While many cannot get vaccinated, many more could. In effect, such people put additional burdens on healthcare systems and economic activity. So, while there is a reason to be ethically worried about the rights of the unvaccinated, the unvaccinated themselves should consider their ethical responsibilities. Sahakian et al. argue, for example, using Peter Singer’s principle of the duty of easy rescue that the extremely low risk of side effects of the vaccine compared to the benefits it creates means that, “vaccination passports are a minimal cost for returning to daily life…they are a small sacrifice for the greater good.”

This point is even more relevant in regions which have a public healthcare system. The cost of a vaccine is a fraction of the cost of an ICU bed, so those who can get vaccinated but don’t incur great additional cost to the public. So, ultimately the question about the ethical justification of a vaccine passport system involves a trade-off between certain potential benefits and costs which may be largely unknowable for now. If the system is unable to prevent spread, it may be able to increase uptake in vaccination rates. But the question is whether these upsides are worth the potential for social division and a violation of rights. 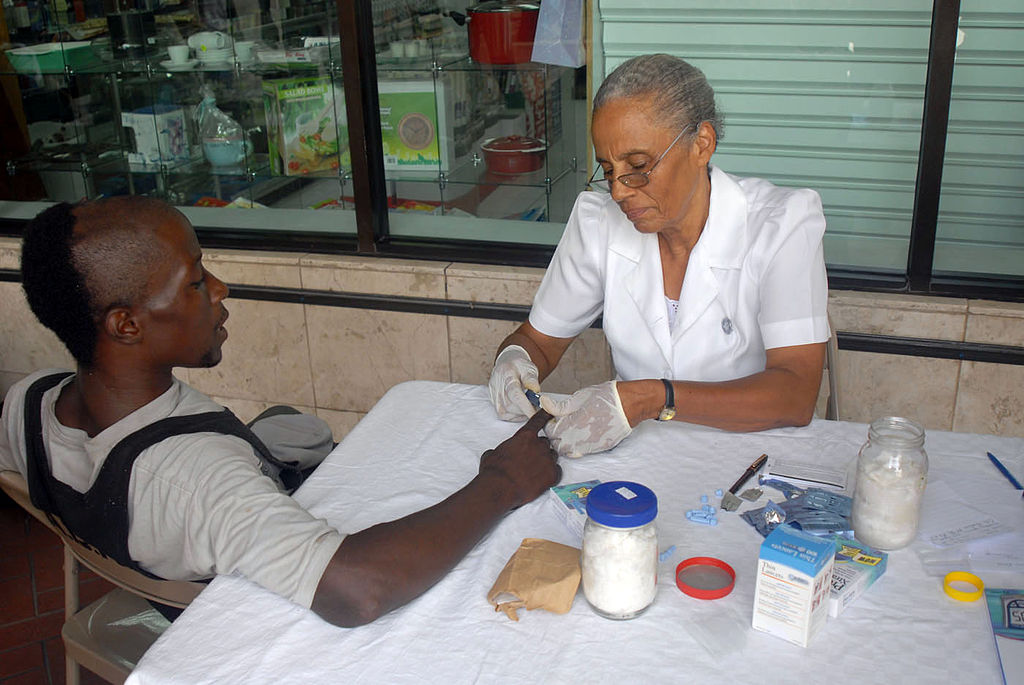 Jamaica’s healthcare system has a critical problem: there are not enough specialist nurses in the country. Jamaica produces plenty of specialist nurses. However, nurses trained in Jamaica are leaving the country to work in places in the developed world, like the United States or the United Kingdom. According to a recent NPR article, “the exodus has forced Jamaican hospitals to reschedule some complex surgeries because of a lack of nursing staff on their wards.” James Moss-Solomon, the chairman of the University Hospital of the West Indies in Kingston, accused richer countries like the U.S. of “poaching” nurses from Jamaica. The use of the verb “to poach” —which can mean “to take something in an unfair way”—implies a moral condemnation of the practice.