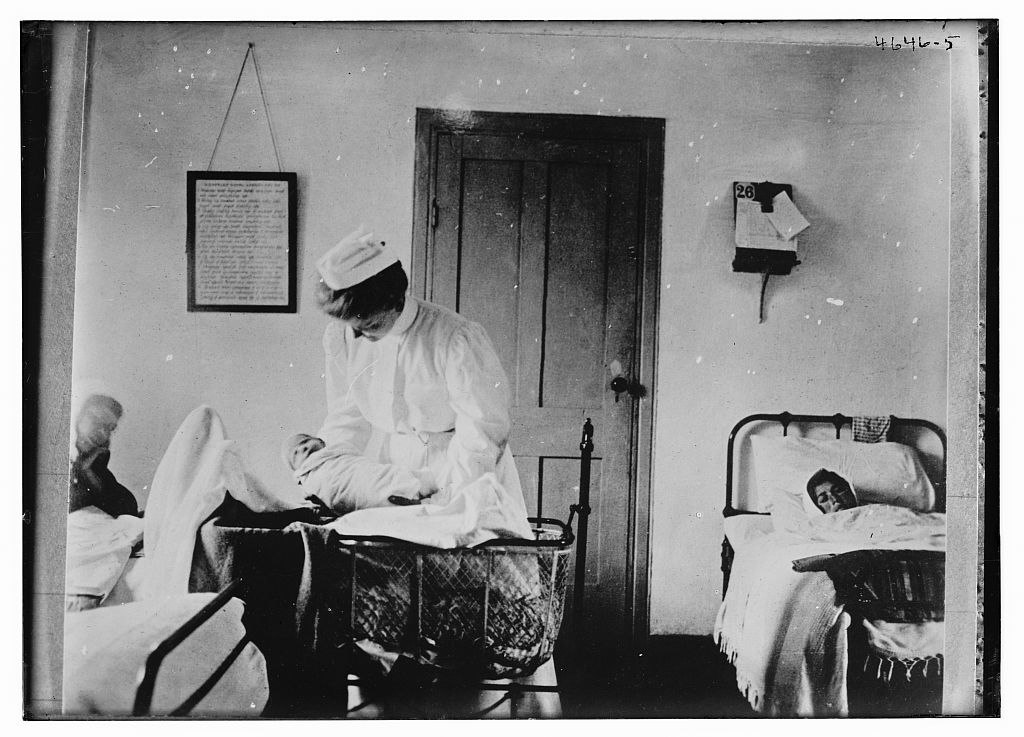 Last month, a woman using the pseudonym ‘Lisa’ shared on Facebook that her infant daughter had died: ”Journey Moon was born a sleeping angel on Oct. 7 at 8 lbs 13 oz. She passed due to a massive urinary tract infection I had… I’m laying in the hospital writing this and get to go home tomorrow. We will be having Journey cremated.”

Lisa had a post-term pregnancy, lasting forty-two weeks. She experienced complications throughout a six-day labor on her desert property, including an inability to urinate due to her UTI. Attended only by her husband, Lisa did not seek medical support until long after her water broke, and she was concerned by the appearance of an unusual, odorous liquid. After a complicated delivery requiring a vacuum and anesthesiologist, Lisa gave birth to her stillborn child.

Why undertake a six-day labor without seeking medical support? The answer lies with Lisa’s newfound community.  Lisa had joined a 6000-strong Facebook group of women under the aegis of the Free Birth Society. Founded by Emilee Saldaya and Yolande Clark, the Free Birth Society advocates for ‘autonomy’ in giving birth. ‘Autonomy’ in Free Birth parlance appears to be code for ‘isolation’ as much as for individual control.  The website advocates for “wild” birth, as contrasted against “unnecessary interference with this physiological design.”

Free Birth rejects both obstetrics and midwifery, instead offering coaching packages ranging from $98 USD to $899 with titles such as ”Conscious Conception” and “Radical Birth Keeper.” Membership in the now-defunct Facebook group (to which Lisa belonged) was free. However, strict norms were enforced, which included immediate deletion of comments from users who advised medical assistance when complications arose. This self-regulated online community encouraged Lisa to continue the ‘free-birth’ process throughout the agony of her six days.

The Free Birth Society capitalizes on deep cultural issues around childbirth. The history of medicine does not shine with respect to women’s autonomy. J. Marion Sims, lauded as the father of modern gynecology, performed unanaesthetized operations on nonconsenting slave women. Obstetrics is still fraught when it comes to respecting the autonomy and consent of childbearing individuals. One of the most infamous recent cases was of Caroline Malatesta, whose crowning infant was forced back into her vagina by a nurse for six minutes, resulting in irreparable nerve damage and PTSD. A 2012 study found that the strongest predictor of PTSD from giving birth was conflict with care providers. Often, obstetrics practices can mirror patriarchal paradigms.

In light of these factors, it is easy to see the appeal of a movement that emphasizes women’s control over their own birthing process. Saldaya and Clark offer a vision of birth-positivity, describing it as the “most profound experience of ecstasy, love, power and beauty in our human experience.” Their website seems suffused with joy and even suggests giving birth “naturally” confers esoteric wisdom (Clark speaks of the “deep and hidden truths” of a “secret society”). This emphasis on the subjective experience and knowledge of women who give birth is appealing, as it addresses gaps commonly experienced by obstetric patients. But Free Birth goes further than other critiques, to the extent that it eschews even midwives and doulas who traditionally served as advocates for women-centered birthing paradigms.

Free Birth’s complete rejection of conventional and alternative care providers could be also read in light of an undercurrent of mistrust of experts that runs broader in American culture. On the Free Birth website, there are contradictions reminiscent of other alternative discourses, such as anti-vaccine movement. Multiple references are made to “physiology” and “evidence-based birth” in the abstract, but physiological accounts and citations of specific studies are notably absent.

Saldaya and Clark do not simply encourage women to inform themselves, arm themselves with options, celebrate childbirth, and campaign for better patient-doctor obstetric experiences. Free Birth altogether rejects professional support and knowledge (apart from workshops in ‘Free Birth’) in favor of a sort of mysticism. The claim is that once all interference is removed, the body knows what to do.

This corporeal yet mystical task of ‘unlearning’ suggests the exploitation of a third cultural trend – the sanctimony of the “mommy wars.” In a world where every reproductive choice a woman makes is weighted by juggling impossibly burdensome roles, Free Birth proposes solo childbirth as one more achievement badge of ‘natural’ motherhood to which women should aspire.

The appeal of the Free Birth Society derives from deep-seated problems around women’s reproductive autonomy. It is understandable why women would be attracted to de-emphasizing the medicalization of childbirth, and to reclaiming its celebration. Unfortunately, as Lisa’s example shows, this desire does not change the fact that childbirth remains a risk in “nature.”

Do women deserve better maternal care around the world? Indubitably, both in the developed world, and especially in developing countries, where for some women, ‘natural’ childbirth is perforce and not an Instagrammable lifestyle. But women also deserve better than Saldaya and Clark’s “secret society.”  While identifying some serious issues, Saldaya and Clark have accepted and reinforced the marginalization which leads women to a radical dichotomy.  A meaningful childbirth and a healthy, living mother and child should not be treated as mutually exclusive outcomes.