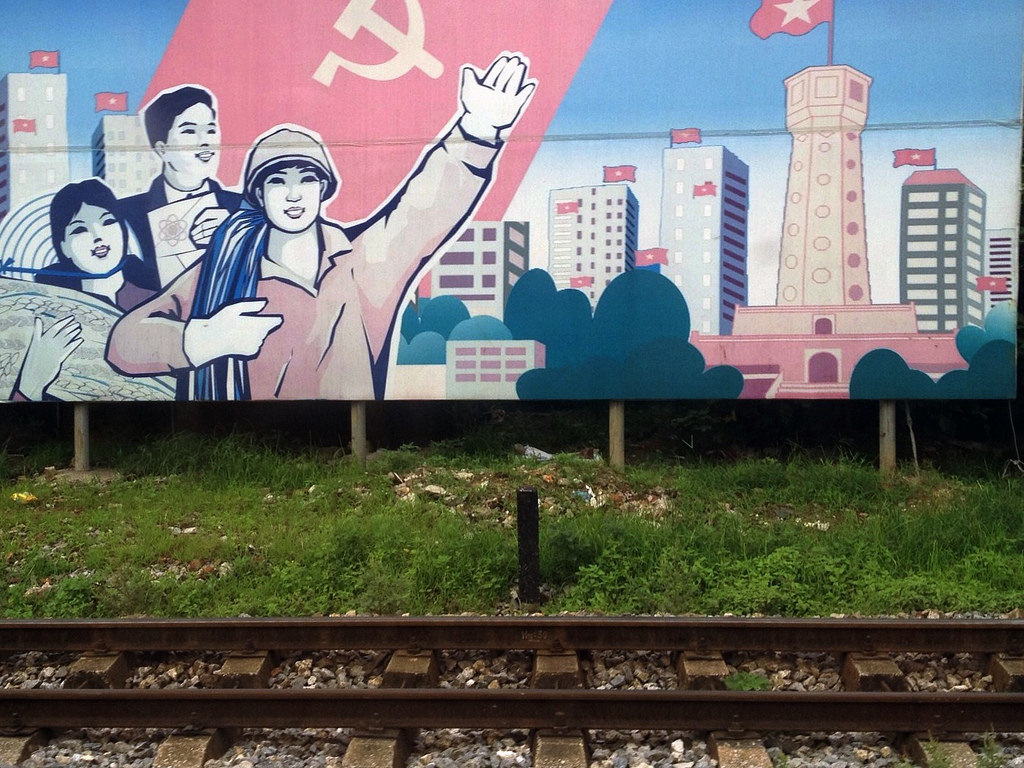 In a statement to the Washington Post earlier this month, Democratic National Committee Chairman Tom Perez announced that Fox News will not be allowed to host a debate for the 2020 Democratic Party primary election cycle. The DNC’s decision was based in part on Jane Mayer’s New Yorker article accusing Fox News of acting as a propaganda machine for President Trump’s administration. Mayer’s article points to frequent cross-hiring between network management and Trump’s campaign and White House administration, as well as the president’s consistent attention to shows like “Fox and Friends” to demonstrate the close relationship between the administration and the media outlet. The article even includes a quote from professor Nicole Hemmer, who calls Fox News “the closest we’ve come to having state TV.” Implicit in Hemmer’s statement and Mayer’s article is the premise that a state-run media network would be a bad thing for the United States. Leaving aside the debate over whether Fox News or any other news organization is disseminating propaganda, it is worth delving into why (or perhaps even whether) we should be worried about a state-run media in the first place.

A state-run news organization would seem to run counter to the values which inspired the First Amendment of the United States Constitution. The American Civil Liberties Union specifically highlights the role of the press as a critic and watchdog of the government in service of the people. Investigative journalism is a necessary component of democratic society. The research undertaken by reporters into not only the government, but also businesses and wider societal trends helps the general public understand the world and current events. It seems likely that an organization funded, overseen, or otherwise closely involved with the government would experience a conflict of interest precluding the total fulfillment of this watchdog duty. Certainly, a country with only state-run media would be missing the opposition viewpoint critical to the democratic process. Without the full breadth of information, the general public would be unable to make informed decisions about the government, therefore depriving the people of the agency of self-governance that defines democracy.

The United States can look to other countries for models of what state-run media might look like. Russia, for instance, is widely regarded as operating state-controlled media: two of the biggest television channels, Channel One Russia and Russia-1, are controlled by the federal government, and the English-language network RT is also funded by the government. These media outlets tend to support the policies of the government, and some have accused these organizations of acting as propaganda machines for the Kremlin. In particular, RT has garnered attention because it is directed to a more global audience; while critics say it is designed to generate international sympathy for misguided or dangerous policies of Vladimir Putin’s administration, the network claims it is simply providing an alternative viewpoint to the largely anti-Russia opinions of other international news networks.

Many regard Russia’s control of media and restriction of free press as problematic. What is it about the media situation in Russia that constitutes a breach of ethics? Is it the presence of state-run media, or is it the absence of prominent independent media outlets? Perhaps the more pressing concern is the active legal restrictions on journalists who attempt to look too closely at issues like corruption. Journalists have been banned from Russia, sentenced to time in prison, and even attacked and killed, often under suspicious circumstances. These are obviously more severe threats to press freedom than state-run media, and one could argue that in the absence of such dire conditions, a state-run news outlet would not be an ethical violation in itself.

Being government-sponsored does not guarantee that a news network will collaborate closely with the government. One of the most well-regarded news organizations in the world is the British Broadcasting Corporation. While the BBC was founded by a royal charter and remains under the auspices of the government of the United Kingdom, its charter explicitly calls for the corporation to be “independent in all matters” and a provider of “impartial” services. One could argue that true independence is impossible while the future of the organization is determined by the government, but the presence of other, non-state news outlets in the United Kingdom suggests a much wider latitude of press freedom than in Russia.

Our fear of state-run media seems to stem from a fear of an Orwellian dystopia in which objective truth is hard to come by and public narratives are constantly malleable. The tendency towards a “post-truth” world seem ripe for sinister developments like manufactured consent, wherein public opinion is gradually and subliminally bent to suit the aims of policy makers and other power players. These fears seem even more troubling in the era of “fake news.” President Trump’s use of the phrase to discredit news outlets like CNN, as well as his suggestion for a state-run cable TV network, could be construed as part of a drive towards more extensive state control of the media.

But is there an upside to state-controlled (or at least state-funded) media? For several years, observers have been bemoaning the rise of clickbait—stories and headlines designed to grab immediate attention, often at the expense of in-depth reporting and thoughtful investigation. The primary motivation for this trend is to ensure a profit in the digital era. Free from the need to turn a profit, a state-funded media outlet would theoretically be better equipped to cover substantial, potentially unpopular stories. This is the mission of America’s Corporation for Public Broadcasting, a government-financed organization that provides some of the funding for public radio stations and other services.

All of this does not absolve Fox News from its duty to provide impartial coverage of government policy. Fox News is not openly an arm of the state: any connection or cooperation between the network and the Trump administration is covert. When it is perceived as an impartial, private corporation, any criticism or praise delivered by the organization to the government is taken as objective assessment, rather than propaganda. But precisely because it is perceived as a free agent, the network also has a duty to fulfill this expectation and act impartially; anything else would be misrepresentation, unethical not only to the extent that lying is unethical, but more so because of the special duty of the press in maintaining the democratic system. At the same time, it is difficult to ascertain true impartiality. The determining factor is intent, rather than outcome. An impartial organization coincidentally supporting the administration on every issue and a partial organization actively colluding with the administration would look practically identical to an outside observer. 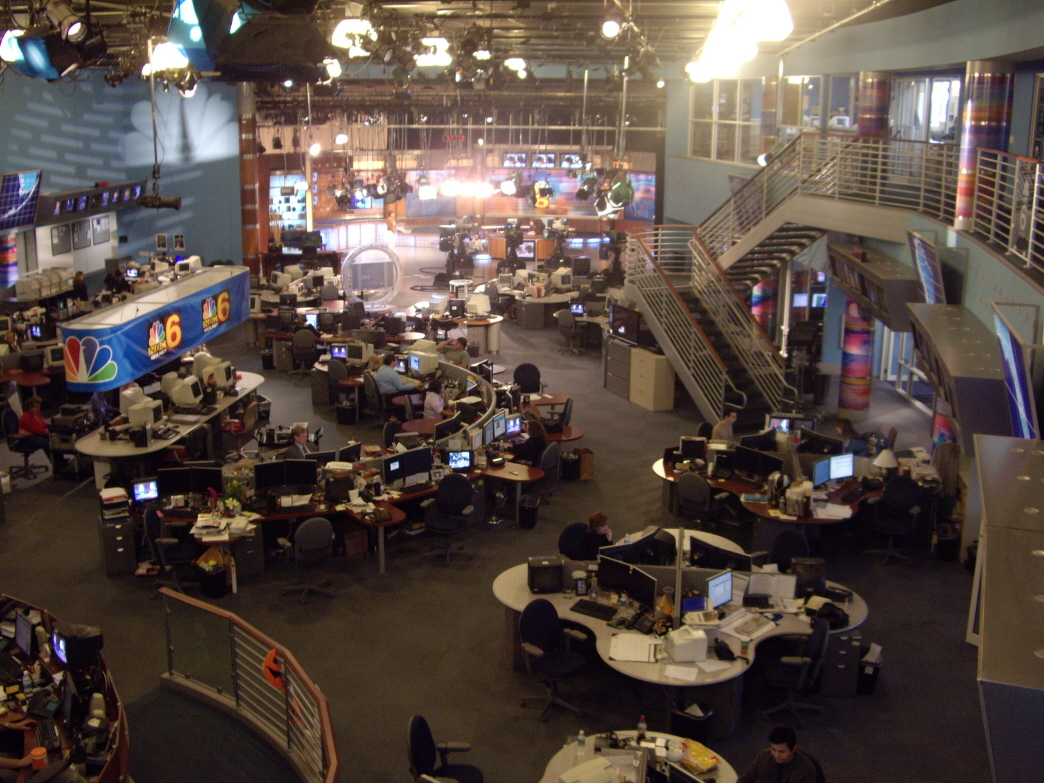 This post originally appeared in The Indy Star on November 2, 2015.

Anybody who has ever been lied to or betrayed by a friend or coworker knows just how difficult it is to re-establish trust in the offending party. Sometimes, credibility that is destroyed can never be fully restored. So it is with America’s news media, which recently got yet another dismal report on public perception of the journalism industry. The media face a stiff climb in order to get back in the citizenry’s good graces.

The annual Gallup survey of media trust shows only 40 percent of Americans have a great deal, or even a fair amount, of confidence that media report the news “fully, accurately and fairly.” That matches the historic low marks recorded in election years 2012 and 2014. Over the years of the Gallup research, the lowest citizen confidence in media has come during election years. This year, of course, is not a general election year. Almost a fourth of all Americans now say they have no trust in media reporting at all.

Respondents who report they are politically independent are turning against the media in big numbers. Only 33 percent of such citizens trust the journalism industry to be fair, down a staggering 22 points in just 16 years. Independents now view the media at about the same low level as Republicans, long considered the most distrustful of media.

The most disturbing component of the study is that younger adults, ages 18 to 49, have less media trust than adults over 50. Only 36 percent of younger adults have confidence in the media, down 17 points in the last 12 years. Young adults who already have a dim view of media fairness won’t be easily won back.

The decline of younger adults trusting the media is likely a factor in the dwindling number of people who seek careers as journalists. Enrollment in college journalism programs has dropped in recent years. The highly regarded Columbia University School of Journalism is cutting staff.

Of those students in college journalism and mass media programs, approximately 70 percent are studying advertising or public relations. There was a time when PR and advertising tracks were in the less prestigious hallways of j-schools. It is hard to blame college students, however, when public relations and advertising executives are viewed as more reputable than reporters. Beyond that, reporter salaries now average only two thirds of what a public relations specialist makes, and that gap is widening. The public thinks the journalism industry is weak now, and things will only get worse given that the best and brightest in colleges aren’t seeking news careers.

Beating up on the media is now a favorite sport of most political figures, and that sustained bludgeoning is surely a factor in sinking media trust assessments. President Obama, in spite of generally beneficial news coverage during his presidential campaigns, has fought the press on several fronts during his two terms, taking particular shots at Fox News.

The presidential candidates currently getting the most traction are all ripping into the media. Donald Trump and Ben Carson on the Republican side and Democrats Bernie Sanders and Hillary Clinton have all trashed the news media in recent weeks. Politicians’ complaining about bad press is nothing new, but the intensity and constancy of the animosity is noteworthy. It’s resonating with voters because it reinforces current public sentiment.

The American people no longer view reporters as the public surrogates they should be. Trust can’t be restored until news audiences look at reporters and sense that the journalists represent the public’s interests. Trust can’t be restored as long as the nation’s news agenda is saturated with sensational, yet low impact, stories about pop culture figures, such as Cecil the lion and a county clerk in Kentucky.

Trust can’t be restored as long as the public senses that the news media are driven more by bottom-line profit and ratings motivations than by a sense of public service, even though those two objectives are not mutually exclusive.

The trust gap between the public and media industry can be closed only when news organizations get the courage to change the vision and prevailing culture of their newsrooms. The news industry, and the nation, can’t afford another 10-point trust decline in the next 10 years. If that happens, there will no longer be a news industry. Whatever is left over will be merely part of the creative writing industry.

As the Ebola outbreak has progressed, public discourse of the matter has reached a fever pitch. From announcements that airports will screen for the disease to coverage of the growing number of cases in Dallas, we are inundated with coverage of the outbreak. And as some call for the closure of borders and bans on flights from West Africa, it is clear that our perception of the issue is at its most fearful, and indeed its most vulnerable, since the epidemic began.