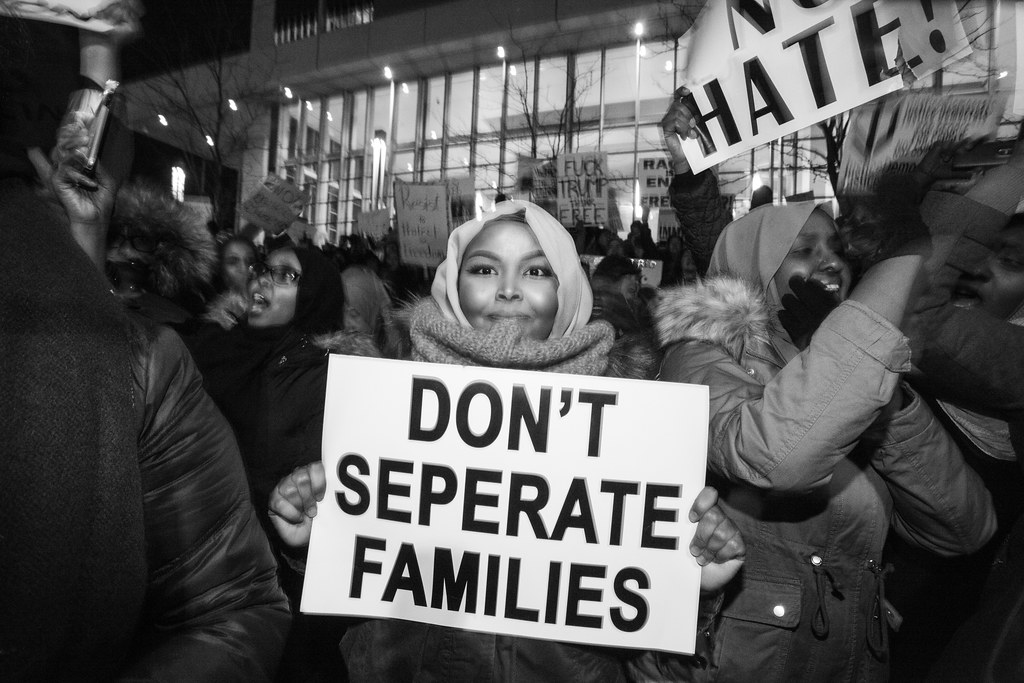 It can be extremely difficult to navigate the current political climate. This task can be especially daunting given the changes occurring within families, where differences in party identification can strain relationships. Heated debates have turned into feuds which last far longer than election night, and now many Americans are wondering whether political affiliations are justification enough to permanently distance themselves from certain family members. Growing political animosity has prompted many to consider the ethical dimensions of cutting off one’s family on the basis of their politics.

These questions of estrangement were recently addressed in a New York Times ethics advice column. “Can I Cut Off a Relative with Hateful Views” explores this idea in the case of one woman who has a friendly relationship with her brother in law however, recently he has become “so radical in his political and world views that I am no longer comfortable maintaining a relationship. He has a blog and is an occasional radio host, so his are very public opinions that are filled with hate and even calls to violent action.” The anonymous individual asking for advice outlines that she feels angered by his hateful speech and wonders about the ethics surrounding deciding to cut off contact by declining invitations to meet up, or if she should clearly let him know that his behavior offends her before taking such actions. The author discusses the importance of discourse between disagreeing family members and stresses that although it is acceptable to cut ties with one’s family over political differences, one should have a conversation addressing why.

This story is one of many which deal with relationships that were complicated due to politics, various similar stories were shared in a Washington Post article which described how holidays have changed for American families since the Trump election. Some stories describe how the election brought their family closer together, while others resulted in rifts that may never heal. Drew Goins writes about a mother from Denver, Colorado who reports the difficulties associated with alienating oneself from family members and also the necessity to do so given circumstances. Cynthia Dorro’s adopted daughters are nonwhite immigrants and her side of the family’s votes for Trump resulted in confusion concerning how best to support her children, “My parents’ votes for Trump tore through me like a bullet… knowing that more than half the people in my home state cast a vote in support of divisiveness and bitter hate toward people like my children has left me unable to even contemplate a visit there.” Now Dorro spends holidays exclusively with her husband’s side of the family which she describes as “devastating, and I can’t really characterize what we do as celebrating the holidays anymore.” Dorro’s is one of many stories which demonstrate the heartbreaking nature of politics on pushing families apart, but not all Americans share this story. Julann Lodge describes his family becoming closer due to a rejection of Trump and his policies, “The Republican members of my family have left the party because they are horrified by the direction the GOP has taken… Now, we are all united in opposing racism, lies and environmental devastation. Trump has united my family more than he will ever know.” Beyond families which go separate ways and those who are closer than ever before, politics has also become an unmentionable topic between relatives of different parties not wishing to quarrel. A St. Louis family describes their love for each other which has fueled an avoidance of all politics related topics which might drive them away from each other, “My aunts and uncles are almost exclusively Republicans. But we love each other deeply, so we all grit our teeth and promise ourselves we will behave. Most of us avoid any mention of politics at all; when someone ignores the unspoken rule, everyone else just kind of drifts out of the room.” These narratives from families across the country illustrate the ways in which their family dynamics have shifted due to the rise of Trump, but others are still confused about when they should draw the line between not speaking about politics, limiting visits with certain family members, and cutting people off altogether. These questions result in a debate which goes much deeper than relationships between feuding family, but rather explores the political polarization occurring in America since the 2016 election.

The Pew Research center emphasizes this rising political animosity according to their survey research. “In choosing a party, disliking the policies of opponents is almost as powerful a reason as liking the policies of one’s own party.” These negative factors which influence individuals political affiliation have fueled the unrest between people from different parties and further research shows that adjectives such as close-minded, lazy, immoral, dishonest, and unintelligent were utilized by almost half of both democrats and republicans to describe members of the opposite party. In fact, growing animosity between parties has been consistently increasing since 2004, and the Pew Research Center found 30% of Democrats believe that the opposite party is a threat to the well-being of the nation, while 40% of Republicans say the same of democrats.

These statistics on political divisiveness and the impressions opposite parties have of each other speak volumes about the ways in which family relations have changed since the election of 2016. Not only do these statistics allow us to better understand what the parties feel about each other, but they provide a mechanism through which we can better interpret policies and learn how to open conversation between people who may be political opposites, but who can ultimately choose to unite with one another against hateful rhetoric. Individual stories of families choosing to maintain a level of distance due political differences is telling of the enormous influence of political polarization at the national level on relationships between individuals.