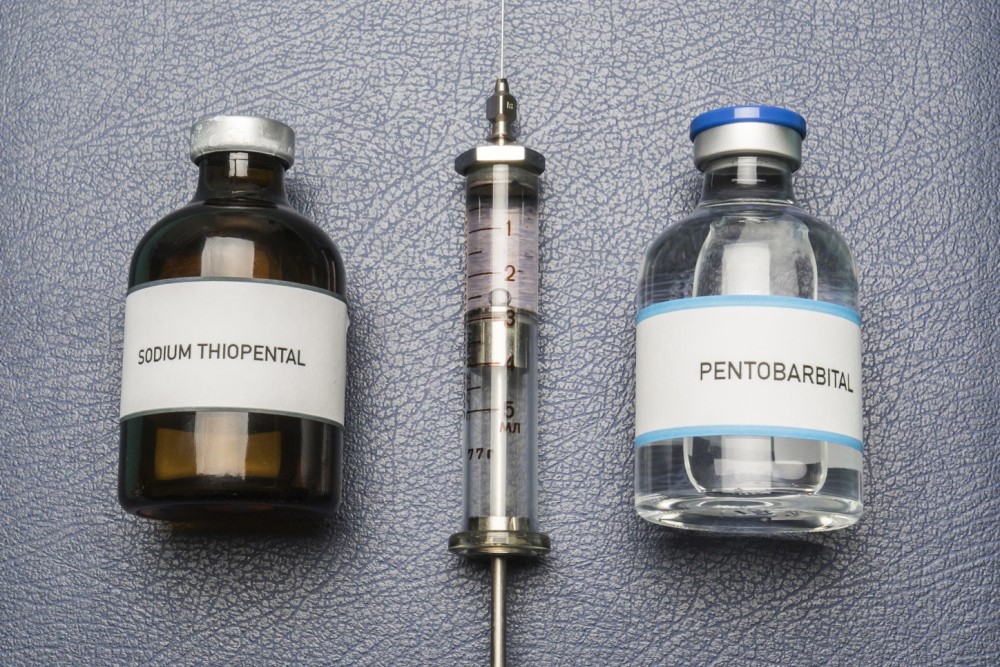 On October 28th, 2021, the state of Oklahoma executed John Marion Grant. This was the first execution the state had carried out for six years, after placing a moratorium on executions following a case where a prisoner was given the wrong drugs (and another prisoner narrowly escaped the same fate). The drug of choice in nearly all modern federal executions had, until that point, been sodium thiopental. But issues with batch contamination shut down the sole factory producing and supplying it to prisons. Additionally, shortly after discovering a therapeutic alternative to sodium thiopental — pentobarbital — the drug company’s CEO imposed distribution restrictions on the product, prohibiting prisons from buying it.

Since then, most states have lost access to their first and second execution drug of choice, nearly slowing federal executions to a stop. In the last couple years, states have managed to re-access both sodium thiopental and pentobarbital, but the humaneness — and, therefore, constitutionality — of their use remain a matter of dispute, with several lawsuits across many states protesting their use in federal executions. Prisoners and their lawyers frequently use these lawsuits to try to achieve stays of execution. After all, if the jury is literally still out on whether a certain drug is a cruel and unusual means of execution, that seems a good reason to delay its use. However, since Justice Alito’s 2014 Supreme Court opinion arguing that “because capital punishment is constitutional, there must be a constitutional means of carrying it out,” states have been forced to come up with some way to perform executions. Oklahoma devised a compromise: take all of the contested methods of execution, and let the prisoners choose their preferred method.

There was a further deceptive aspect of the choice prisoners were given: several of the execution methods had active lawsuits against them. Therefore, if a prisoner chooses one of those drugs, their execution is put on hold indefinitely, at least until the lawsuit is resolved. The prisoners could choose between several different methods: pentobarbitol, sodium thiopental, non-FDA approved compounded versions of either of the first two drugs, firing squad, or a three-injection method that utilized a benzodiazepine, a paralytic, and potassium chloride to end lives.

But there were some prisoners who believed that selecting the method of their execution would be akin to participating in their own death (i.e., suicide). John Marion Grant was one of those prisoners.

Grant’s refusal to choose an execution method, on the grounds that it violated his deeply-held beliefs that this act would be morally wrong, meant that he was, by default, given the three-injection drug execution – a method not without controversy, given that dosing for these drugs represents a sort of guessing game. That is: nobody really knows how much of each drug any particular inmate will require for complete sedation, so they tend to give prisoners massive amounts rather than risk not giving them enough. Grant’s execution did not, however, go as planned. The aftermath of the injections saw him gagging, convulsing, and vomiting for at least 12 minutes before he was officially declared dead. In an op-ed for The Atlantic, Elizabeth Bruenig characterized Oklahoma’s ruling in the following headline: “Oklahoma Tortured John Grant to Death Because He Wouldn’t Commit Suicide.”

But is this a fair characterization of Oklahoma’s law? Is allowing inmates to choose their preferred method of execution really on a par with forcing them to commit suicide? Initially, the answer seems to be no. Merely having some active role in your own execution is surely not sufficient to render one’s actions “suicidal.” As far as John Marion Grant knew, he was going to die no matter what. All the state was offering him was a chance to choose what he would experience in his final moments.

But rhetoric aside, we may still wonder whether having prisoners take this active role presents an ethical problem. Elizabeth Anderson, in her Tanner Lectures entitled “Private Government,” argues that there are many instances in which a choice only superficially increases someone’s autonomy. She uses the example of laws regarding marriage, specifically the changes in the law when divorce became legal. This newly granted “freedom” of entry into (and exit from) a marriage which, on its surface, appeared to grant more autonomy to women within marriage, actually did the opposite. Because women still lost all property rights upon entering into a marriage contract with their husband, choosing to divorce would, for most women, result in almost certain destitution. It was an “option” that was not really an option at all. Such a choice did little to help improve the overall situation for domestic women. Anderson argues that, “Consent to an option within a set cannot justify the option set itself.” That is, a woman who consents to stay in the marriage, because her other option is homelessness, does not, by that acquiescence, justify the situation. Similarly, one might argue that the Oklahoma law only gives a superficial appearance of prisoner choice and autonomy, and does nothing to make the bare set of execution options permissible.

From a consequentialist perspective, however, an argument could be made that allowing prisoners to choose their method of executions maximizes net good. One may argue that this choice improves the lives of prisoners by alleviating some anxiety they may have otherwise experienced in the lead-up to execution, and that it does this without making anyone else worse-off. For example, if a prisoner had a particular fear of sodium thiopental, they may be relieved to have the option to avoid the drug entirely. Of course, this net gain in utility is not a guarantee — choosing their means of death could exacerbate the anxieties of the prisoner, allowing them to imagine their death in vivid detail in the days before their execution. It may also, as in the case of John Marion Grant, weigh on their conscience as a morally impermissible act of self-harm.

From a Kantian perspective, there may be entirely different reasons to avoid offering this choice to inmates. Kant’s theory of punishment is commonly held to involve a view of justice as primarily retributive — that is, justice is realized when people are rewarded for doing good, and punished for doing bad. Kantian retributivists like the philosopher Igor Primoratz hold that the punishment has to fit the crime in order of magnitude. A crime of murder, therefore, requires for justice that the murderer’s life be taken. The longer we wait to end the life of the murderer, the longer justice waits to be served.

One can, then, imagine a retributivist objection to the Oklahoma law on the grounds that it sometimes results in unnecessary stays of execution. Additionally, one could argue that granting this autonomy of choice to people who are charged with brutally taking innocent lives renders their punishment too light to actually serve justice. After all, the murder victims certainly were not allowed to choose their own means of death.

And so, it seems that, from all normative perspectives, the Oklahoma law regarding choice of means of execution appears morally questionable, at best. We can hope that the law will be replaced with one that is more just — whatever that may look like. 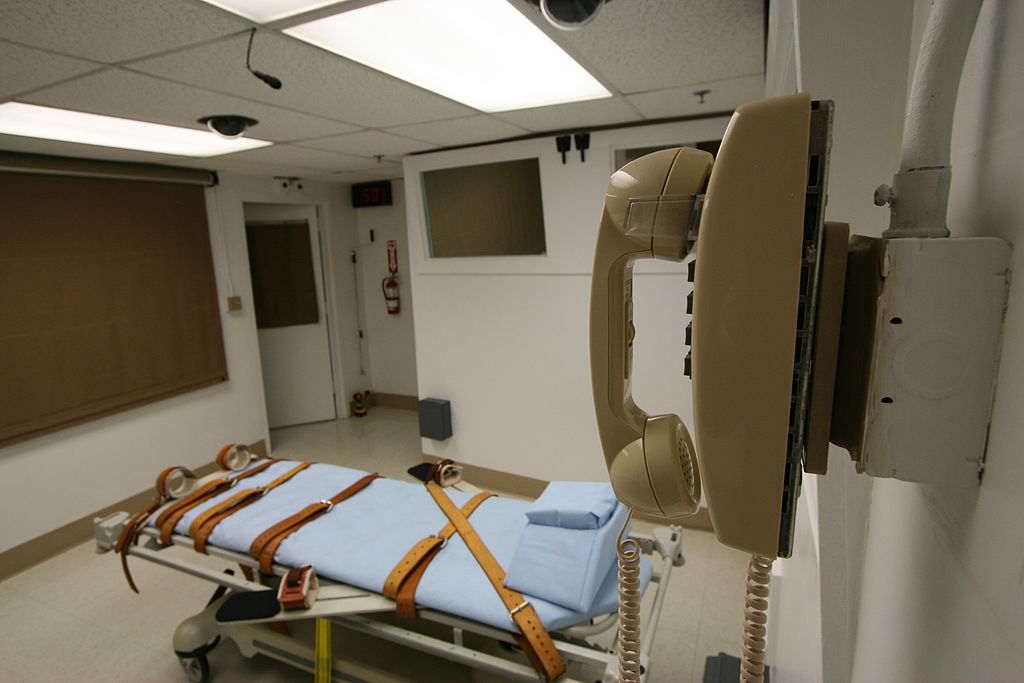 In March and April of this year, the state of Arkansas made national headlines for its plan to execute eight prisoners over the course of 11 days.  The speed involved is striking, especially when compared with national annual execution averages; only 20 people were executed nationwide in 2016.

The truth is, Arkansas is racing against the clock.  Like most states, the primary method of execution in Arkansas is lethal injection.  Death by lethal injection is typically accomplished using a three-drug cocktail.  In Arkansas, midazolam is used as an anesthetic, ideally ensuring that the prisoner does not experience any pain.  Vecuronium bromide is used to cause paralysis before potassium chloride is used to stop the heart.  The trouble is, the remaining midazolam that Arkansas possesses is about to reach its expiration date, and it looks like they won’t have access to more any time soon.

END_OF_DOCUMENT_TOKEN_TO_BE_REPLACED 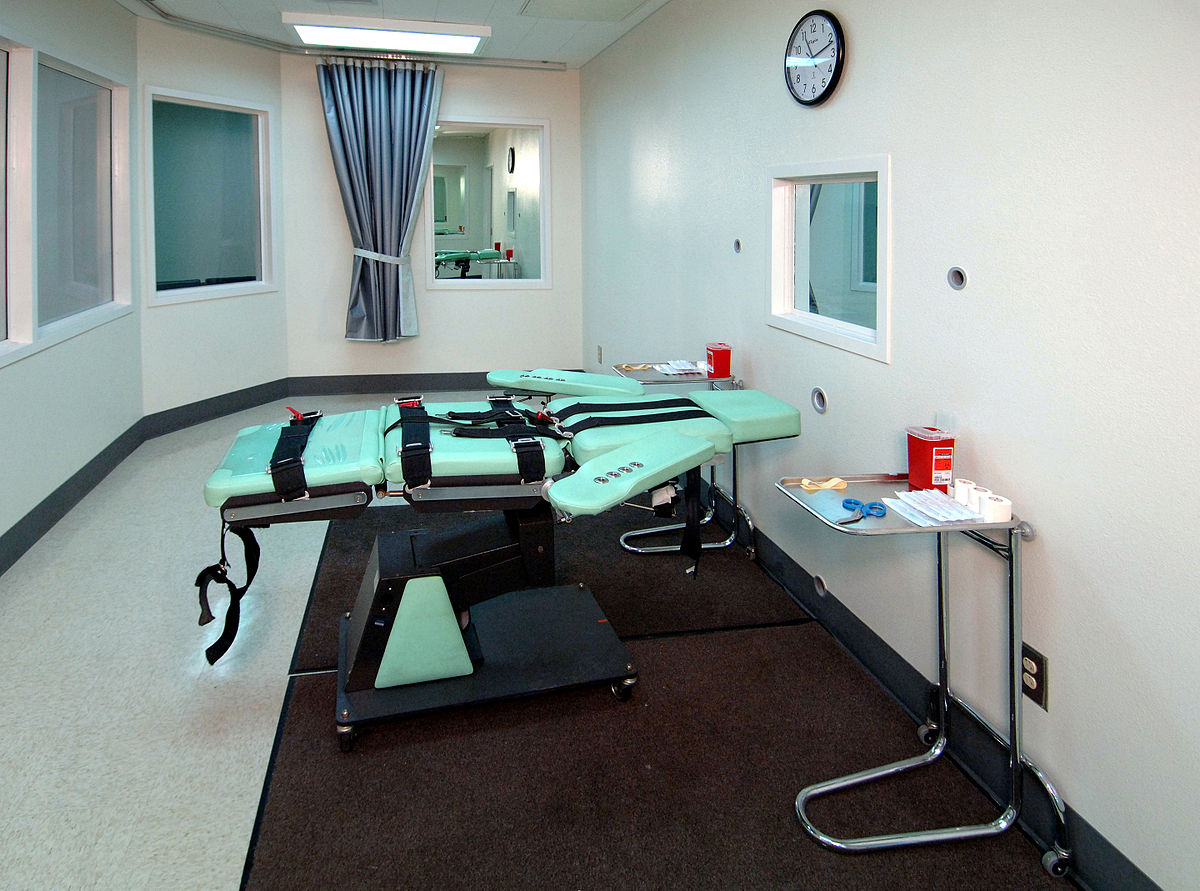