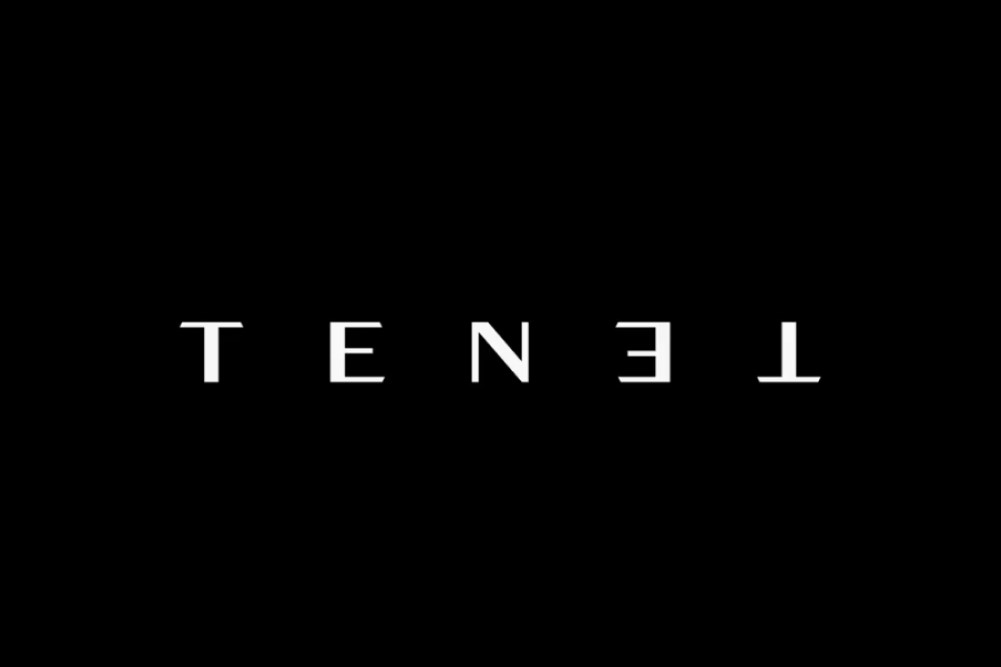 Earlier this month, Christopher Nolan’s highly anticipated new movie, “Tenet,” released on virtual platforms. Tenet includes time travel, weapons of mass destruction, and a stereotypical Russian bad guy. The film follows the story of an ex-CIA agent living in the present who must prevent the destruction of all of human history by future generations. The protagonist’s main mission is to obtain and hide an algorithm created in the future which will enable future generations to reverse cause and effect through a process called entropy inversion. Though the plot tackles many complex concepts, it leaves one relatively unexplored: the motive of future generations to completely annihilate their ancestors in order to reverse the uninhabitability of earth.

Is time travel ethical? If possible, would it be unethical for future generations to interfere with the actions of their ancestors? How should we interpret Tenet’s intergenerational environmental justice?

“Tenet” is by no means the first film to examine moral quandaries of time travel. From “The Terminator” to “Groundhog Day,” time-travel movies, often drawing inspiration from novels, have been steadily present since the 1980’s. These films often give the protagonist the ability to time-travel in order to save the world, re-examine their decisions, or even to remedy their past mistakes. The ethical questions posed by these films often focus on the protagonist’s decision to time travel, rather than the morality of time travel more generally. And usually, those who time travel face potentially grave consequences on their present and their future, depending on the decisions they make. As time travel is currently impossible, and there lie many logical paradoxes within the concept, this question has not been heavily debated. However, for the sake of argument, assuming that time travel is possible and that it is possible to change the past and impact the future, when might doing so be ethical, and when might it not?

If one believes the best moral outcomes from time-travel are positive impacts on the future, time-traveling would be considered morally positive when one time-travels in order to maximize social good for the most people. Though time travel is in many ways, linked to cause and effect and therefore consequences, it could also be considered morally positive if it is a way for society to gain knowledge. Such knowledge could be based on our distant past and ancestors to more accurately understand history. Time travel could also be used, if not to interfere, to solve mysteries, either on an individual or collective basis.

“Tenet” applies time travel to flip the normative narrative of intergenerational justice on its head by asking the question: what if future generations could fight back? Intergenerational justice appeals dominate ethos marketing of the modern environmental movement, especially concerning climate change. At the core of these appeals is the central moral tenant that it is wrong to predestine harm, in the form of environmental destruction, for those who have no agency in this decision. While many see our obstinance to curb climate change and environmental destruction as a deep irrefutable moral harm to our descendants, whether or not future generations have a moral license to retaliate is a different question entirely. Such a question though, is not dissimilar from many ethical questions we currently face in regards to self-defense, retribution, and sacrifice.

“Tenet’”s choice to interplay climate change as the reason for the future’s desire to destroy the past makes the question of its morality far more complex, as it is a reaction to a ruined world rather than an offensive aggression. Future generations fighting back might even appeal to those who view environmental destruction as the defining moral issue of the current age. If viewed in this manner, the “war” occurring in “Tenet” is less between the past and the future, and more between environmental destructors and the victims of this destruction. Those familiar with environmental justice and its modern movements, might see the antagonists as fighting for environmental justice, and see the protagonists as the true wrong-doers.

Of course, “Tenet”’s time travel plot comes with the caveat that future generations are incorrect about “The Grandfather Paradox” and in reality, will cause humans to go extinct if they succeed in obtaining the Algorithm. However, assuming that future generations were not incorrect, and the environment could be “reset” by wiping out the human ancestors, is doing so unethical?

The answer to this question might rely on knowing the full consequences of doing so. Inability to predict consequences is often the dilemma inherently posed by time travel. However, if wiping out human history leads to even greater future human stability and success, those with consequentialist leanings would likely believe future generations’ desire to obtain the Algorithm is moral. However, the unknown consequences of using the Algorithm might be enough for many to argue that destroying human history is not justified. Even in a scenario where humans faced inescapable extinction, wiping out the humans of the past with no guarantee of survival in the future might be too large of a risk to take.

From a retributive standpoint, wiping out the humans of the past might be justified even if it did not necessarily lead to better consequences in the future. If one views the antagonist future generations as activists fighting for environmental justice, one could argue that such extreme actions are justified, as past humans deserve to be wiped out. Some radical environmentalists, such as those in The Voluntary Human Extinction Movement, suggest that one day, humans should initiate their own extinction in order to restore environmental stability. Though many disagree with this stance, the antagonists in “Tenet” are not trying to end human existence, but rather, to further it, by erasing the past. In a way, the core issue at the heart of the film is whether or not our past is worth sacrificing for a better future. The attempt to erase the future envelops many of the same moral wrongs that climate activists take with our current destruction of the environment: robbing individuals of the ability to survive. The actions of the antagonists might also be viewed as self-defense rather than retribution, as they are fighting back in order to undo the wrongs which have occurred.

It is rather easy to subscribe to narratives which purport that we are all equally responsible for climate change and environmental destruction, but this way of approaching responsibility in environmental collectives fails to recognize both the quantitative differences in our impacts, as well as the existence of economic power and political structures which give individuals relatively little control over their impact on the environment. This is not only problematic in wiping out all individuals in the current era, but also those in the past, who had no knowledge of nuclear arms, climate change, or pollution. The lengths to which the antagonist future generations are willing to go, by wiping out all of their ancestors, punishes pre-industrial humans for the actions of their descendants. Though humans have been committing large-scale environmental destruction arguably since the dawn of agriculture, both the invention of nuclear fission and the rapid release of greenhouse gases into the atmosphere really kicked off the type of long-term environmental destruction which will likely be responsible for the majority of future generations’ grievances.

Should future generations fight back to preserve humans from extinction? If so, who and what should they sacrifice to do so? Though time-travel is not yet possible, it need not be for us to ponder such ethical questions. The best approach to answering these questions can likely be found in turning to the modern environmental justice movement, and the activist ethics employed in fighting for a healthy environment for those in the modern era, as environmental destruction has consequences now as well as the future. 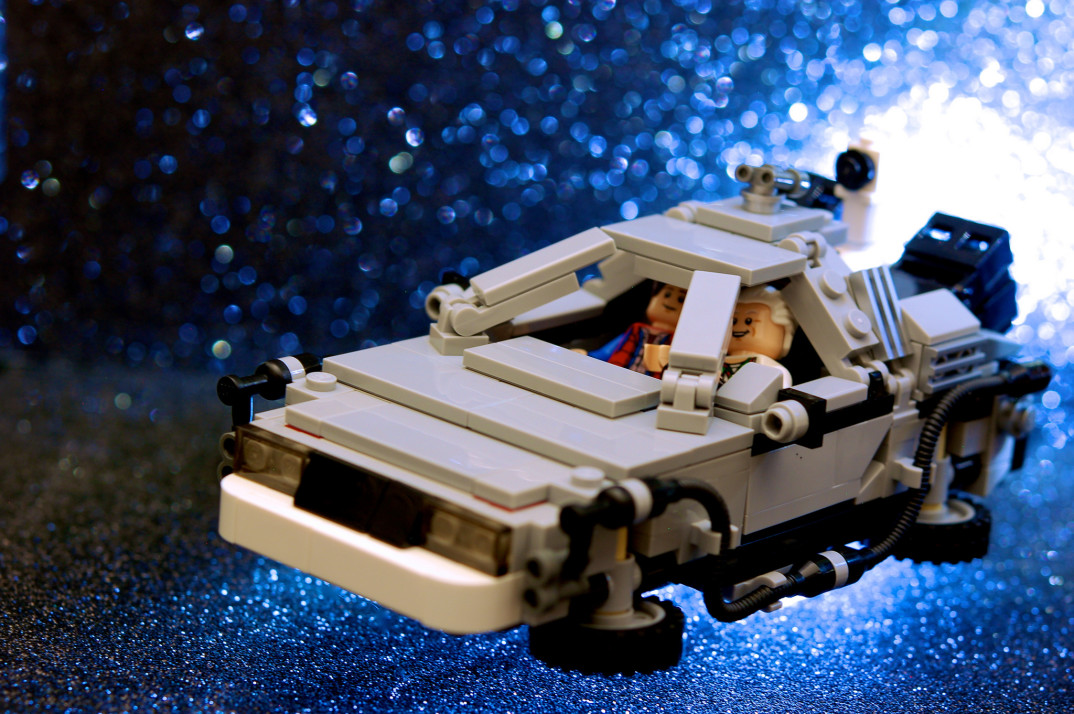 Happy Back to the Future Day! October 21, 2015 is the day that Marty McFly travelled to the future in Doc Brown’s time-traveling DeLorean. To commemorate this day, I thought we should have a bit of fun and consider an interesting (and hypothetical) moral question.

Suppose we could build a time machine. Would it be wrong to build one?