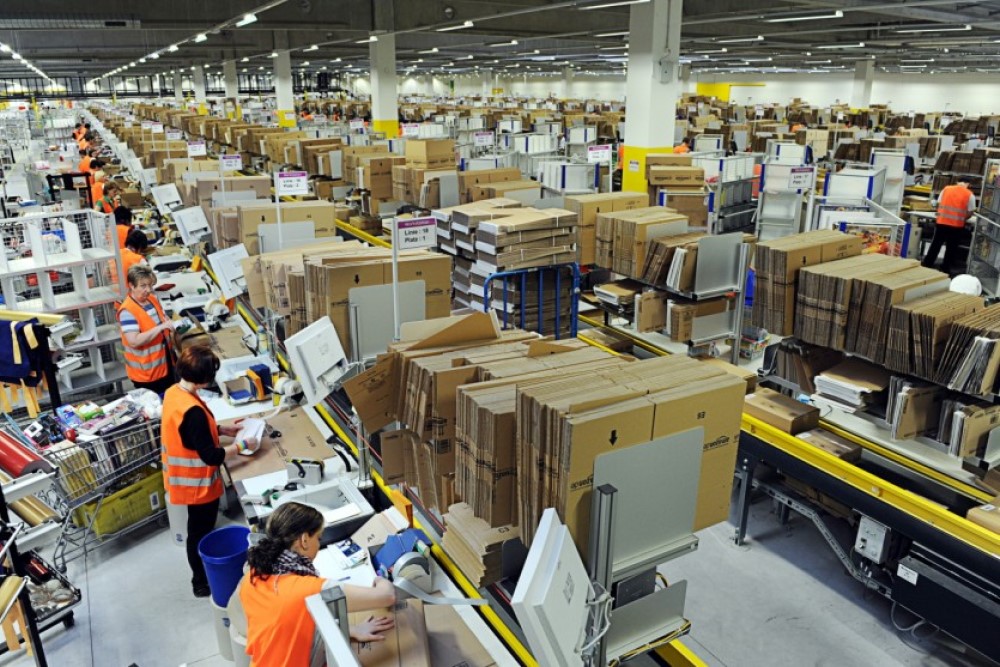 If you’ve been working from home during the pandemic then there’s a good chance your employer has sent you an email expressing their concern about your well-being and general level of happiness. Perhaps they’ve suggested some activities you could perform from the comfort of your own home working space, or offered Zoom classes or workshops on things like meditation, exercise, and mindfulness. While most likely well-intentioned, these kinds of emails have become notorious for being out of touch with the scale of the stresses that workers face. It is understandable why: it is, after all, unlikely that a half-hour mindfulness webinar is going to make a dent in the stress accumulated while living in a pandemic over the last year.

In one sense, employers clearly do have some obligations towards the happiness and well-being of their employees. Consider, for instance, a recent scandal involving Amazon: the company baldly denied a statement that some Amazon workers were under so much pressure at their jobs that they were unable to take bathroom breaks, and were forced to urinate in bottles instead. Great quantities of evidence were then quickly accumulated that such practices were, in fact, taking place, and Amazon was forced to issue a weak conciliatory reply. It is reasonable in this case to say that Amazon has put their workers in situations in which their well-being is compromised, and they have an obligation to treat them better.

“Don’t make your workers pee in bottles” is an extremely low bar to clear, and it is an indictment of our times that it has to be said at all. People working from home offices, however, are typically not in the same circumstances: while they likely have access to washrooms, their stressors will instead be those that stem from isolation, uncertainty, and many potential additional burdens in the form of needing to care for themselves and others. So, as long as an employer is allowing its employees to meet a certain minimal standard of comfort, and assuming that those working from home during the pandemic meet this standard, do they have any additional obligations to care for employees happiness and well-being?

One might think that the answer to this question is “no.” One reason why we might think this is that we typically regard one’s own happiness as being one’s own responsibility. Indeed, much of the recent narrative on happiness and well-being emphasizes the extent to which we have control over these aspects of our lives. For example, consider a passage from a recent Wall Street Journal article, entitled “Forget What You Think Happiness Is,” that considers how the pandemic has impacted how we conceive of happiness:

“Mary Pipher, clinical psychologist and author of ‘Women Rowing North’ and ‘Reviving Ophelia,’ says the pandemic underscored what she long believed: that happiness is a choice and a skill. This past Christmas, she and her husband spent the day alone in their Lincoln, Neb., home, without family and friends, for the first time since their now adult children were born. ‘I thought, ‘What are we going to do?’ We went out for a walk on the prairie and saw buffalo. I ended up that day feeling really happy.’”

If happiness is a choice then it is not a choice that I can make for you; if happiness is a skill then it’s something you have to learn on your own. Perhaps I can help you out – I can help you learn about happiness activities like gratitude exercises, meditation, and mindfulness – but the rest is then up to you. If this is all we’re able to do for someone else, then perhaps the mindfulness webinars really are all we are entitled to expect from our employers.

There are a couple of worries here. First, to say that “happiness is a choice and a skill” is clearly a gross oversimplification: while serendipitous buffalo sightings will no doubt lift the spirits of many, happiness may not be so easily chosen for those who suffer from depression and anxiety. Second, while there is a lot of hype around the “skills” involved in acquiring happiness, empirical studies of gratitude interventions (as well as the notion of “gratitude” itself), meditation, and mindfulness (especially mindfulness, as discussed here, and here), have had mixed results, with researchers expressing concerns over vague concepts and a general lack of efficacy, especially when it comes to those who are, again, suffering from depression and anxiety. Of course, such studies concern averages across many individuals, meaning that any or all of these activities may work for some while failing to work for others. If you find yourself a member of the former group, then that’s great. A concern, however, is that claims that there are simple skills that can increase happiness are still very much up for debate within the psychological community.

Of course, those working from home will likely have much more practical roots of their decreased happiness; a guided meditation session over Zoom will not, for instance, ameliorate one’s childcare needs. Here, then, is the second worry: there are potentially much more practical measures that employers could take to help increase the happiness and well-being of employees.

For comparison, consider a current debate occurring in my home province of Ontario, Canada: while the federal government has made certain benefits available to those who are forced to miss work due to illness or need to quarantine, many have called on the provincial government to create a separate fund for paid sick days. The idea is that since the former is a prolonged process – taking weeks or months for workers to receive money – this disincentivizes workers to take days off when they may need to. This can result in more people going into work while sick, which is clearly something that should be minimized. The point, then, is that while recommendations for how you can exercise at your desk may be popular among employers, it seems that it would be much more effective to offer more practical solutions to problems of employee well-being, e.g., allowing for more time off.

The question of what an employer owes its employees is, of course, a complex one. While there are clear cases in which corporations fail to meet even the most basic standard of appropriate treatment of its employees – e.g., the recent Amazon debacle – it is up for debate just how much is owed to those with comparatively much more comfortable jobs working from home. Part of the frustration, however, no doubt stems from the fact that if employers are, in fact, concerned about employee well-being, then there are probably better ways of increasing it than offering yet another mindfulness webinar.