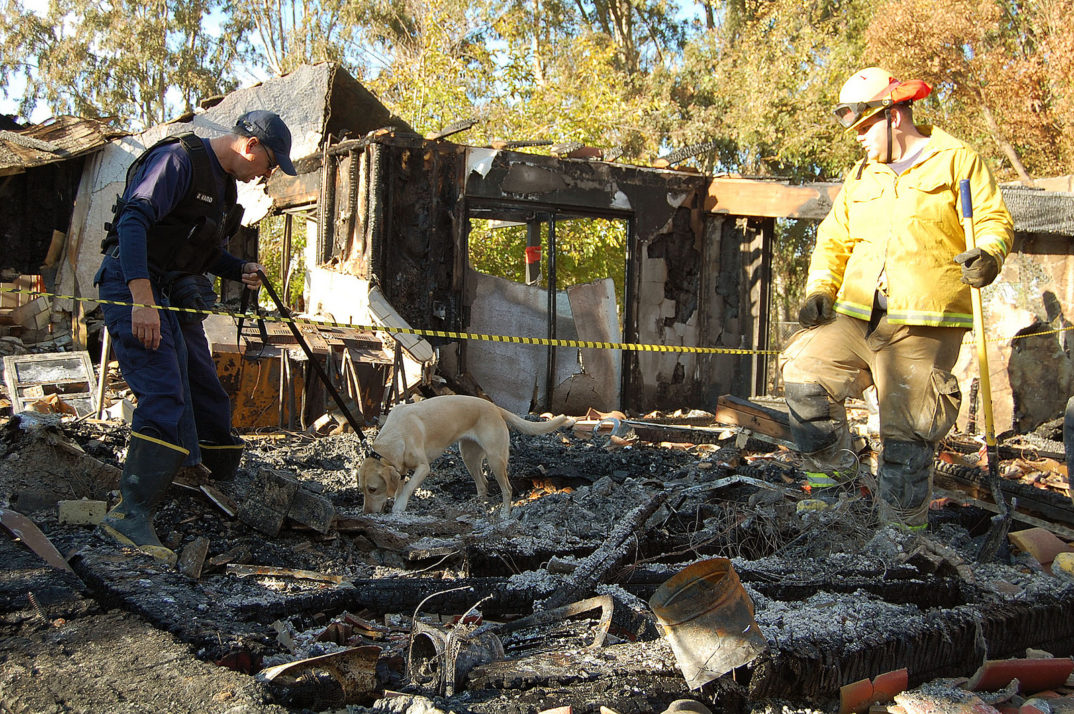 California is facing some of the most devastating fires that it has seen in years. Camp Fire, Woosley Fire, and Hill Fire spread over Paradise and Los Angeles, CA destroying more than 125,000 acres and counting. As families are being forced to leave their homes, the question arises for many: “What do we bring, what do we leave?” Unfortunately for many, this becomes a question of what to do with their pets and other domesticated animals.

Local shelters and relocated farms are options for families to move their dogs, cats, horses, and other animals. When local shelters become full, citizens have sought out local law enforcements or agencies that protect animals. One such agency is Ride On, a therapeutic horsemanship program owned by Abigail Sietsma. Sietsema and her father worked relentlessly to address emergency calls to rescue horses from barns amid the Hill Fire and Woolsey Fire. The executive officer of Ride On, Bryan McQueeney, described the rescue process as a form of art. “You have to really control the energy of people around you,” he says. Horses are able to pick up on when people around them are anxious and it can make an already dangerous and time-sensitive situation that much more difficult.

Emergencies like the California fires make it difficult to protect the lives of humans and animals alike. McQueeny says, “Human lives take priority but Los Angeles County Animal Care and Control, which has set up centers in safe areas, is collaborating with fire and sheriff departments. As of the latest update on Saturday night, the agency had 591 horses, ponies and donkeys in its care, along with llamas, pigs, goats and even a tortoise.” With all of these resources going into protecting the lives of the animals, it begs the question, do we have a moral obligation to help them in emergencies?

According to virtue ethics, emotions are key in ethical decision making. Humans are typically emotionally attached to their pets or farm animals in some way. Therefore, it is ethical to spend the resources to save them in emergencies.  Some would even argue that it would be negligent to leave them alone to die. Animals, for the most part, are dependent on humans to help them and according to the ethics of care, with this relationship, there is an obligation for humans to help out their loved pets. It is considered virtuous, responsible, and compassionate to look after and go out of the way to care for animals in times of need. This belief, that it is good to rescue animals, is socially praised.

Along with being socially praised, the rescuing of animals has been found to unite communities. McQueeny describes the phenomena: “I have been around a fire in a horse area, it is amazing to me how the equestrian community rallies. It’s complicated, it is hard, but I am always impressed that the horse community will jump in. They will move heaven and earth to make sure these horses are taken care of.” The rescue of animals unites communities and gives them hope in situations where hope can seem scarce.

However, all of the time and energy that goes into this rescue isn’t always the most efficient option. Not to mention, some animals like horses take up even more resources to feed them, clean them, and house them once in safe environments. One may argue that we should value human life and use the resources allocated to horses, for example, towards helping the people who have been displaced from their homes. Some animals, such as a pet cat, are easy to relocate, but larger pets like horses or wild animals in zoos create many additional challenges.

The LA Zoo has recently faced the problem of what to do with their zoo animals. Smoke in the surrounding air makes it hard for animals to breathe and increases the risk of disease. However, precautionary measures to move the animals isn’t always the best option. Moving animals can be more dangerous because moving them away from their familiar habitat increases the risk of disease and death. The most that the zoo staff  can do in these cases is to establish evacuation plans for fires, earthquakes, and hurricanes and move animals only if necessary.

If the resources are available, saving household pets and animals would be ideal for many families. Yet taking the extra time to relocate animals in the fire adds additional risk to the family members and more smoke exposure time. The animal rescue personnel even risk their lives to go into the fire zones to save them, but despite their heroic reputation, the California fires make us reconsider: should we bring our animals or leave them?