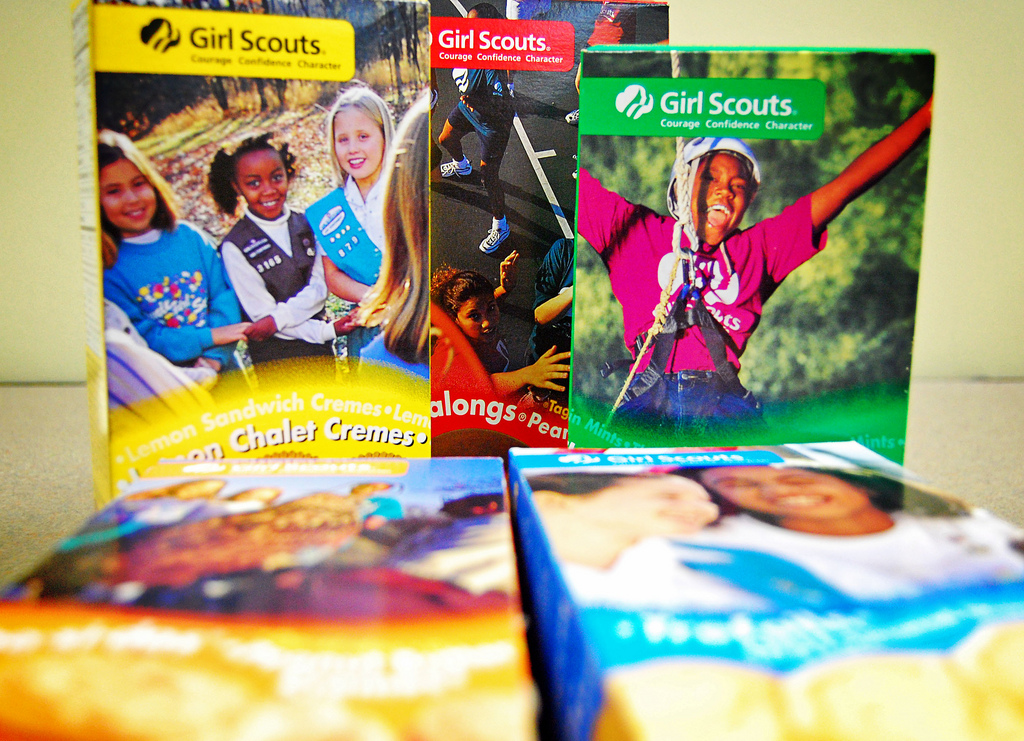 We’ve all experienced pitches for donations that tugged on our heartstrings.  During certain times of the year, when you walk into a supermarket, you can’t help encountering smiling, toothless young girl scouts pleading with you to buy cookies.  On other occasions, you may run into firefighters who encourage you to put money into a boot to support the local fire department. On yet other occasions, you may be asked by a cashier at the department store if you’d like to donate to the Make-a-Wish foundation or the Special Olympics. I’m sure that all of us have, at one time or another, capitulated to these requests.  Are we right to do so?

To be sure, a lot of good comes from charitable giving.  The Make-a-Wish foundation makes lots of suffering children happy every year.  The Girl Scouts provide valuable, formative experiences for young women. The good that firefighters do is quite obvious. If we are assessing the consequences of our donations to these causes, there is no doubt that our giving brings about something positive.

What’s more, donating to these causes makes us feel good because we observe firsthand the good that is done for our communities.  These are people who, in many cases, we know. At the very least, these causes are closely related to people and institutions that we care about.  Caring is an important component of moral motivation. What’s more, when we actually see the good that is being done with the money we’ve given, we might be more likely to give to good causes again in the future.

One question we can ask, however, is whether our money should be going to promote a modest amount of good when the same amount of money could, instead, be spent preventing a significant amount of harm.  Consider, for example, that delicious box of thin mints that you bought from an adorable girl scout. Recently the price of girl scout cookies went up from around $4.00 to around $5.00.  On its website, the Girl Scouts proudly advertises that, “100 percent of the money stays local! That means you’re not only supporting girls’ success, but the success of your community too—sweet!”  Individual troupes have the option to donate the money earned by individual camps back to the troupe or to donate it to another worthy cause. The values that The Girl Scouts are trying to instill in young members are laudable.  Scouts are being taught the importance of good decision-making, goal setting, money management, people skills, and business ethics. If The Girl Scouts as an organization is effective in its endeavors, young girls develop crucial virtues and, ideally they spread those virtues to other members of society as they develop into citizens, professionals, and parents.  But is it a good thing that the money you donate is staying local?

If we are reflective about our charitable giving practices, one important question we must ask ourselves is whether it is better to spend money doing good or preventing harm.  We aren’t preventing harm when we choose to buy a box of Girl Scout cookies, though we are doing good. On the other hand, another way that we could spend that same discretionary five dollars is to donate to, for example, a cause like the Against Malaria Foundation.  Malaria is a preventable and treatable disease, but in impoverished nations, it is a deadly and destructive one.  Ninety percent of malaria cases take place in sub-Saharan Africa. Even when people afflicted with malaria don’t die from the disease, it can have significant effects on the body, including severe cognitive impairment.  A $2.50 donation to the Against Malaria Foundation provides a insecticidal bed net that can help prevent two at-risk Africans from contracting Malaria for up to a year. This means that the $5.00 we spent on buying a box of thin mints could prevent four people from being infected with malaria for a year.

One proposal we might consider is the following: as a general rule, we should focus our charitable giving on reducing and eliminating harms first.  Harms should be, as far as is possible, ranked in terms of severity. Once we have dealt with the most significant harms, we can then move on to the harms that are less significant. Only when we have dealt with all of these harms can we finally move on to charitable causes that seek to provide benefits rather than to reduce harms.  This kind of strategy is predicated on the idea that, in our charitable giving, we should strive to do the most good we can do, which means that we should seek to donate our discretionary funds as effectively as possible. This is a strategy endorsed by a growing group that calls themselves effective altruists.  Effective altruism is a movement that maintains that charitable giving should be motivated not merely by fellow-feeling (though empathy is, of course, not discouraged), but instead by the results of careful inquiry and evidence collection on the subject of where the money could really do the most good.

This is a rational, evidence-based approach.  On the other hand, some argue that important features of moral behavior and the development of virtuous character are missing when the issue is approached in this way.  One lesson we can take from care ethics, for example, is that morality is a matter of developing relationships of care with others. This involves putting ourselves in a position to understand the people involved and be receptive to their needs.  This is a practice that involves more than brute calculations. It involves really getting to know others. It may follow from this view that we are in a better position to care for the local Girl Scout than the malaria ridden person oversees. The care ethicist wouldn’t argue that we shouldn’t help those who are struggling in distant countries, however, they would argue that morality can’t simply be reduced to math.

Good people can all agree that charitable donation is important. We all need to ask ourselves which set of moral considerations should guide our decision making.  Is a decision fully moral if it relies on rationality alone? Do we need to be emotionally invested in the causes to which we commit our resources?