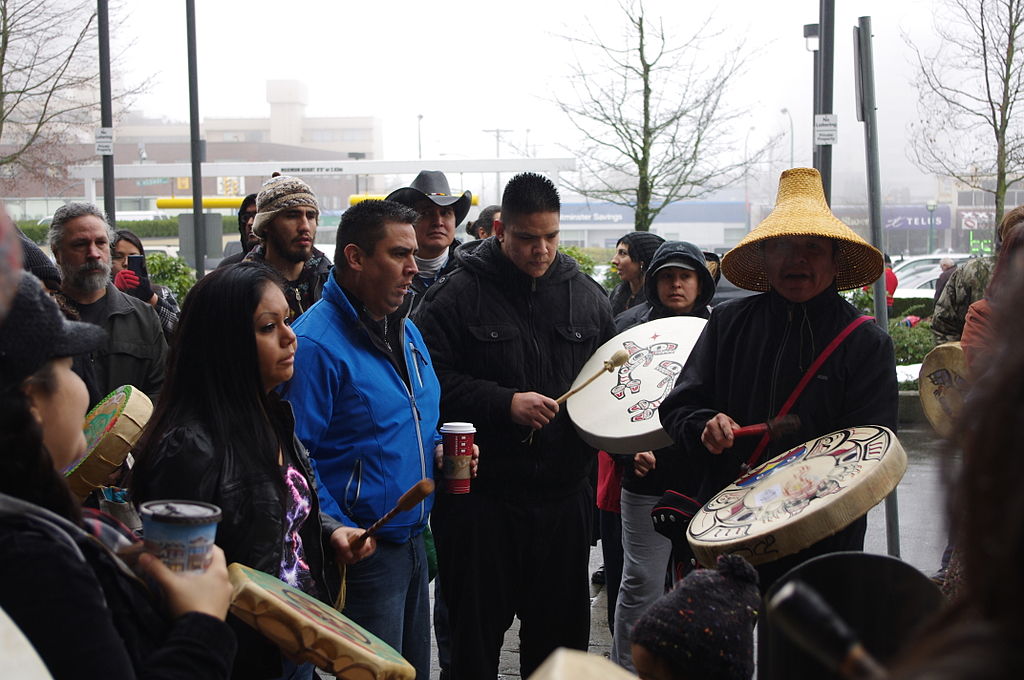 On Thursday, October 11, Canada’s Supreme Court issued a judgment which, some argue, has turned back the clock on First Nations’ rights to pre-1982. The Mikisew Cree Nation of Alberta contended against the federal government that Canada’s enshrined ”duty to consult’ with First Nations peoples should apply to the legislative process in constructing bills that impinge on Aboriginal or treaty rights. In a majority 7-2 ruling, the Supreme Court decided against the Mikisew Cree First Nation’s claim, citing in their decision the separation of judiciary from legislative powers.

This lengthy legal conflict began in 2012, when Stephen Harper’s Conservative administration passed controversial omnibus bills C-38 and C-45. While omnibus bills are not unusual in Canadian legislature, these bills were contested for their extraordinary length and scope. They radically reshaped Canadian environmental policies. Among other things, bills C-38 and C-45 withdrew Kyoto protocol commitments, removed protections on ninety-nine percent of Canadian waterways, ransacked the existing Canadian Environmental Assessment Act, and struck down existing rules to preserve fisheries and endangered species. This removal of protections applies to resources in First Nations’ territories, directly impinging on Aboriginal and treaty rights.

These two omnibus bills triggered in their wake a nation-wide protest and environmental movement begun by Indigenous, Métis, Inuit, and allies called ”Idle No More”. Massive cuts to environmental regulation moved the Mikisew Cree First Nation in Alberta to take the federal government to court. The Mikisew argued that the “duty to consult” should include the legislative process (applying to the passing of bills like Harper’s unwieldy omnibuses), and not just the executive and implementation stage of projects.

The Mikisew First Nation had the weight of international standards on their side, as the foundation of the “duty to consult and accommodate with Aboriginal peoples” is upheld in the United Nations Declaration on the Rights of Indigenous Peoples. (As an aside, Canada was initially one of only four nations that objected to this declaration, citing concerns that First Nations would be acknowledged veto power in decisions that affected natural resources within First Nations territories, though Canada has since got on board with the declaration as of May 2016).

Despite this reluctance from the federal government to endorse international norms on Indigenous rights, the overall direction of Canadian jurisprudence has been to uphold the principle of duty to consult in both federal and provincial contexts. This ”duty to consult” itself was a sign of progress in an otherwise oppressive settler-colonialist history. By dint of diligent interrogations by First Nations reacting to Canada’s assimilationist policies, Canadian jurisprudence has steadily moved towards the acknowledgement of First Nations’ inherent prior rights and treaty rights.  Indigenous rights were officially recognized in Section 35 of Canada’s Constitution Act of 1982.

Pamela Palmater, Mi`kmaw lawyer and Indigenous governance professor, sees the October 11 decision as a major reversal of this hard-won progress. While the majority decision cited the separation of judicial from legislative powers in their decision, she writes: “Isn’t the whole purpose of reconciliation—at least from Canada’s perspective—supposed to balance constitutional rights and principles and find a way to make them work together?” Dialogue and reconciliation are, after all, core foundations of Aboriginal and Canadian culture.

Dwight Newman, law professor and expert on Indigenous rights in law, notes that the decision is not conclusive. While it is true that 7-2 judges on the Supreme Court ruled against the Mikisew, their legal reasoning differed. Three of the majority ruling, Justices Andromache Karakatsanis, Richard Wagner, and Clément Gascon, deferred to the ”honour of the Crown” – a principle underlying the duty to consult – that could invite future litigation and re-negotiation.  Dissenting justices Rosalie Abella and Sheilah Martin asserted that the ”honour of the Crown” permeated all relationships between the government and Indigenous peoples, entailing the duty to consult at the legislative as well as executive levels.

Mikisew First Nation representative and director of Government Industry Relations, Melody Lepine, expressed trepidation at the Court’s consignment of Indigenous rights to ambiguity: ”In my several years of working with the federal government and with the provincial government to try to force them to consult, there is no honour, there is no willingness, and it has been a complete struggle… I have no faith that the government will do the right thing.” This sense of betrayal was echoed by Mikisew lead council Robert Janes, who noted that the SCC ruling displayed a missed opportunity for Canada to engage First Nations as committed partners. As it stands, this decision means that First Nations will have little resort but to litigate unilateral legislation that has already been passed, ensuring the continuation of an adversarial, burdensome, and costly model of feedback.

The Mikisew ruling is a setback for all First Nations in the process of reconciliation, but it should also be a wake-up call for Canadians. The political and legal struggles of First Nations in Canada recurrently show that real, meaningful, decision-making power comes from obtaining a place at the table. They exemplify the key importance of what John Rawls called “procedural justice,” the ability to participate in governance processes as a means of ensuring fair outcomes.  Procedural justice also satisfies a fundamental principle of recognition, in allowing concerned parties to have a say in their fate. It is time for Canadians to campaign for legislative mechanisms that reconcile procedural justice for First Nations communities, i.e. processes which meaningfully include First Nations’ peoples at every level of decision-making that impacts them.