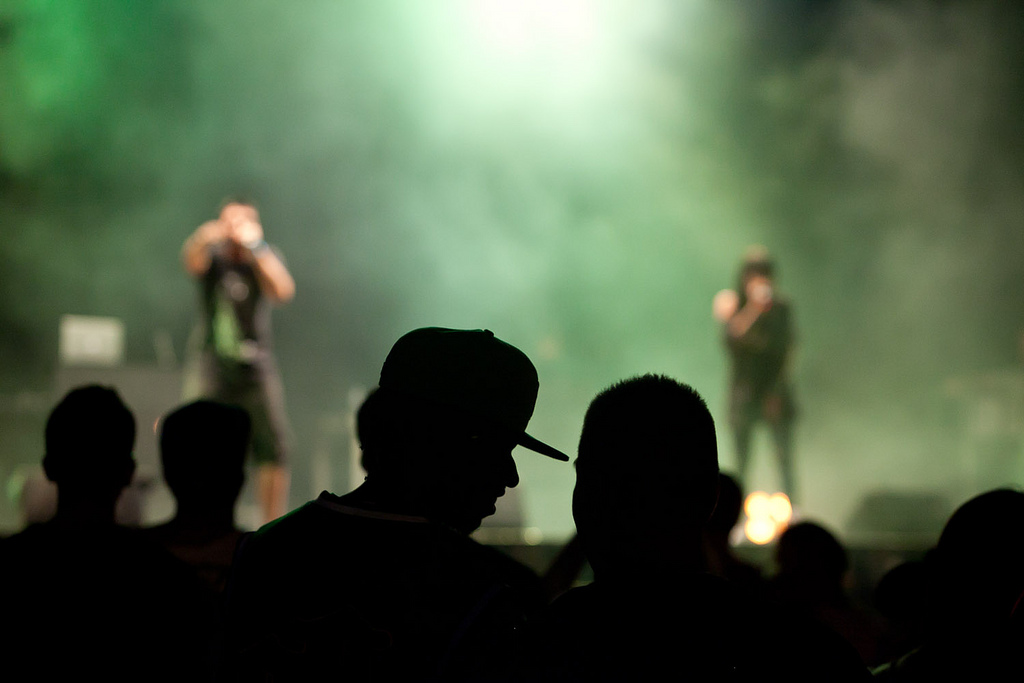 Hip-hop’s influence has reached international proportions. Audiences all over the world crowd underneath stages as rappers spit their rhymes. It’s interesting how such a global phenomenon came from the slums of New York City and from the voices of the black community. But with hip-hop’s international reach, it means that the genre caters to all different colors of people. And just how hip-hop influences black lives, it impacts the lives of people who come from different backgrounds. It influences so many facets of society, to the point that its listeners imitate the rappers that they admire. However, race can make imitation and influence from rap artists problematic, especially for its white listeners. It almost seems as if there is a line drawn in rap music and hip-hop distinguishing what is appreciation and what is appropriation in the music genre. However, that line can be blurred.

Per Blativity, white pop stars often go through a “coming of age” phase. In this stage, white music artists collaborate with black artists and producers, incorporating hip-hop and R&B sounds into their music. This stage is also the artist’s “rebellious phase,” where they push the boundaries of their music, creating edgier sounds and messages that stray from their previous clean cut persona. To these white artists, black music represents maturity in their music. But once this phase is over, white artists suddenly reject the black music that they so readily accepted and revert back to their previous clean cut sound.

Miley Cyrus is a perfect example of this phenomenon. The pop artist was known for her clean cut persona and music to match. She was the star of a popular Disney Channel television program Hannah Montana, a show about a teenager who lived a double life as a rockstar. A lot of the music that Cyrus made as Hannah Montana transitioned into mainstream music. As Miley Cyrus matured though, so did her music, and this maturation manifested into her 2013 hit single “23,” a track made by hip hop producer Mike Will Made It and featured rappers Wiz Khalifa and Juicy J. In her verse, Cyrus raps “Drinking out the bottle, I got no respect, Looking like a model, who just got a check, I back it up, cause I don’t give a fuck.” In the same year, Cyrus dropped an album, Bangerz, that featured more rappers such as Nelly, French Montana, and Big Sean.

Was Cyrus’s change cultural appropriation, though? One could simply say that she was making a change in her music. Perhaps an interview that Cyrus had with Billboard a few years after Bangerz came out can navigate the appreciation versus appropriation of Cyrus’s music. During the interview, Cyrus said that she stepped out of the hip-hop scene because of its vulgarity. She began to dislike the materialistic nature of hip-hop and its graphic sexual descriptions. Maybe it’s this line that deems Cyrus guilty of appropriating hip-hop. After the music genre brought her so much success, she condemns it and started making light hearted music again. On one hand, Cyrus’s stance on hip-hop is understandable. It can be vulgar and violent, and derogatory towards women. But at the same time, why does Cyrus feel negatively about that part of hip-hop when she was facilitating its negative messages before?

Miley Cyrus isn’t the only one who could be guilty of cultural appropriation, though. Her fans and fans of hip-hop in general blur the line between appropriation and appreciation as well. Hip-hop’s reach has extended to various facets of life, from usage of slang to fashion.

In terms of fashion, many hip-hop artists wear durags. Commonly worn by black men, durags are pieces of cloth used to hold one’s hair style in place and achieve waves, a style pattern that appears in one’s head after wearing a durag for a lengthy amount of time. Durags are not only used for their function though. They became a fashion statement once rappers started wearing them out in public. The long use of durags by black people has made it become a symbol of a part of the black community.  If white people wear durags, is it cultural appropriation? It might just depend on their reasoning and/or the circumstances. Perhaps, if a white person is intentionally trying to make a fashion statement by wearing a durag because they were inspired by their famous rapper, that situation might be considered cultural appropriation. But what if a white person actually wants waves in their hair? Or they want to dress up as their famous rapper without the blackface? Maybe durags are associated with the black community so much that the image of a white person with one on just seems odd. But then again, famous white rapper Eminem was known to wear a durag during the zenith of his career. So if Eminem wears a durag, does that mean that other white people can too? At the same time though, Eminem was the protege of Dr. Dre, a member of the famous rap group N.W.A and a huge shaper in the state of hip-hop today. Conceivably, getting Dr. Dre’s seal of approval gave Eminem a kind of agency that other white people don’t possess.

Appropriation versus appreciation in terms of fashion and hip-hop is a more difficult topic to decipher. A more obvious example is usage of the n-word by white audiences. It is a word that is so commonly used in hip-hop, that people listening to it, regardless of race, tend to sing along to the rap lyrics and include the n-word. On one hand, white people rapping the n-word could be seen as appreciation because they are just singing the lyrics to the song and they are not directing the word towards anyone. On the other hand, the n-word has such a long, hateful, and offensive history that still persists today. And regardless of it being in a song, it should not be used by a white person in any context because it was used and is still used as a derogatory term towards black people. It also wouldn’t be hard to a white person to pause or catch themselves while rapping the lyrics to a song that they like. In addition, some white people do take advantage of rapping the n-word, making their black counterparts uncomfortable. For example, a student at Harvard University recounted a time when he was at a party and during Kanye West’s song, “Gold Digger,” two white students looked him in the eye and rapped along with West, yelling “She ain’t messin’ with no broke niggas.” The white students put emphasis on the last word. It almost seemed as if the white students were provoking their black counterpart. If so, the issue transcends the discussion of appropriation versus appreciation and becomes an issue of racism.

Appropriation is when someone else takes something for their own use. Maybe the whole issue with appropriation in terms of hip-hop is that hip-hop came from black culture. When white people imitate it, to many, it seems as if they are simply taking a part of black culture and using it when it’s convenient and benefits them. At the same time, there are white people who enjoy hip-hop and understand where it came from and respect that there are parts of the culture that they can’t engage in like their black counterparts do. Perhaps there would be no issue of appropriation or appreciation of hip-hop though, if everyone could agree that it came from a certain place, and if everyone acknowledges and credits the place that it came from.