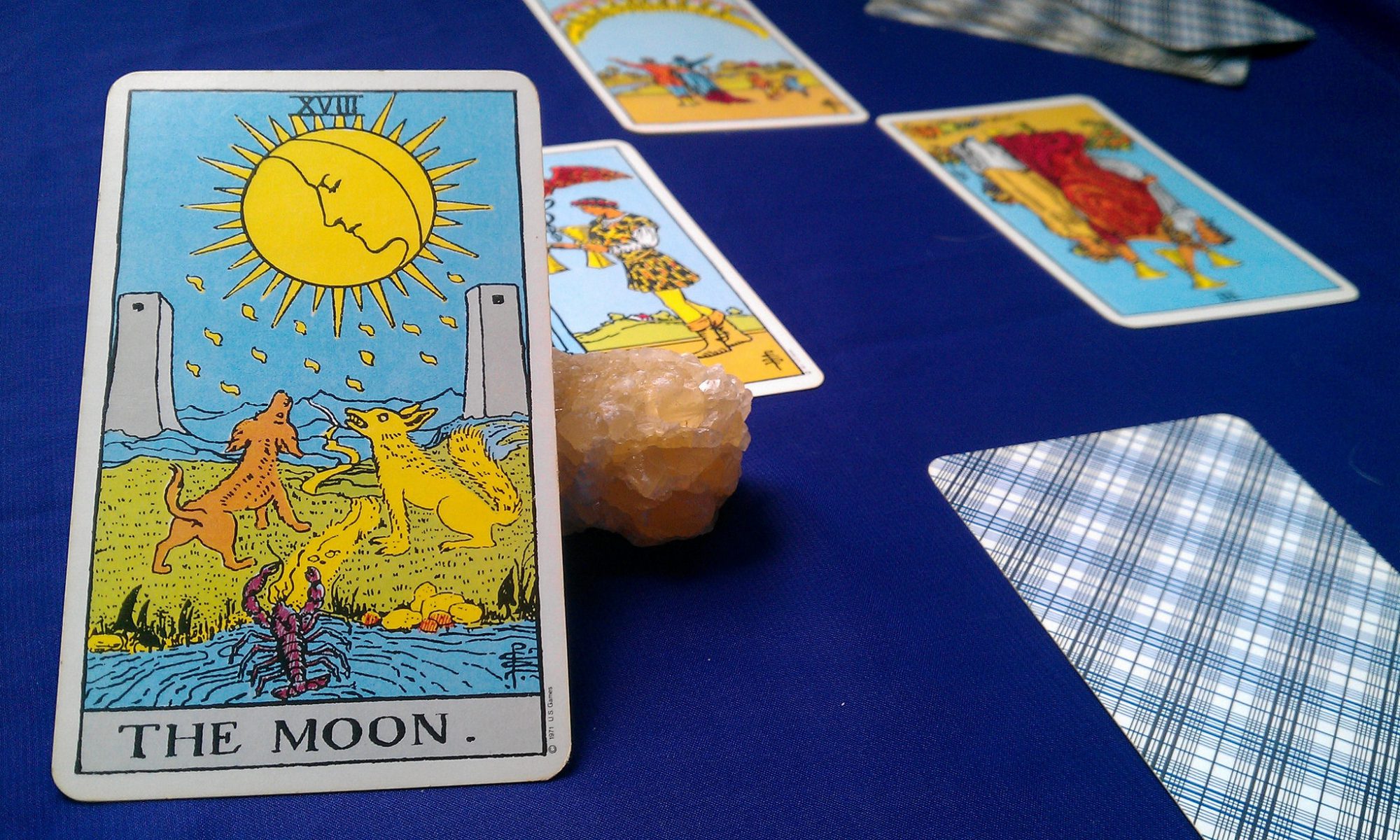 New Age religious practices are on the rise, from neo-paganism to astrology. In 2012, barely more than half of Americans characterized astrology as “unscientific.” Crystal healing and spiritual practices have also made a comeback as a means of individual meditation cobbled from ancient traditions.

Tarot is another practice enjoying a new cultural moment.  It is the inspiration for products sold by GOOP to Dior to Etsy. Tarot card apps abound, including the Golden Thread app which teaches the user the symbolism associated with each card. This fascination is not entirely new – it mirrors the New Age fascination of the 60s and 70s, famously exemplified by Salvator Dali in his Tarot series.

The history of Tarot cards history is somewhat murky. It is speculated that Tarot cards originated as a game akin to contemporary card games. Artist Bill Wolf suggests that the diverse imagery on the cards allowed for creative games where ”the random draw of the cards created a new, unique narrative each and every time the game was played, and the decisions players made influenced the unfolding of that narrative.”

One of the most famous editions of Tarot is the “Motherpeace” version, developed in the 1970s by feminist researchers Karen Vogel and Vicki Noble. The deck depicts feminine figures in ancient mythology and is influenced by the works of Alice Walker. Described by Alice Walker as a “mirror that constantly shows the truest face,” Motherpeace has remained in print since its debut. The appeal of Tarot to second-wave feminism is tied with its emphasis on women’s spirituality. It emphasizes intuition, meditation, and caring spiritual practices as an alternative to institutionalized religious practices that have frequently excluded women, LGTBQ individuals, and other “outsiders” from enjoying equal standing. Tarot similarly enjoys a strong following from the LGTBQ community and people of color.

Why was Tarot such a recurrent symbol for reclaiming the power of marginalized individuals?  While tarot cards are represented in pop culture as the purview of professional psychics, cards are just as likely to be used by meditation groups, individuals, or friends musing over the twists of daily life over a cup of tea or a tumbler of wine. It is a quintessentially accessible practice that satisfies some need for symbolic representation that institutionalized religion formerly filled for many.

Some of these symbols are less vernacular today than at the time of their composition (hence the proliferation of new editions of the Tarot). The changing decks bear in common that they encourage the reader to see one’s life in more complex ways than one, linear narrative, prompting different possible lenses to one’s current situation. The user learns to develop layered interpretations of seemingly straightforward imagery. While the Death card is notorious in pop culture, its meaning is one of change and transformation rather than intimating literal demise.

Far from being strictly a divination practice or predicting one’s future, tarot cards are understood as an “invitation to the present moment.”

Can there be an ethics of Tarot? Taken as a hobby by individuals or among friends, it can be a game or a series of meditation props for evaluating different aspects of life in working through present concerns. The latter could be understood to be a similar practice to meditation, or reading self-help books, but with a randomized approach.

Professional tarot card readers exist, however. If Tarot cards are essentially random meditative symbols, what sort of services does a paid reader provide?

People seeking tarot card readers are often at a knotty intersection in their lives, torn about a decision, or stuck in a recurring cycle of behavior. Sometimes they are ravaged by grief or anxiety. In short, people tend to seek out Tarot readers for the same reasons they seek out therapists. But why choose a Tarot reader over a trained therapist? Tarot reader Thom suggests that one reason is economic: most people are not covered by insurance that would enable them to see a therapist for the long-term care that is required to be effective. Thus, Tarot responds to a serious gap in mental health services for many people. While clients pay Tarot readers out of pocket, meetings are often infrequent and reserved for times when the person feels particularly stuck on a question and needs a listening ear.

Tarot readers typically offer an open and accepting environment and frequently embrace holistic approaches to responding to questions that incorporate the client’s worldview. The use of neutral symbols invites client participation and interpretation, allowing for a more equal power and epistemic dynamic than in a typical clinical situation. A recurring theme among codes of ethics by tarot readers encourages clients to use their own inner guidance. Like therapists, Tarot readers rely on interpersonal skills of listening to clients and helping them to interpret their own narratives through dialogue.

In some ways, Tarot readers mirror the emotional labour that women often provide informally and without pay, but with remuneration. It is both paid and un-credentialed, and thus occupies a halfway space between the unpaid work characteristic of women, and the accreditation of that labour which demarcates paid caring professions.

The goal of responsible Tarot readers is not to replace professional help for serious concerns. Biddy Tarot emphasizes the importance of referral, sending clients seeking specific answers for health, legal, relationship or financial issues to the appropriate professionals. The ideal Tarot reader seems to offer a safe, confidential and informal space where individuals can talk about their lives in a holistic way. Like the randomness of the cards itself, Tarot readings offer a non-hierarchical approach to finding emotional equilibrium and progress through the unavoidable challenges and joys of daily life.