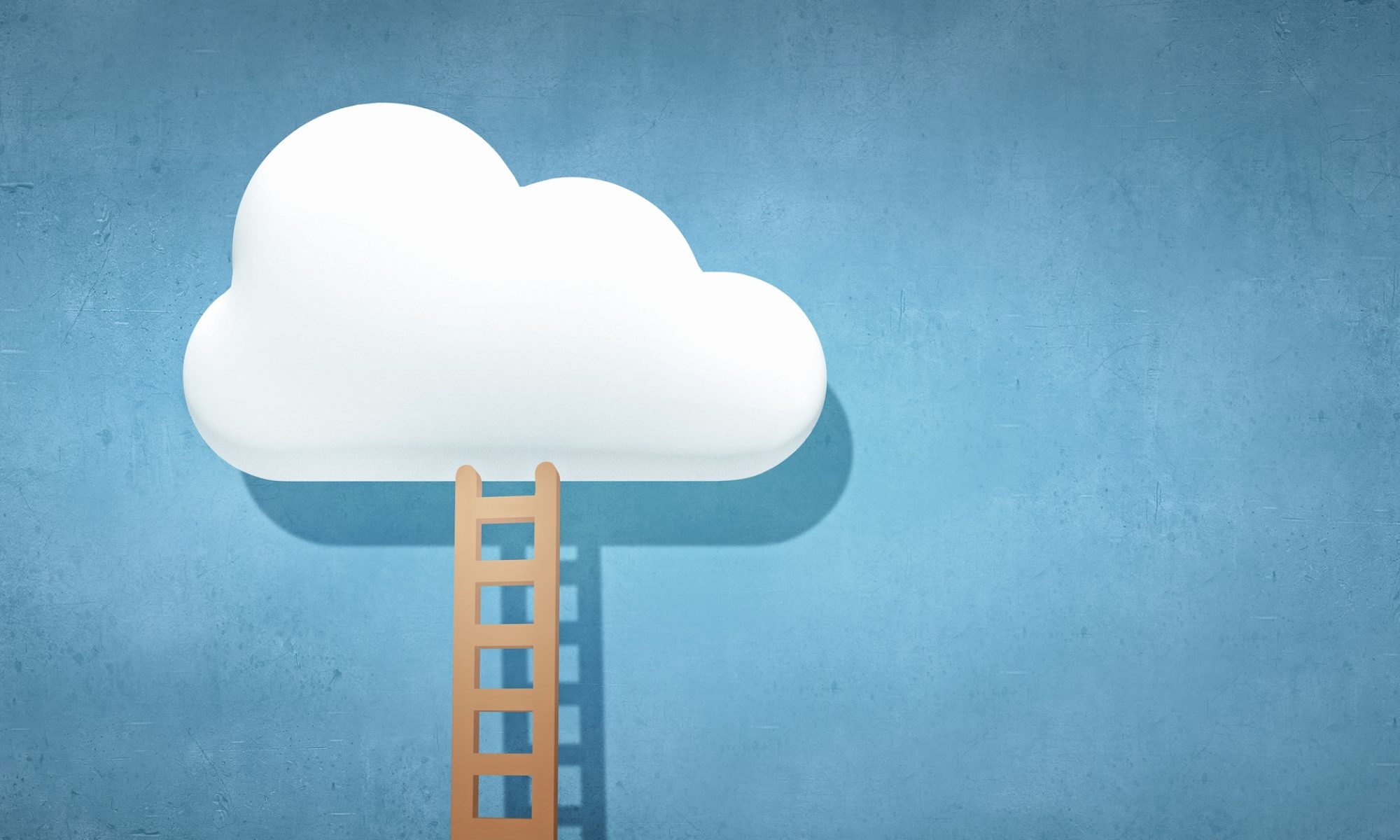 Elon Musk buying Twitter displays the incredible power – economic, political, and social – wielded by the super-rich. Did they earn their place?

In 1998, Charles Kushner donated 2.5 million dollars to Harvard.  In 1999, his son Jared – apparently with mediocre grades and mediocre test scores – started college there. At 19, he served as a corporate vice president – within the umbrella of his father’s company. He is now worth several hundred million dollars. Jared Kushner, one might argue, did not achieve financial success based on merit but was largely the beneficiary of parental largesse. What about Jeffrey Bezos, the founder of Amazon? His family was less wealthy, his personal academic skills more apparent. Did he deserve to go to Princeton? Does he deserve his fortune of over 100 billion dollars? These are extreme examples. Take a studious college student who, when everyone else was drinking, would study. Do they deserve to go to medical school?

Meritocracy is a political and economic system that aims to award people based on personal merit (e.g., skill, talent, and diligence).

The United States is, ostensibly, meritocratic. One question to ask is whether this is a good way to organize society.

Merit has some obvious advantages. Given any societally important job – plumber, teacher, nurse, construction worker, artist – there are benefits to having people good at that job do that job. Similarly, internal to the logic of a market economy, companies should want capable, talented people fulfilling specific roles. Although we should not assume that compensation is a metric of the societal value of a position, nor that meritocracy automatically serves the public interest. The ethicist Michael Sandel contrasts the poorly compensated high school teacher with the successful meth dealer. Likewise, it is in the economic interest of ExxonMobil to hire excellent lawyers, but perhaps not in the public good.

There are then broader considerations of what kind of merit should be rewarded in a society. Is it purely about the capacity to deliver shareholder value, or do we want a society that awards moral virtues like kindness, justice, and compassion as well?  Meritocracy is also challenging to implement.

How does one construct an effective meritocracy that prevents the caprices and injustices of society from interfering in the assessment of effort and achievement?

The concern is especially acute as it is in the personal and family interest of those who succeed to attempt to warp and distort that system to secure further success. Many would deny the United States is a functioning meritocracy at all. Would Jared Kushner have achieved his level of personal financial success if he had been from a poor family in a hollowed-out mining town?

But there is a different question to ask about meritocracy, regardless of how well it happens to be functioning. Do those who succeed in a meritocratic system deserve their success? In a widely circulated tweet, political scientist Sarah Liu asserted: “Academics who announce their accomplishments should disclose their privileges. Do you come from an academic family? Are you white? Are you a man? Are you straight? Are you cis-gender? Are you able-bodied? Are you a citizen of where you work? All of the above?”

Liu is making at least one obvious mistake. As Elizabeth Williams recently argued here, privilege is not about some set of personal checkboxes, but about structural injustices.

We can accept that racism is a societal factor that, on average, benefits white people and harms those of other races without taking it to be the determining factor in the life of every white person and every black person.

But let’s follow Liu’s logic for the moment. If society eliminated problems of wealth inequality, racism, sexism, homophobia, transphobia, and ablism, would success then be earned? Presumably not, for we can always extend the list. Did people come from family money, go to a private school, have fortunate mentorship? Alternatively, do they struggle with mental health, family responsibilities, or just straight-up bad luck?

What about intelligence, hard work, and diligence? Can we claim credit for these? Hardly.

Our natural gifts are as arbitrary as parental wealth. One does not deserve to be smart, good-looking, or even hard working ­­– they simply are.

It does not matter whether or not these traits are genetic, or if they are a result of good schooling and parenting. In no case are they truly self-made. Iterated out, while choices may matter, everyone’s life is impacted by a thousand and one things that they had no control over. Ultimately, our success is not our own, but due to our family, our friends, our colleagues, institutional support, and just plain luck. If we accept such logic, what are the implications?

It does not tell us whether meritocracy is a good or bad system of political organization. Awarding merit may be instrumentally valuable, and far preferable to aristocracy or nepotism. One still can judge Kushner’s success a failure of meritocracy. What the above argument denies is that anyone “deserves” anything based on their merit, for ultimately that merit itself stems from good fortune. And if we deny the position that there is an inherent logic such that the successful deserve their success, we can think more clear-headedly about meritocracy and what we, as a society, want it to do for us. Do we want the studious college student to be able to attend medical school? Do we want billionaires to run Twitter? 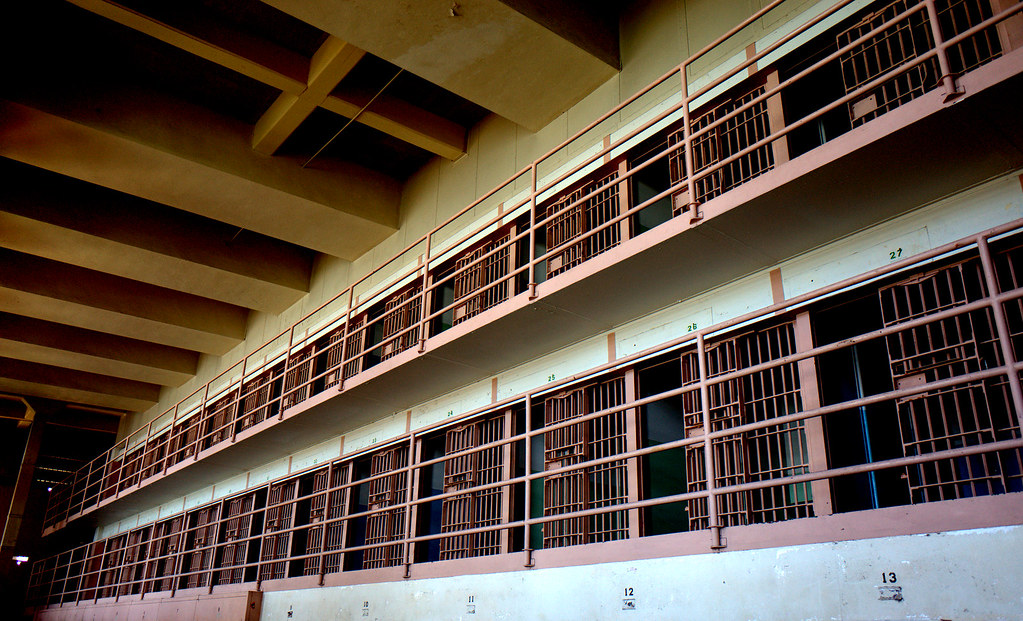 One summer evening, a friend and I tackled the question of free will and all that it entails. Do we have free will? If we do, how do we know do? If we do not, what are the implications for social and legal norms? My friend, who argued against the existence of free will, posited a scenario in which he was “molecule for molecule” a violent criminal, asking me if he could have chosen to act differently than the violent criminal.

The immediate reaction might be, “No.” How could he have? But this rhetorical device, used by Sam Harris to disprove the existence of free will, is not entirely helpful. It does not prove that we cannot freely choose; it merely shows that if you were “molecule for molecule” someone else you would make the same choice that they made, which is self-evident. It reveals nothing about what you could have done, nor anything about the choices available to you and your ability to choose.

But suppose my friend is correct and we do not have free will. This view coincides with the philosophical doctrine of determinism. Writing for the Stanford Encyclopedia of Philosophy, Carl Hoefer defines determinism as the philosophical belief that “given a specified way things are at a time t, the way things go thereafter is fixed as a matter of natural law.” In other words, a violent criminal such as Davis Bradley Waldroup, Jr.  could not have acted differently.

Waldroup engaged in acts of undeniable brutality. An article in The New Statesman describes how he shot his wife’s friend eight times with a rifle before attacking his wife. Waldroup shot her, maimed her, bludgeoned her with a shovel and a machete, and attempted to rape her before she managed to escape. Yet Waldroup was only found guilty of voluntary manslaughter, kidnapping, and attempted murder, partly because his defense team successfully argued that Waldroup possessed a genetic predisposition to violence, preventing him from engaging in the judgment and reflection required for premeditated crimes (for a similar case see Meredith McFadden’s “‘It Wasn’t Me’: Neurological Causation and Punishment“).

Warranted outrage followed from the families of the victims when he was sentenced to a mere 32 years in prison. Waldroup’s wife said the sentence “was not justice.” Many would agree that the punishment was not equivalent to the severity of his wrongdoing; it was not the punishment he deserved. But if Waldroup did indeed possess a violence gene and thus, no free will in this situation, how can we even conceptualize what he deserves? Determinism renders the sentiment “He did not get what he deserved” meaningless and irrelevant. And that is not all.

The most fundamental structures in our daily lives are based on the belief that we are free to choose how to act. While we seek and discover external factors (be they biological or environmental) that influence a person’s decision or even the external factors that brought the individual to a moment of choosing, these explanations do not contradict our conception responsibility.  Without the foundation of free will, even the relevance of morality becomes suspect. Either morality cannot exist because people cannot choose to do something right or wrong OR it is already determined that one person will act morally good or morally bad.

Adopting the view that free will does not exist would require a near-revolutionary reform of our justice system. As Luis E. Chiesa of Pace Law School notes, “It is because of this uniquely human capacity to choose to do otherwise that humans can and should be blamed for their crimes.” Our current system, for all of its failings and imperfections in practice, is based on a consort of factors: rehabilitation, deterrence, public protection, retribution, and proportionality of the punishment to the crime. A new justice system capable of accommodating determinism would need to be based not on retribution or what the lawbreakers deserve, but rather solely on concern for public safety, deterrence, and rehabilitation.

Some may wonder how rehabilitation could be retained under this reformed justice system. Is it possible to rehabilitate someone’s behavior if it is determined? It is a worthy criticism. Yet it is possible that some determinists could argue that just as an animal, whose behavior is determined by their nature, can be trained to act in a certain way, a human can be rehabilitated, or trained to behave in a less dangerous way.

Forms of incapacitation, such as incarceration, would exist merely as a means of protecting the public from violent criminals. Lawbreakers who are not violent, such as those who evade taxes, for example, would not need to go to prison as they pose no threat to the safety of the public. Instead, they would need to, if possible, rehabilitate their evasive ways so that they refrain from committing the act again. The only purpose of any other form of legal punishment would be to deter individuals from breaking the law.

Suppose Waldroup’s violent behavior was altered after one day of rehabilitating in prison and he would never again attempt to brutalize another human being. Should he be punished further than the one day in prison for his previous acts of murder and assault? Troubling as it may be, the determinist would say, “No.”

Why should he? His behavior has been changed, he no longer poses a threat. Like a dog who has learned not to pee inside, Waldroup has been trained to no longer behave in that unacceptable and dangerous way. And given that he did not freely choose to kill one woman and severely injure another, the purpose of punishing him is nullified. He deserves nothing because he controls none of his decisions.

Even the well-known determinist Sam Harris points out, “Without free will, sinners and criminals would be nothing more than poorly calibrated clockwork, and any conception of justice that emphasized punishing them (rather than deterring, rehabilitating, or merely containing them) would appear utterly incongruous.”