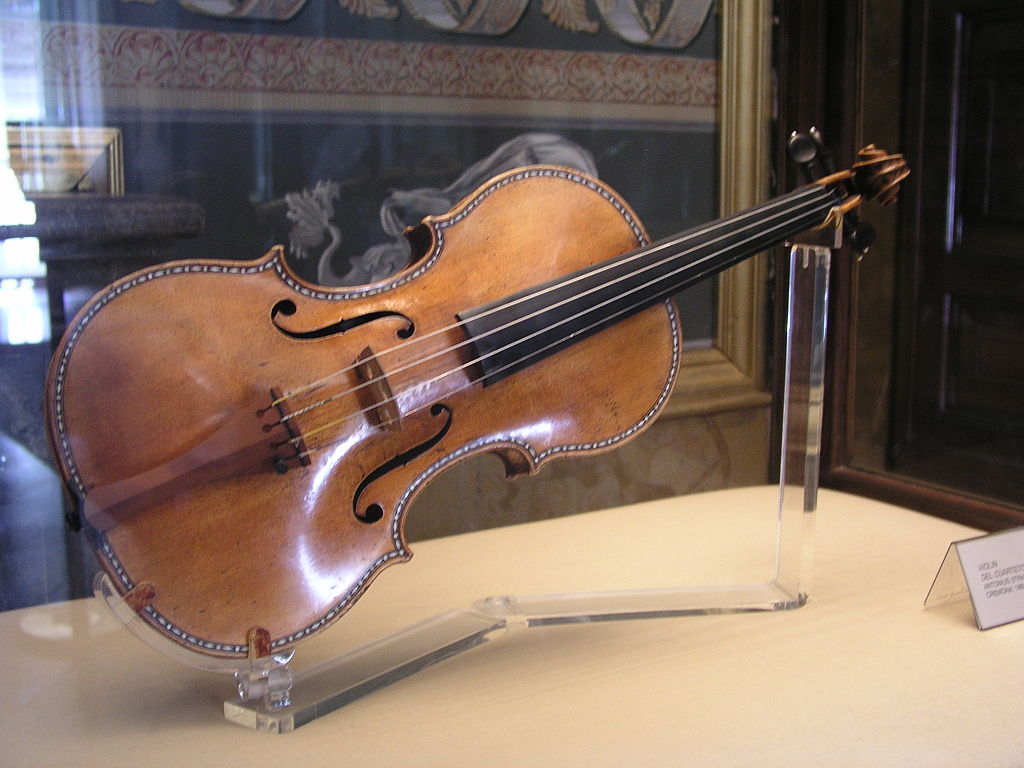 For five weeks, the town of Cremona, Italy will be working to stifle any sudden or unnecessary sounds.

Violins, violas, and cellos made by Stradivarius and Amati and Guarneri del Gesù, two other famous Cremona craftsmen, in the 17th century will be played and recorded to preserve their sounds for posterity in a sound bank. Despite restorations, estimates suggest that their unique characters will only be able to be preserved for decades longer, hence the push for this town-wide hush.

Streets in the center of the city have been cordoned off. Because they are made of cobblestone, percussive vibrations from people walking and sounds from driving in the busy center are picked up in the auditorium where thirty-two ultra-sensitive microphones are set up to capture the purest sounds of the world’s best string instruments ever created. The auditorium was designed around the sound of these instruments, yet still further adjustments have been made: elevators have been shut down, light bulbs unscrewed, and ventilation turned off. Outside the city center, the citizens have been implored by their mayor and officials to keep it quiet. A great deal of effort has been expended in order to capture only the voice of the instruments.

Why is the music of these instruments so valuable? Scientists have attempted to account for the supposedly superior sound produced by Stradivarius violins. A major thesis is that the chemical composition of the wood used in Cremona during the time of creation lent itself to superior products. That they are so widely agreed to be superior to contemporary instruments intended to capture and exceed that original excellence suggests that there are recognizable standards for the sounds these instruments are meant to produce, and that we can recognize when instruments produce such sounds well.

In view of the vastness of this project to create a comprehensive sound bank for these instruments, there is an intriguing outcome to consider. Because the talented musicians are not just recording individual notes, but transitions and styles, attempting to capture all possible sounds the instruments can make, they are effectively constructing digital copies of the instruments themselves. In the future, musicians can digitally play Stradivariuses. How will this preserve or affect the value of the sound these instruments produce?

Walter Benjamin, in The Work of Art in the Age of Mechanical Reproduction (1935), questions the meaning of art in a contemporary context where our ability to create is unprecedented and this affects our understanding of the value of individual creations of art. Though works of art have historically always been reproduced, Benjamin notes that the rise of mass production and the power to reproduce art changes the context of our appreciation of creation. He claims that reproduced art lacks the value of the original because of our relation to it, writing, “Even the most perfect reproduction of a work of art is lacking in one element: its presence in time and space, its unique existence at the place where it happens to be.” Reproduced art lacks the aura of novel creation that the artist expressed when producing.

Carl Georg Lange similarly stresses the value of origin and authenticity in the value of art. Consider cases where there is a question over two paintings concerning which was the original work of an artist. When there is uncertainty and doubt in place, Lange suggests that the pleasure both pieces elicit are the same, but once the doubt is removed, the piece revealed to not be the original work no longer has the same effect on the audience.

Would the future digital Stradivarius productions have the same response structure? There is a crucial difference in the way that music is valuable from the way that visual arts are valuable. Namely, visual arts typically are constituted by an object. What a work of music is, is an interesting philosophical question in its own right. To experience a piece of music seems inherently tied to its performance; to have a piece of music is to have it reproduced or interpreted in some way. Standing in front of a painting, Benjamin suggests we feel differently when it is the creation of the artist. What is the corollary in music?

A performance can be said to be authentic when a variety of conditions are met – when the performance produces the right pitches in the right order (pure sonicists argue this is sufficient), when the pitches produces the timbres of the composers instrumentation (advocated by timbral sonicists), or when the performance actually uses the instruments prescribed by the composer (in line with instrumentalist views). The central or essential qualities of a musical piece must be present in a performance for it to qualify as authentic, and thus the debate will be over what is essential to a work. With the advances in technology that allow for synthetic instrumentation, questions of authenticity become more complicated.

Is the violin or its product the locus of value that the audience appropriately reacts to in this case? If we were to hear two performances, one by a Stradivarius violin and one by a reproduction based on the immaculate recording currently in progress, would it be analogous to the two paintings Lange discusses? Is the way in which a Stradivarius violin is valuable a matter of our appreciation of the music it creates or the material or form constituted by the instrument able to produce the music? For over a month, the dedication of a town in Italy to remain as quiet as possible out of their collective value for this music invites conversation on these questions and the unique way humans have related to art and sounds.