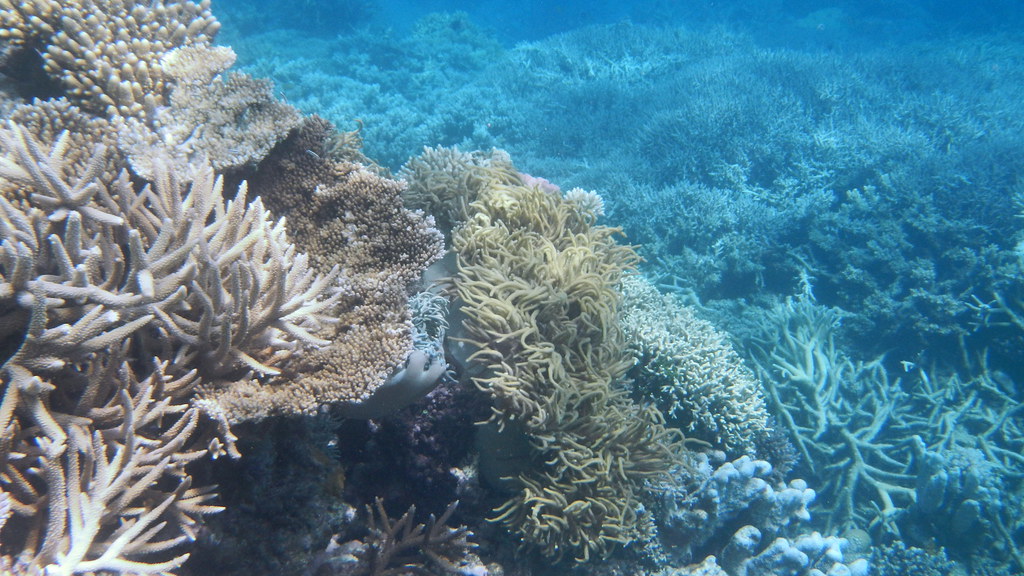 Extending over 1,200 miles, the Great Barrier Reef is the largest reef system on the planet. It is the only system of living beings visible from space and is one of the seven wonders of the natural world. The reef is home to countless living beings, many of which live nowhere else on the planet.

The Great Barrier Reef is valuable in a number of ways. It has tremendous instrumental value for the living beings that enjoy its unique features, from the creatures who call it home to the human beings that travel in large numbers to experience its breathtaking beauty. One also may think that functioning ecosystems have intrinsic value. This is the position taken by notable 20th century environmentalist Aldo Leopold in his work Sand County Almanac. Leopold claims that “A thing is right when it tends to preserve the integrity, stability, and beauty of the biotic community; it is wrong when it tends otherwise.” The idea here is that the ecosystem itself is valuable, and ought to be preserved for its own sake.

When something has value, then, all things being equal, we ought to preserve and protect that value. Unfortunately, if we have an obligation to protect the Great Barrier Reef, we are failing miserably. The culprit: anthropogenic climate change. As David Attenborough points out in his interactive series Great Barrier Reef, “The Great Barrier Reef is in grave danger. The twin perils brought by climate change – an increase in the temperature of the ocean and in its acidity – threaten its very existence.” One result of this process is what is known as “coral bleaching.” Coral has a symbiotic relationship with algae. Changes in ocean temperatures disrupt this relationship, causing coral to expel algae. When it does so, the coral becomes completely white. This is more than simply an aesthetic problem. The algae is a significant source of energy for the coral, and most of the time, coral does not survive bleaching. Devastatingly, this isn’t just a problem for the Great Barrier Reef — it’s a global problem.

One general category of approach to this problem is geoengineering, which involves using technology to fundamentally change the structure of the natural world. So, as it pertains specifically to the case of coral bleaching, geoengineering as a solution would involve using technology to either cool the water, lower the acidity levels, or both. For example, one such approach to rising ocean temperatures is to pump cooler water up from the bottom of the ocean to reduce surface temperatures. To deal with acidity, one suggestion is that we use our knowledge of chemistry to alter the chemical composition of ocean water.

Geoengineering has been proposed for a broader range of environmental issues. For example, some have suggested that we send a giant mirror, or a cluster of smaller mirrors, into space to deflect sunlight and reduce warming. Others have suggested that we inject sulfuric acid into the lower stratosphere, where it will be dispersed by wind patterns across the globe and will contribute to the planet’s reflective power.

Advocates of geoengineering often argue that technology got us into this problem, and technology can get us out. On this view, climate change is just another puzzle to be solved by the human intellect and our general propensity for using tools. Once we direct the unique skills of our species toward the problem, it will be solvable. What’s more, they commonly argue, we have an obligation to future generations to develop the technology that will give future people the tools they need to combat these problems. Preventing climate change from happening in the first place requires behavioral changes from too many agents to be realistic. Geoengineering requires actions only from reliable scientists and entrepreneurs.

Critics raise a host of problems for the geoengineering approach. One of the problems typically raised concerns the development of new technologies in general, but is perhaps particularly pressing in this case: How much must we know about the consequences of implementing a technology before we are morally justified in developing that technology? The continued successful function of each aspect of an ecosystem depends in vital ways on the successful function of the other aspects of that ecosystem. There is much that we don’t know about those relationships.  In the past, we’ve developed technologies under similar conditions of uncertainty; we tried to control the number of insects in our spaces through the use of pesticides to devastating and deadly affect. We don’t have a great track record with this kind of thing (as the phenomenon of anthropogenic climate change itself demonstrates). There is potential for good here, but also the potential for great and unexpected harm.

Another problem has to do with which parties should be responsible for implementing geoengineered approaches. Who should get to decide whether these approaches are implemented? All life on earth will be affected by the decisions that we make here. Should such decisions be made through a mechanism that is procedurally just, like some form of a democratic process? If so, representative governments might be the appropriate actors to implement geoengineered strategies. That may seem intuitively appealing, but we must remember that our actions here have consequences for global citizens. Why should decisions made by, say, citizens of the United States have such substantive consequences for citizens of countries that, for either geographic or economic reasons, are more hard hit by the effects of climate change? What about the sovereignty of nations?

An alternative approach is that entrepreneurs could pursue these developments. Often the most impressive innovations are motivated by the competitive nature of markets. This approach faces some of the same challenges faced by the governmental approach—it is counterintuitive that people who have primarily financial motivations should direct something as critical as the future of the biosphere.

Finally, critics argue that the geoengineering approach is misguided in its focus. What is needed is a paradigm shift in the way that we think about the planet. The geoengineering approach encourages us to continue to think about biosphere as a collection of resources for human beings to collect and manipulate any way that we see fit. A more appropriate approach, some argue, is for human beings to make fundamental changes to their lifestyles. They must stop thinking of themselves as the only important characters in the narrative of the planet. Instead of focusing on fixing what we break, we should be focusing on avoiding breaking things in the first place. Toward this end, they argue, our primary focus should be on reducing carbon emissions.