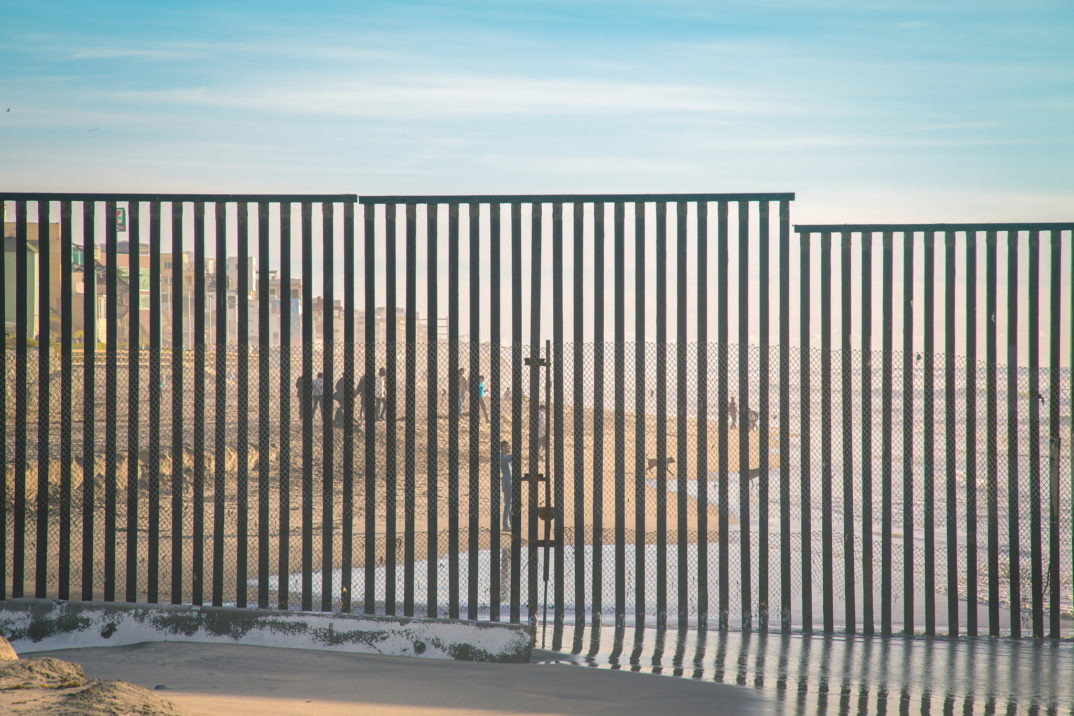 In recent weeks, President Trump’s administration has shocked both Americans and the international community by separating families of migrants and asylum seekers at the southern border. Two-thirds of Americans objected to these practices, many noting the likeness of forced separations and internment camps to the Third Reich. On June 20th, Trump reversed the policy with an executive order. The administration was subsequently mandated by federal judge Dana Sabraw to reunite families it separated within 30 days. However, reunification efforts will be a complex process.

The detainment and separation of young children from their families struck a chord. Many people recognized egregious moral violations in this practice. Among the protests and national outcry, a movement to abolish ICE has gained traction with support from such public figures as Samantha Bee and recent Senate candidate Chelsea Manning. Manning’s platform went so far as to propose an open border policy. While her Senate bid failed, Manning’s proposal is not so radical as it may appear. Philosophers like Michael Sandel are leading public debates on open borders.

The most common justification for selective borders come from political realism and arguments for state sovereignty. As political realism is less concerned with ethics than political theory, I will focus on other more recent normative — or how one should act — justifications for national borders (and the national interests they presumably protect).

The first normative perspective is communitarianism. Communitarian philosophy arose in critique of liberalism’s abstract individualism. Communitarians emphasize the role of particular societies in which individuals live. They argue, with some plausibility, the Hegelian insight that communities accord individuals meaning, identity, relationships and spheres of action. This philosophical perspective has a political cousin in local patriotism, grassroots movements, community organizing, and can also provide justifications for multicultural theory and policy. Collectivities, including nations, can shape and guarantee spheres of freedom for its inhabitants.

At the same time, there exist debased versions of communitarian discourses which communitarian philosophers would not endorse. The most notorious example of such was the Nazi ”Volksgemeinschaft” or ideal of a unified German national community united by race. Part of Trump’s base appears to have adopted a Nazi-lite version of Völkisch theory, articulated by alt-right spokesperson Richard Spencer’s ”white nationalism”. Trump’s well-documented racialization and criminalization of “illegal aliens” resonated strongly Spencer’s white nationalist following.

Charles Mills argued that, in fact, much of modern Western political philosophy is built on a contract for the creation and maintenance of whiteness. He identified in writers such as Kant evidence of a “racial contract”, designed to shape notions of citizenship and statehood exclusively for white access and in defense of white interests, while constructing the domain of the non-white (slaves, First Nations, and other colonized groups). Here in particular we can note the shaky foundations of colonial states’ claims to border sovereignty.

A second explicitly ethical tradition that can be used in defense of selective borders is utilitarianism: promoting the greatest happiness for the greatest number. A utilitarian could argue that a privileged nation should welcome as many refugees or asylum seekers as could be sustained with the quality of life maintained by the privileged state. Or, alternatively, a utilitarian could argue that the previous suffering or risk of the refugee is so extreme as to be necessarily improved by taking up residence in the new country. In either case, there would generally be an upper limit for the amount of happiness that the utilitarian is able to distribute in a welfare state.

An illustration of the challenge of limited resources appears in the ”Lifeboat Ethics” of ecologist Garrett Hardin. Hardin provides a simplified but cogent model of resource-conscious moral reasoning. Picture a lifeboat with capacity for sixty persons. A nautical disaster has occurred, leaving fifty people on board. One hundred more hapless souls struggle nearby to stay afloat on the ocean’s surface. Should (some of) these hapless souls be taken aboard? If so, why and under what conditions? How do we decide? Do the ones in the boat have a prior claim to the ones outside of the boat? Hardin’s example is illustrates a particular “hard choice” version of ethics in a world that is becoming an ecological catastrophe– not everyone can be saved. This approach was questioned in a later work by Diane Brzozowski (2003) which illustrated with real case studies that, on some occasions at least, it is possible to save many or all concerned.

Thus far, these defenses might arguably be used to limit immigration to some extent. But are they sufficient to limit havens for refugees and asylum seekers? What about when “Lifeboat Ethics” becomes more than a metaphor, and people’s lives or fundamental freedoms are at stake?

From some major ethical traditions, turning away people who face harm or risk in their home countries are never defensible. In the wake of World War II, the principle of non-refoulement (international law against the repatriation of refugees and asylum seekers) was established (though not strictly observed by Western states). Non-refoulement derives from the UN Declaration on human rights, enjoining state parties to commit to the dignity of individual lives and fundamental freedoms. ”Human rights’ discourses are examples of pure deontological ethics, i.e. universalizable laws that cannot be chipped away by expedience. Another example of an entitlements theory (though one more based in measurement of human welfare rather than in a legal notion of “right”) is the capabilities approach. Initially formulated by Amartya Sen, the capabilities approach was adapted by Martha Nussbaum specifically in response to limitations of Rawlsian liberal theory which limited states’ responsibilities within their own borders.

Other ethical perspectives which mandate taking responsibility for refugees and asylum seekers are humanitarian grounds. These include the cosmopolitan approach, named from an early Stoic conception of human beings as ”citizens of the world” rather than of individual states. Arguably, thinkers like Peter Singer (who discounts geopolitical difference as a ethically relevant factor in deciding whom to help) represent contemporary cosmopolitan ethics. Cosmopolitanism dictates that our obligations to others in need are not restricted to narrow local circles of concern. Another ethical tradition that is likely to include needy others outside one’s borders is “care ethics”. Carol Gilligan, the founder of care ethics, observed that that women exhibit a unique approach to responsibilities for others and selves in a relational model, an alternative to both deontological and consequentialist ethics narrowly conceived.

One of the most parsimonious ethical theories lies in one simple principle: the harm limitation. While best known under John Stuart Mill’s articulation that one’s range of freedoms is limited by ensuring a like freedoms for others, it also appears in thinkers such as Pufendorf. A more stringent version of the harm principle is seen in the “negative duty” argument taken up by some ethical philosophers. We have an obligation not to harm others by our actions or our negligence. Thus, for example, Thomas Pogge would argue that we have a negative duty to not cause global poverty by our participation in an unjust international economic order. Taken in this broad perspective, there can be many circumstances in which Western countries are directly or indirectly responsible for the harms that refugees and asylum seekers face, as Matthew Gibney points out in his book, “The Ethics and Politics of Asylum” (Cambridge 2004). Thus, if a country has an outsized portion of responsibility for global warming by causing the most carbon emissions, they are responsible for the consequences that are borne by more geographically vulnerable states and the consequent surge of refugees. Similarly, if one nation covertly installed a dictator or encouraged armed conflict, there is a direct causal relationship of harm in those who seek refuge from conflict or persecution. Gibney also argues that partial responsibility can occur (Pogge’s example of participating in an unjust economic order that creates victims and winners could be one example).

But let us imagine us a case in which the privileged destination state is assumed to be wholly uninvolved in the miseries faced by the refugee or asylum seeker. Are they responsible for the ensuing harm if they dismiss the harassed individual or family at the border? By definition, a refugee and an asylum seeker have little options. It appears that President Trump’s administration’s confessed policy of family separation as deterrence is explicitly intended harm: deter asylum seekers by making their arrival in the US as horrific as the situation they left behind. In this case, they are obviously introducing more harm into the lives of these individuals and families seeking refuge, and have justly raised international outcry. But what are genuinely ethical ways to respond to refugees and asylum seekers, supposing there to be a limited lifeboat? Is it time to abandon both the narrowly nationalist and lifeboat perspectives to realize that we are all in this together?

This question will only become more serious as Western states contend with the rapidly changing global climate and the effects of the international economic order, with all the political and ecological ramifications of a vastly unequal neoliberal globalism. It’s clear that we need forward-thinking, ethical leadership. Instead of turning the clock back to 1939, we need to confront the challenges of the 21st century critically and openly.