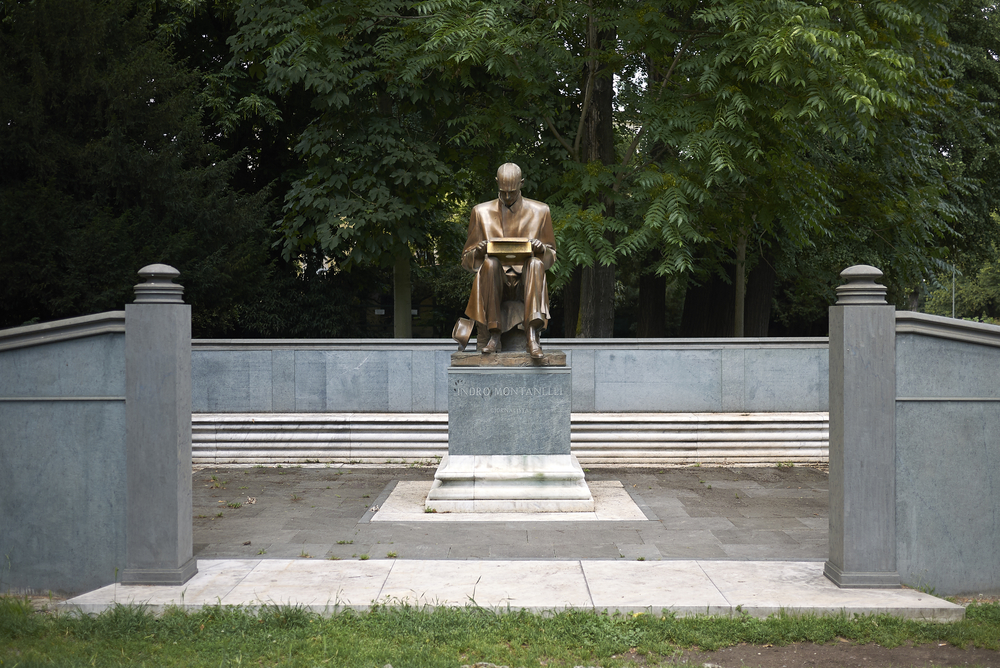 Following the death of George Floyd, protests led by the Black Lives Matter movement have resulted in the removal of statues across the United States built in honor of controversial figures. The United States has not been unique in confronting its troubled past. In Bristol, the statue of Edward Colston, a 17th-century slave trader, has been torn down. In Belgium, the statue of King Leopold II, who has been estimated to have murdered approximately 10 million people while ruling Congo, has been covered with “BLM” signs and subsequently removed. In Italy, controversies have surrounded the monument built in honor of Indro Montanelli, an influential journalist from the 30’s whose reputation has been repeatedly haunted by his associations with the colonization of Africa during the Fascist regime. The statue, built in Milan in 2006, has recently been covered with paint, yet unlike its European counterparts, the monument has been cleaned by the Mayor who refuses to remove it.

The controversies surrounding Montanelli’s statue stem from his role in the Fascist colonization of Africa in 1935. Then 24, Montanelli voluntarily joined the fascist occupation and soon after arriving in Ethiopia he went on to marry a 12-year-old girl from the village. As Montanelli recalls the story in an interview from 2000, he “leased” the girl, whose name he claims to be Destà, from his father. Montanelli’s actions have been harshly condemned, and protesters have surrounded his statue with signs that call him “racist” and “rapist.” But why the decision to clean the monument and refuse to remove it?

One of the arguments against the removal of the statue is that doing so would have the consequence of erasing part of Italy’s history. Montanelli founded the conservative daily Il Giornale in 1973, worked several years for the daily Il Corriere Della Sera, as well as collaborated with the United Press in New York. Mariastella Gelmini, leader of the right-wing political party Forza Italia, claims that Montanelli was responsible for playing a crucial role in journalistic history, and perhaps even within the country’s, so the statue should stay in order to preserve Italy’s past. The fact that Italy takes particular pride in its millennial history, has given these claims considerable traction.

The argument however hinges on the premise that monuments play a role in communicating shared history. Yet statues do not seem to have a historical function, but an honorific one. We do not learn history by contemplating monuments, instead we learn history through the traditional tools that are meant to pass it on (let these be books or lectures or testimonies). It is because we already know history, that we decide to build monuments that commemorate it, not the other way around. To illustrate, consider the following example: In the small beach town of Anzio, approximately 1-hour from Rome, there is a statue that depicts a girl walking surrounded by seagulls. The monument was built in honor of a 5-year-old called Angelita who, during the Second World War, was found during the Battle of Anzio by the Scottish soldier S.C. Hayes of the Royal Scots Fusiliers walking on the beach, frightened by the bombings. She later died in Hayes’ arms. In 1979, the city of Anzio decided to build the monument in Angelita’s memory. Yet the statue is not particularly informative. It only shows Angelita’s name without explaining why the statue was built. Would anyone be able to learn Angelita’s story simply by contemplating the monument? No, the statue does not teach any history. On the contrary, it is because one already knows Angelita’s story that one is able to grasp the meaning of the statue. It is unclear then how history would be erased if the statue was removed.

Another argument in favor of keeping Montanelli’s statue is that his actions do not justify the removal of his monument because they should be properly contextualized. In 1969, during a famous talk show, Montanelli himself specified that in marrying Destà (and consummating the wedding) “no violence” was exerted because, “in Africa it was another thing.” What Montanelli is hinting at is that in Ethiopia marrying girls of Desta’s age was considered perfectly legal. When pressed by Elvira Banotti, a feminist activist, he admits that marrying a 12-year-old girl in Europe would be illegal, but because such a marriage is permitted in Ethiopia his actions are above reproach. But this confrontation fails to address the elephant in the room: the philosophical distinction between explanatory reasons and justificatory reasons. An explanatory reason helps to make sense, psychologically, of why someone is motivated to act in a certain way. A justificatory reason, on the other hand, provides argument as to the rightness or wrongness of an action. If, for example, you accidentally step on my foot, the pain may explain my angered reaction towards you. But it does not justify my anger — that is, my explanation does not make that action right. Similarly for Montanelli, the fact that in Ethiopia it was permissible to marry a 12-year-old girl may provide an explanatory reason for what Montanelli did, but not a justificatory reason.

But, one might wonder, isn’t the legality of the action enough to justify Montanelli’s behavior? This raises an interesting issue about the relationship between the legal and moral domain. What is legal (or illegal) often does not overlap with what is moral (or immoral). Betraying a friend may be immoral, but it is not illegal. Similarly, one may believe that smoking marijuana, which is illegal in many countries, is not immoral. If one thinks that smoking marijuana is only a legal issue (and not a moral one), then geography will make a big difference. Moving from the United States to Canada (where smoking marijuana is legal), for instance, might change one’s situation. But the same does not work for actions that are illegal and also immoral. Torturing kittens for fun is illegal and arguably immoral. If you moved to another country where it was legal, would you engage in said practice? No, if you genuinely think that torturing kittens for fun is morally wrong. That is, if you internalize wrongness of that action, and by ‘internalize’ I mean that the wrongness of that action speaks to you, then that action is immoral regardless of its geography. Given this, we should reflect on why Montanelli immediately after moving to Africa decided to marry a 12-year-old girl which in Italy not only was illegal but also arguably immoral. The quickness and ease in which he married a 12-year-old girl raises questions, and doubts, about whether he regarded the action as genuinely immoral instead of merely illegal.

“Lives Should be Judged in their Complexity”

Even if his actions were wrong, Milan’s mayor, Giuseppe Sala, claims that Montanelli’s life should be judged in “its complexity.” After all, Sala insists, “when we judge our own lives, can we say that ours is spotless?” But even if we assume for the sake of argument that we should judge lives in their totality, this seems to be an argument in favor of the statue’s removal rather than against it. The statue of the journalist, which depicts him at his typewriter, captures only an isolated frame of his life. Doing justice to his life’s complexity would require also doing justice to Destà’s story, which has instead been obscured. Thus, a statue that represents only one aspect of Montanelli’s life is not a statue that should stay, precisely because, as the mayor says, it fails to represent Montanelli’s life in all its complexity. That our statues fail to tell the whole story of the characters they depict is not uncommon. And, as philosopher Joanna Burch-Brown argues, the removal of statues can express a “commitment to tell the full truth about its problematic history.” Milan’s mayor may not see the statue as being built because of Montanelli’s crimes in Africa, but keeping it in spite of those crimes, does not address the problem. The situation demands a justification for why the crimes Montanelli committed are not sufficient to outweigh the reasons for keeping the statue.

The arguments discussed here are not unique to Montanelli’s case but can be generalized to how we treat monuments and statues. Our assessment of honorific monuments must take into consideration the messages these might send, even when these are unintended. In line with this reflection, we should keep in mind that those historical figures we choose to honor should be people we can all look up to. 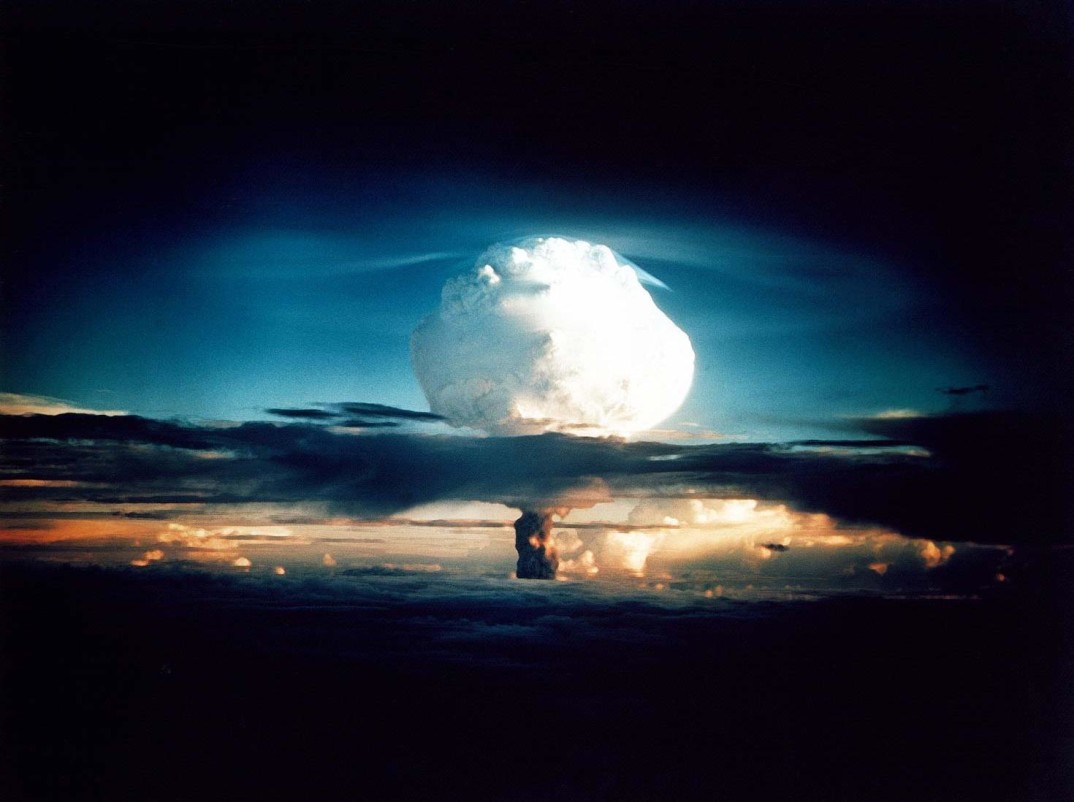