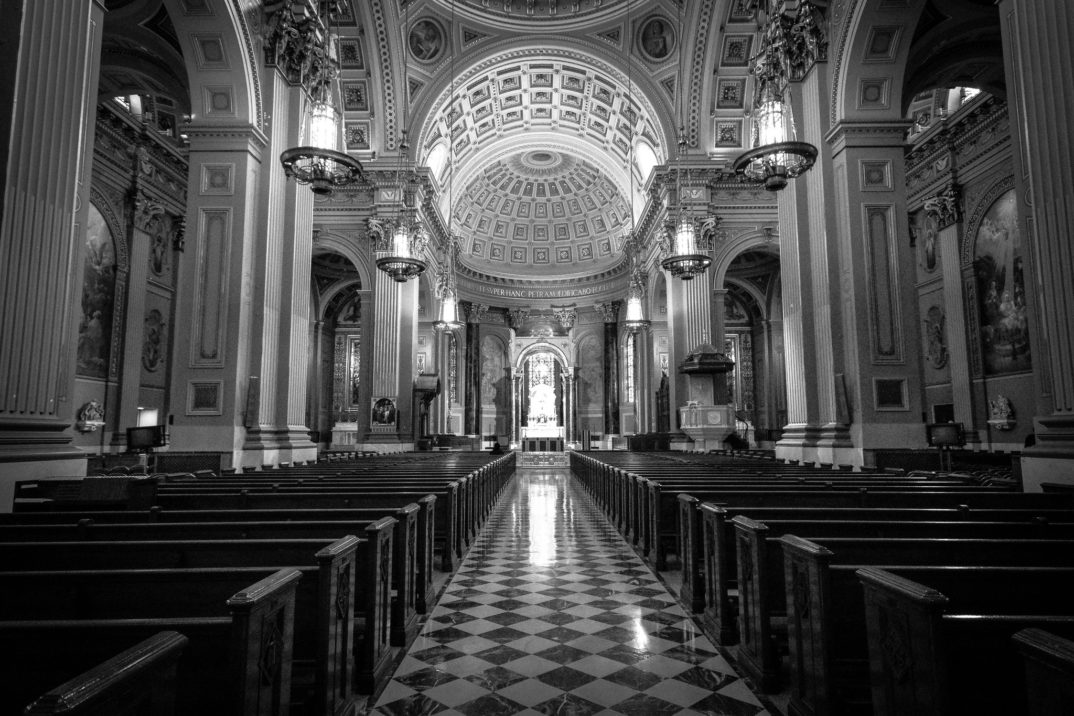 Much has been written about the recent grand jury report revealing both an epidemic of extreme sexual abuse among Roman Catholic parishes in Pennsylvania and a conspiracy by church leaders to quietly cover up the crimes. The numbers are shocking: over 300 priests across 54 counties abused more than 1000 victims over the course of at least 80 years. Of course, sexual assault of any stripe is abhorrent, yet the moral hypocrisy evident in this case makes this story particularly cruel. Not only have the “predatory priests” damaged a thousand immediate victims, but the ripple effects of their decisions to twist their respected social positions into such corrupted outlets for their own selfish evils will inevitably taint the faith of a generation of Roman Catholics or more.

Indeed, it is bad enough to be a victim of injustice, but when the crime is performed by one who claims a position of moral authority, the injustice is multiplied. One can do wrong without being hypocritical, but one cannot be a hypocrite without doing wrong; in fact, hypocrisy typically compounds the painful consequences of evil.

In chapter two of her 1963 book On Revolution, German philosopher Hannah Arendt dubs hypocrisy “the vice of vices” on the grounds that it is inescapably indefensible. Any other vice, she argues, could feasibly be justified from the right perspective, but hypocrisy alone is bereft of any possible integrity: “Only crime and the criminal, it is true, confront us with the perplexity of radical evil; but only the hypocrite is really rotten to the core.”

On one level, being a good person – and being known for being a good person – affords an individual certain social benefits. Moral hypocrisy amounts to a person attempting to get those benefits without actually being the moral person they appear to be. In many cases, moral integrity requires some level of self-sacrifice; if a person can receive acclaim for being self-sacrificial without actually sacrificing anything, then that person selfishly comes out ahead. However, to do so means not only committing to being a moral hypocrite, but also to committing additional immoral acts such as lying or threatening those who know the truth to hide your secret. Once revealed, the moral hypocrite’s victims are not limited only to those affected by their explicit crimes: the dissonance suffered by those whom the hypocrite played for fools must also be considered.

And perhaps the most rotten hypocrites of all are those who pretend to be moral while hiding their sins and set out to publicly condemn others.

In his 1831 novel The Hunchback of Notre Dame, Victor Hugo introduced the world to the villainous Claude Frollo, the respected archdeacon of the famous French cathedral whose obsession with pious chastity gives way to an uncontrollable lust for the beautiful Esmeralda. By the end of the novel, Frollo’s bitterness has led him to betray his surrogate son, stab Esmeralda’s lover, and even turn Esmeralda herself over to be executed for a crime that Frollo committed simply because she continues to reject his advances. When Frollo himself is pushed over the edge of Notre Dame’s roof, the average reader feels little remorse for the death of the spiteful hypocrite.

In the case of most moral hypocrites, the problem is twofold: firstly, the hypocrite has committed an immoral act; secondly, he has simultaneously lied about and/or hidden that act, while also unjustly receiving moral praise from his peers. In Frollo’s case, the problem is threefold: he has committed a crime, he has hidden it, and he continues to publically crusade against others who are guilty of the same crimes.

Consider the perspective of one of Frollo’s fictional parishioners: they may agree with Frollo’s condemnation of sexual licentiousness, even once they discover that Frollo himself is guilty of that very act. On one hand, Frollo’s public words are correct; on the other, Frollo’s private actions are not – to try and make sense of such a disjunction can be remarkably unsettling. How can one easily reconcile the familiar picture of a respectable leader with the new knowledge that the person was dishonestly putting on a show for the public? Such lies cast a pall over Frollo’s entire public persona, calling into question even those things that most people would otherwise take for granted. This means that Frollo’s crimes are not limited only to his violent assaults on Esmeralda or Phoebus; the angst that his moral hypocrisy would force upon innocent observers is an additional wrong that complicates a situation already dripping with moral hazards.

On some level, studies suggest that most people are guilty of hypocrisy on some level. One experiment performed at the University of Kansas in the late 90s asked individuals to privately choose between doing two tasks: both tasks were left vague, but one was described as boring with no reward while the other would offer the person a chance to win a prize in a raffle. The subject was told that she could select which task she would be assigned and which task would go to her unseen counterpart; in 70-80% of cases, the individuals assigned themselves the raffle-eligible task and gave the boring one to the stranger.

However, many moral hypocrites willfully admit their limitations (in the Kansas study, for instance, cheating subjects routinely ranked themselves as having done something immoral at the end of the experiment). Perhaps this suggests that the ambiguity in many moral cases allows for some degree of natural forgiveness to be reasonably extended to fallible agents; to claim a form of moral infallibility, as Frollo does when speaking of morality from the position of a teaching authority, inversely changes an observer’s willingness to forgive a hypocrite.

The fallout from the Pennsylvania Sex Abuse Scandal has already led to responses from Catholics around the country as they have renamed schools, implemented new policies, and gathered to commiserate with loved ones after learning that beloved religious leaders were hiding horrible secrets. As if the monumental pain of sexual abuse alone was not horrible enough to force upon a community, the hypocrisy of these priests has sown seeds of mistrust, doubt, and fear to corners far beyond the Pittsburgh parish. Now, reports have begun to leak out that the Vatican and even Pope Francis himself may be implicated in the cover-up; facts that, if true, will only increase the waves of pain sent around the globe because of this horrendous scandal.

Although Frollo was trying to describe himself, his words in his final scene with Esmeralda ironically fit the victims of moral hypocrisy – both his and others’ – far better: “I bear the dungeon within me; within me there is winter, ice, despair; I have night in my soul” (Book VIII, chapter four).