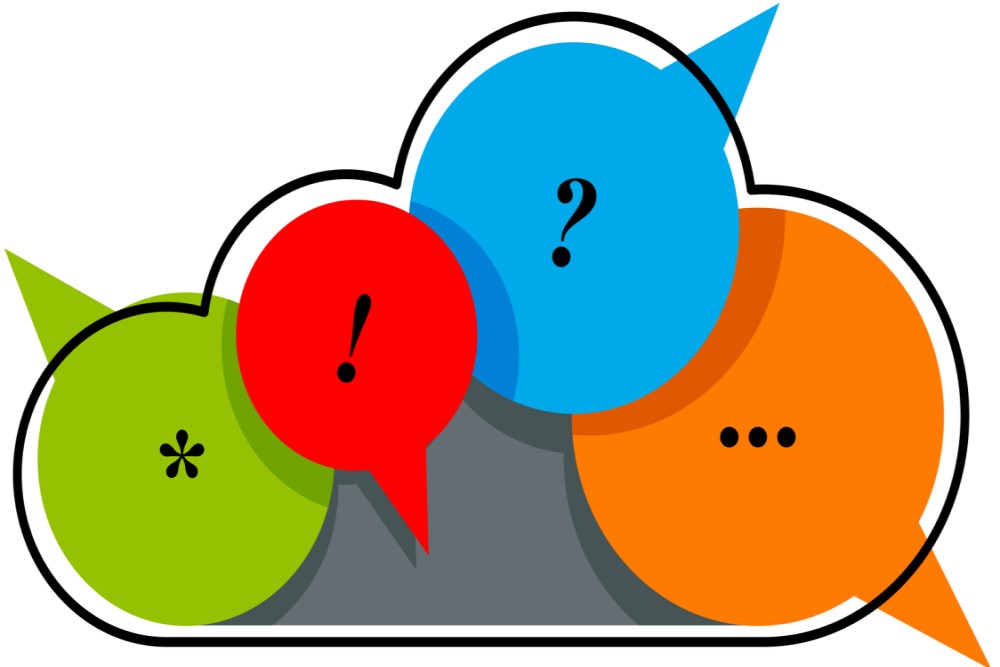 In June of 2021, Nigerian novelist Chimamanda Ngozi Adichie posted a short essay titled “It is Obscene: An Essay in Three Parts” on her website. Adichie, author of award-winning books like Americanah and We Should All Be Feminists, was famously featured in the Beyoncé song “Flawless,” reciting a basic outline of feminist thought between the pop singer’s verses. Adichie’s essay explores her relationship with two former students, who she frames as poisoned by online cancel culture. She laments that her students (and many young people like them) possess

“an ease with dishonesty and pretension and selfishness that is couched in the language of self-care . . . language that is slick and sleek but with little emotional intelligence; an astonishing level of self-absorption; an unrealistic expectation of puritanism from others . . . a passionate performance of virtue that is well executed in the public space of Twitter but not in the intimate space of friendship.”

Though the two students are unnamed, the second student was quickly identified as writer Akwaeke Emezi, a young novelist who accused Adichie of transphobia on Twitter. Emezi, a non-binary writer whose debut novel Freshwater was critically acclaimed, has written extensively on black trans identity through fiction and memoir alike.

It’s a bit reductive to label this a “feud,” though many news sources (like NPR, to name one) have succumbed to the temptation. There is clearly animosity between the two parties, but “feud” implies something entirely personal, even petty. While their personal history does come up in Adichie’s essay, it’s more accurate to say that Emezi and Adichie embody diametrically-opposed moral stances towards cancel culture, an opposition partly rooted in a generational divide.

While many have applauded Adichie’s essay, accusations of transphobia have taken over the conversation about her piece. Some wonder if her essay is a smokescreen, an attempt to deflect attention from Emezi’s original condemnation of Adichie’s brand of feminism. Has “Condemning cancel culture has become a reliable way to obscure transphobia,” as writer Aja Romano suggests in their article on Adichie for Vox?

Adichie summarizes her controversial stance on trans women in a 2017 interview. She said in a response to a question about trans identity,

“When people talk about, ‘Are trans women women?’ my feeling is trans women are trans women. But I think if you’ve lived in the world as a man, with the privileges the world accords a man, and then sort of change—switch gender, it’s difficult for me to accept that then we can equate your experience with the experience of a woman who has lived from the beginning in the world as a woman and who has not been accorded those privileges that men are.I don’t think it’s a good thing to conflate everything into one. I don’t think it’s a good thing to talk about women’s issues being exactly the same as the issues of trans women. What I’m saying is that gender is not biology. Gender is sociology.”

While some of these points are generally accepted (trans women indeed have different experiences from cis women), her response has been described as alarmingly close to TERF ideology. Not all trans women possessed much in the way of privilege before their transition, especially if they are people of color. Adichie has also faced criticism for an article she wrote defending J.K. Rowling, who peddles blatantly transphobic rhetoric in the guise of promoting gender equality. At the same time, many critics of Adichie have ascribed bad-faith motivations to Adichie’s actions where there seem to be none. For example, Adichie has come under fire for releasing her essay during Pride Month, even though Pride celebrations are still largely non-existent in Nigeria, and it’s unlikely that timing was a factor here. It’s also worth noting that TERFs tend to be more prominent in first-world countries, where the “feminism” part of the acronym is more palatable. In Nigeria, even garden variety feminism is considered suspect, let alone radical feminism. “Feminist” is less of a neutral descriptor than an insult in most parts of the country, as explained in an article for The New York Times, and many women still struggle to access their most fundamental rights. While she claims in the essay that she actively supports trans rights, the issue may seem alien or extraneous to Adichie. Her cultural background hardly excuses transphobia, but it’s important to consider that not everyone will be fluent in the occasionally dense and ever-changing vocabulary of trans issues in online spaces.

“[Emezi] knows me enough to know that I fully support the rights of trans people and all marginalized people. That I have always been fiercely supportive of difference, in general . . . Of course she could very well have had concerns with the interview. That is fair enough. But I had a personal relationship with her. She could have emailed or called or texted me. Instead she went on social media to put on a public performance.”

Claiming to support trans people and actually doing so are two different things, and she continuously misgenders Emezi, who has identified as non-binary for years. But there is still value in her larger point; what purpose did Emezi’s tweet serve? If the goal is to start a productive dialogue with someone and hopefully influence their views, is calling someone out on Twitter the most effective way to go about it? It’s unreasonable to ask trans people to educate every single transphobe they encounter, but in this case, the two had a pre-existing relationship, and as Adichie points out, Emezi could have used that as an opening.

At one point in the essay, she describes Emezi’s tweet as a “a public insult,” which succinctly gets at the problem with public shaming. We interpret such accusations as an attack, an insult; we experience a sense of powerlessness, especially if we aren’t media savvy, which may corner the accused into doubling down on their problematic views, shutting down a conversation before it can even begin. The performative brand of online wokeness Adichie dislikes requires a certain kind of knowledge, a list of phrases to be trotted out without any meaningful discussion of what those phrases mean. While most of this is well-intentioned, it can create echo chambers and ideological rigidity. Twitter, which is generally very American-centric, relies on a knowledge of this vocabulary that often excludes well-meaning older people, ESL folk, and those who aren’t from the West. At its worst, it encourages a culture of hostility to questions made in good faith.

“There are many social-media-savvy people who are choking on sanctimony and lacking in compassion, who can fluidly pontificate on Twitter about kindness but are unable to actually show kindness . . . People for whom friendship, and its expectations of loyalty and compassion and support, no longer matter. People who claim to love literature – the messy stories of our humanity – but are also monomaniacally obsessed with whatever is the prevailing ideological orthodoxy. People who demand that you denounce your friends for flimsy reasons in order to remain a member of the chosen puritan class.”

Some of this may seem extreme, and it’s worth critiquing the conflict with Emezi at the root of this essay, but we should answer her call for nuance, and grapple with both the good and the bad in her piece. Deplatforming her, as Emezi has called for, only aggravates an already massive generational divide and saps humanity from online spaces. 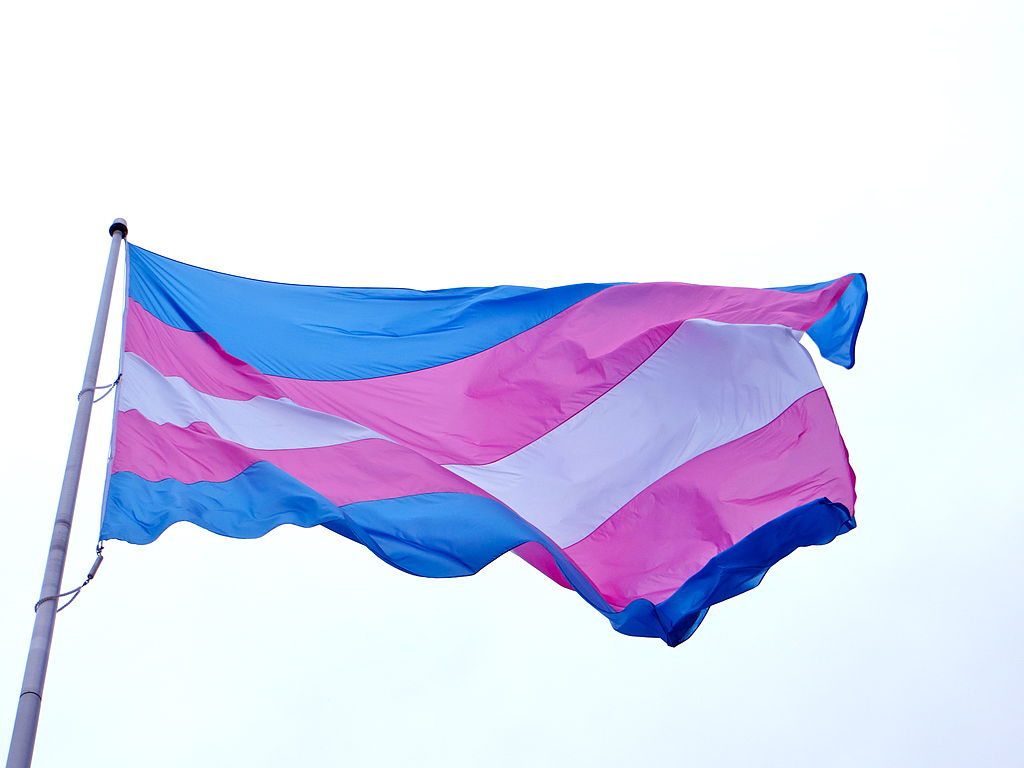 Chimamanda Ngozi Adichie is known for advocating an understanding of feminist values that is inclusive and diverse. Race and gender play important roles in her largely personal works. Best-selling author of “Americanah” and “We Should All be Feminists,” she emphasizes that fundamental to feminism is that “’because you are a girl’ is never a reason for anything,” and that, “I matter. I matter equally.” Her focus in much of her writing, especially in her latest project, “Dear Ijeawele, or A Feminist Manifesto in Fifteen Suggestions,” is how to raise a daughter and that feminism is a project that binds mothers and daughters (she discusses the shaming dialog with her mother surrounding her first period, for instance).