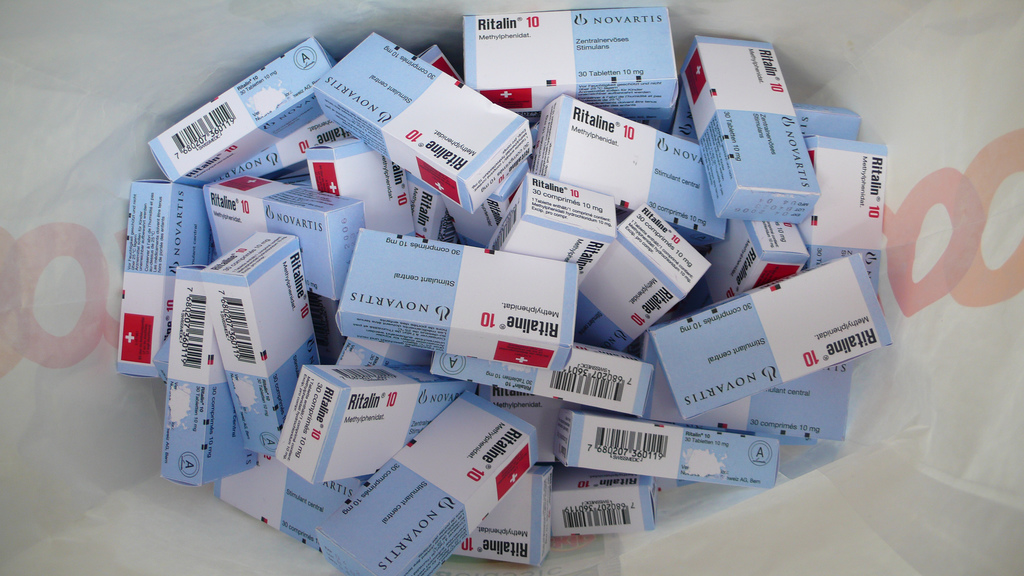 In July 2018 the journal Nature reported that the use of cognitive enhancing drugs – or CEDs – have steadily been on the rise. Colloquially referred to as “smart drugs” or “study drugs” due to their ability to enhance memory and concentration, they are properly classified as nootropics, a class of drug that contains popular CEDs like Adderall and Ritalin. While these drugs are common and often effective treatments for ADHD, university students are more and more frequently using them illicitly. There is little wonder why: university can often be exhausting, competitive, and stressful, so it is unsurprising that students would seek out a boost in cognitive power when dealing with that upcoming lengthy assignment, or studying for that difficult exam.

Nature also reports that while in the past students may have predominantly relied on the prescriptions of their friends to acquire such drugs, it is becoming significantly easier to buy them online. Any quick Google search will confirm this fact. When researching CEDs for this article, for instance, I came across many advertisements that promised cheap and effective nootropic drugs, delivered to my door in a timely fashion. For example, “Mind Lab Pro” was featured prominently at the top of my search results, a product which brands itself as the “first universal nootropic” and is “formulated to promote a healthy, peak-performing mindstate [sic] known as 100% Brainpower™.” What more could you want?

If you think that all sounds too good to be true, you might be right. As Nature reports,

In addition to concerns about the efficacy and safety of using drugs that weren’t specifically prescribed for you, many have raised ethical concerns surrounding student use of CEDs. Putting the potential health risks aside, we can ask: is it ethically suspect to use CEDs as a student?

As is the case with many real-life moral questions, there are a number of arguments on both sides of the issue. The first concern is that using cognitive enhancing drugs to get better grades on exams and assignments constitutes a form of academic dishonesty. Some have compared the used of CEDs to the use of PEDs – namely, performance enhancing drugs – in sports: just as the use of steroids is often considered a form of cheating at sports, so, too, might we think that the use of CEDs should be considered a form of cheating at school. This is certainly how the The President’s Council on Bioethics consider the use of CEDs, which called academic accomplishments aided by the use of CEDs “cheating” at worst, and “cheap” at best.

If the use of CEDs is, in fact, cheating, then ethical considerations would certainly speak against their use. However, critics of this argument often point out that there are many popular forms of cognitive enhancers, the use of which is not considered cheating. Caffeine, for example, has noticeable cognitive benefits, but drinking a cup of coffee is not considered a form of cheating, even if being caffeinated played a crucial role in one’s academic accomplishments. Why, then, should it be any different for CEDs?

There are a couple of reasons why we might think that the use of CEDs is more morally problematic than the use of more widely accepted stimulants like caffeine. First of all, we might think that while anyone can buy coffee practically anywhere, access to CEDs is much more restricted. It might then be unfair to use CEDs: we might think that it is morally suspect to take advantage of a drug that can improve one’s cognitive performance if not everyone has the same kind of access to the drug.

However, it is undoubtedly the case that students have different levels of access to things that enhance their cognitive performance in ways that are generally not seen as problematic. For instance, the fact that I may not have to work during the school year, but you do, will no doubt put me at a cognitive advantage, given that I have more time to study, sleep, and relax. But it is not obvious that I am doing anything morally problematic by using those advantages.

A more general ethical concern with using CEDs is that using them creates an uneven playing field. As we’ve seen, one way that the playing field can become uneven is due to differences in access. The other way is the simple difference in cognitive abilities that result from the use of CEDs: it seems unfair that some people should get a boost in abilities that others do not. Again, we can see how the use of CEDs might be compared to the use of PEDs: it doesn’t seem fair that I should have to compete with someone who is using steroids in order to a get a spot on the team.

But again, there is reason to think that this kind of unfairness is not necessarily morally problematic. Here’s an argument as to why: the fact is that students are not on an even playing field with regards to their abilities regardless of their use of cognitive enhancing drugs, so the mere fact that CEDs may contribute to an uneven playing field is not in itself good enough reason to think that we shouldn’t use them. For example, say that we are both studying for an exam for a class that is built around memorization of facts from a textbook, and that your memory is significantly better than mine. We are clearly playing on an uneven field, but there is nothing morally problematic about you using the superior abilities that you have. Again, this is just one example out of potentially many: cognitive abilities amongst students may vary significantly, but this kind of unevenness does not seem to entail any particular ethical concerns.

Finally, one might worry that successes aided by the use of CEDs do not constitute genuine academic achievements, either because of the above concerns about cheating or using an unfair advantage, or because such accomplishments are not truly due to the abilities of the students themselves. We might think that in order for one’s accomplishments to have value, or to contribute to the strength of one’s character, that they should be solely the product of the individual, and not the individual on drugs. For example, consider a runner who wins a race, but only because they had a particularly strong gust of wind behind them the entire time. We would probably diminish their accomplishment somewhat, because we might think it wasn’t really them that was fully responsible for winning. Similarly, we might think that the continuous reliance on CEDs is a sign of poor character: we would not think that a runner who only ran races with a strong tailwind were particularly virtuous runners.

There is one more general ethical concern about the prevalence of CED use, namely that widespread use risks establishing a new status quo. As Nicole Vincent and Emma Jane at The Conversation argue, with increased CED use and acceptance we might create a future in which such use becomes expected – i.e. that the nature of certain types of employment will become such that they can only be performed in a satisfactory way if one uses cognitive enhancers – but also that one might be held responsible for failing to use CEDs when doing so would improve their results (Vincent and Jane provide an example of a surgeon whose focus could be enhanced by used of CEDs, and could be found negligent if they choose not to use them).

Proponents of CED use, however, might not find such consequences to be particularly troubling. Indeed, just as coffee consumption has become commonplace and accepted, so too might the use of CEDs. And if there’s nothing wrong with having a morning cup of coffee, then what’s wrong with having your morning Ritalin?

The debate over the ethical implications of CEDs, then, is messy. Regardless of the kinds of arguments you find most convincing, though, it seems clear that, in addition to general health concerns about using drugs that weren’t prescribed to you, that there are significant ethical concerns that one needs to consider before attempting to achieve anything approaching “100% Brainpower”.