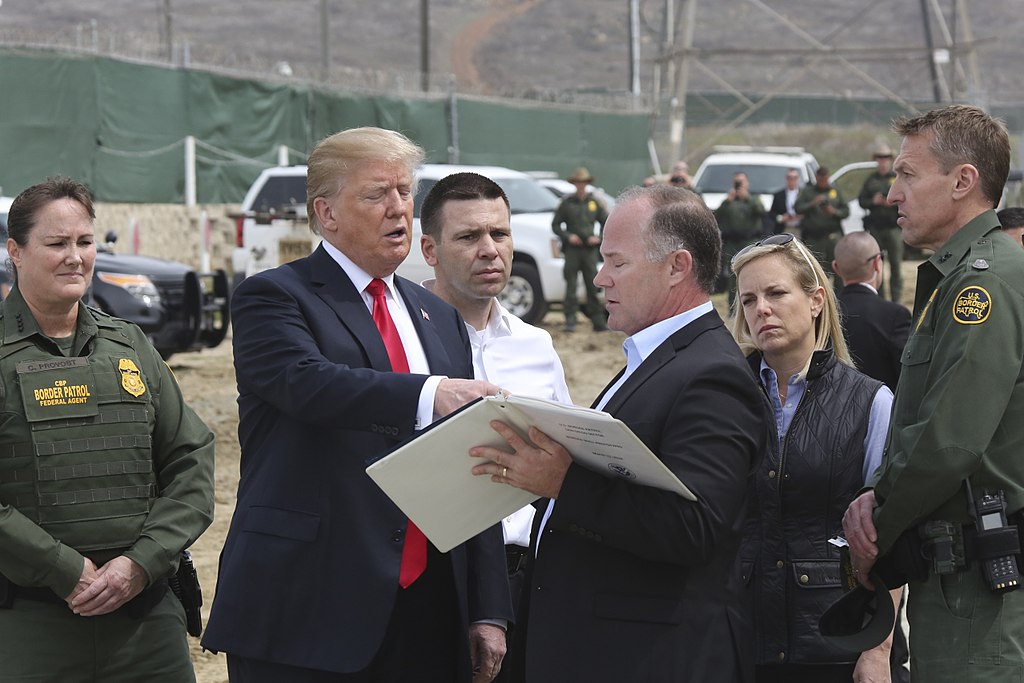 As of the writing of this story, the federal government has been shut down for just over forty hours; similarly, as of now, the GoFundMe campaign attempting to raise money for President Trump’s wall across portions of the southern border of the United States has raised over $16 million after just six days of funding (differing considerably from the president’s proposed plan of Mexico’s paying). Much has already been said about the current administration’s unusual inability to accomplish its agenda, despite its party controlling the White House and both chambers of Congress; much has also been said about the irresponsibility of a nearly-unprecedented third government shutdown in one calendar year (particularly in the face of a unilaterally controlled Congress and the impending holiday); and much more has been said of the ill-conceived nature of the “Border Wall” itself (whether concerning its cost, its desirability, its efficacy, or its morality). I aim to discuss none of that.

Instead, I want to argue that, regardless of whether the so-called “Border Wall” is a good idea on its own terms or not, it is morally inexcusable to give a charitable donation to fund its construction; at this point, nearly one million people appear to disagree with me (judging from the minimum estimable number of times that the GoFundMe’s site has been shared). Put bluntly: if you are able to give money to charity, then there are only bad reasons to donate to this one rather than to others.

There’s a popular philosophical thought experiment that helps to illustrate the choice of humanitarian aid: imagine that while you are on your way to work or school you must pass by a shallow pond. One day, you see that a child has fallen into the pond and is drowning; you can easily rescue the child without putting yourself in any physical danger (you are much taller than the water level and also know how to swim), but if you move to do so, you will ruin your shoes (or cell phone, or some similarly valuable item) and perhaps make yourself late to wherever it is you are going. Do you believe that you have a moral obligation to, nevertheless, help save the child, even at the expense of your shoes? Many people will, unthinkingly, answer ‘Yes,’ to such a question – we tend to value human life over things like possessions or schedules.

What, then, should we think of the child who is drowning in a shallow pond that is not directly in front of us – say, one in the war-torn landscape of Syria or the water-stricken neighborhoods of Flint, Michigan? If we are able to act in a way that is similarly inconvenient to our possessions or schedules at the cost of saving a child’s life, how could the geographical location of that child bear any weight in the moral calculus? In the words of Peter Singer, “we are all in that situation of the person passing the shallow pond: we can all save lives of people, both children and adults, who would otherwise die, and we can do so at a very small cost to us: the cost of a new CD, a shirt or a night out at a restaurant or concert, can mean the difference between life and death to more than one person somewhere in the world – and overseas aid agencies like Oxfam overcome the problem of acting at a distance.”

It is indeed possible to criticize the utilitarian assumptions behind Singer’s argument in an effort to deflect a conclusion which obligates charitable action, but if you are already committed to donating your money somewhere, then such criticisms are irrelevant to you. That is to say, if you are already willing to get your shoes wet, then you are already on board with Singer’s basic point.

As far as I can tell, there are essentially two reasons why you might want to donate to the “Border Wall” GoFundMe campaign:

(Again, I am taking for granted that the “Border Wall” itself is morally unquestionable; a premise I could not possibly hope to defend, but simply assume for the sake of argument.)

Therefore, the “Border Wall” GoFundMe conundrum offers an extra wrinkle to the pond scenario: imagine, now, that there are two children in need of your help: the first is about to drown as before, but the second is older, knows how to swim, and is merely in danger of muddying his own shoes. If you are willing to act, but only able to save one, in what world could it possibly be better to help the second rather than the first? This is essentially what you are doing if you ascribe to option (2) from the above paragraph; if you instead prefer option (1), then you are simply denying (against the evidence of your own eyes) that there is any second child to even consider.

Surely, there are many different, well-established aid organizations that could put $16 million (and counting) to demonstrably better use. The drowning child in this scenario could be long-established relief efforts in Afghanistan or Syria, malaria prevention in sub-Saharan Africa, eye care programs in nearly two dozen countries, or even just your local food pantry preparing to help feed your city’s unhoused population a Christmas dinner. Despite frequent cries that “veterans should be helped first,” this campaign is not directed to the Wounded Warrior Project, the Fisher House Foundation, the Semper Fi Fund, or any of the other nonprofit groups geared towards helping members of the military and their families in need. The many victims of the  hurricanes in Puerto Rico and the continental Southeast could certainly benefit from these funds and, it’s true, Flint still does not have clean water.

So, even if we grant that a “border wall” would do what its supporters want (which it wouldn’t, but, again, that’s beside the current point), the idea that hundreds of thousands of donations should be directed towards such a wall’s construction cannot be affirmed without tacitly claiming that all of these other causes (and many more) are less important. That is to say, you cannot donate your money to the #BorderWall GoFundMe campaign unless you are willing to agree that it is, in fact, the most important current charitable need – a proposition which is, clearly, false.

Because it’s one thing to argue about whether hurricane relief or veteran’s medical bills better deserve your money, but both are a level of need apart from hollow attempts to salvage broken campaign promises by a politician whose term is swiftly coming to a premature end. Either we must conclude that all $16 million was previously earmarked by its owners to be donated somewhere else or that it was not originally intended to be donated at all: neither of these options entails that diverting the money towards the “Border Wall” is morally commendable. If you are willing to donate your money, it is better to help those currently suffering than to cast it hopefully towards the promise of constructing a toilet paper tiger.