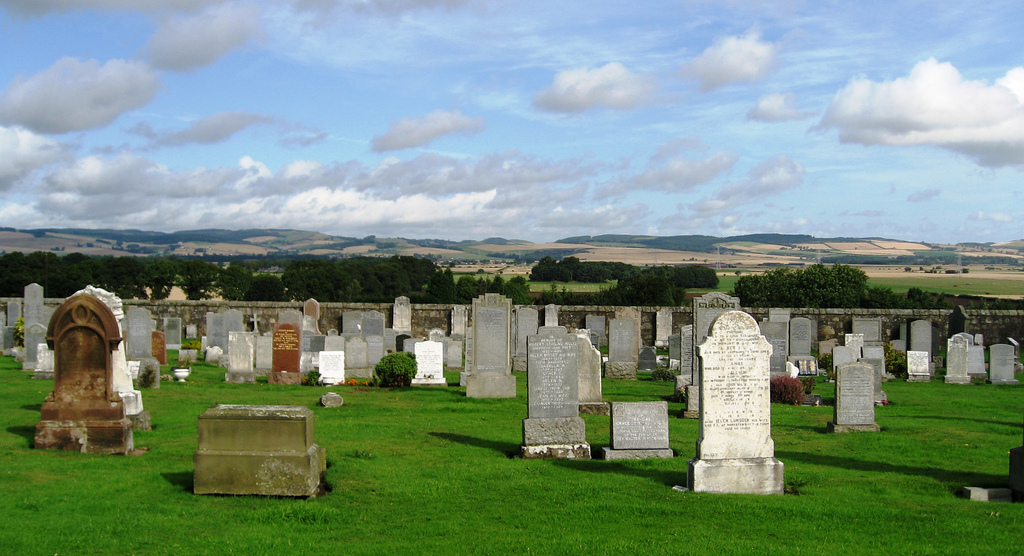 When Monique Martinot died of ovarian cancer in 1984, her husband, hoping to achieve immortality for his wife through cryonics, placed her body in an industrial size freezer in his chateau in the town of Neuil–sur–Layon, France.  When the husband, Raymond Martinot, realized, years later at the age of eighty, that his own death was imminent, he conveyed to his son that he would like to be frozen alongside his wife until such time that their bodies could be revived.  French courts objected to this method of body disposal and demanded that both bodies be removed from the freezer and disposed of in a method consistent with national law—the bodies must be buried, cremated, or donated to science.

Dead bodies are objects, but they are objects of a fascinating and unique kind—they were once possessed by autonomous beings.  Autonomous beings, according to every known moral theory, are deserving of moral consideration. Once the being has left its erstwhile vessel, does some lingering moral status remain?  Once a person is dead, what, if any, relationship exists between that person’s autonomous choices and the body-object they have left behind? Is there a moral obligation to honor the wishes of the deceased with respect to what should be done with their body after death?  Should Monique and Raymond have been allowed to rest unmolested in their modest freezer without intrusion by the government?

Under certain conditions, dead bodies can be a threat to public health.  If the deceased died of an infectious disease, the infectious agents may still be active and can be transmitted after death.  Because of the threat posed to the public in these kinds of cases, some control by the government over the disposal of dead bodies may be morally justified.  In at least some kinds of cases, then, if an individual has a right to determine what happens to their own body after death, the right of the government to protect the public against threats to general health trumps this right.  It’s worth noting, however, that the commonly held belief that all dead bodies pose public health threats is a myth.  Belief in the myth has carried with it some fairly tragic consequences.  In the aftermath of natural disasters and other mass tragedies, unidentified bodies are often buried in mass graves to get rid of the “threat to public health.”  As a result, many individuals never learn what happened to their deceased loved ones. It seems, then, that the government’s right to intervene may rest on the contingent fact that some bodies spread disease.  In a possible world in which infectious disease is eradicated, we’d need to revisit the question of whether the government can tell its citizens that they can’t keep their dead loved ones in freezers in the basement or under the rose garden in the backyard.

If the government’s right to decide what can be done with a body after death can supersede the wishes of the deceased individual in some cases, might there be others in which governmental intervention is justified?  Consider the case of organ donation. There are currently 114,555 individuals on the waiting list for donated organs in the United States. Twenty people die every day waiting for a donated organ.  Fifty-four percent of people in The United States are registered organ donors.  This might sound like a pretty impressive number, but it is dwarfed by the percentage of the population that donates organs in countries that have an “opt out” process for organ donation.  In these countries, everyone is automatically put on the organ donor list, with the option of “opting out” if they decide they’d rather not donate. In those countries, 90% of the population is on the list of registered donors.  Only 3 in 1,000 people die in a way that allows for organs to be successfully transplanted, so the more donors the better the odds that lives will be saved.  If the government is justified in determining what happens to dead bodies when their goal is to promote public health, would they be justified in enacting “opt out” policies?  After all, the need for donated organs is also a public health issue. It’s far from clear that the “rights” of the being that once occupied the dead body are a more pressing concern than the lives lost when the organs are wasted.

There are other reasons for the government to step in when it comes to disposal of the dead. The practice of burying the dead in caskets is terrible for the environment.  Many unnecessary resources are wasted in the process, including precious trees for caskets and water to maintain pristine lawns in graveyards. During the embalming process, formaldehyde—a known human carcinogen—is pumped into human bodies.  When those bodies are buried, that carcinogen eventually seeps out, polluting soil and groundwater. Burying bodies also takes up lots of space. The practice is unsustainable. Cremation is arguably better for the environment, but not much. The practice releases harmful greenhouse gasses into the atmosphere, contributing to climate change.  We aren’t without options; there are some eco-friendly ways of disposing of human remains.  Bodies can be destroyed using a process of alkaline hydrolysis, used to liquefy human flesh.  The remaining bones can then be ground into ash in a way that uses fewer resources than cremation.  Bodies can also be encased in pods that eventually grow into trees or sealed into a ball that is then sunk to the bottom of the ocean where it will feed coral reefs. These are far more environmentally friendly ways of disposing of human remains.  Given that climate change poses serious threats to public health, would governments be justified in mandating that bodies are disposed of in more environmentally friendly ways?

It seems unlikely that changes to our organ donation or funerary practices would be met with swells of public support.  This reticence should give us pause. Many variables inform cultural practices involving dead bodies. Humans have the capacity to reflect on their own mortality, and, unsurprisingly, many of us find it terrifying.  Fear, grief, and love are powerful and crucial emotions, but they have the potential to motivate the formation of superstitious rituals and guidelines for cultural practice that are ultimately indefensible when challenged.