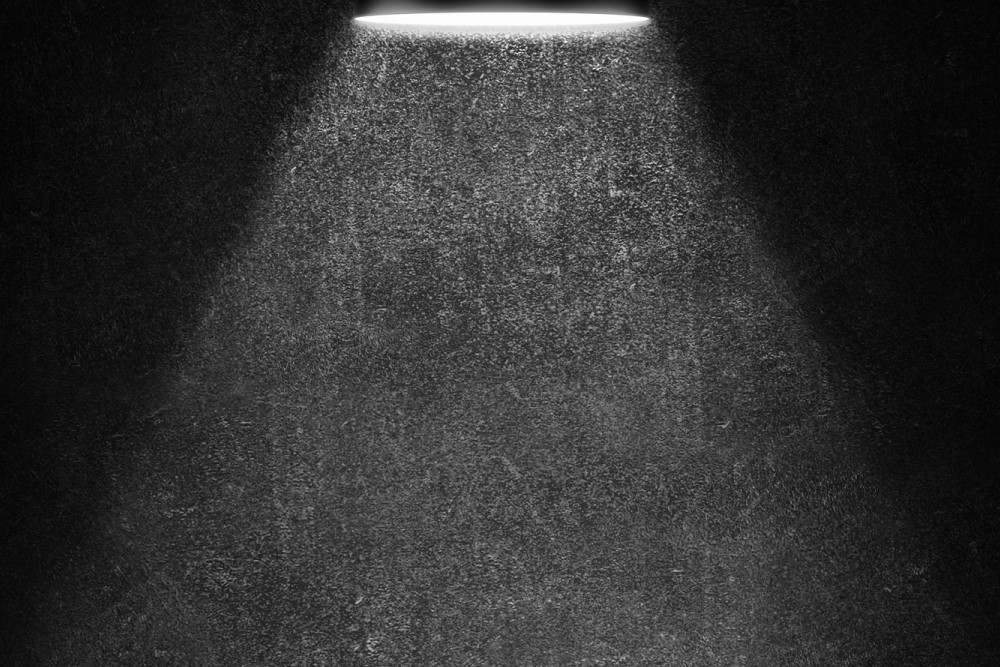 In 2018, comedian, television personality, and serial rapist Bill Cosby was convicted and sentenced by a jury of his peers to three to ten years in prison for drugging and sexually assaulting Temple University employee Andrea Constand in 2004. The Constand rape was the crime for which Cosby was convicted, but he was accused of very similar crimes by no fewer than 60 women, including two who were underage girls at the time of their alleged assaults. Cosby’s conviction was hailed as a major success for the #MeToo movement, which aims at long lasting change when it comes to misogyny and rape culture in the United States. At last, it seemed, we might finally be starting to see the end of the ability of men, especially powerful men, to get away with sexual transgressions. Even “America’s Dad” was not too powerful to be held accountable for how he treated women — or so it appeared. On Wednesday, June 30th, 2021, Pennsylvania’s highest court overturned Cosby’s conviction and he walked away a free man.

The court did not vacate the conviction because new information came to light concerning Cosby’s guilt. They did not overturn it because Cosby was actually innocent of the crimes for which he was accused and convicted. Instead, as is usually the case in these kinds of proceedings, his appeal prevailed because of a technical legal issue — in a split decision, the court found that Cosby’s due process rights had been violated. Cosby agreed to testify in a civil case related to the same allegation because a prosecutor guaranteed him that the case would not be prosecuted in criminal court. A different person, who claimed that they didn’t make the promise and were not bound by the agreement, prosecuted Cosby in the criminal proceeding in 2018. Cosby’s testimony in the civil trial was used against him in the criminal proceeding. The Pennsylvania Supreme court ruled that this violated Cosby’s rights against self-incrimination. In depositions related to these matters, Cosby has acknowledged giving quaaludes to women with whom he wanted to “have sex.”

It’s important that our justice system is procedurally fair. As a result, it’s equally important that we have an appeals process that corrects procedural unfairness. It’s extremely unfortunate that there was a technical mistake in Cosby’s conviction — based on the evidence presented at his trial, the finders-of-fact determined that he was guilty. People who have done extremely bad things are released for reasons of procedural unfairness all the time, and this is as it should be. We don’t want a criminal justice system in which prosecutors and other players in the system can bend the rules. If this were the way the system worked, anyone could be steamrolled for anything. What’s more, the victims of that kind of procedural injustice are frequently members of oppressed groups. Abandoning procedural fairness would only make these problems much worse. That said, there are many unfortunate consequences of the court’s ruling and they highlight the fact that we still have a long way to go to create an environment that is safe and peaceful for women and survivors of sexual violence.

First is the disingenuous response of Cosby himself. On Twitter, he posted a picture with his fist held high as if in victory with the caption, “I have never changed my stance nor my story. I have always maintained my innocence.” This is at best a non-sequitur and at worst an attempt to gaslight and deceive. The court didn’t find evidence of his innocence. In fact, if Cosby had not incriminated himself, that is, if he did not admit his crime in the civil proceeding, the court would not have been able to overturn his conviction in the first place.

The behavior of close friends of Cosby’s did not help matters. His long-time television wife, Phylicia Rashad, tweeted the following: “FINALLY!!!! A terrible wrong is being righted- a miscarriage of justice is corrected!” Rashad now serves as the Dean of the Fine Arts College at Howard University, and she quickly faced considerable backlash for her online remarks. In response, Rashad released an apology to Howard University students and parents saying, among other things, “My remarks were in no way directed towards survivors of sexual assault. I vehemently oppose sexual violence, find no excuse for such behavior, and I know that Howard University has a zero-tolerance policy toward interpersonal violence.” She committed “to engage in active listening and participate in trainings to not only reinforce University protocol and conduct, but also to learn how I can become a stronger ally to sexual assault survivors and everyone who has suffered at the hands of an abuser.” Notably absent from her apology was any discussion of the Cosby case specifically or the fact that she had misrepresented the reasons for his release or suggested that the substantive evidence supporting his conviction had been somehow undermined by the appellate court.

Overturning Cosby’s sentence led to a mountain of celebrity apologetics online — enough to make rape survivors feel very uncomfortable. When celebrities are involved, many people succumb to confirmation bias — in this case they have affection for the wild-sweater-wearing, Jell-O-pudding-slinging, television super dad of their youths, and they don’t want to believe that a person they liked so much could be capable of doing the things for which Cosby has been tried and convicted.

The fact is, survivors of sexual assault watch all of this happen and they see how eager people are to trust their heroes and how reluctant they are to trust accusers. This impacts the willingness of a victim to come forward because they see how they might be treated if and when they do, even in cases in which the evidence is overwhelming.

This case emphasizes the moral necessity of educating our children in more comprehensive ways when it comes to rape culture and the kinds of biases that come along with it. We need to teach children not just about the mechanics of sex, how to engage in family planning, and how to avoid STDs. We also need to have open and honest conversations with young people about the nature of consent.

Unfortunately, some state legislatures are quite unfriendly to the concept. For instance, this year, lawmakers in Utah rejected a bill that would have mandated teaching consent in schools. Their reasoning was that teaching consent suggests to children that it might be okay to say yes to sex before marriage. The majority of the state’s lawmakers favor an abstinence-only policy. But refraining from talking to students about what it means to grant consent results in people having ill-formed ideas about the conditions under which consent is not given. This leaves us with a citizenry that is willing to pontificate on social media about whether giving someone a quaalude in anticipation of “sex” is really setting the stage for rape. Our children should all know that it is.

Children should be taught further that even the most affable and charismatic people can be sexual offenders. In fact, having such traits often makes it easier for these people to commit crimes unsuspected and undetected. A real commitment to ending rape culture entails a commitment to speak openly and honestly about sex and sexual misconduct. In practice, abstinence only policies are, among other things, a frustrating barrier to the full realization of women’s rights. 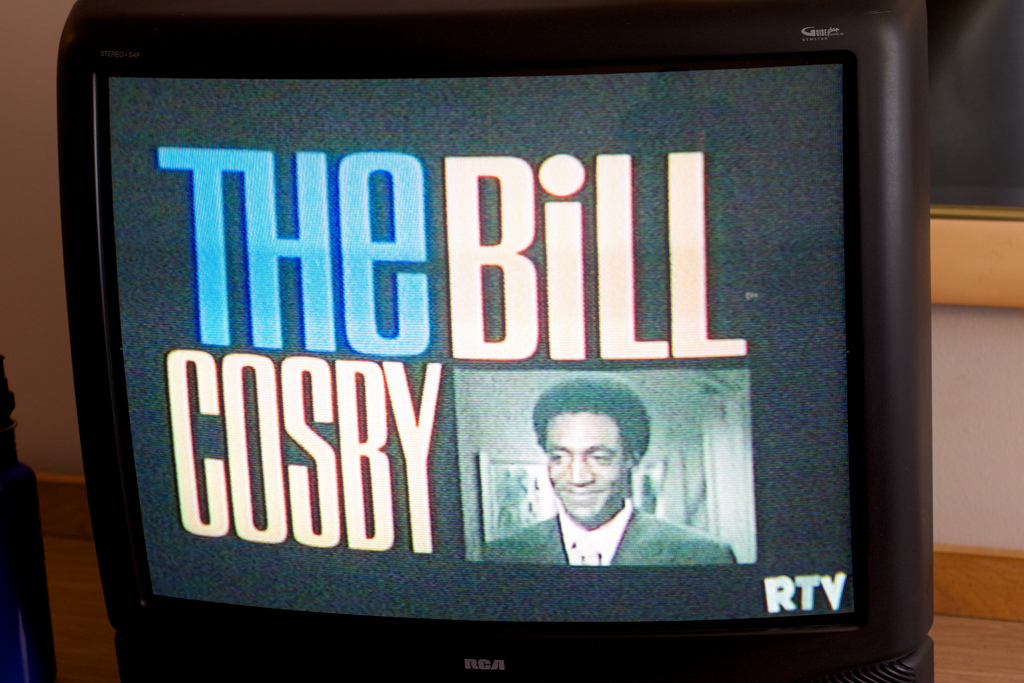 It is becoming a common occurrence to read in the news that one of your favorite actors, musicians, filmmakers, or other celebrity does not have the quality of moral character that you perhaps thought they did. Examples are plentiful: Bill Cosby has been convicted on three cases of aggravated assault against women (and been accused of many more); Harvey Weinstein was recently indicted on rape chargers; Kevin Spacey has been accused of sexually propositioning a minor; Spotify recently decided to remove the songs of R Kelly from the platform amid many allegations of sexual assault; and most recently (at least, at the time of writing this) Rosanne Barr’s racist tweets resulted in the cancellation of the reboot of her show Rosanne. What inevitably follows each new accusation, indictment, arrest, or general revelation are articles, opinion pieces, and discussions online and in print asking the same question: is it okay for me to watch shows, or movies, or listen to music, made by people who have done reprehensible things? END_OF_DOCUMENT_TOKEN_TO_BE_REPLACED