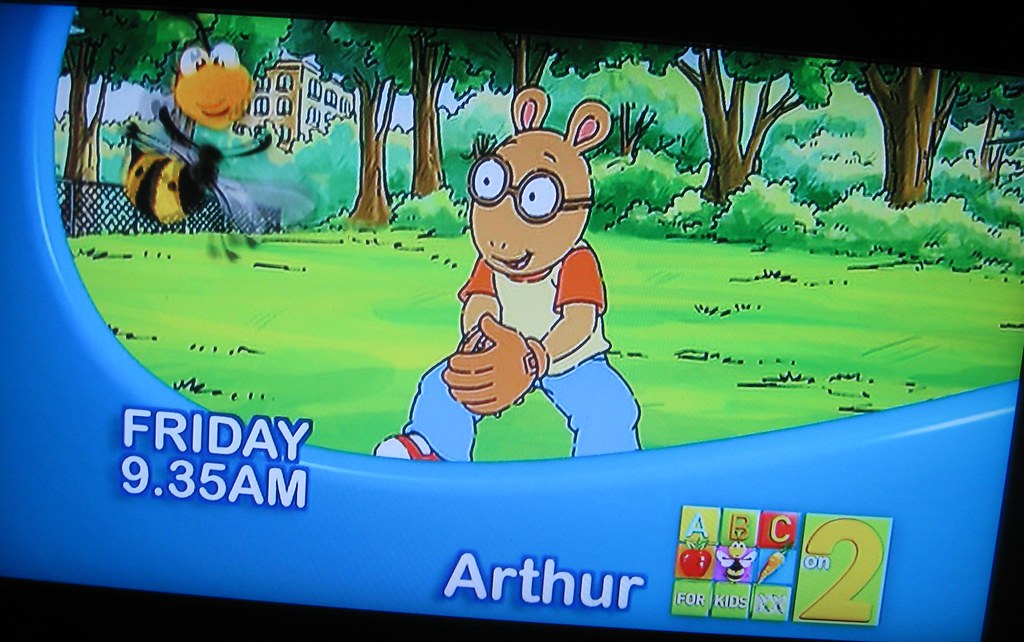 On May 13th, the children’s television program Arthur, based on the popular storybooks featuring anthropomorphic animals, premiered its 22nd season with an episode titled “Mr. Ratburn and the Special Someone.” Alabama Public Television refused to broadcast it, citing concerns about its inclusion of a same-sex wedding. In the story, Arthur and his friends learn that their teacher, Nigel Ratburn (a staple character for decades), is engaged to be married, but they worry about what that will mean for their future when they see him with a grumpy, unfamiliar woman. Eventually, the children realize that the woman is Mr. Ratburn’s sister who is in town to officiate the ceremony – Nigel’s actual partner is revealed to be Patrick, a kind chocolatier introduced in the episode. In the show’s closing moments, the children celebrate their teacher’s happiness as one comments “It’s a brand new world,” before they all chuckle at Mr. Ratburn’s embarrassing attempts to dance.

The notion that homosexuality is scandalous and demands censoring for younger audiences is not new, but the majority of Americans actually claim to support same-sex marriage, particularly since its federal legalization in 2015. A Gallup poll from May of last year indicates that as many as two-thirds of U.S. adults say that gay marriages should be legally valid and, although the numbers in the South are lower, a majority (55%) still support marriage equality. Nevertheless, APT explained its decision to not air Mr. Ratburn’s wedding as a matter of free choice: “Our broadcast would take away the choice of parents who feel it is inappropriate,” explained programming director Mike McKenzie.

Initially, Alabama was not alone in its decision: the Arkansas Educational Television Network similarly cited content concerns about the story, saying, “In realizing that many parents may not have been aware of the topics of the episode beforehand, we made the decision not to air it.” This sentiment reflects the position of Christian advocacy group One Million Moms, a division of the American Family Association which stated on its website, “Just because an issue may be legal or because some are choosing a lifestyle doesn’t make it morally correct. PBS Kids should stick to entertaining and providing family-friendly programming, instead of pushing an agenda.” AETN later reversed its decision and plans to air the episode at the end of May.

Censorship is (perhaps a bit ironically) a topic long-discussed in political philosophy: ever since Socrates was put to death for his “impious” words, the Western philosophical tradition has harbored a certain wariness about the notion of silencing discussion or debate prematurely. Towards the end of the second chapter of On Liberty, John Stuart Mill lists four reasons why he considers the unrestrained dissemination of ideas within society important (all other things being equal):

The only sort of censorship that Mill even hints at supporting is that of “vituperative language” against minority positions (in the interest of encouraging further discussion) – and, even then, he clarifies firstly that it should be a censorship of presentation, not content, and secondly that it would be accomplished via social stigma, not formal law. From Mill’s position, the decision to prevent the dissemination of a playful children’s program (which, it might be noted, never actually explicitly discusses Mr. Ratburn’s sexuality) seems difficult to defend.

Of course, one might then ask: does this mean that nothing can ever be censored? Should PBS follow the latest Arthur episode with a news report filled with graphic footage of the day’s disasters? This seems wrong for an entirely different set of reasons. Tactfulness and discerning the appropriate context within which a topic can be properly discussed is a matter of skill that does not come easy to everyone; we’ve all had experiences where someone has “overshared” personal information in professional meetings or referenced something disgusting over what had previously been a polite meal. The public television stations in Alabama and Arkansas held that a cartoon is an inappropriate setting for a gay marriage celebration, even one as subdued as Mr. Ratburn’s (the scene itself never actually shows the technical ceremony and neither Patrick nor Mr. Ratburn speak).

Two questions, then, remain – one universal to the matter of censorship and the other more specific to this case:

Regarding (1), consider how security issues might well require that some information be kept quiet (about, for example, the travel plans of a state official) or how, for the sake of the mental stability (or even physical safety) of given members of an audience, some topics should be avoided or ignored – the so-called matter of “deplatforming,” as when white nationalist Richard Spencer decided to cancel his speaking tour last year after persistent protests. If the concerns of (1) are severe enough, the pro-censorship side can defend its position as a matter of safety, not ideological purity, thereby avoiding Mill’s concerns.

To answer the second question affirmatively is simply to express a bias against any relationship that is not heterosexual – something which might actually indirectly violate (1) and which is itself up for legal review by the SCOTUS with a ruling expected next year.

But it seems like the position of APT and AETN was that airing “Mr. Ratburn and the Special Someone” could potentially provoke harmful situations in homes that do not affirm same-sex marriages and would, as a consequence of the program, need to explain such things to young family members – that is, the stations based their decision on (1), not (2). Certainly, by calling it “agenda pushing” and labeling it as something other than “family-friendly programming,” One Million Moms explicitly thought the episode to be harmful in some way. If one works with a sufficiently broad definition of “harm,” then the uncomfortable tenor of some household conversations might well qualify – but, that’s ultimately no different than saying “not everyone is going to like this thing that I’m talking about” and unanimous approval is an impossibly high bar for permissibility. At this point, we seem perilously close to former Supreme Court Justice Potter’s famously ad hoc inability to describe ‘obscene speech’ – but his insistence that “I know it when I see it.”

PBS Kids spokesperson Maria Vera Whelan explained, “We believe it is important to represent the wide array of adults in the lives of children who look to PBS Kids every day” and Marc Brown, the creator of Arthur, told People magazine that “We all know people who are gay, who are trans, and it’s something that is socially acceptable. Why is there this discomfort that it takes a leap into our national media?” Particularly given the general support for same-sex marriage across the country, this discomfort is curious indeed. Same-sex relationships have been around far longer than the Obergefell v Hodges precedent and pretending otherwise only serves to perpetuate unnecessary ignorance.

After all, as one conservative pundit likes to frequently remind his fans, “Facts don’t care about your feelings.”