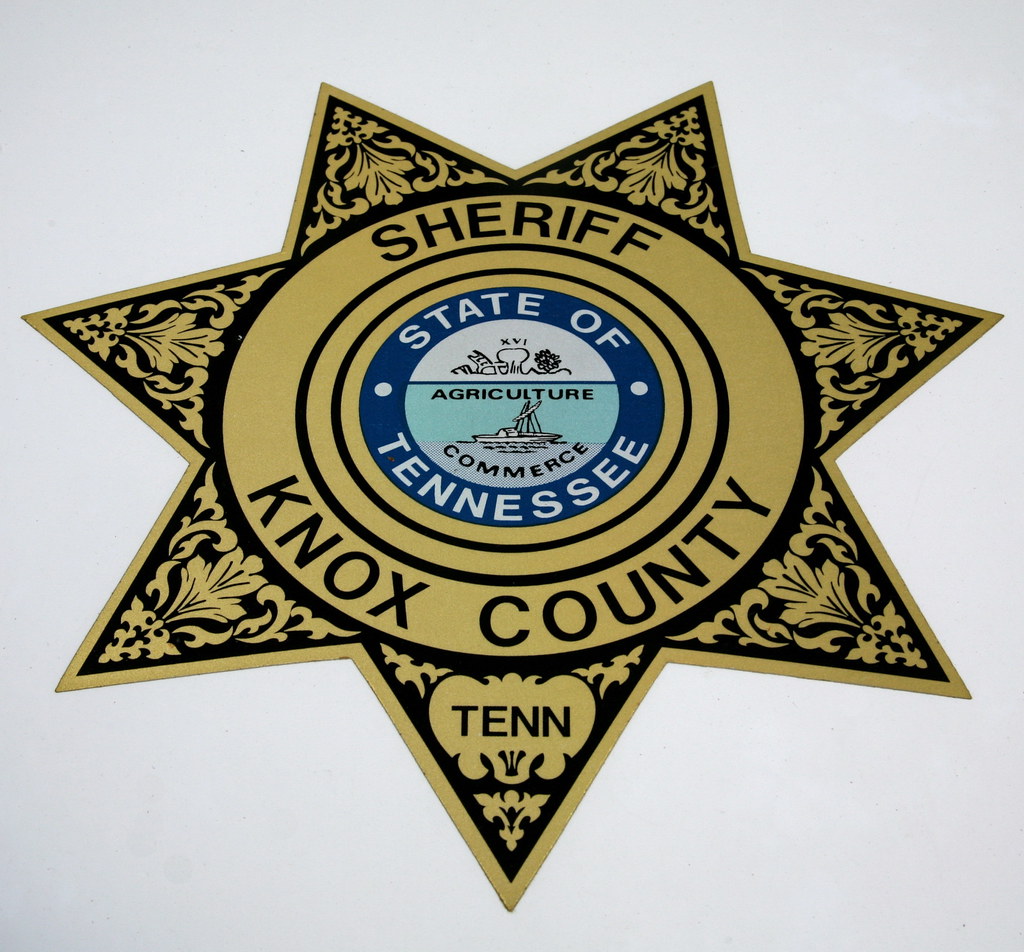 On June 19th, a restaurant in Tennessee declined to host an event sponsored by a local church group after the church’s pastor made headlines calling for the state-sponsored execution of LGBTQ individuals. All Scripture Baptist Church, an independent congregation in Knoxville led by pastor (and former deputy of the Knox County Sheriff’s office) Grayson Fritts, had planned to hold a ‘Small Town Soul Winning’ event at a Cracker Barrel in Cleveland, TN, but a campaign sparked by the Tennessee Democratic Party quickly led to the popular southern-comfort restaurant chain issuing a statement citing their “zero-tolerance policy for discriminatory treatment or harassment of any sort” as well as their strict prohibition of “any type of protest or public demonstration” on company property. They have advised Fritts and his group that they will not be welcome at any of their locations.

In addition to his hateful comments (which likened LGBTQ people to “freaks” who were “infesting the nation,” called homosexuality a “capital crime” that should be punished with death, and named diseases like HIV and AIDS “their reward for engaging in this kind of behavior”), Pastor Fritts attracted national attention because of his bivocational position as a Knox County sheriff’s deputy. Though Fritts was asked to take a buyout offer for his position and has been placed on leave until it takes effect next month, he has been a government employee for nearly twenty years.

A case like this presents several interesting conflicts: for example, a private citizen publicly calling for violence against a marginalized group is something which clearly violates both ethical and legal norms. Particularly if Fritts’ words incited physical violence, we might rightfully expect him to be held accountable for them. However, Fritts — as citizen — has not (evidently) engaged in physical violence, and has expressed his homophobic preferences under the guise of his religious faith — a category we often take to allow for unusual exceptions for what’s allowed in the realm of speech (if not of other forms of action). If Mr. Fritts thinks that his spirituality entails his anti-LGBTQ position, then he might well expect the freedoms of the First Amendment (including the freedom of speech and religious practice) to protect his expressions from governmental oversight, however unpopular they might be (and provided they do not inspire anyone to action).

However, in addition to his pastoral position, Fritts had (until placed on leave as a consequence of his comments) served as a deputy in the Knox County sheriff’s department. His suggestion that the state should prosecute members of the LGBTQ community, leads to immediate questions about Fritts’ capability to fairly serve as an officer of the law. If the homophobia in his sermon evidenced his true convictions about social policy, then it seems unlikely he would be able to protect and serve the citizens whom he thought deserving of moral punishment. Following the public outcry over his inability to perform his duties in light of his sermon’s content, Fritts was removed from active duty and will soon leave the department.

Western philosophers frequently discuss the importance of free speech, often treating it as one of, if not the, foundation upon which philosophical inquiry can stand. In chapter two of On Liberty, for example, John Stuart Mill famously defended “the fullest liberty of professing and discussing, as a matter of ethical conviction, any doctrine, however immoral it may be considered.” Granted that they did not incite violence, Mill would generally support Fritts-the-citizens’ expressions — not because he would necessarily agree with the message, but rather because Mill would agree with the quip from Evelyn Beatrice Hall (often mis-attributed to her friend Voltaire or, sometimes, to the American Patrick Henry) that “I disapprove of what you say, but I will defend to the death your right to say it.”

Although he too valued free inquiry, Immanuel Kant took a different approach to the free expression of that inquiry. In his 1784 essay “What is Enlightenment?,” Kant explains how the social roles we inhabit limit how we can rightfully behave. When functioning as the representative of an organization – as one does when they wear a uniform or speak in an official capacity – Kant calls this the “private” use of reason (since the speaker’s reasoning abilities are being applied to the private purposes of the group); when arguing on one’s own behalf – in, say, self-published writings under one’s own name – this is Kant’s “public” use of reason.1 Because the development of widespread public use of reason is essential for the continued development of society (“enlightenment”) overall, Kant thought that it should be free in a roughly Millian sense. However, the private use of reason can be rightly constrained in all sorts of ways — particularly if the private application of one person’s reason could limit the public use of another’s.

For example, Kant points out how an officer on duty cannot criticize his orders without undermining the authority of his office; when representing his duties as an officer, the soldier is restricted to obeying his superiors, but when speaking “publicly” as an individual citizen, “he could not rightfully be prevented from taking notice of the mistakes in the military service and from submitting his views to his public for its judgment.” Or, similarly, Kant talks about how citizens are obligated as citizens to pay their taxes, but they are free (as individuals) to express doubts about the propriety of those taxes. This two-tiered split between the public and private spaces is a hallmark feature of post-Enlightenment thinking.

What, then, was Fritts’ sermon doing? Was it the public expression of an individual simply speaking his mind? Or was Fritts acting as a representative of a particular office?

Kant clearly would think the latter. His primary example of a private use of reason which can be easily abused is the office of clergymember who defines certain dogmas as ‘orthodox’ to limit the freedom of church members’ thinking. To Kant, preachers should preach within the boundaries of their ordination; if a preacher wishes to go beyond those doctrines in their personal writings or conversations, they are free to do so – but such distinctions should be clearly marked. By saying anything from the pulpit, it is implied that this is the official position of the organization, just as how saying anything while wearing a uniform lends the authority of that uniform to the words. It is imperative for Kant that individuals like Mr. Fritts, who (at the time) carried both governmental and ecclesial power, make clear in what mode they are speaking – as representatives of their respective organizations or as free individuals with opinions of their own.

Because Fritts was speaking not just as Mr. Fritts, but as Pastor Fritts, Kant would likely support cautionary limitations on his freedom of speech insofar as Fritts’ words conflict with the cohesive message of his religious community as a whole. These restrictions might not take the form of legal proscriptions from the state, but would be the responsibility of the (in-theory) misrepresented group itself to restrain their rogue member. The fact that Fritts’ particular congregation is aligned with his perspective simply means that it would fall to his wider faith community as a whole to condemn his speech and the entirety of the small church body’s viewpoint.

Furthermore, by failing to distinguish between Mr. Fritts, Pastor Fritts, and Officer Fritts, Kant would condemn the improper confusion of multiple public roles. Kant points out in “What is Enlightenment?” that anyone who does believe things contradictory to their office “would not be able to administer his office with a clear conscience. He would have to resign it.” Because Fritts’ speech has given clear evidence that his biases reveal underlying convictions contradictory to a police officer’s oath of public service, Kant would likely doubt Fritts’ ability to perform his sheriff’s duties in the proper way and support his professional removal.

So, as with many things in Kant, the conclusion here is complicated, but at least one thing is clear: he saw the cooptation of another person’s thinking as downright sacrilege, as well as the likely result of misrepresenting a group’s identity. Because enlightenment requires everyone to be able to think for themselves without relying on others to do it for them, Kant thought that everyone should be free to think and argue whatever they like – but in order to think rightly, we need to be able to trust that the representatives of an organization fairly reflect their group. For Pastor Fritts to ostensibly speak for a centuries-old faith community with billions of members worldwide (many of whom are members of the very marginalized group he slandered) – obligates him to treat his words more carefully.

Perhaps this is, in part, why Mr. Fritts’ own Bible cautions people from becoming teachers, lest they “receive the greater condemnation” (James 3:1).

1 Notice that this is roughly backwards from how we often talk about the ‘private’ and ‘public’ categories today. Many thanks to both @ergo_praxis and Florence Bacus (@morallawwithin) for their assistance in clarifying this tricky point of Kant’s. Any confusion of mine that remains is certainly despite their efforts.